How to Stamp the First Spring Robin 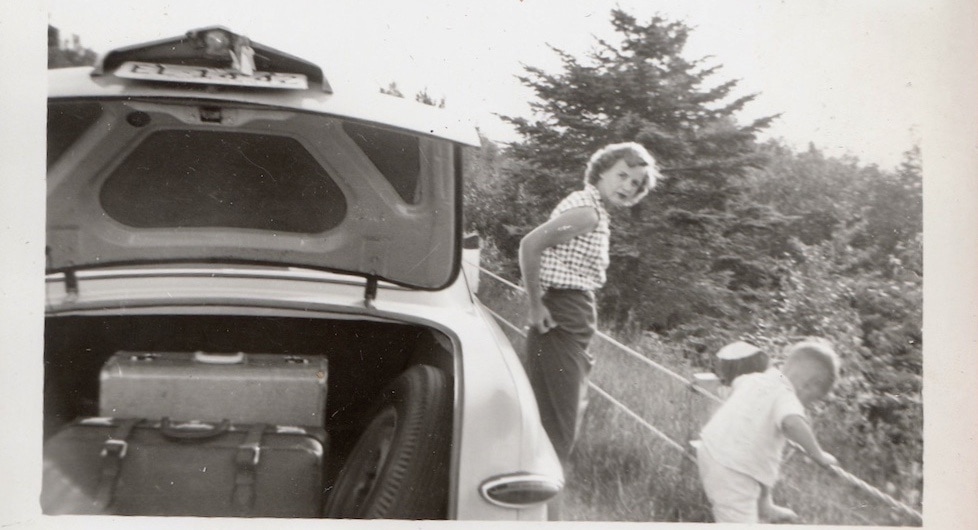 Yep, it’s really a thing. Especially for this Michigan family.

I’m not sure who first showed my grandma how to stamp the first spring robin. It is not a skill mentioned in Birds of North America, but because she taught me, I can tell you how to do it, and why.

Here in Michigan, where Marilyn always lived, not all robins migrate southward for winter. Some robins stay put and winter here, amid groups of other birds, blending in. But unlike a hardy cardinal who will brighten a snowy view, or a crow who doesn’t care when you see or hear it, the state bird stays mostly out of sight, out of mind until springtime.

When spring arrives depends very much on where you live. It warms up earlier downstate, where Marilyn and Ed lived. Sometimes March really does go out like a lamb down there, and robins show up earlier. Spring, and spring robins, come a few weeks later in Frankfort, where they spent summers, and warmth comes later yet up in Hermansville, the tiny town on the U.P.’s border with Wisconsin where Marilyn was born. A December baby, she liked to tell the story of the country doctor who came into their house stomping the snow off his boots, cleaned his fingernails with his knife, delivered her and went right back out into the woods again.

If you “stamp” the first robin you see once the snows melt, it will bring good luck. You can do this even if you are not very superstitious. Marilyn had an aunt who read the tea leaves from the bottom of a China cup, and it was fun, but she didn’t put much stock in it. Annotations in her cookbooks all deal with measurements, never improvisation. If Ed hadn’t insisted she stay home because his job at General Motors “was enough,” Marilyn said she would have liked to become a librarian.

This all to say, even the data-minded can celebrate spring by stamping a robin. Here’s how: When you see the first robin, you lick the pad of one thumb and grind it into the opened-flat palm of your other hand, as if securing the kind of stamp that needs licking on the “envelope” of your hand. That’s it. The missive need not be addressed, apparently the stamp knows where it’s going. The only other thing that needs doing is to telephone a couple of loved ones, whom you’ve taught to stamp robins, and let them know that you’ve done it. If you’re the first to do it, you should alert the others that it’s time. If they beat you to the stamping, you let them know anyway because it’s something good to talk about.

Don’t worry about missing your chance. Once the mission is ingrained in you, you will always know, as soon as that robin appears, to stamp it. You’ll spot the orange flag of its breast against the slush-gray end of winter. Lick your thumb and use it to stamp your other palm and make it official. It is satisfying to do so, like balancing your checkbook to the penny, but better because you are a group and the forsythia will blossom any day now.

Meredith Counts is one of the founding editors of Dead Housekeeping, where a version of this essay first appeared. Her grandma, Marilyn Grahl, renewed her Traverse Magazine subscription every year around Christmas time.