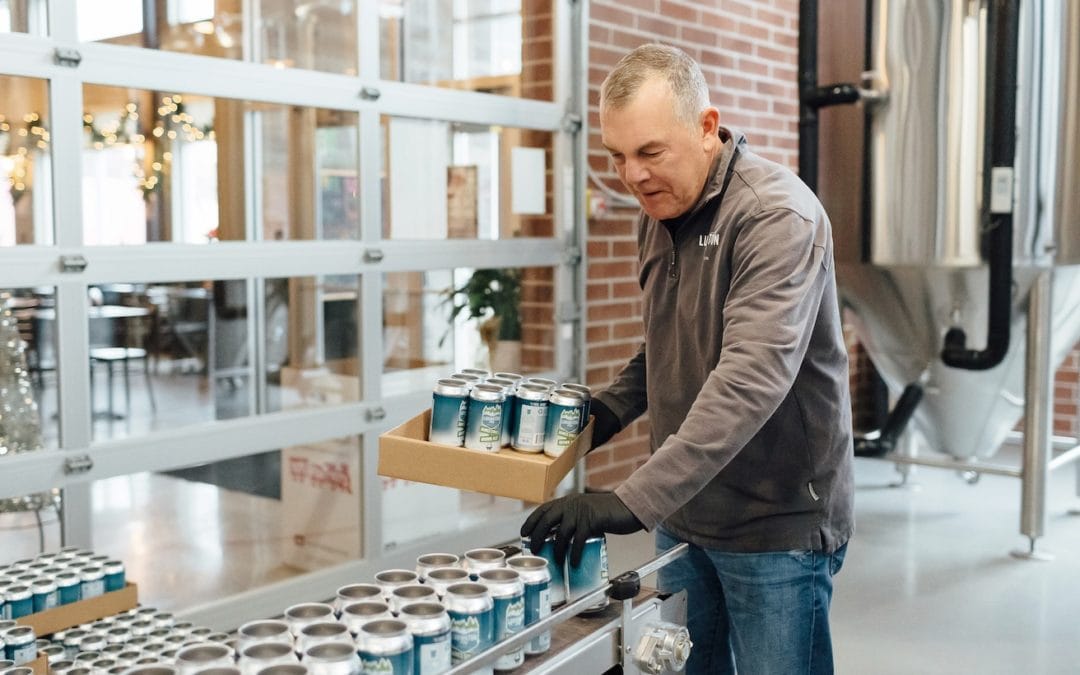 Former high-level executives hang up their suit jackets and head to Northern Michigan in their retirement—only they don’t retire. Not quite yet anyway.

Armed with skills they’ve tailored in their 30+ years in the corporate world, Ted Gedra and Jeff White are now giving their new enterprises all they’ve got. And the perfect place to put their passions into business? Ludington, Michigan. Find out how these two are bringing vibrant energy and big opportunities to this Northern town.

He was introduced to the Up North lifestyle by his grandfather in 1957. By the time Ted was a teen, his love for the Ludington area “permeated his DNA.” Throughout his more than 30-year career at Grand Rapids-based shoe company, Wolverine Worldwide, he took his family North, too. So when he retired at 60 years old, and knew he needed to keep busy, it was a natural fit for Ted to take his skill set and start a business in Ludington.

“During my travels, especially early on in my career, I’d travel to the West Coast,” says Ted, now the owner of Ludington Bay Brewing Co. “That’s where the craft beer industry was starting to take hold. I found that one of my passions, one of the things I really enjoyed as I moved up the ladder, was spotting trends in the marketplace and conceptualizing products in those emerging markets.”

Seeing a hole in microbrew distribution, Ted decided to take the plunge and jump in after he retired. He opened Ludington Bay Brewing Co. in 2017.

“I went into another industry but I took my skill set that I learned in the shoe business and I feel like it applied. You need to have good branding instincts, good positioning instincts, spot trends,” he explains. “Most of all you need to have really good people. And that’s the other thing I really enjoyed—building a team and creating a culture behind that team. I’ve been very blessed by having a fantastic team in Ludington.

“The beer industry I can’t say enough about—it’s so collaborative.”

You can’t ever do anything in this world unless you have a passion for it. And I had a passion for craft beer and the industry. I had a lot of people who looked at me and said, “Are you crazy? You just got done traveling! Why?” But to me it’s just so much fun. I don’t see it as work at all. I am having a blast!

Why not a traditional retirement for the Whites?

So that’s what they did. They left Indiana—where they both had extensive marketing careers—and moved back to Jeff’s hometown of Ludington.

Before the big move back, they had continued to visit the area regularly as their careers continued, noticing one particular piece of Ludington land. “We’ve always looked at this land with great value because of its view,” Jeff says. “My wife was the one who said this would be a great event venue.”

They purchased the land in late winter 2018, and by August ground was broken for an event venue site boasting beautiful harbor views and sunsets.

“Growing up in the sales side of the business from account managers to running a TV station, researching customers’ needs is just as important,” Jeff says. Their background of developing a brand and its message while marketing to the right platforms has been a beneficial skill in the White’s industry transition.

I think people need to know they don’t need to be caught up in their current job if they don’t enjoy it. It can be scary to take that jump but if you see an opportunity, take it. As you balance life and career and kids, you try to keep it as stable as you can. Take the leap for your family’s well being. It probably takes a little bit of age to figure that out.