The Accidentals Perform Intimate “Time Out” Shows After Equipment Stolen 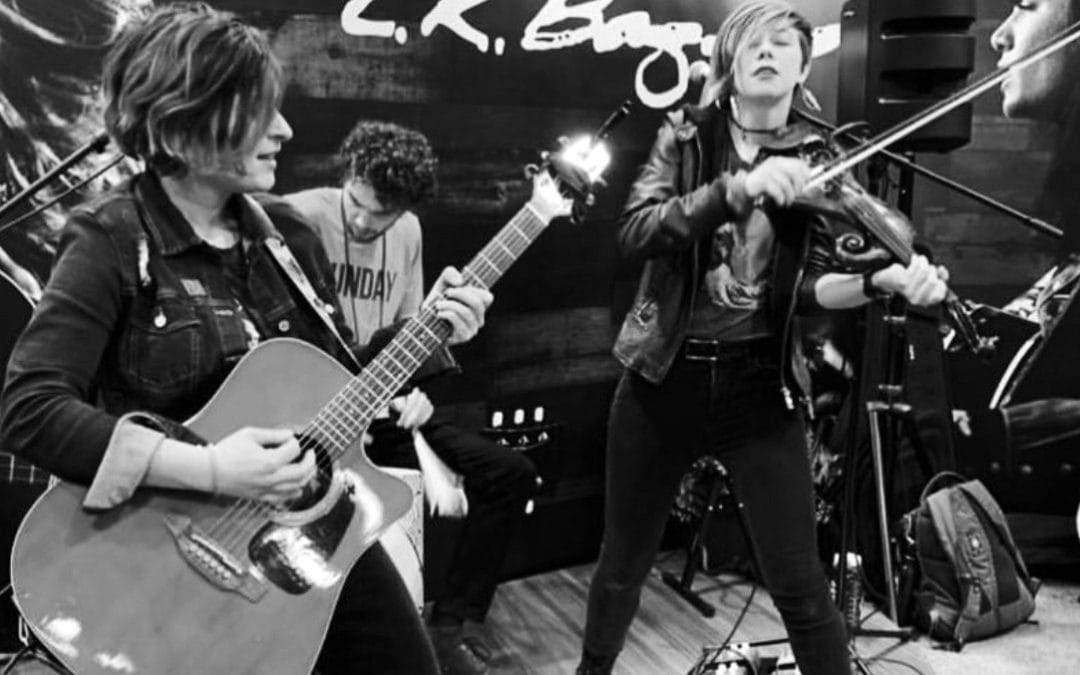 On the heels of one of their worst experiences, The Accidentals are looking forward to one they expect to be among their best. Savannah Buist, Katie Larsen and Michael Dause have returned home to Northern Michigan after thieves stole $70,000 worth of equipment while they were on tour. Undaunted, Buist and Larsen will be heading onstage with The Crane Wives for three shows combining songs and storytelling, including a February 17 performance at the Ramsdell Regional Center for the Arts in Manistee. (More performance information below.)

The band’s troubles began when the check engine light went on in their van while they were out West. “We were embarking on a tour to get to NAMM,” Buist says. The annual National Association of Music Merchants trade show in Anaheim, California showcases the latest audio gear and instruments and also highlights off-the-cuff performances by musicians. The band pulled into Phoenix and discovered their van needed a new engine. But that wasn’t the worst of it. The next morning they discovered the trailer with most of their equipment was gone.

Their claim was denied by their insurance company as the trailer was parked outside their hotel and not attached to the van. They’d taken their string instruments to the room but lost all their amplification and audio equipment, merchandise and percussionist Dause’s drums.

Despite the blow, they managed to make it to NAMM where they performed and met with some of their sponsors in hopes of getting replacements for their stolen gear. “We got a little equipment. Michael got some drums,” Larsen says. “We’re borrowing, renting.”

Larsen and Buist first teamed up in high school orchestra as string players, adding to their repertoire a bevy of other string instruments. They later incorporated Dause into their sound to make the group a trio. Their profile has grown with accolades from their audiences, critics and fellow musicians, including being named one of SXSW’s seven breakout acts in 2015 from among 2,200 bands.

Buist and Larsen will take the stage at the Ramsdell along with Kate Pillsbury and Emilee Petersmark, the female half of the Grand Rapids indie-folk band The Crane Wives. The “Time Out” shows include songs and stories. The Accidentals have done similarly-themed performances with May Erlewine and Beth Nielsen Chapman and say the positive experience and audience response prompted them to do it again.

“We hope to have people laugh, cry, walk away inspired,” Buist says.

And that includes the performers. Larsen says they get insights and motivation from a host of other musicians, such as Erlewine, The Crane Wives and others from the Michigan music scene. ”Emilee and Kate are inspiring, watching them tell their stories,” Larsen says. “We’re really excited.”

While the “Time Out” shows are up next, on deck is the band’s first trip to Europe. “We’ll start in Ireland and then the UK in March. Then we’ll do some more educational outreach,” Buist says. “The best part is the idea that music is about connections. We write songs and share them, and people take different messages from them.”