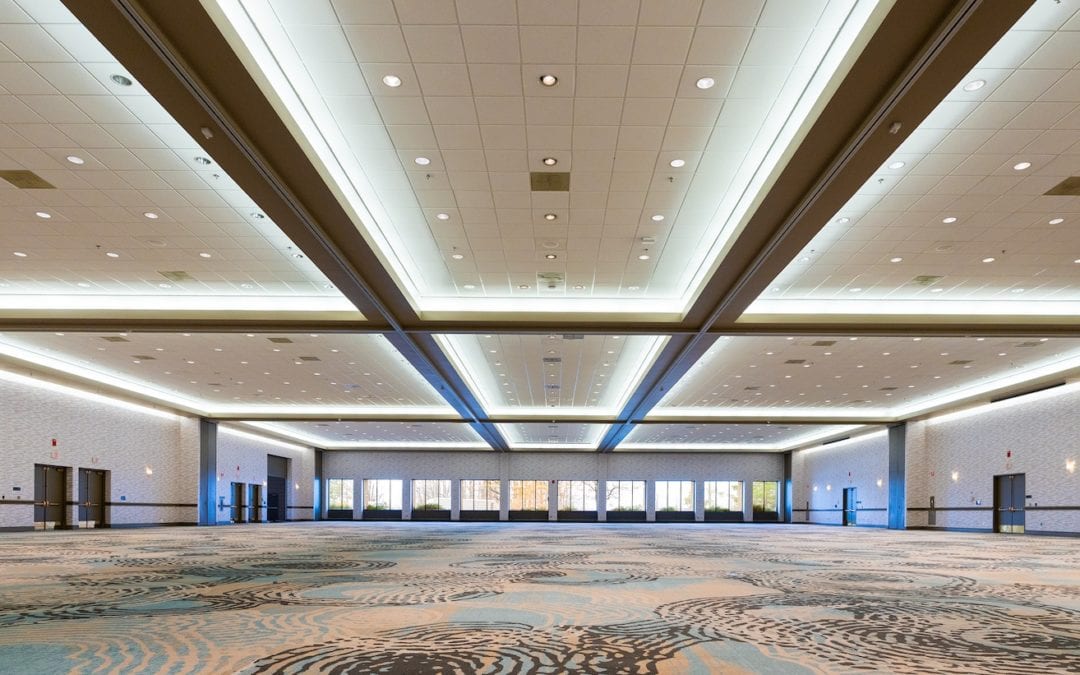 “We are incredibly excited for this transformation,” says Director of Sales Ryan Buck. “Presenting a chic and updated aesthetic to accompany numerous technological updates is so important for us. We very much value the groups that visit us year after year. This renovation is as much for them as it is for the resort overall.”

During its 32-year history, Governors’ Hall has proudly welcomed groups such as the Center for Automotive Research, Michigan Townships Association and the American Sugar Alliance, among many others. The versatile meeting space accommodates up to 2,500 people, with partitioning to divide the hall into six separate rooms. Twenty-foot ceilings and a pillar-free design allow space for diverse exhibits, which have included a Coast Guard helicopter and a live elephant over the years. A large pre-function area is also available for exhibits and entertainment.

Updates to the hall include a state-of-the-art Crestron sound system, digital signage, all-new air walls and a private office for meeting planners. The design of the space was inspired by the natural beauty of the Traverse City area. From décor to carpeting to lighting, the “lake effect” theme is reflected throughout the new Governors’ Hall.

“The natural surroundings of Northern Michigan add a distinct atmosphere to a meeting or event and offer a way for our groups to connect and create memories,” Buck says. “We wanted to bring that feeling into the new space, especially given the resort’s sustainability commitments to our region.” 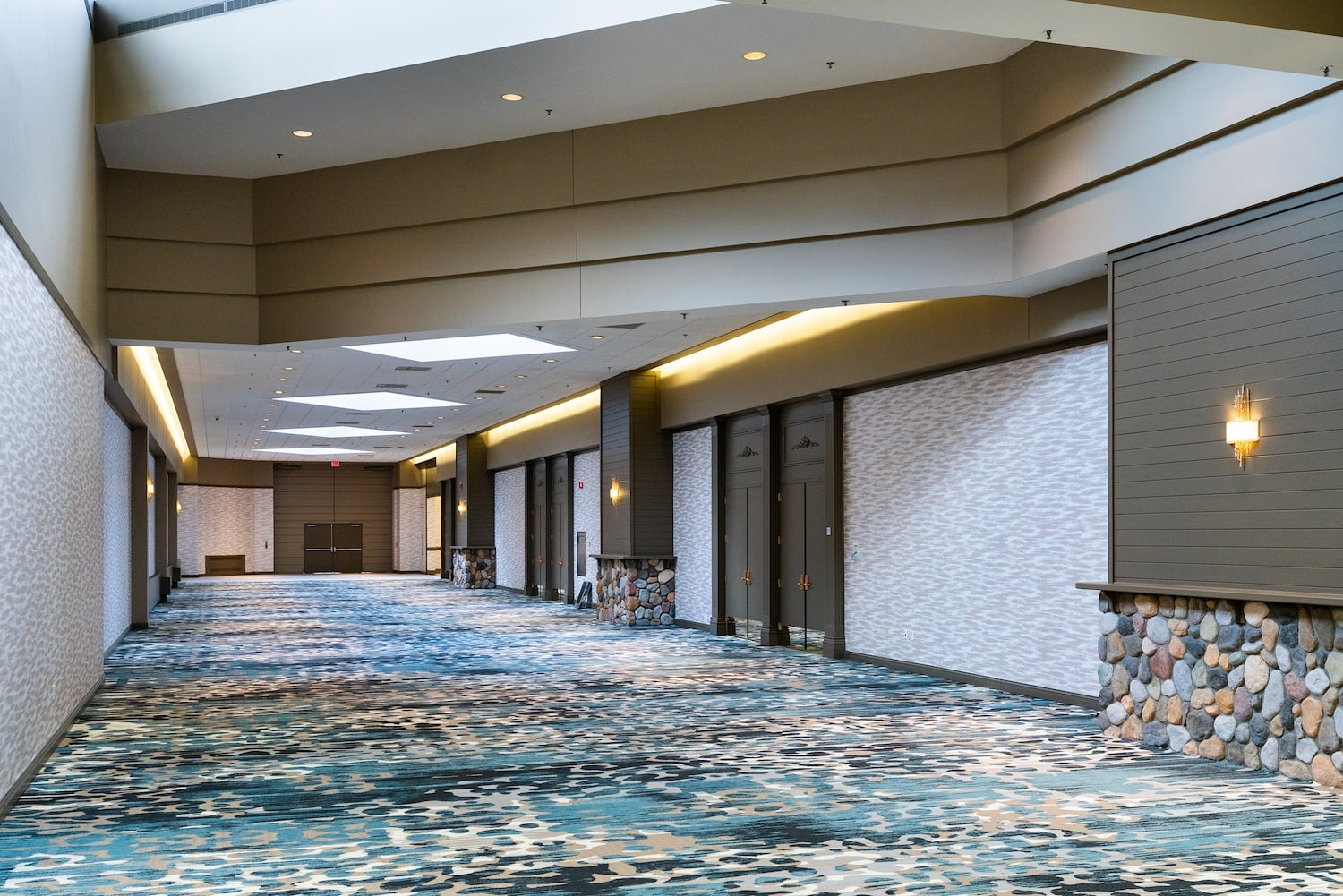 Other nods to the resort’s commitment to a greener future include new linen-less tables, Michigan-made banquet chairs and LED lighting in the Governors’ Hall.

The renovation follows on the heels of remodels of the resort’s Executive Boardroom meeting space (September) and the award-winning Spa Grand Traverse (February). Buck says these efforts come in response to a surge of national interest in the Traverse City area.

“There is a lot of excitement around Traverse City and this region. The numerous accolades and increased national exposure are getting new eyes on this area, and planners are recognizing us as an exciting, affordable and safe destination to host an exceptional event.” 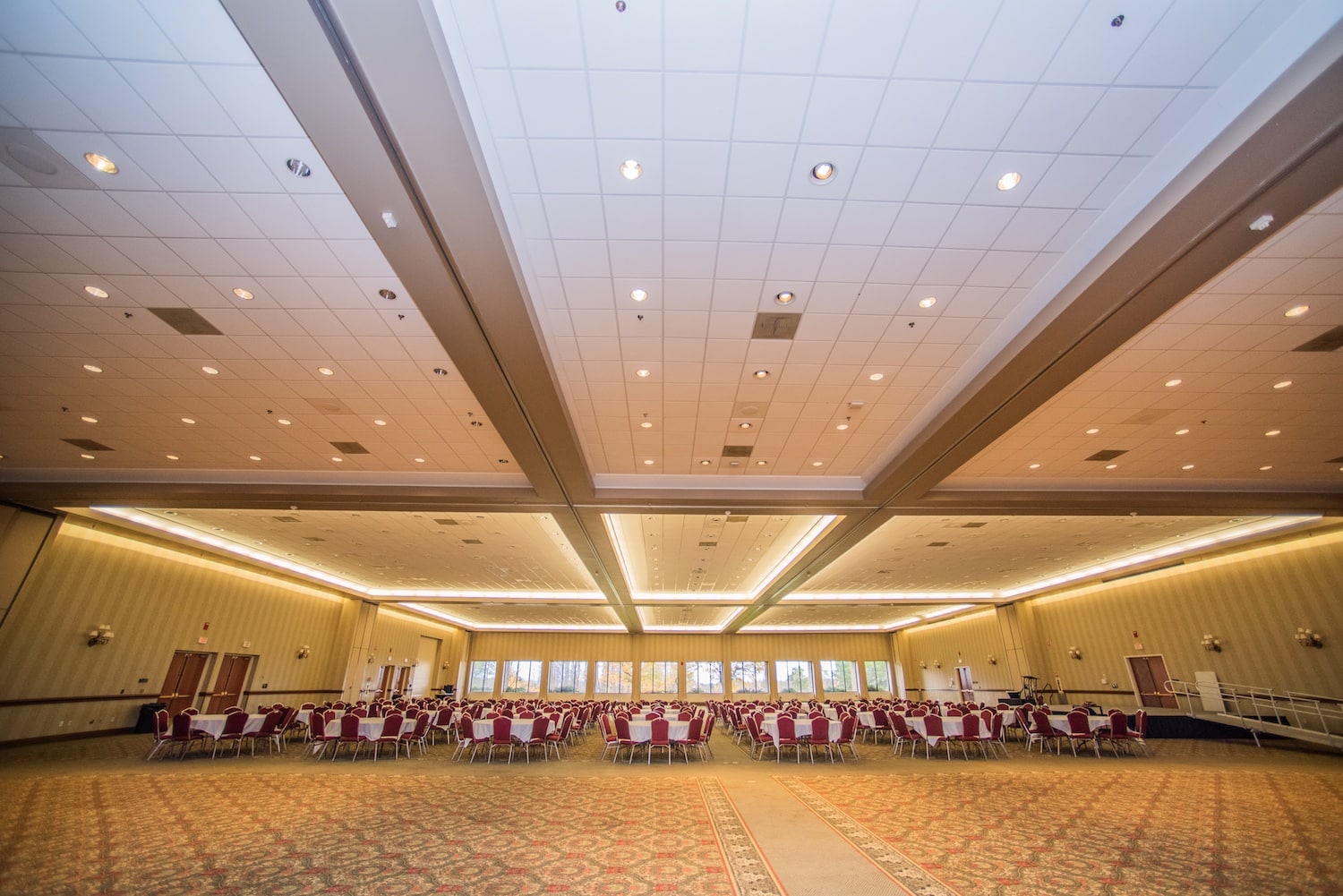 Traverse City has recently topped “best of” lists by publications such as Forbes, Money and Travel & Leisure. The city has also received the “Best Convention & Visitors Bureau” award from Michigan Meetings + Events nine of the last ten years.

Trevor Tkach, president and CEO of Traverse City Tourism, says, “Governors’ Hall is an iconic meeting space in Northern Michigan that draws conferences to the area 365 days a year. The hall is critical to the four-season success of our tourism economy.”

Site visits can be set up by contacting the resort’s sales team.