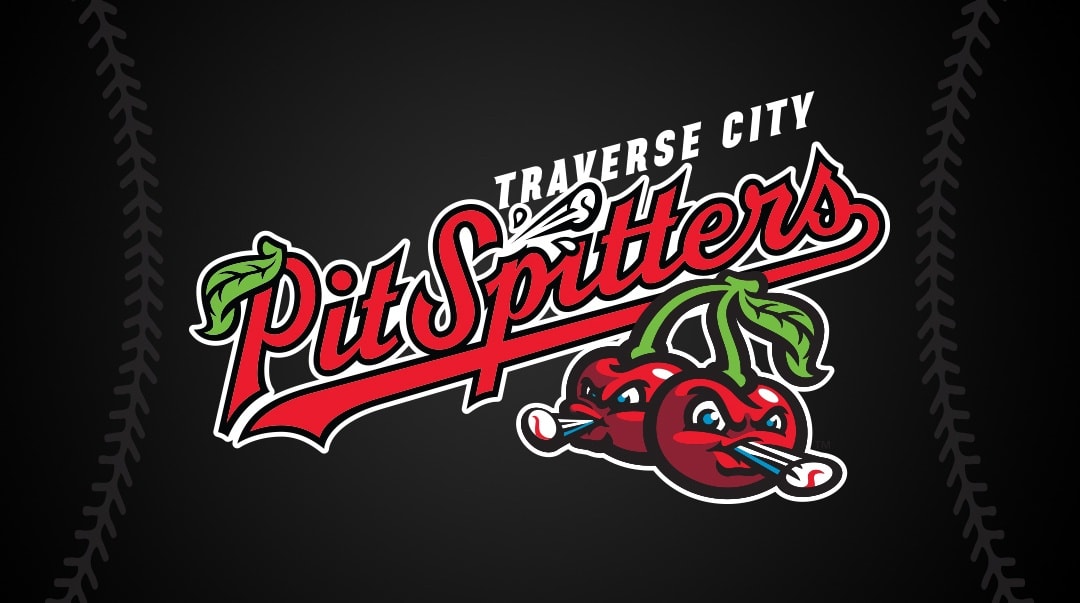 Have you seen a pit being spit? Have you tried to spit a pit? Have you succeeded in spitting a pit? We have done all of these, and we liked it so much we’re naming the team in honor of this grand tradition. The Traverse City Pit Spitters are coming to town!

The new name was selected from the thousands of entries fans submitted when the team asked for ideas last fall. “Pit Spitters” was submitted by several people and of that group, Ryan Wright of Traverse City was randomly selected as the winning contestant. He will receive a prize package including season tickets to the Pit Spitters 2019 season, team merchandise and he will throw a ceremonial first pitch on Opening Day!

Merchandise and ticket packages are currently available for sale online.

“When we started this process, our goal was to find a name that represents both this region and the core values of our organization,” says Pit Spitters CEO Joe Chamberlin. “Pit Spitters hits it out of the park. Not only do we get to recognize Northern Michigan’s, and specifically Traverse City’s, unique agricultural history, we have created a name and a brand that screams fun, which is what we’re all about.

“We hope that the Traverse City Pit Spitters become synonymous with affordable, family-friendly entertainment, strong community connections and a deep appreciation for everything that Traverse City and Northern Michigan have to offer as a region.”

Traverse City is known as the Cherry Capital of the World. Cherries were first introduced to the region in 1852 and quickly became a staple. Today, the five counties around Traverse City produce 40 percent of the annual tart cherry crop in the United States, and the city is home to the ultimate celebration of cherries, the National Cherry Festival, held every year in July.

There are about 7,000 cherries on an average tart cherry tree. It takes about 250 tart cherries to make a cherry pie, so the average tree produces enough cherries for 28 pies.

The average American consumes about one pound of tart cherries per year.

Pit spitting is an internationally-recognized sport. Although there aren’t professional pit spitting leagues, there are several amateur competitions including the International Cherry Spitting Championship in Eau Claire, Michigan, and the Cherry Pit Spitting competitions held every year at the National Cherry Festival in Traverse City. The world record for pit-spitting in competition is 93 ft. 6.5 in. by Brain Krause in 2004.

The Pit Spitters open the 2019 Northwoods League season at home on Tuesday, May 28 against the Green Bay Booyah. Tickets for this game and all other 2019 Pit Spitters games will go on sale later this year.

The Traverse City Pit Spitters are in their first year as a member of the Northwoods League. The Northwoods League is a 22-team collegiate summer baseball league which plays from the end of May through mid-August. Last fall, a group of investors led by the West Michigan Whitecaps purchased the stadium and started up the new franchise.

For more information on the Pit Spitters, the Northwoods League and season and group tickets, visit pitspitters.com.

Things to do in Traverse City