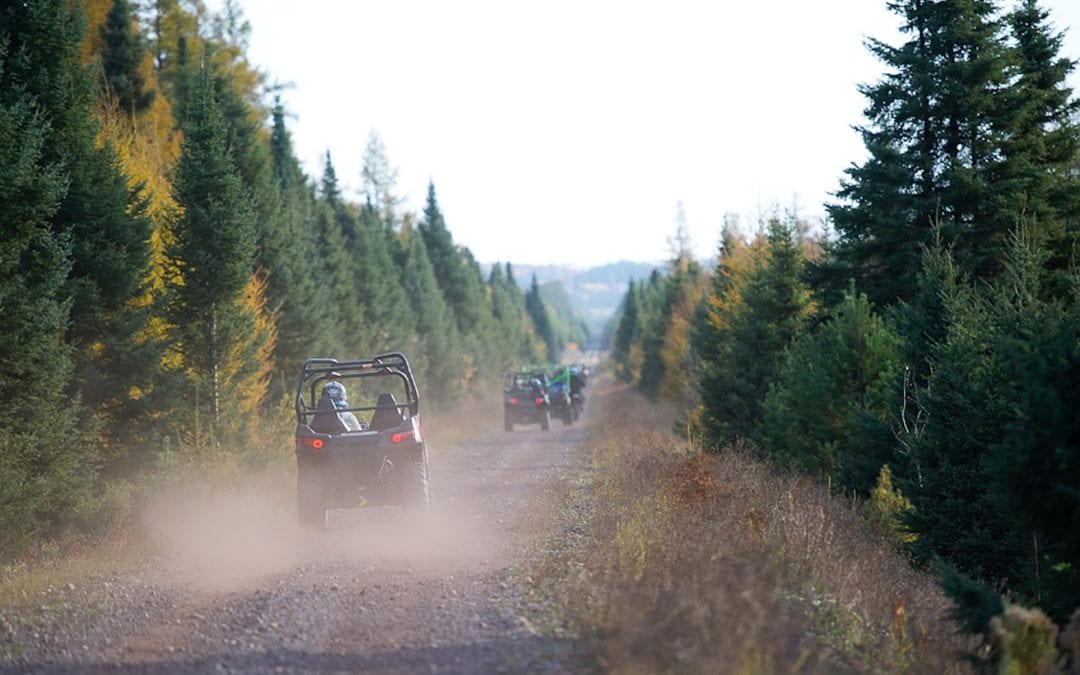 After two years of mapping and reviewing the condition of state forest roads maintained by the Michigan Department of Natural Resources, an initial inventory of the road network is complete. One significant result is a compilation of interactive maps showing where off-road vehicle use is allowed on Michigan’s state forest roads, which is available online (michigan.gov/forestroads). The maps will be updated each spring.

“Roads have always been important to forest management, whether you are figuring out how to get forest products out of the woods or if you’re trying to get out there for recreation,” says Scott Whitcomb, unit manager of the Pigeon River Country State Forest.

The inventory didn’t involve getting out and driving every mile of road—there simply wasn’t time for that. Instead, the effort to catalog the roads used computer mapping technology to consolidate previously mapped roads into a single, comprehensive database.

“We’ve been collecting information on roads for a very long time,” Whitcomb says. “What we did here was flip them into a new platform online.”

Thousands of miles of state forest roads are now open to ORV use. 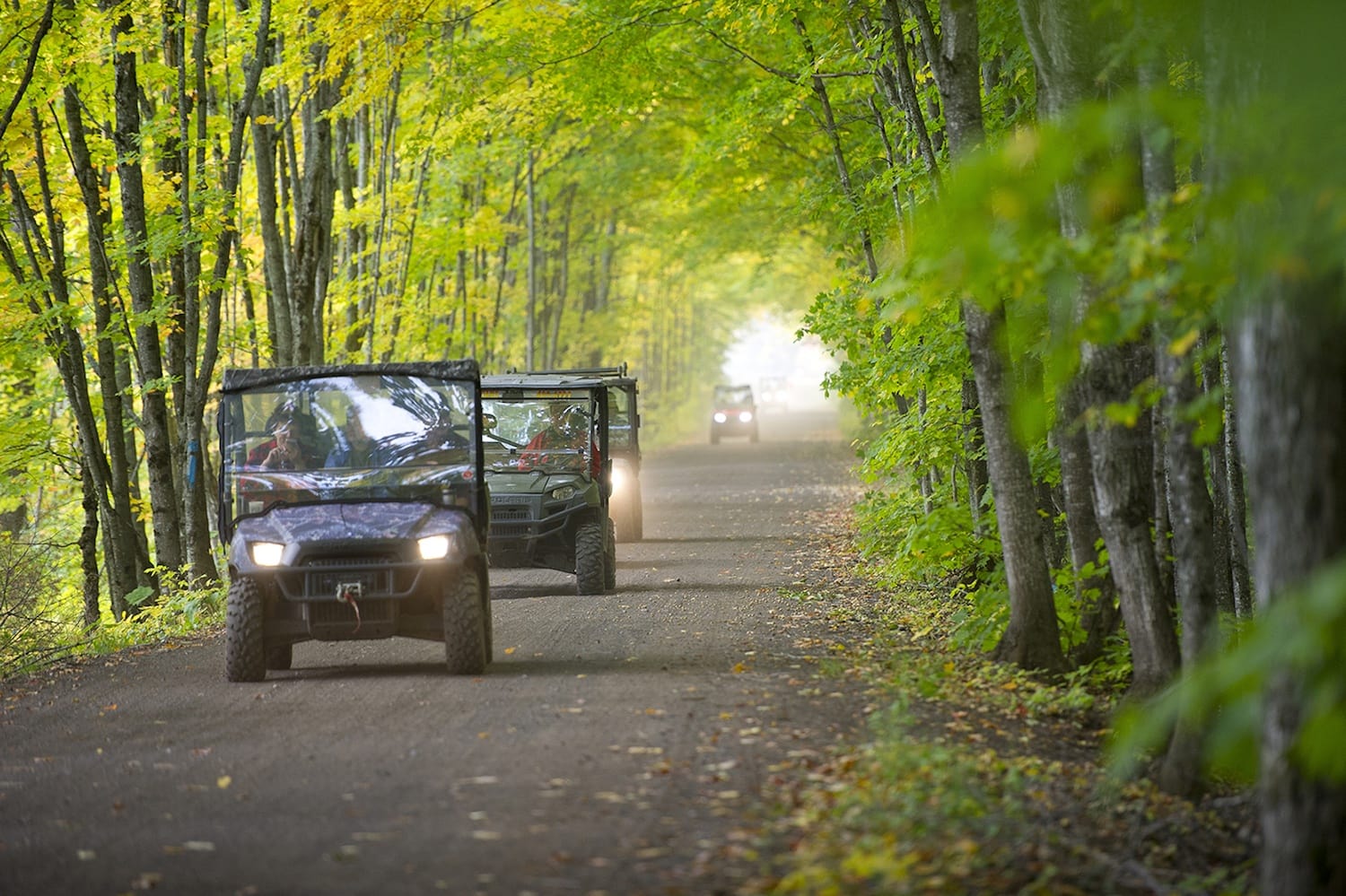 During the mapping process, various roads or road segments were proposed to be opened or closed to ORV use. Members of the public could drop a pin on one of the maps to mark an area and express their concern about it. They also could comment by email or mail.

There are more than 7,500 miles of state forest roads in the northern Lower Peninsula, with 6,308.6 miles (84 percent) of roads open to ORV use, while 1,213.6 (16 percent) miles of road were closed by a land use order of the DNR director. More than 2,000 members of the public weighed in on that decision.

“We had hundreds of pin drops with people telling us everything from, ‘This is a great idea, I can’t wait’ to ‘You guys are crazy, this is going to cause problems,’” Whitcomb says.

DNR road evaluations considered user conflicts, the condition of the road and a review of current land use orders. An example is the Pigeon River Country State Forest. It’s home to Michigan’s elk herd and focuses on quiet recreation.

“There’s a lot of public land where ORVs are the best use,” Whitcomb says. “The Pigeon River management plan differs from other state forests in that it emphasizes quiet recreation and scenic values.”

A few other northern Lower Peninsula areas that are focused on quiet recreation also are closed to ORVs. Those include Jordan Valley, the Mason and Deward tracts and the Sand Lakes Quiet Area. 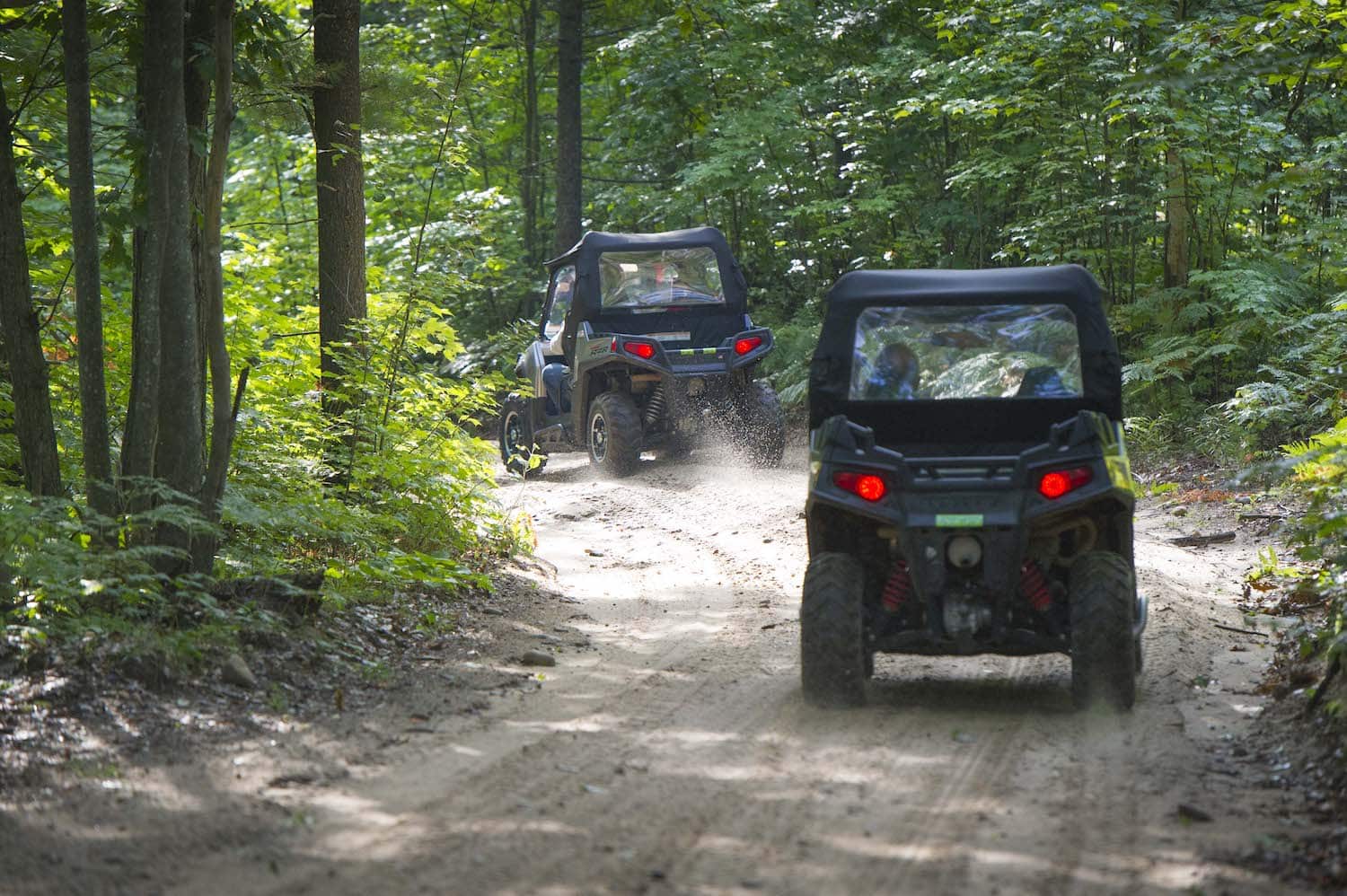 The maps are a work in progress and will be updated annually as DNR staff in the field monitor road conditions or find mapping errors. There are some proposed changes currently under consideration for the northern Lower Peninsula, with a decision pending by the DNR director and Michigan Natural Resources Commission.

Roads that are currently open could be closed to ORVs or other vehicles in the future if erosion threatens the forest or fish habitat in nearby waters, for example.

“Getting our forest roads into an inventory system on the map gives us a baseline that we can begin working with to manage the forest better,” Whitcomb says.

Comments from the public will be evaluated each year. Several criteria will be used to make evaluations, and recommendations will be reviewed by DNR staff members and the public before the DNR director makes decisions.

Take a look at the road maps and learn more about Public Act 288 at michigan.gov/forestroads.