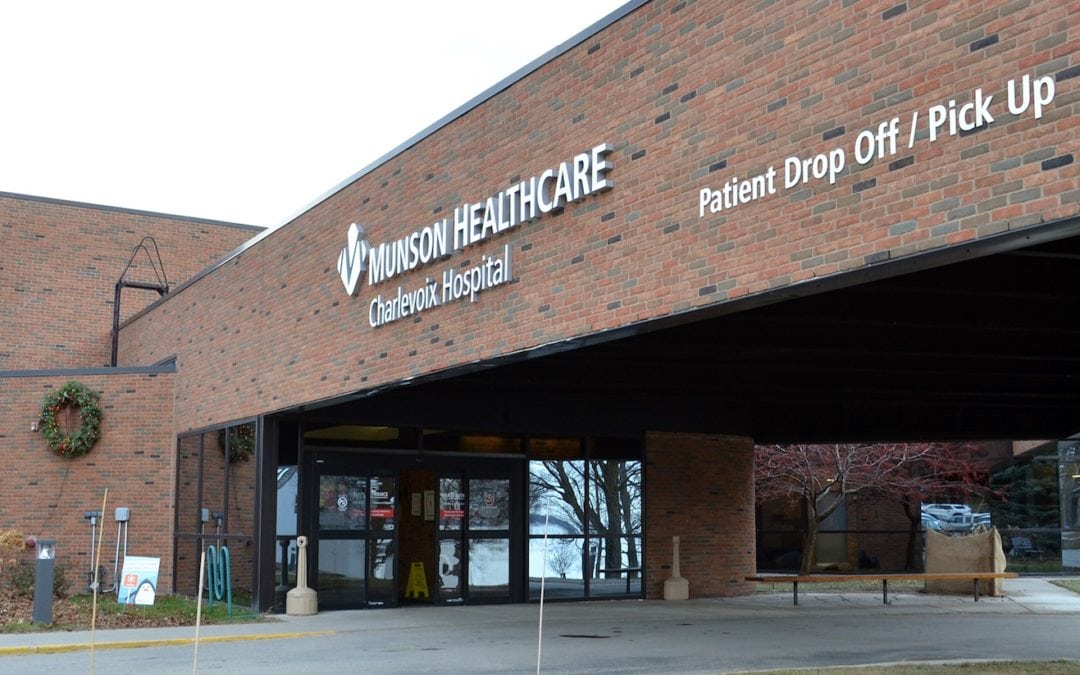 The hospital plans a series of community-related activities for the year, including the granting of “100 Wishes” that will allow community members to submit a “wish for wellness” involving various departments within the hospital, including the Wellness Workshop and Rehabilitation areas.

“We’re really excited to celebrate the legacy of great hospital care that is rooted deep in this community,” says Hospital President Joanne Schroeder. “We are not just looking back, but looking forward to continuing the quality of service and caring that has been a hallmark of the staff and physicians who have served this facility so well over the years.”

While the hospital has been at its beautiful and updated Park Avenue and Lake Shore Drive location on the shore of Lake Michigan since 1954, it began more humbly.

Charlevoix Area Hospital officially incorporated on March 4, 1919, and opened its doors in a renovated house on Hurlbut Street on May 5 of the same year. Packed in the two-story structure were 22 beds, an operating room, and obstetrics unit. Prior to the hospital, care was provided in physician offices or homes.

One fascinating story involving the hospital’s early years surrounds the first airplane flight to Beaver Island. In late January or early February of 1923, a 15-year-old named Jesse Cole received a severe skull fracture during a log-loading operation on the island. His family laid him on his bed unconscious with a bandage about his severe head wound.

On Feb. 7, a military aircraft was dispatched from Selfridge Field near Detroit, but it developed engine trouble and had to land at Gaylord. A second plane was dispatched with Capt. Russell Luff Meredith at the controls along with mechanic O.R. Schnabel. A report of the flight on Selfridge’s 127th Air Wing’s website states the pair covered the 241 miles in two hours and 41 minutes. They landed on the ice next to the Belvedere Club pier in Charlevoix. Dr. Armstrong in his big fur coat replaced Schnabel in the open cockpit De Havilland DH-4 called the Osprey II. They took off for the island. 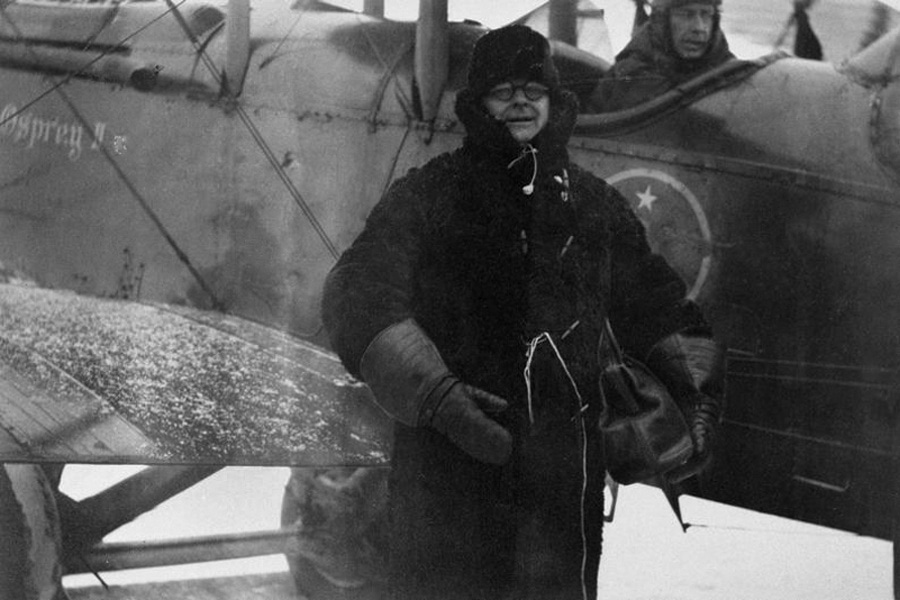 Courtesy of the Charlevoix Historical Society

The plane approached in a storm with low visibility. The islanders had cut green tree boughs in a cross on Lake Geneserath as a means to guide the plane. Despite the hazardous conditions, Meredith brought the plane down on the lake. Dr. Armstrong was taken by sleigh to Jesse’s home. After examining him, he determined travel would be too dangerous for the young man. He and the pilot stayed for three days. The patient made little progress but appeared out of mortal danger. Dr. Armstrong left some medicine behind and Meredith flew them back to Charlevoix.

Jesse later recovered and grew up to become a successful businessman. He had no memory of the first 15 years of his life. Dr. Armstrong returned to his busy practice. Pilot Meredith would later be awarded the Distinguished Flying Cross for the flight—a rarity for a civilian mission. Beaver Island residents learned an early lesson about the potential of air-based medicine.

Charlevoix Hospital’s storied place in the community involves many more acts of selflessness and caring from physicians, nurses, staff, volunteers, and board members who have invested their talents and abilities into ensuring hospital doors stay open for area residents and visitors. The long-time independent hospital integrated with Munson Healthcare in 2015.

As part of its 100-year celebrations, the hospital helped sponsor the annual Charlevoix New Year’s Eve bridge drop on Dec. 31, and in this new year, plans call for special events, parade appearances, and the ongoing campaign to grant 100 Wellness Wishes.

The hospital’s Wellness Workshop Director Kathy Jacobsen said members of her team have distributed 100 Wellness Wishes forms and collection boxes at several locations throughout the community. To be considered for a wish, all one has to do is fill out the form and put it in the collection box.

Some of the wish opportunities include joining a smoking cessation class, consulting with a dietitian, receiving a gift certificate for a few cafeteria meals, visiting a physical therapist for a screening and tailored exercise program, and much more.

“Forms also have a line marked ‘other’ that allow someone to make a request for a family member or friend,” Jacobsen said.

For more information about the hospital and the “100 Years of Caring” celebration, go to munsonhealthcare.org/charlevoix100.