A Toast to Bernie Rink 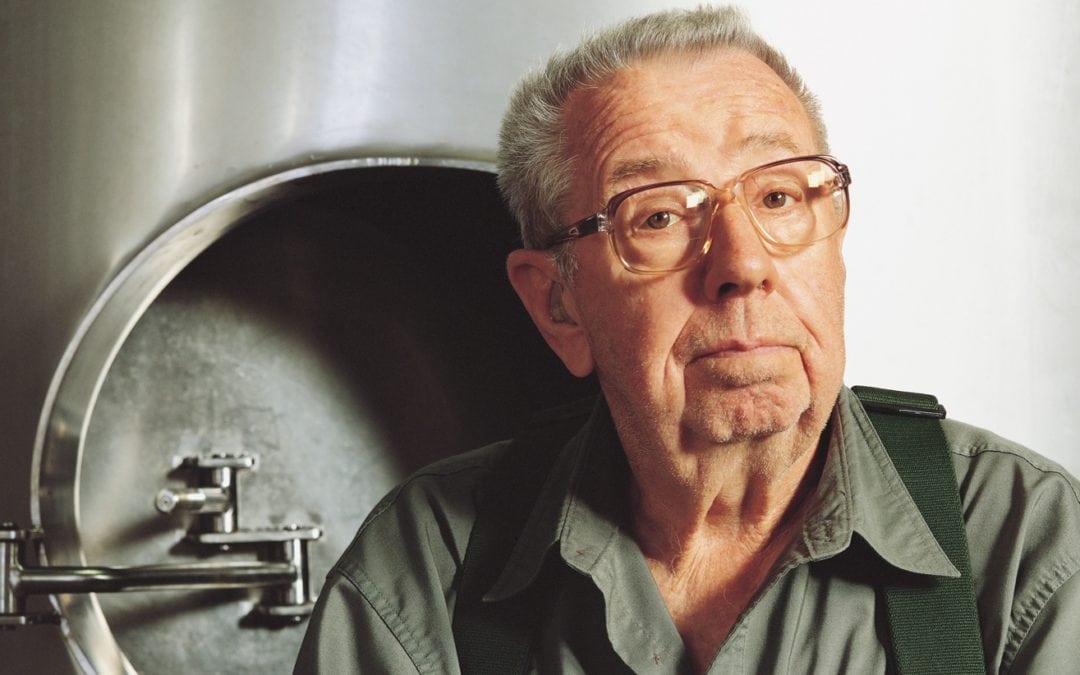 Bernie Rink, the founder of Boskydel Vineyards, died at the end of November. For those of you who don’t know, Bernie was truly the pioneer of the North’s wine industry. He was a genuinely smart man, a librarian by profession, who landed upon the notion that our existence on the 45th Parallel ought to mean we could make great wine. He planted his first grapes in the 1960s and held court in the tasting room housed in a barn opened in the 1970s for decades until, in his 90s, the decision was made to close Boskydel quietly just before the Christmas in 2017.

It is a given to all the amazing vintners who have followed that Bernie is the grandfather of the wine industry in Northern Michigan, the pioneer who took the risk with 15 acres that grew to 60 and opened the door of possibility to all our region’s vintners to follow.

Absolutely no one could have envisioned the numbers of people who would eventually come North to eat and drink. People like Bernie, and so many more, experimented and created in very small spaces for small groups of people who ventured into the countryside on quests for discovery. Pioneers are called that for a reason. Visionaries like Bernie laid the groundwork for respecting the gifts of this place as they built livelihoods and we are equally indebted to those who have managed that legacy with great care since.

—Deborah Wyatt Fellows
Founder and editor in chief of Traverse Magazine and MyNorth.com

This story was featured in the November issue of Traverse Magazine before Bernie’s passing. We hope you enjoy a bottle with him in mind. 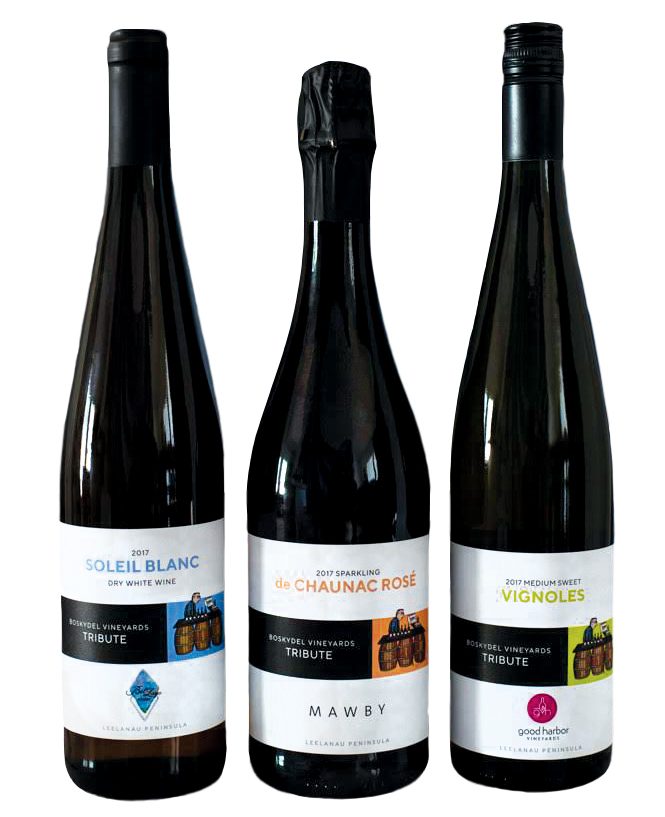 The closing of Boskydel Vineyard last December left the Leelanau Wine Trail void of one of its most colorful characters: Bernie Rink. Rink retired after operating Boskydel for more than four decades. The homespun tasting room won legions of fans over the years but puzzled newcomers, often taken aback by the owner’s sometimes curmudgeonly ways. Rink is credited with launching the peninsula’s flourishing commercial wine industry, now home to more than two dozen wineries. Created from French-American hybrids, his wines were approachable and affordable.

Boskydel wines may be no more, but, fittingly, three Leelanau Peninsula vintners have released tribute wines to Rink. “What a pioneer he was and what an impact he had on all of us,” says Taylor Simpson, co-owner of Good Harbor Vineyards, one of the three. “There never will be another Boskydel in this day and age. The industry has changed so much and taken on a whole new life. But it’s nice to have memories of Boskydel and to share them.”

Each tribute wine displays a caricature of Bernie behind the bar in his tasting room, designed by his son, Jim Rink.

Aromatic, flush with big peach flavor, with a clean finish. Although vignoles, an American hybrid, are high in acidity, this vintage is incredibly balanced, with about 4.5 percent residual sugar. “This was one of my favorite wines that Bernie produced,” says Sam Simpson, co-owner of Good Harbor Vineyards. “Every year he came out with a really nice vignoles. His was more dry in style; ours is more approachable to the public as a medium sweet wine.”

An off-dry rosé made from 100 percent de chaunac red wine grapes, a French-American hybrid, hand-picked from Rink’s 64-acre farm near South Lake Leelanau. This rosé boasts a tremendously vibrant color (darker than traditional rosés) and fresh light berry flavors. Mawby produced just 200 cases, released in April. The tribute wine has sold out in Mawby’s tasting room but you might snag one at local wine retailers.