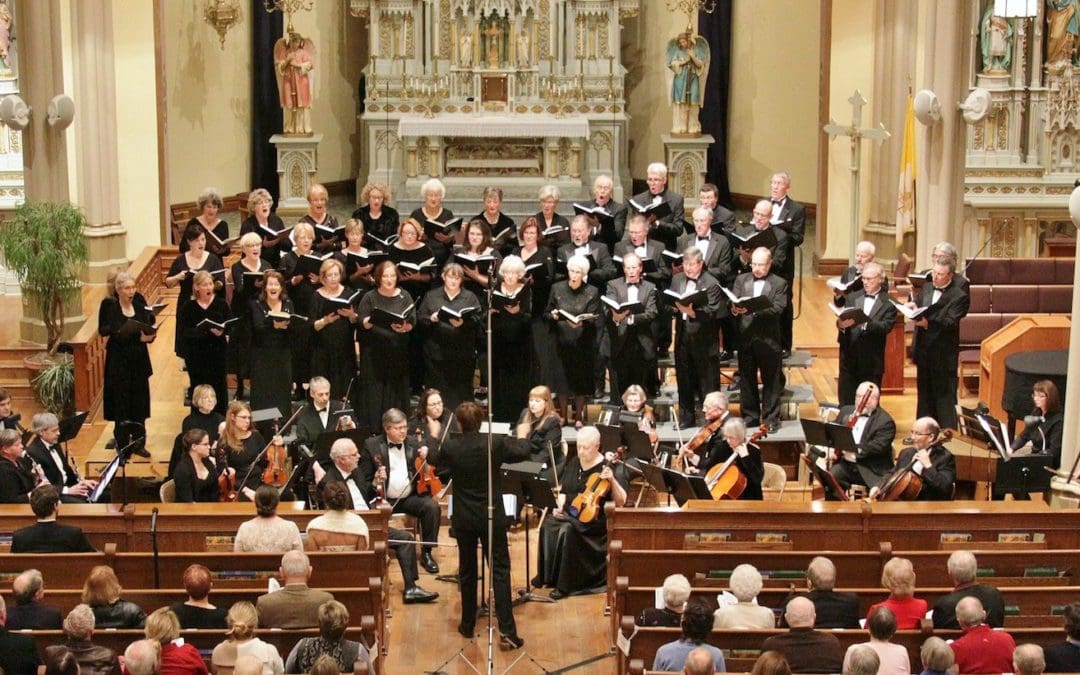 “This is the 15th year we’ve been doing it,” says Judy Zorn, the orchestra’s executive director. “It’s a holiday tradition for many families.”

While tickets have sold out for the Bay Harbor show on December 21, there are still tickets available for December 20 at St. Francis. Tickets are $25 at MyNorthTickets.com.

Alex Myers, the marketing manager at the Great Lakes Center for the Arts, says the staff is pleased the orchestra decided to perform there, and she is looking forward to the show. “We’re excited to be able to share this, and glad the tradition is also continuing at St. Francis. We love working with our regional arts organizations,” she says.

The addition of a new venue is not the only change for 2018. The show typically features some additional music to complement parts of the Messiah, but this year it’s all Handel. “Very often in recent years we may have done just part 1, often referred to as the Christmas portion, and maybe also the Hallelujah chorus (which concludes part 2),” Zorn says. “We would do some other holiday music, like John Rutter’s arrangements of carols. This year we’re doing parts 1, 2, and 3.” Zorn notes that while the performance will include all three parts, there will be some judicious editing as the complete Messiah runs nearly two and a half hours in total.

The Messiah was composed in 1741 by Handel with a scriptural text compiled by Charles Jennens from the King James Bible and the Coverdale Psalter. It was first performed in Dublin, Ireland, in April the next year, and its London premiere was a year later. The Great Lakes Chamber Orchestra and Chorus are not the only ones to make it a tradition. The Royal Choral Society has performed it at the Royal Albert Hall every year since 1876, though there it’s used to mark Good Friday.

“The arts organizations try to cooperate with one another. We’re so fortunate to have a professional group here and to be able to offer shows of this caliber.”

Myers echoes that sentiment, saying the Great Lakes Center for the Arts is open to a repeat performance next year and in years to come. “It’s really up to the orchestra,” she says. “It’s obviously been well-received as it’s sold out. We’re thrilled they wanted to have it here. It adds to the magic of the holidays.”