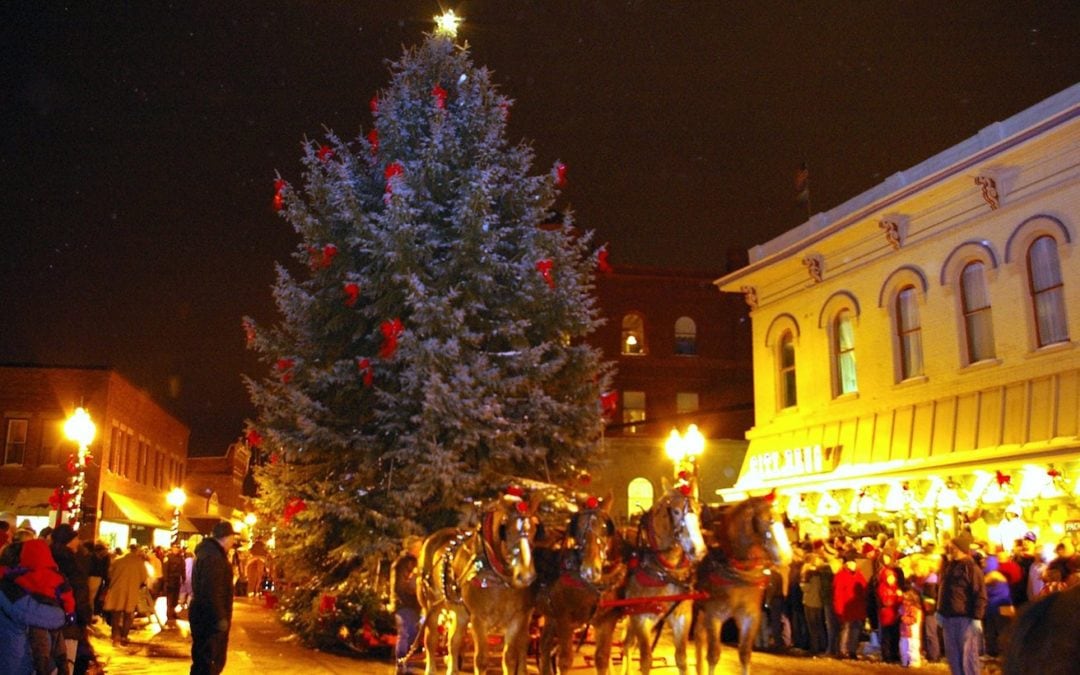 Old Christmas Weekend, best known for its locally famed Manistee Sleighbell Parade, turns 30 this year. (The Northern Michigan event runs December 6–9.) For 29 of those, local architect Kendra Thompson has been buying, roasting and gifting chestnuts with friends at four grilling stations along the parade route while decked out in a period-perfect cape and hat. Most parade-goers have tasted the treat but not all know the origins of the custom—and event itself. But first, the chestnuts… 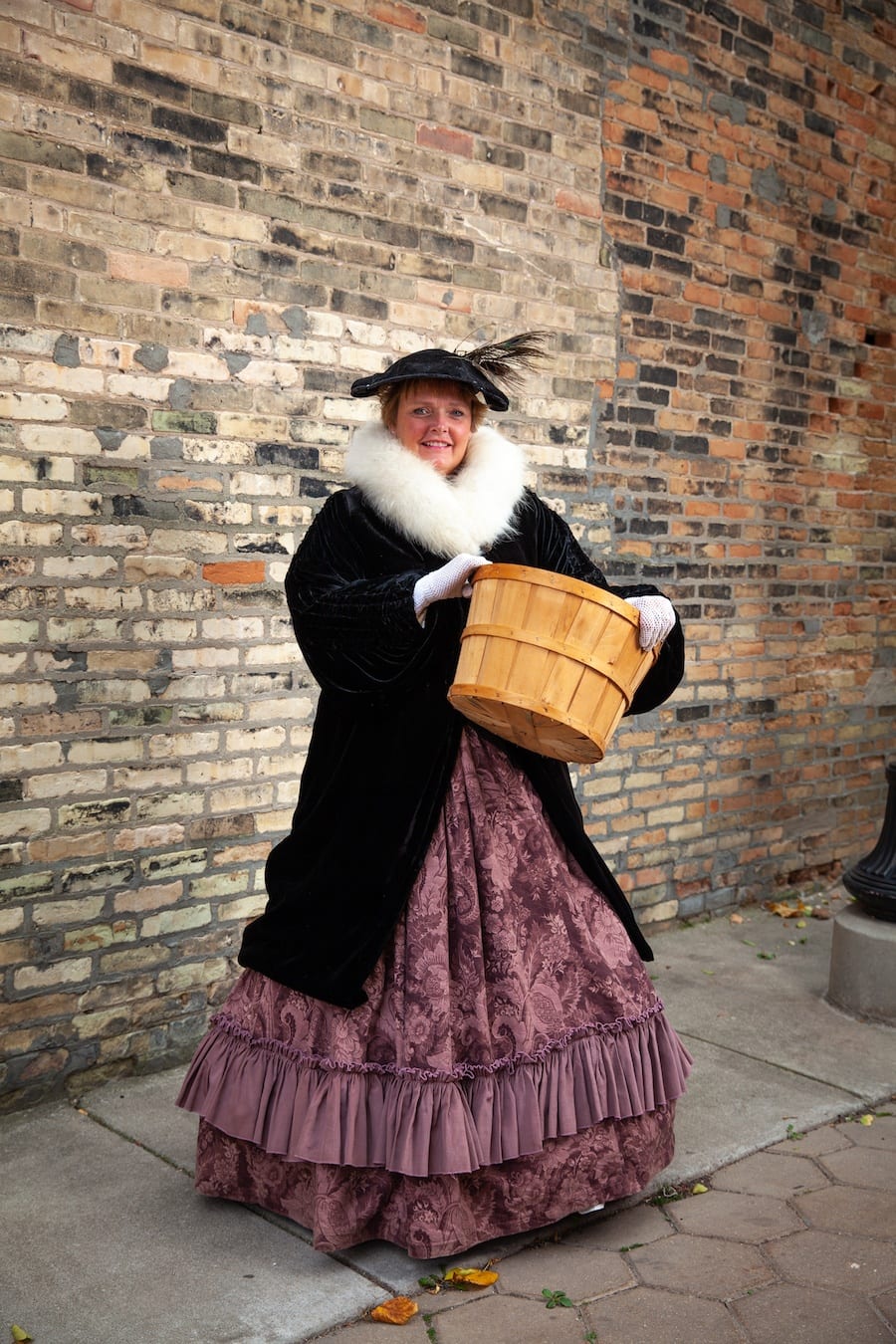 Where do you get them?

We initially got them through the local grocery store’s produce wholesaler—an Italian chestnut. Later a gentleman from Grant, Michigan, contacted me about the chestnuts he was growing. We’ve purchased from him ever since. They’re a little smaller and much sweeter.

How does the cooking process work?

Cooking time is really dependent on how hot the charcoal is. When we first get started on parade day, it takes a little longer, and people get a little anxious. If they bear with us, the chestnuts will get roasted. When the coals are going really well, it only takes about five minutes. The shell will split open slightly, and the ones really done will pop.

Where’d the idea get its start?

A lot of towns have Christmas parades, but none have a Christmas parade like Manistee’s Sleighbell. The whole concept is that it’s done in a historic fashion, meaning there are no motorized vehicles, not a bunch of bells and whistles. There are horses and carriages and caroling groups dressed up in a way that depicts our Victorian heritage, our historic heritage. In England and across Europe during the cooler weather, there’ll be vendors selling chestnuts—that’s how the chestnuts plugged in. But we’ll always give the chestnuts for free. We’re not looking to make money. We’re looking to spread cheer.

What kind of feedback do you get from people who stop for a taste?

We have the folks who come back year after year who can’t wait to get chestnuts. It’s probably the only time all year they eat them, but they look forward to it. We have others who have never tasted one before, and it’s interesting to watch the reaction on their face. They either love it—or don’t love it. Then there are a fair number of people who aren’t daring enough to even try one. They just enjoy having hot chestnuts in their pocket to keep them warm. And that’s great.

I love the way merchants, parade participants and even visitors dress. How do they know what’s period appropriate?

We have how-to classes and fashion shows on different styles of attire from the 1870s, 1880s and 1890s, all the way from what a lumberjack would wear to what the wealthy ladies would. Then we would have hands-on sessions and make Victorian hats or wraps. We also showed how to take what you have in your closet now and with a few extra accessories, boom, have something reflective of Victorian attire.

What will you be wearing on parade day?

I wear an old black velvet and mink-collared cape from the museum, and I have a hat with peacock feathers in it and a big hoop skirt. For roasting chestnuts, it’s probably not quite appropriate, but my husband does a lot of the work, and he dresses in black and red plaid wool bibs and wool hat and so forth.

Does just dressing like that transport you to another era?

I do feel transported. We’re kind of living, breathing history, at least for a few hours.