A Lesson From Dan Pine, Descendant of the Great Chief Shingwaukonsee 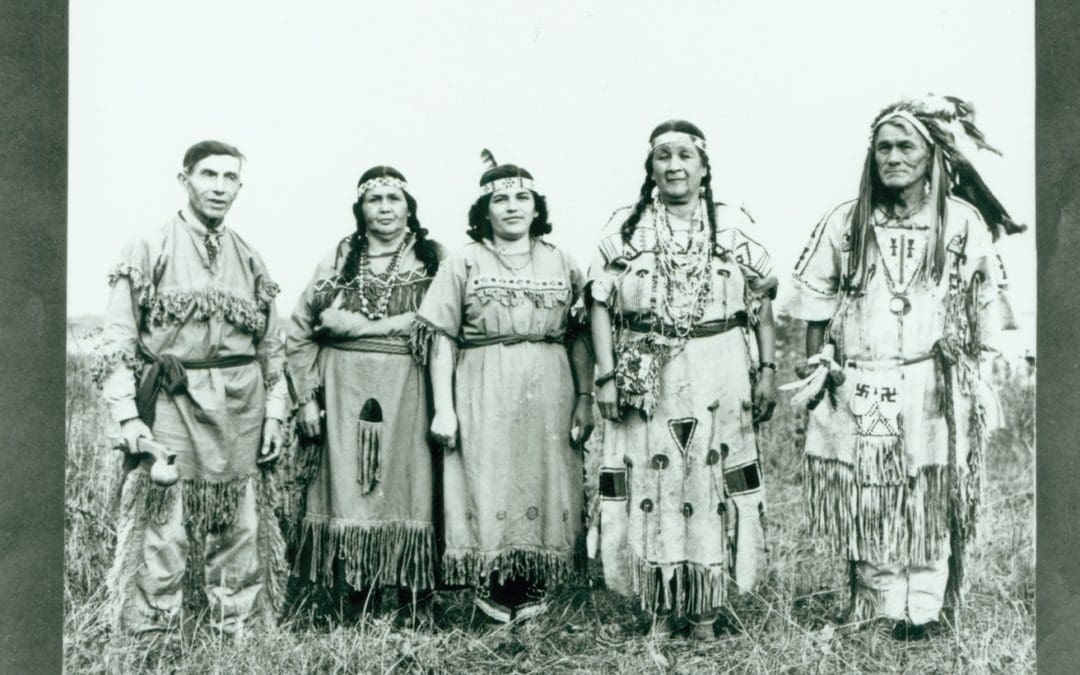 A Sault Sainte Marie writer reflects on the interview of a lifetime with Dr. Dan Pine.

I was awed by my own success: me—half WASP, half Russian Jew—interviewing Dan Pine. This was the Dr. Dan Pine, healer and teacher and hereditary chief descended from the great Chief Shingwaukonsee who had, with other Ojibway chiefs, negotiated the fate of all the lands north of Lakes Superior and Huron with the Englishman, William Robinson.

My blood was more that of Robinson than Shingwaukonsee. My English ancestors came over in the 1600s and moved onto Indian lands in the northeastern U.S. One of them got killed during King Philip’s War while roofing his new house built too close to a Wampanoag village.

Regardless of my lack of Native blood, Win Awenen Nisitotung, the newspaper of the Sault Ste. Marie Tribe of Chippewa Indians hired me as a writer. It was a wonderful job. I had a reason to do research and ask any questions I had about Native culture.

All my life I’d admired what I thought of as the Native American way of life. In my 20s I moved to the Upper Peninsula, to live in the forest, off the grid: to reduce life to the basics, eliminate the distractions of modern amenities like electricity, running water and telephone. It sounded simple and idyllic in the pages of Mother Earth News. The reality was far different. I was always dirty and the half of me facing away from the fire in the wood-burning stove, cold. Wild foods described by Euell Gibbons in Stalking the Wild Asparagus were bitter and unpalatable. Bradford Angier’s advice to use the underground stems of goldthread for some kind of ailment—I can’t remember what—resulted in a mouth full of tangled wire. Native people, with centuries of experience living this way, would certainly do better than we back-to-nature newcomers.

In 1980 I began working for the Sault Tribe newspaper. Most of the employees were Native American. Most didn’t seem to care that I wasn’t. People were nice enough, as at any job. We talked about everyday things … kids, weekend plans, the weather … more than Native American rights.

Still, those rights were very much in the news. We’d moved to the Sault because those rights had been challenged. My husband had been hired as the fisheries biologist for the three Northern Michigan fishing tribes who were engaged in battle for commercial fishing rights promised in treaties.

Even with all my remorse over my people’s history, a deep appreciation of Native culture and friends within the Tribe, and even though the general label, “Indian,” encompassed a large amorphous group of people of all colors, shapes and political leanings, I still felt like an interloper. There was no denying my membership in the large group called “whites.” It hurt to be in the category of oppressor.

When Dan Pine agreed to see me, I went bolstered by my role as a writer for the tribal newspaper.

His house looked like the other plain houses among the pine trees along the road through Garden River reserve in Ontario—nothing that hinted at the stature I’d assigned him. Probably there was a dim entry-way for boots and jackets. I don’t remember. He almost certainly accepted my offering of tobacco, a symbol of his agreement to speak honestly with me. 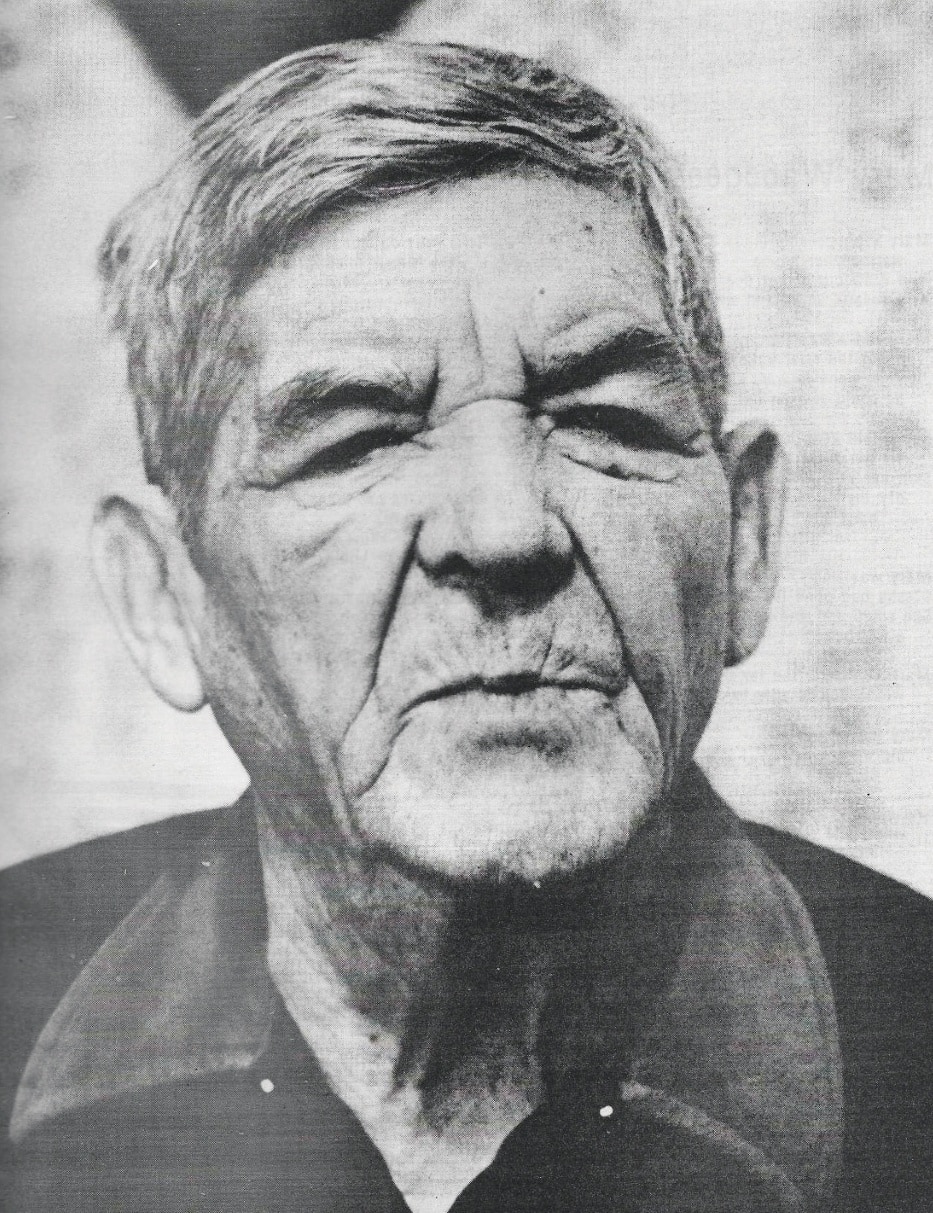 Dan Pine was a small man. He greeted me kindly. His eyes were dark and somber and peered up from beneath heavy eyelids. This man had insights into the wisdom of the natural world—centuries of knowledge passed down through the generations. He knew of deep universal mysteries. I was way out of my depth.

We sat at an immaculate worn gray Formica table in his kitchen. I took out my notebook and fumbled with my tape recorder, notebook, my pen, myself. I felt awkward and clumsy. My preparations felt frivolous. The situation called for something weighty.

I’d prepared questions about the changes he’d seen over his more than 80 years. But they felt immensely inadequate. “Tell me about your religion,” felt ridiculous. His religion? Really? How does one jump into questions about the very basis of a culture? Every question seemed either too trivial to warrant his attention or impossible to answer in less than a lifetime.

When he began talking, he continued for 30 or 40 minutes, directing his words toward the kitchen sink on the other side of the room. I tried to jot things down but couldn’t form coherent thoughts. It may have been the fault of the refrigerator motor. It never stopped. How could anyone live with such a loud refrigerator? I strained to listen.

His words flowed, tumbling over one another, eddying off, moving forward. But never any more graspable than the water of the St. Mary’s River that now forms a political barrier that divides what was one nation into two separate countries, Canada and the United States. He must have spoken about his understanding of his world. I could hear only with my understanding of mine.

In the end, my reporter’s notebook contained a few phrases, broken strings too short to tie together. My tape recorder had picked up only the refrigerator’s drone, so loud it muffled his words.

Recently I looked back at old publications done by our Win Awenen Nisitotung staff. I hadn’t written an article about Dan Pine, but there was a beautiful photo of him, because he was beautiful. It shows a smooth-cheeked man who looks younger than 80, wrinkles where life puts them and deep-set gentle eyes. It brought back the feeling in that kitchen, the power of his presence and voice. That impression is still more vivid than any from the many articles I wrote.

I found an online recording of him that was made at about the time we met. He was addressing a group of his own people and his words are perfectly clear. “It’s so hard sometimes to fit into another culture,” he is saying. “Which … you, you got to wedge yourself in there. You don’t belong there. Your education is different.”

Maybe that was my lesson during our interview, not to try to wedge myself into a culture that was not mine. Maybe Dan Pine and the refrigerator were in cahoots. The best way for me to receive that message was to not understand any of the words I was hearing.

I still feel sympathy and sadness for the cruelties we humans continue to inflict on each other, but over the years my guilt has faded. My path is my own, begun by my ancestors who weren’t only people who invaded Indian country, but did many more positive things as well. And when they didn’t, well, that was my history, too.

Were Dan Pine’s teachings that day intended specifically for me? I hope so. He was known for his ability to set people on the right path. Sharon Syrette of the Batchewana First Nation wrote a poem about him that may answer that question. She wrote, “… your teachings will always be heard in the stillness of the room for you exist in all.” (“Feelings For Life”, 2015)