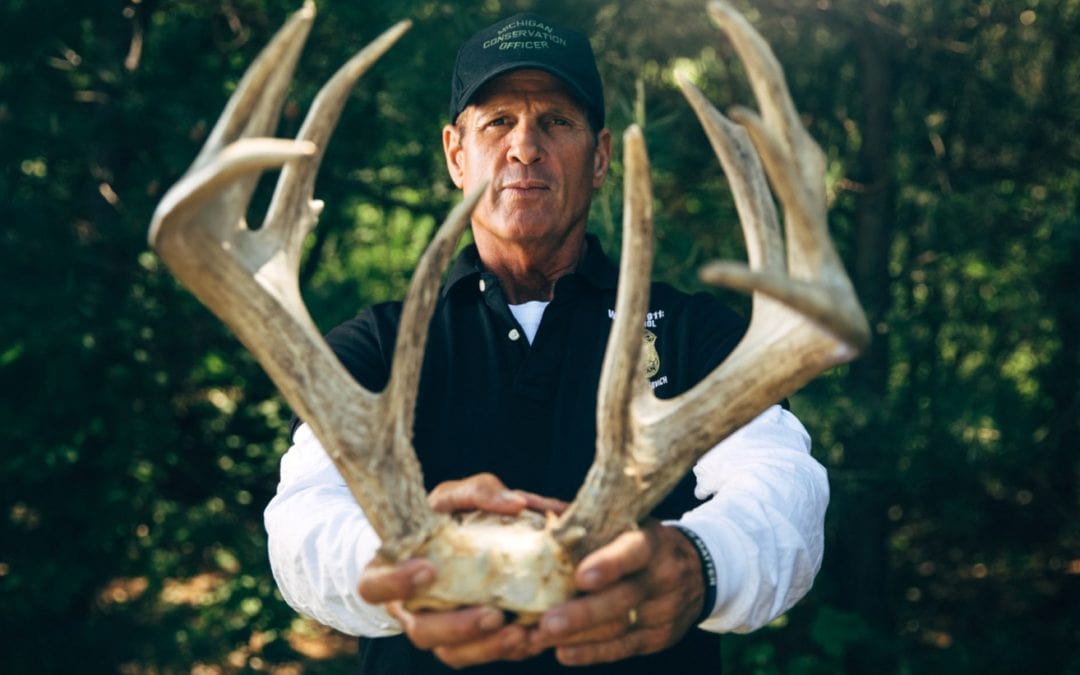 For decades, if you got into trouble in the Michigan woods you wanted Conservation Officer John Borkovich there. Likewise, if you were trouble in the Michigan woods, Officer Borkovich was the last person you’d want to see. Yep, sure as shootin’ no matter what the issue was, the strapping 6-foot-2-inch officer (recipient of Michigan Conservation Officer of the Year and the Shikar Safar International Officer of the Year awards) would find you by truck, foot, snowmobile, plane—whatever it took to get the job done.

In his memoir, Wildlife 911: On Patrol (Arbutus Press, 2017), Borkovich chronicles his 27 years as a Michigan conservation office. If the stories read a bit like Boys Life magazine circa the 1960s, that’s why we love them. It seems to us the world could use a few more Borkovich types. Which is why we chose to excerpt the chapter below that includes John’s brother, Mike—a former Northern Michigan conservation office and current Leelanau County Sheriff. 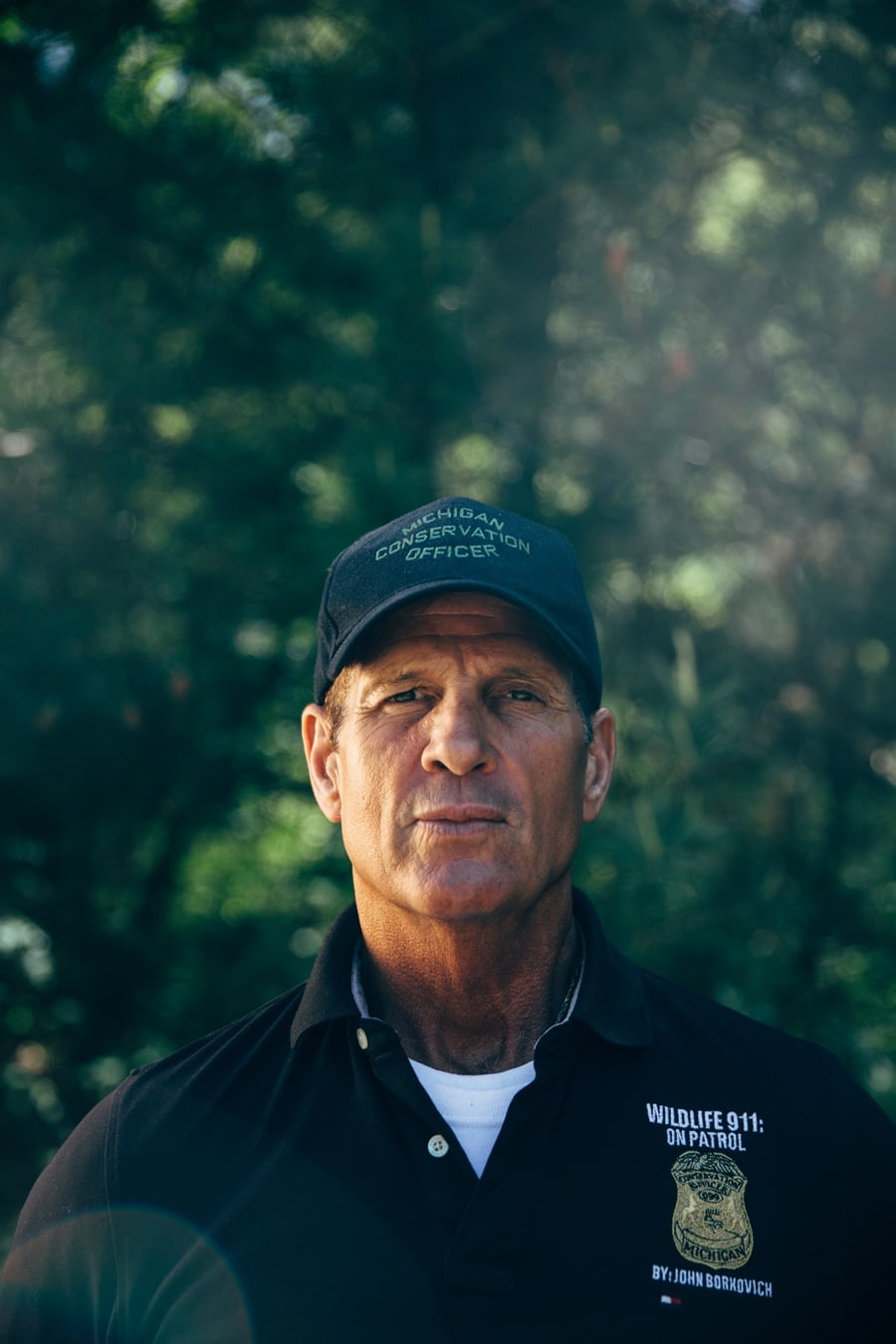 Needle in a Haystack, John Borkovich

Conservation officers are on the hunter’s mind a lot. When people are hunting or poaching, they think about the game warden, especially if they are poaching. They wonder what tree we are hiding behind. They think we are everywhere and any minute, we might jump out. Poachers look at low flying airplanes, thinking they are DNR spotting officers. Poachers even drive by the local conservation officers’ homes to check to see if the patrol truck is at home. It’s nice when legal hunters also think of conservation officers often. When they see or hear of possible poaching, they often think of a single officer, in hopes that they can call for help. It is nice to know we are thought of often.

There are other times we are thought of which are not so obvious. This story involves a lost hunter who was freezing to death and wishing John Borkovich could find him and save him.

One night, St. Clair County dispatch received a 911 cell phone call from a lost and very cold hunter. Dispatch contacted me and also sent several of their units and summoned the Grant and Burtchville Township Fire Departments to respond to the location of the lost hunter. Several of us first responders met at the lost hunter’s vehicle. It is amazing how much compassion and regard for human life our law enforcement and fire department personnel have. We all rushed to the scene to eagerly begin braving the bitter cold in search of the lost man. We set up a command post, and along with police, firemen, and ambulance personnel on standby, we plotted our strategy.

One more call from the hunter came into 911 where he stated that his phone battery was dying and that he was also dying, he was getting very cold and was going to lie down.

My brother Mike (also a Michigan Conservation Officer at the time) was patrolling with me as we met all the emergency first responders and expressed our concern about the subject’s survival chances if we could not find him soon. For several hours you see, the temperature was six degrees Fahrenheit, and there was a 30 mile an hour northeast wind blowing. The wind chill could soon become deadly.

We all searched and searched the rugged terrain along the Black River. The hunter was lost somewhere out there in some of the thickest, wildest habitat for miles around. The absence of snow only harmed our efforts of trying to locate the man. Now, very dark and getting colder, we felt a sense of urgency as we checked and searched the area. No luck again was the response from the other search teams. We all met back at the command post we had set up near the waiting ambulance. 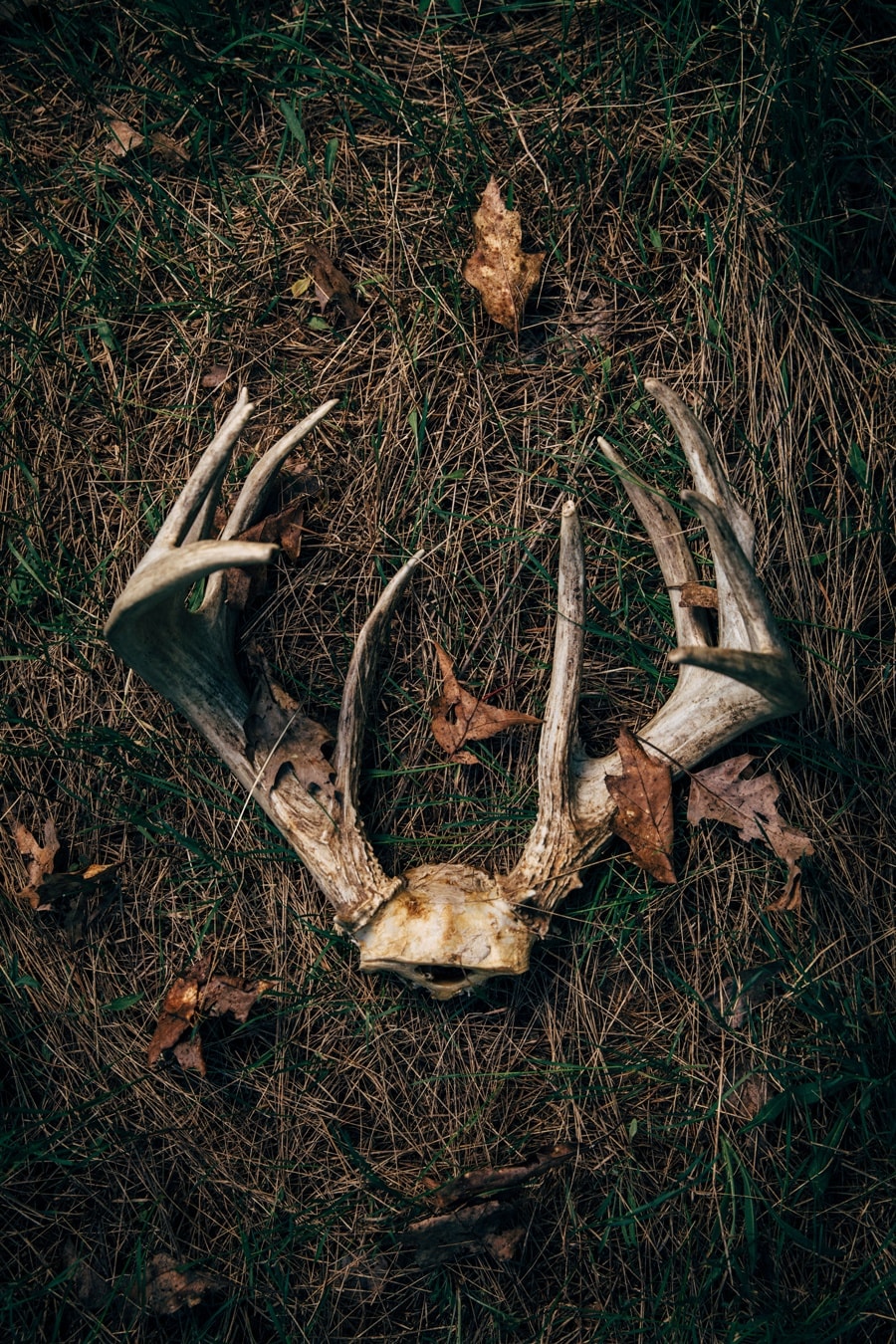 I told the firemen and police that my brother Mike and I would take a team of searchers and (thinking out of the box) go in the complete opposite direction from where the subject thought he was. We walked a mile or so and slowly searched the autumn olive and multiflora rose thickets for the poor guy. Every once in a while we would stop and listen for possible distress calls. We were all tangled up in a massive rose infestation when we stopped to listen again.

My brother Mike said, “Everyone hold still, I hear a voice ahead of us.” Sure enough, we could hear a faint “help me” and “John, John,” coming from the tangle ahead of us. Oh my, I felt like someone just gave me a million dollars. I swelled up with pride at the fact that the dying man was crying out my name for his salvation. We anxiously walked and crawled into the brush, and from about 15 to 20 feet away, we heard, “John, is that you?” Then we slowly and excitedly made it to the missing hunter.

The freezing man had curled up into the fetal position and was suffering from hypothermia, and later told us he believed he was going to die in that spot and knew his life was over. He looked at us and said, “John, I knew if anyone could find me, it would be you.” That sure made me feel proud. It’s a really good feeling to know hunters, fishermen, and outdoors people rely on us so much. We touch a lot of lives in so many different ways. We took the freezing man to the waiting ambulance, and all gave each other high fives for another job well done. The appreciative hunter did send a thank you letter to all the firemen, and to my brother and me for saving his life. Getting to him was like finding a needle in a haystack but more rewarding!

There are plenty more wild tales where this came from. Snag a copy of Wildlife 911: On Patrol by veteran Michigan Conservation Officer John Borkovich and discover all the behind-the-scenes pluck and grit it takes to protect our Michigan wildlife and natural resources.