Commongrounds in Traverse City Will Be First Cooperative Building in Michigan 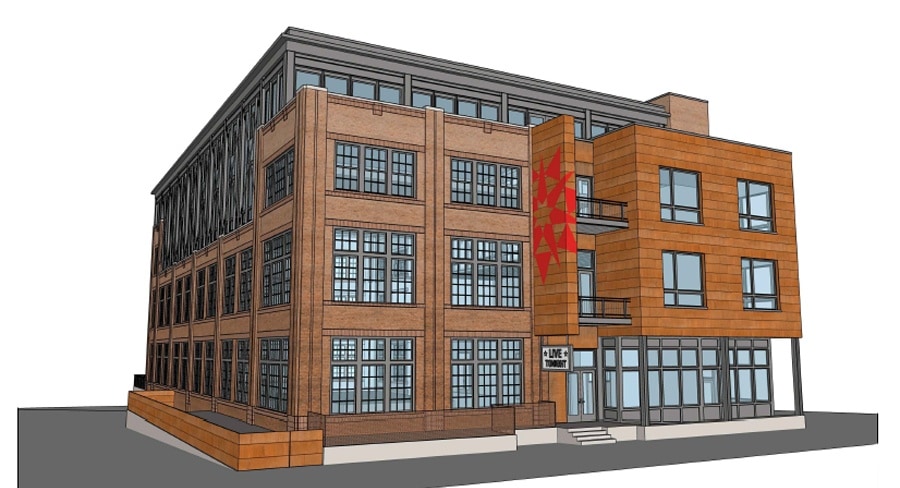 When Kate Redman decided to put together a cooperative workspace in Traverse City, she didn’t realize what kind of support she’d receive. With two Commonplace workspaces now up and running, she’s moving ahead with plans for Commongrounds, a project that takes the concept to the next level. “Commonplace has been successful, and we’ve just launched the early bird ownership program for Commongrounds,” Redman says.

When completed, the cooperative building will not only be the first of its kind in Traverse City but in Michigan. More than just a communal workplace, Commongrounds will also include retail, housing and more when it’s built. That process is expected to begin next year with ground-breaking in the second quarter. Plans call for it to be completed in 2020. Redman says crowd-funding will take place in January and February 2019.

what is a cooperative building? and What’s co-working space?

Start with the latter, and in particular, with Commonplace. Redman, an attorney, was looking for office space. At the same time, she was providing services to a number of smaller clients, and she got the idea of creating a workspace for herself and other small companies and sole proprietors. None of them needed a large space, and she thought it made sense for them to share office machines and a kitchen.

She set up her own 501(c)3 and enlisted the aid of other interested parties to transform the spaces she found at 223 Lake Ave. and 425 Boardman Ave. (The Box). Both offer private offices and an open area with multiple desks and work spots for collaboration. The two options are available at different price levels based on the frequency of use. It’s perfect for people whose office needs consist of their laptop and cell phone and occasional use of office machinery. Today, there are 30 organizations and some 50 people sharing space at the two Commonplace locations.

Commongrounds is the next step. Chris Treter of Higher Grounds Coffee was approached by developer Joe Sarafa about a parcel of land on Eighth Street next to Twin Bay Glass. Treter enlisted Redman, and the two purchased the vacant lot with the idea of a building with Commonplace-style cooperative workspace on the second floor. 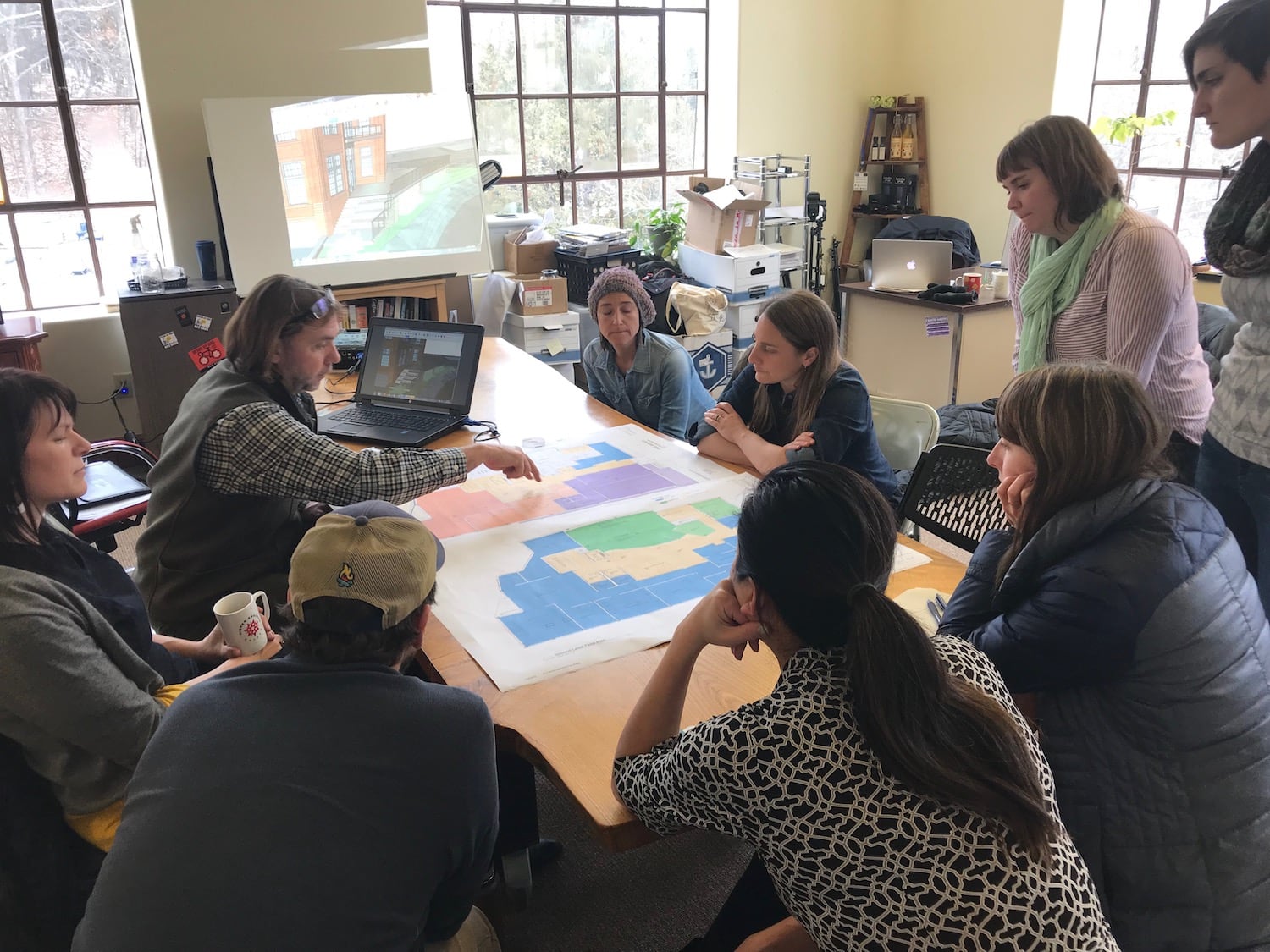 The plan differs from Commonplace is in two ways. First, rather than looking for space to accommodate those who wish to work there, Redman and Treter are looking for investors who want to buy into their plan for a new building. Hence the crowd-funding effort, which is currently ongoing. (Become an early bird co-op owner. The first 250 early bird owners to join by December 1 receive lifetime “early bird” recognition and a VIP ticket to a community investment kickoff bash this winter.)

Second is the building itself. While it will include a common workspace, that is not its only feature. The first floor will include a café/restaurant/bar and childcare. The third and fourth floors will be a mix of apartments catering to the local workforce. And nestled next to the second-floor workspace will be a small performing arts venue.

“There’s an urgent need to address some challenges,” Redman says, including childcare, workforce housing, a high-quality listening room and a place for people to work that’s quiet but also allows for professional and social interaction. Throw in easy access to food and drink and a view of the river, and you’ve got Commongrounds. “It’s designed to meet all these needs.”

While Redman is enthusiastic about the endeavor, she admits it’s taken more time than she anticipated. She’s put her law career on hold while she deals with the myriad details of planning, designing and finding buyers for the building. “It turns out there are only so many hours in a day,” she says with a laugh. “It’s not feasible to do both.” She plans to resume her practice when time allows.

In the meantime, she is enjoying the challenge of putting together a building with a mix of clientele. “The best thing for me personally is how much fun it is to work with such a broad base—child care, the arts, food and beverage. What events and opportunities can we create?”

For more information, including signing up for updates and buying into the project, go to CommonGrounds.coop.