Good Hart General Store looks just about the same as it did in 1934 when it was built by Cliff Powers, who ran the general grocery, butchery and gas station until 1971. Today, the little red store on M-119’s Tunnel of Trees still draws crowds of locals and visitors alike.

Carolyn Sutherland, who now owns the shop, attributes the ongoing success of Good Hart General Store to a number of things: The food. The neighborhood. The memories. And Pure Michigan and motorcycles.

“We’re alive because of Pure Michigan. They put everybody on the Tunnel of Trees. That’s been our saving grace. The Tunnel of Trees is second to the Tail of Dragon for Harleys,” Carolyn says, referencing a stretch of road on the Tennessee/North Carolina state line famed for its curves.

The Tunnel of Trees is a portion of M-119 between Harbor Springs and Cross Village, also renowned for its curves as well as the views of Lake Michigan. It’s named for the canopy of trees overhead, which are especially attractive during the fall color season.

M119 Color Tour: Drive The Tunnel of Trees This Fall

Good Hart General Store is located almost midway between Harbor Springs and Cross Village, smack in the middle of Good Hart, of course. It has only had two owners since it was built in 1934. Carolyn bought it after deciding the Detroit area, home of the riots in 1967 and General Motors Strike four years later, wasn’t for her anymore.

“My parents lived in Harbor Springs. I said, ‘Dad, go find me a business.’ We looked at it Mother’s Day and opened it Memorial Day. Here we still are.” 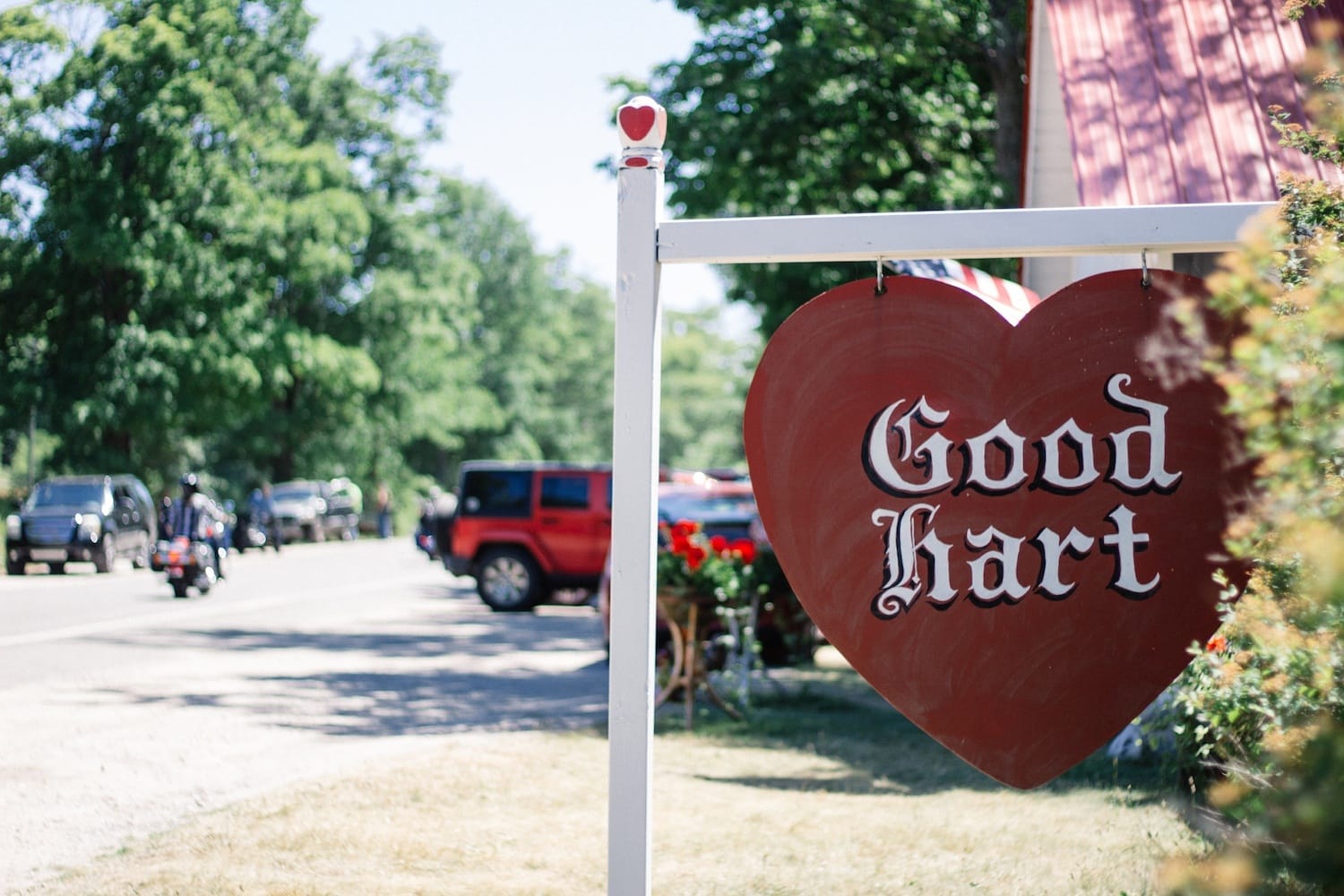 From the front, the store looks pretty much the same as it always has. “Not much changes in Good Hart,” Carolyn says. “If you change it, it won’t be Good Hart.” But the back has expanded to three times its previous size as they’ve added a bakery, deli and gift items. As it says on the store’s website, “While the needs of our neighbors have changed through the years (less canned beans and oatmeal, more Sauv Blanc and whitefish pâté), we’ve withstood the test of time by constantly shifting to offer a wide array of goods for our many diverse customers and friends.”

More change is on the way. Carolyn is developing an e-commerce site for those who want to procure the store’s goods without traveling. “A big part (of the business) is shipping. We ship over $10,000 worth a year,” she says.

While it’s great for the bottom line, Carolyn says there’s nothing like the experience at the store, especially for those who can ride their bikes from elsewhere in town. “Where else can a teen go for three hours and it’s fine? They can ride their bike, walk, bring the dog.” Carolyn recalls sitting outside one evening just after closing. Four teenage girls walked up and asked if the store was really closed. “They had sad faces, and said they wanted ice cream.” Carolyn got up, took them inside, and pointing, said, “This is the ice cream, here’s the scoop, here’s the cones. You think I’m gonna wait on you?”

When they went to pay for their ice cream, Carolyn refused to accept their money. She informed them they didn’t get to pay when they broke into the store after hours. “Their dad said they’ll never forget that,” she says with a chuckle. 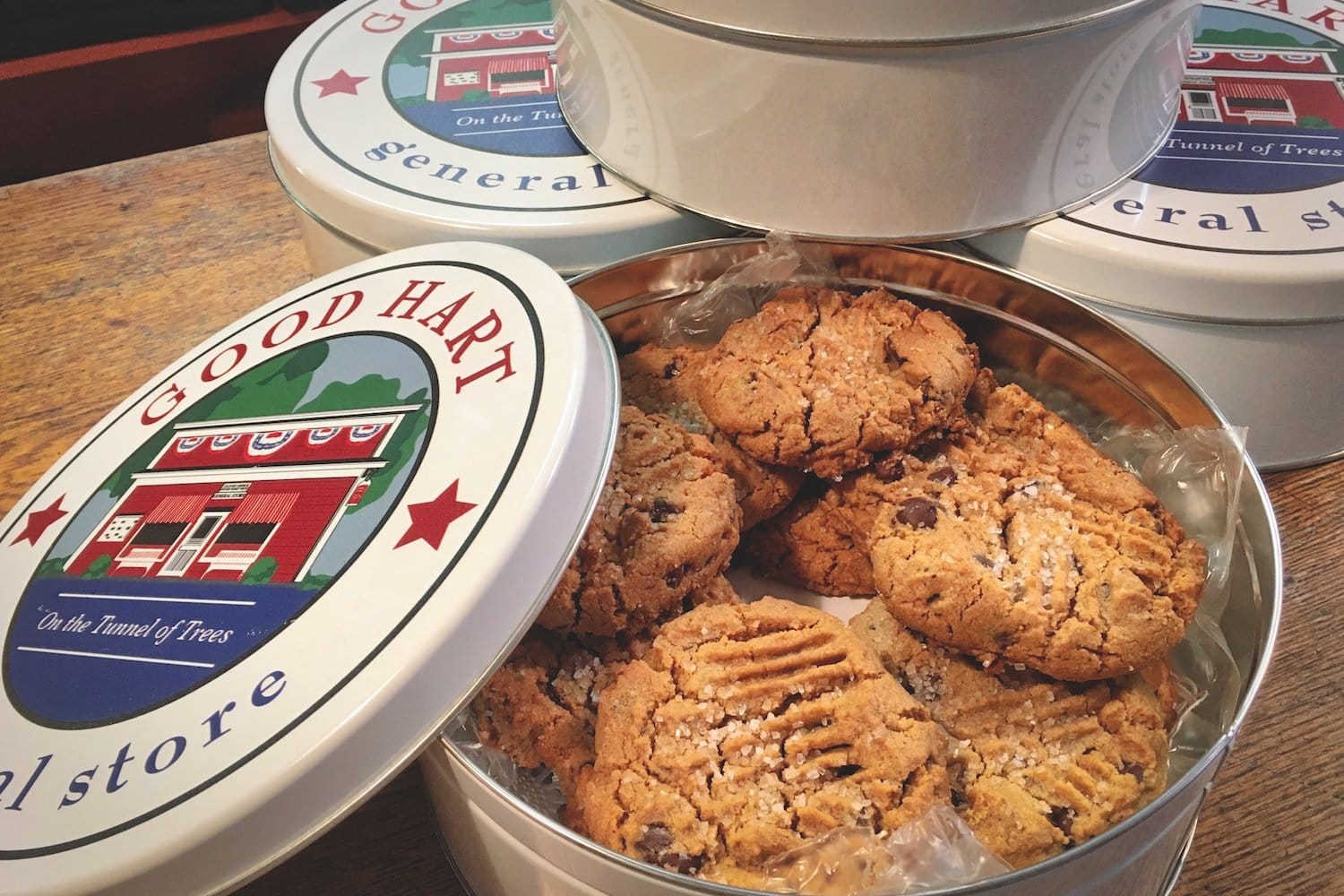 As it’s a general store, it has a little of everything: hats and sweatshirts, wine and beer, deli sandwiches and baked goods. When asked what the best thing is, Carolyn doesn’t hesitate: “The peanut butter chocolate chip sea salt cookies.”

Many of its original features remain intact, such as the tinted front windows, the glass-front counter bins and the 1901 National Cash Register. It’s also the home of the Good Hart Post Office and Graham Real Estate. “There’s not a lot of change,” Carolyn says. And that’s fine with her, and with the patrons of Good Hart General Store too. 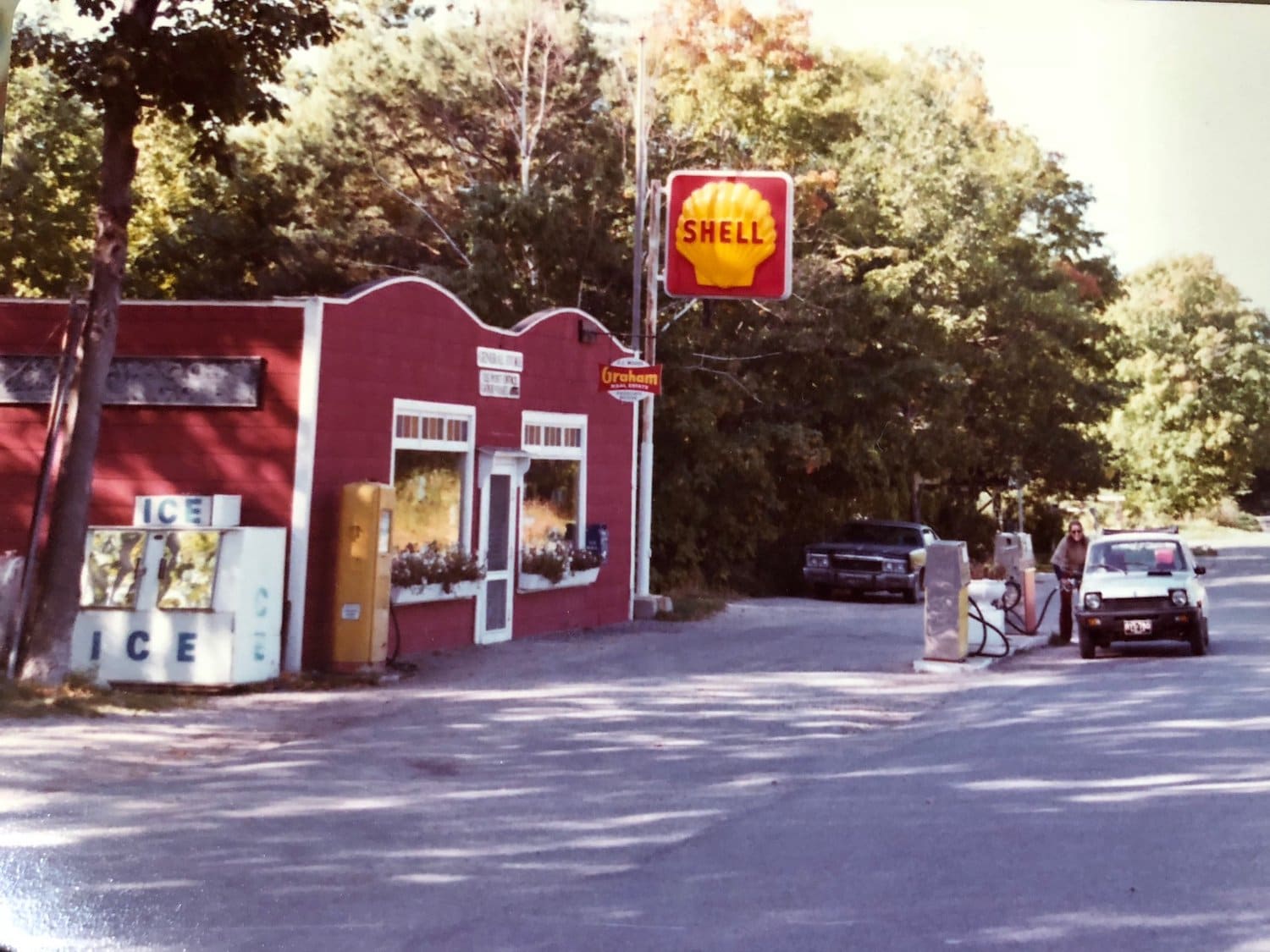 Explore the Tunnel of Trees