I Was a Ghost-Tour Guide on Mackinac Island 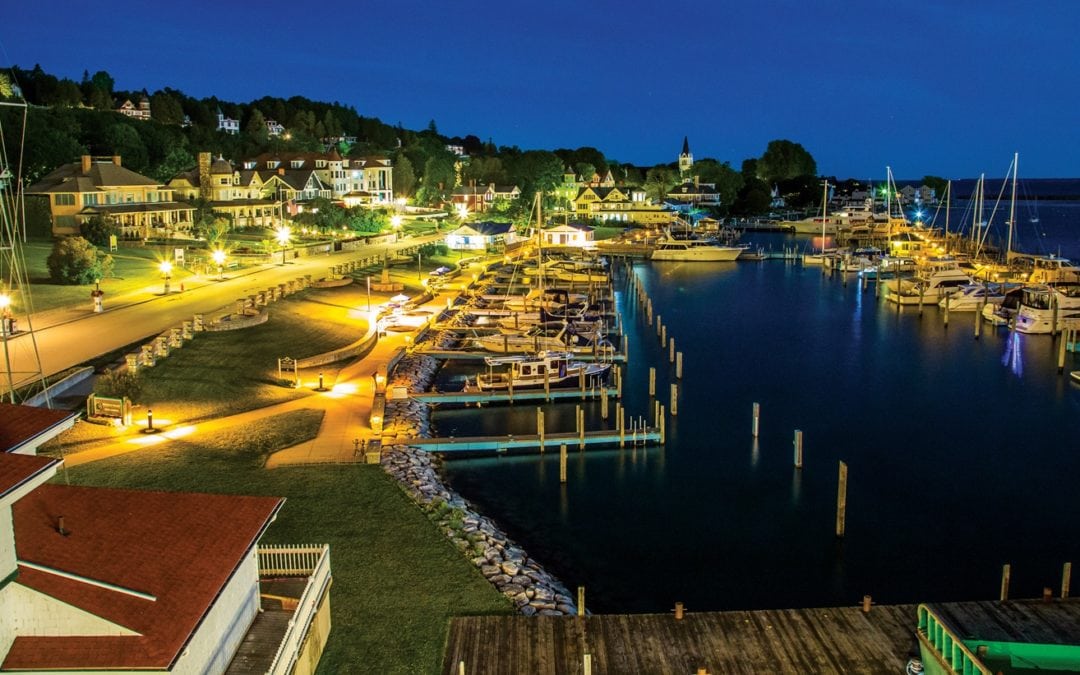 Why did I take the job? I didn’t believe in ghosts. I was terrified of public speaking. I had to walk down Main Street wearing a long black cape. Maybe I was temporarily possessed … but somehow I was leading a Mackinac Island ghost tour.

It was the summer after my freshman year of college and my roommate and I had traded in textbooks for island life. By day, I was the exhibit cleaner at Fort Mackinac and a retail associate at the Island Bookstore. By night, I was a tour guide, sharing spooky stories and island legends.

“That’s my room,” I would say each night, pointing up to the third floor of Mission House, which houses Mackinac Island State Park employees. Built in 1825, the house served as a boarding school for more than 500 Native American and Métis children. There were 16 known deaths among the students—most due to illness. And it is these children who are believed to haunt the house today.

The ghosts wander the first two floors and the basement (the third floor wasn’t added until 1845 when Mission House became a hotel, and ghosts generally stick to places they know). They’ve been seen and heard playing at night—tossing a ball in the hallway and knocking over alarm clocks. For many tenants, it isn’t uncommon to be wakened by a ghost bumping into your bed.

Of course, I didn’t know any of this until after I moved in.

The building next door to Mission House, the Mission Point Theater, is known to be haunted too. A ghost by the name of Harvey roams the area. I’m pretty sure I met him.

Before I became an official guide, I had to run through the tour several times with a seasoned veteran. I got partnered with Lamech, who liked to pull pranks on newbies.

We were running through a story about Harvey in the pitch-black theater (lights off for dramatic effect). “Okay, Lamech, cut it out,” I said, turning to face him in the darkness. Lamech was dragging a chair backstage to creep me out. I thought.

“Cut what out?” he replied from the other direction. Nope, he wasn’t backstage. For someone who didn’t believe in ghosts, my gut hit the floor pretty fast. I finally worked up the nerve to pull back the stage curtain and flip the light switch. The chair was there. Alone.

My day job was on the ghost tour, too. Monday through Friday, I was the first to arrive at Fort Mackinac at 7:30 a.m. I unlocked the buildings, turned lights and exhibit displays on, swept and washed floors—basically made sure things were ready to go before guests arrived. Some mornings the fog rolling in off the Straits was so heavy I couldn’t see the next building over. Oh, and a murder of crows lived at the fort, their caws mixing with creaky wood floors. How fitting.

It’s believed that several ghosts haunt the fort including two children whose father was stationed there, and the phantom piper heard playing on misty mornings at the north entryway. The creepiest building by far, however, is the Post Hospital. Dating back to 1828, it’s the oldest hospital building in Michigan. Nineteenth-century medical tools line the walls and an audio-video display shows Post Surgeon Dr. Erasmus Wolcott diagnosing patients. A tourist is rumored to have taken a photo of an unexplainable ghostly leg in the hospital and many visitors say they feel sad upon entering. I can’t say I ever felt sad, but I regularly got chills—the spine-tingling kind—and that gut feeling something is watching you.

Are ghosts real? I’ve never seen one, so how can I say for sure? But what I do know is the island of fudge and horses has a mysterious side. And you should probably take a flashlight and a friend with you.

Brave enough to take the tour? Visit hauntsofmackinac.com. Or read Haunts of Mackinac by Todd Clements, founder of the tour.