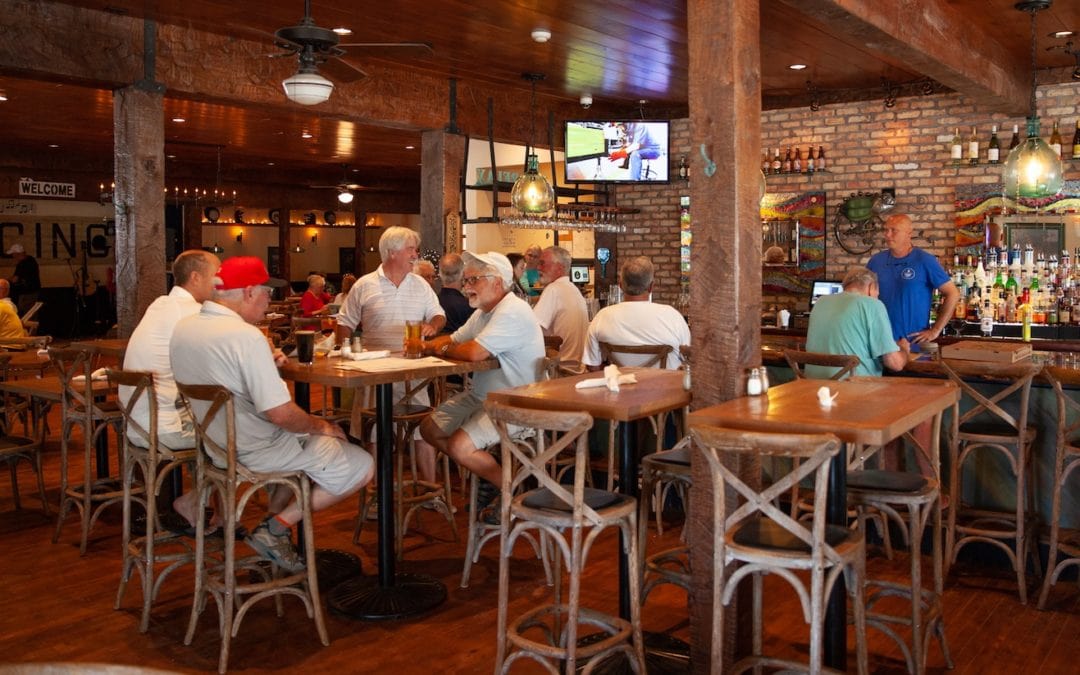 When Leanna Collins Hettinger and her husband Jim Hettinger had to close Sonny’s Torch Lake Market, they weren’t sure what to do. Turns out the answer was just down the road. Since renovating and re-opening the Torch Lake Café, they’ve heard the sweet sound of success.

All right, that’s in part because the bar and restaurant has seen live music nearly every night throughout the summer, from area big bands to regional artists to national touring artists to the owner herself. Leanna typically plays with her own band several times each month, along with occasionally hosting open mic night or singing with one of the big bands. “We have awesome music all the time,” she says. “Musicians say it’s so cool. They come to my place and they love it. It’s the icing on the cake.”

If the music is the icing, the cake is, well, the cake, along with the smoked fish spread, the burgers, the meatballs and the pizza. Don’t forget the pancakes, pasta, salmon and ribs. And okay, while it technically doesn’t have cake on the menu, the Torch Lake Café does offer cheesecake, among other decadent desserts.

Leanna says the large menu is appealing to any palate. “We always have a couple cool specials, and we do as much organic and from scratch as possible. We love all the foodie stuff, but we don’t want to get too crazy,” she says. Hence salmon cakes and baked brie in a puff pastry, alongside Maple Bourbon BBQ Chicken, hand-cut ribeye and more traditional pub fare such as burgers, ribs and pizza. 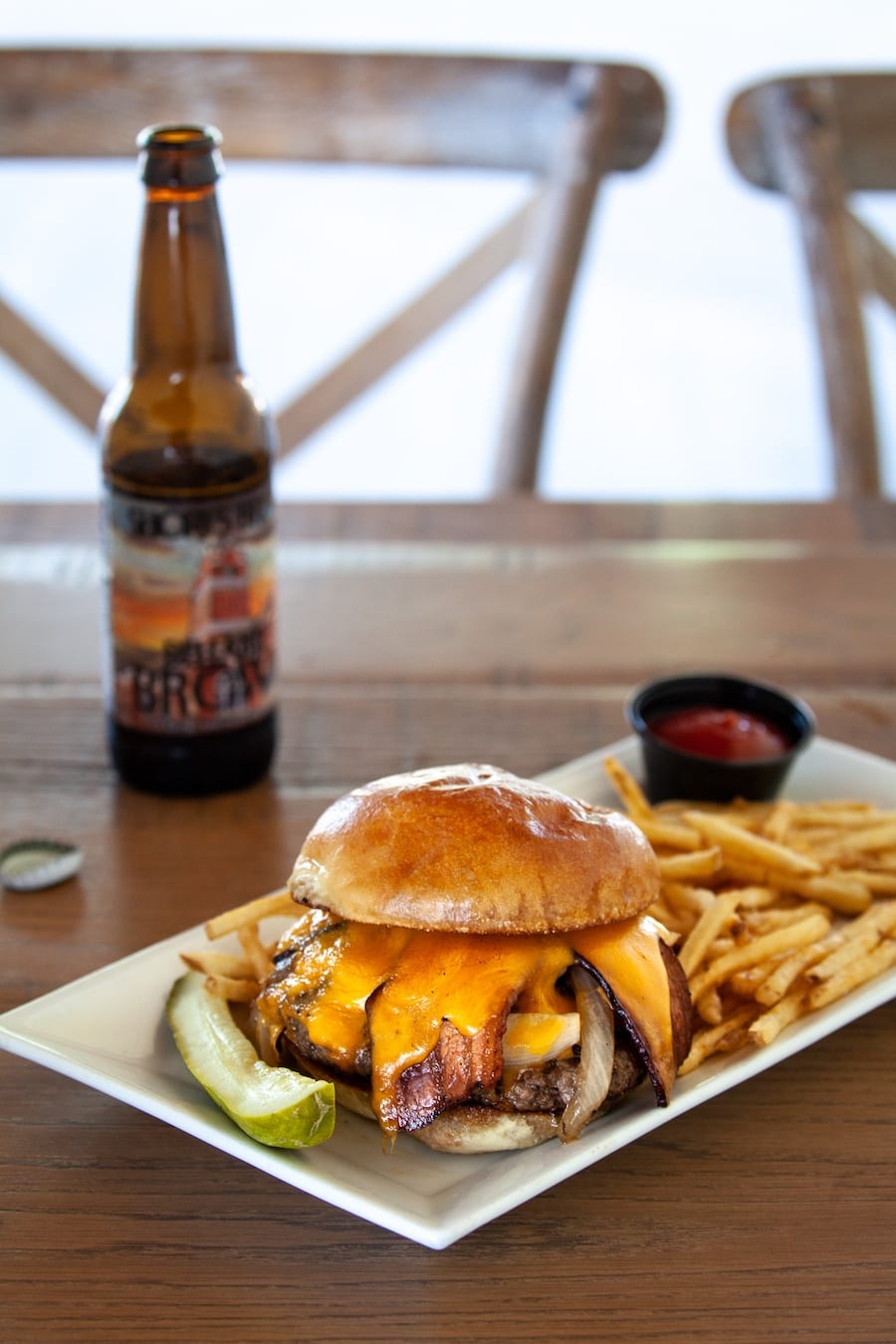 It all came about despite the Hettingers’ reservations. “We looked at it for 10 years, but never really considered it. We were very successful (with Sonny’s) and had a liquor license,” she says. But when they lost their lease, they knew they wanted to stay in the area, and their options were limited.

That’s when they cast their eyes on the long-shuttered bar and restaurant on the corner of M-88 and US 31. Leanna’s history with the area played a part. “I grew up here in the summers, moved here when I was 15. This was the first place I worked. I’d play music in the summers. There was a lot going on.”

That was then. These days, it’s a bit quieter. “In the last 15 years there’s been nothing. We’re sick of having to drive somewhere,” she says, presumably meaning not only her family but also those in and around Eastport. “The community needs it. Let’s bring some life back.” 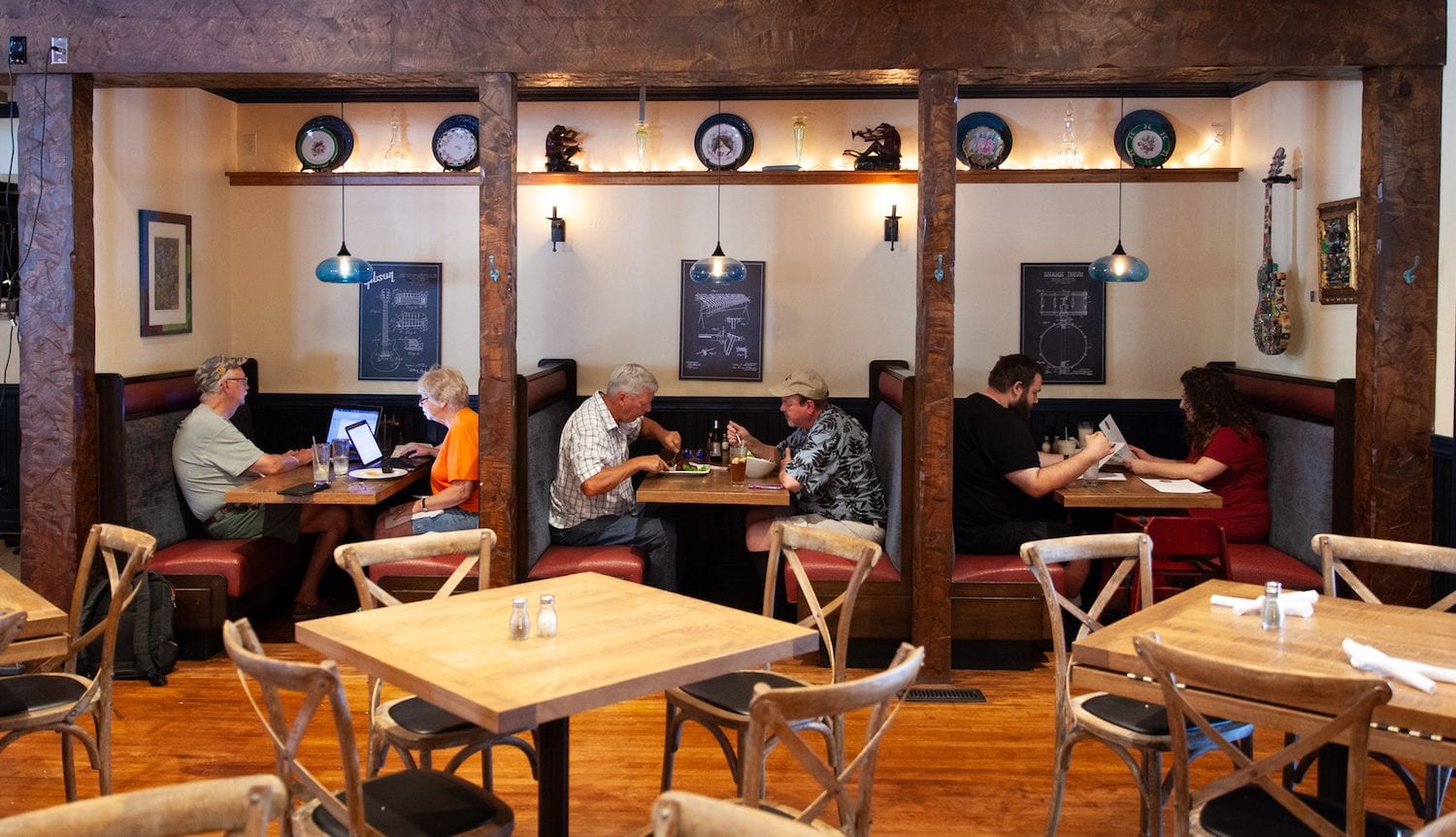 So they did. But it was not an easy task. It had been opened and closed several times over the decades and had been abandoned for several years prior to its purchase by the Hettingers. “We said, ‘you know, let’s try it.’ There was all sorts of nastiness.”

That didn’t stop them. After cleaning and refurbishing, the renovated facility boasts a porch and an open-air bar. “I always wanted a front porch or a garden-y dining area. My husband never does anything small. I wanted four-foot windows. He said let’s make it a summertime bar.”

Adding the music to the festivities, well, there’s that icing. “Though I always worked in restaurants, I’m a musician, so I wanted to bring in music,” Leanna says. A favorite is Lee Malone who plays guitar, keyboard and sings, along with backing tracks (a la karaoke). Three big bands rotated Sundays this summer. Traverse City musician and bandleader Chris Bickley often plays and brings in other musicians, such as a show featuring flutists Ali Ryerson and Nancy Stagnitta. Bluesman Larry McCray, guitarist Bob Webb, vocalist Dominic Fortuna and many others take their turns engaging and invigorating the crowds.

Add it all up, and it’s been a hit. “We’ll keep on with what we’re doing, which has been working very well,” Leanna says.