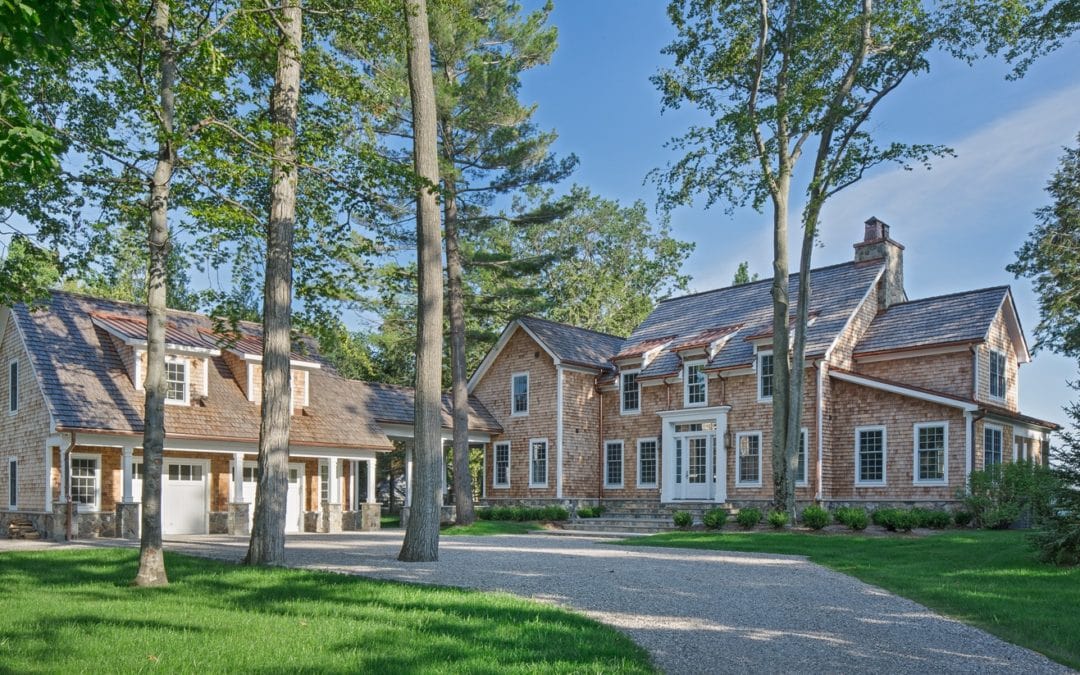 This shingle-style home in Glen Arbor is both timeless and fun. See it on the Traverse Area Northern Home & Cottage Tour October 13, and enjoy the sneak peek below. 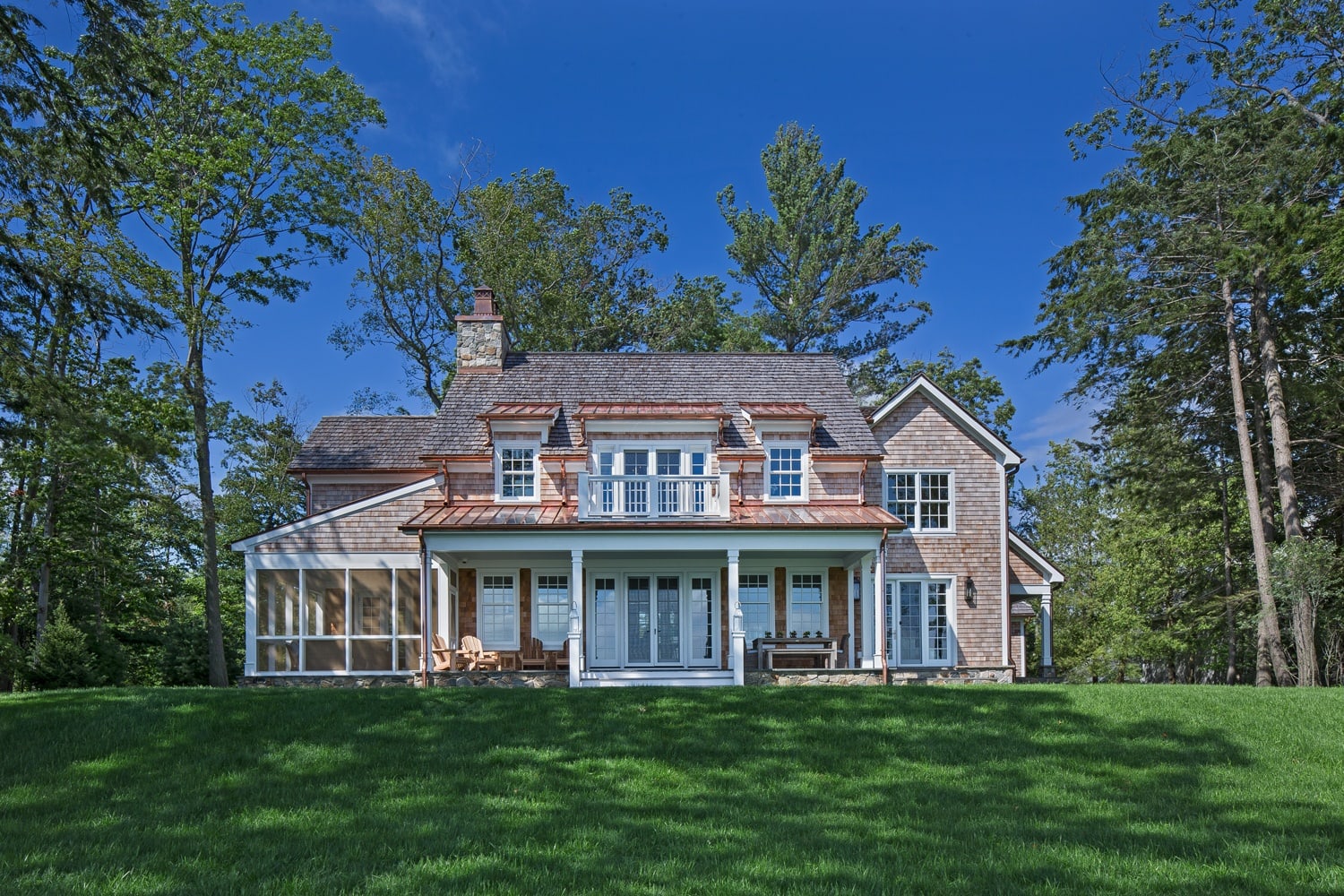 This handsome shingle-style home hearkens to New England’s coastal vernacular—a style the homeowners grew fond of after years summering on Block Island in Providence, Rhode Island when they lived in the east. Eventually, they moved back to Michigan and decided to settle their second-home roots in Glen Arbor, where the wife spent her childhood summers and where her parents have a summer home.

The couple purchased a sweet but slightly worn ranch-style home on Glen Lake and was content to settle into it for a bit before they decided how they would update it. The straight-line wind that tore through Glen Arbor in the summer of 2015 wreaking destruction in its path, however, made their decision for them. The storm did enough destruction that the homeowners realized their only choice was to take down the old structure and build again. 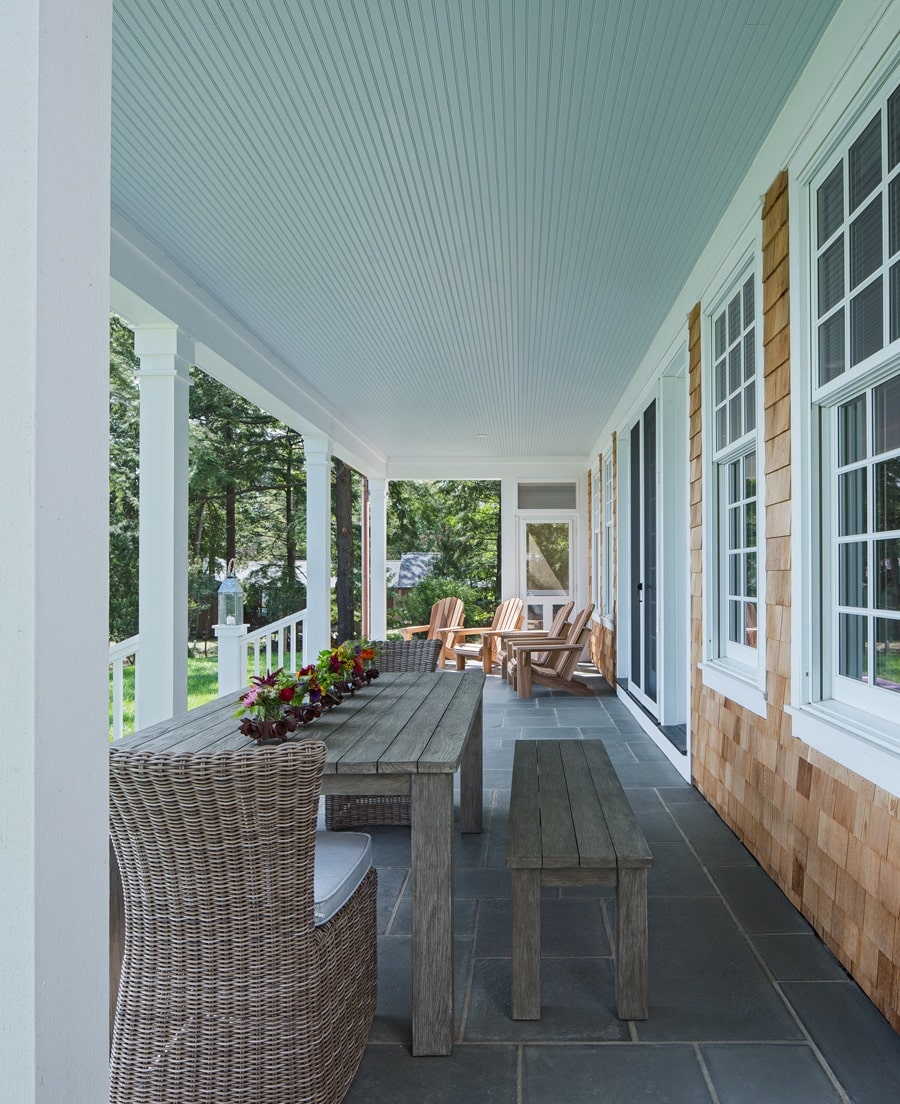 For architect and builder recommendations, the homeowners asked their friend, Nicole Withers of Jones-Keena & Co., a Bloomfield, Michigan-based interior design firm with a number of Up North clients. Nicole recommended the team of Joseph
Mosey Architecture and Eric Render Construction. Both men, who have worked together on a number of projects (and with Nicole on several), have reputations for doing meticulous work.

Another plus: Joseph is particularly talented at designing period architecture, so he knew exactly what the homeowners were imagining when they described the style of home they’d like. So much so, in fact, that he got the design right on the first draft. As the homeowner describes it: “I told him, I really want a house that echoes New England shingle style. The first drawing he made was the one we have stayed with. He basically didn’t have to tweak or change it after that.” 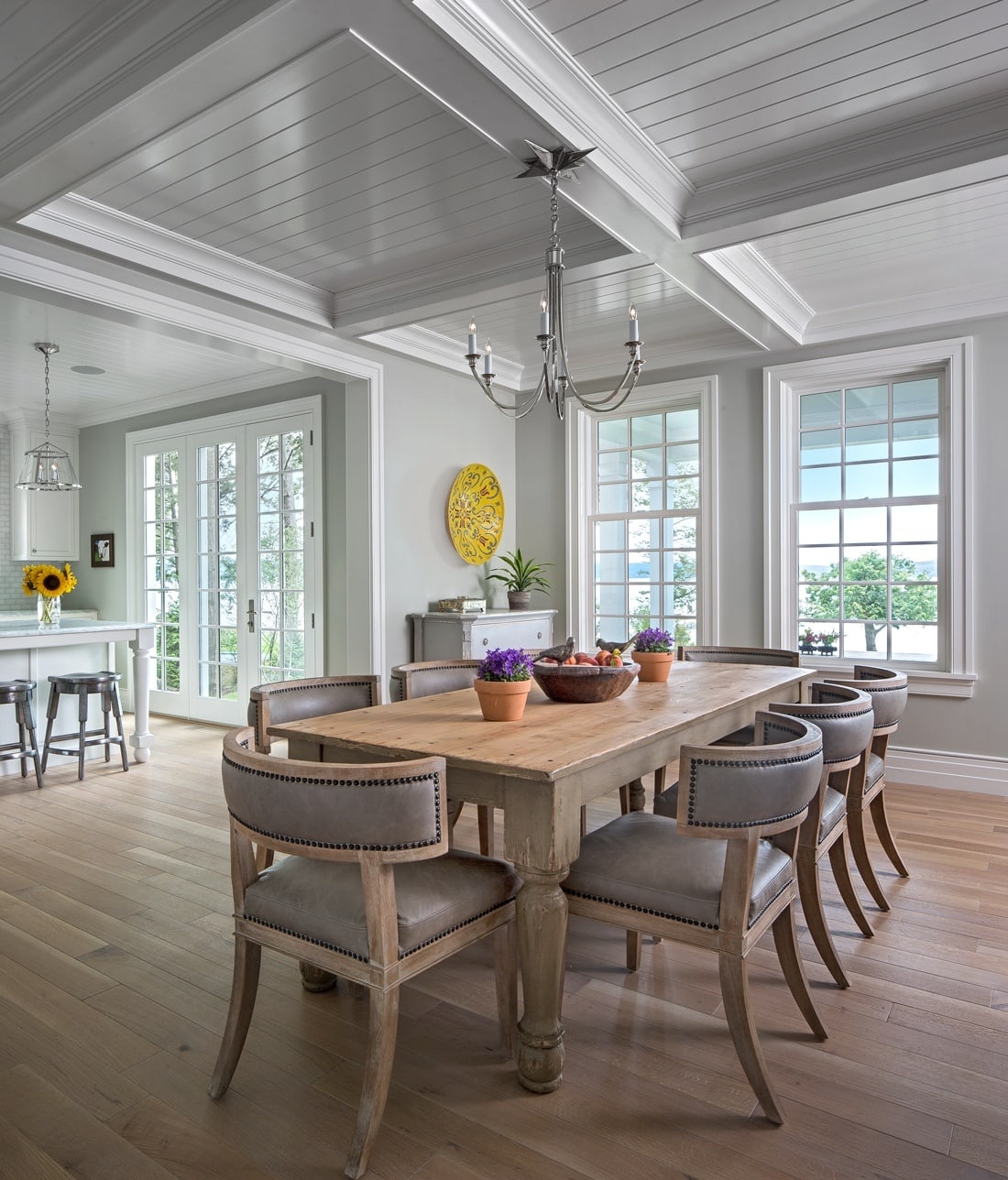 The construction went seamlessly with Eric and Nicole simplifying the design decisions for the busy homeowners every step of the way. The end result is a comfortable farmhouse-feel imbued with an elegant casualness. Pale-stained white oak floors, soothing sage-gray wall colors, white molding and a white v-groove/coffered ceiling create a peaceful backdrop for the stunning Glen Lake view out the window and for the homeowners’ collection of colorful art.

The marble facade on the fireplace echoes the open all-white kitchen across the living and dining area from it. Designed by Liz Firebaugh of Signature Kitchens, the kitchen is both classical and functional with its white cabinetry, custom hood, White Princess quartz countertops and an island generous enough to allow multiple people to gather around it. Details include an apron sink, polished nickel faucets and 48-inch Thermador Pro Harmony Range. 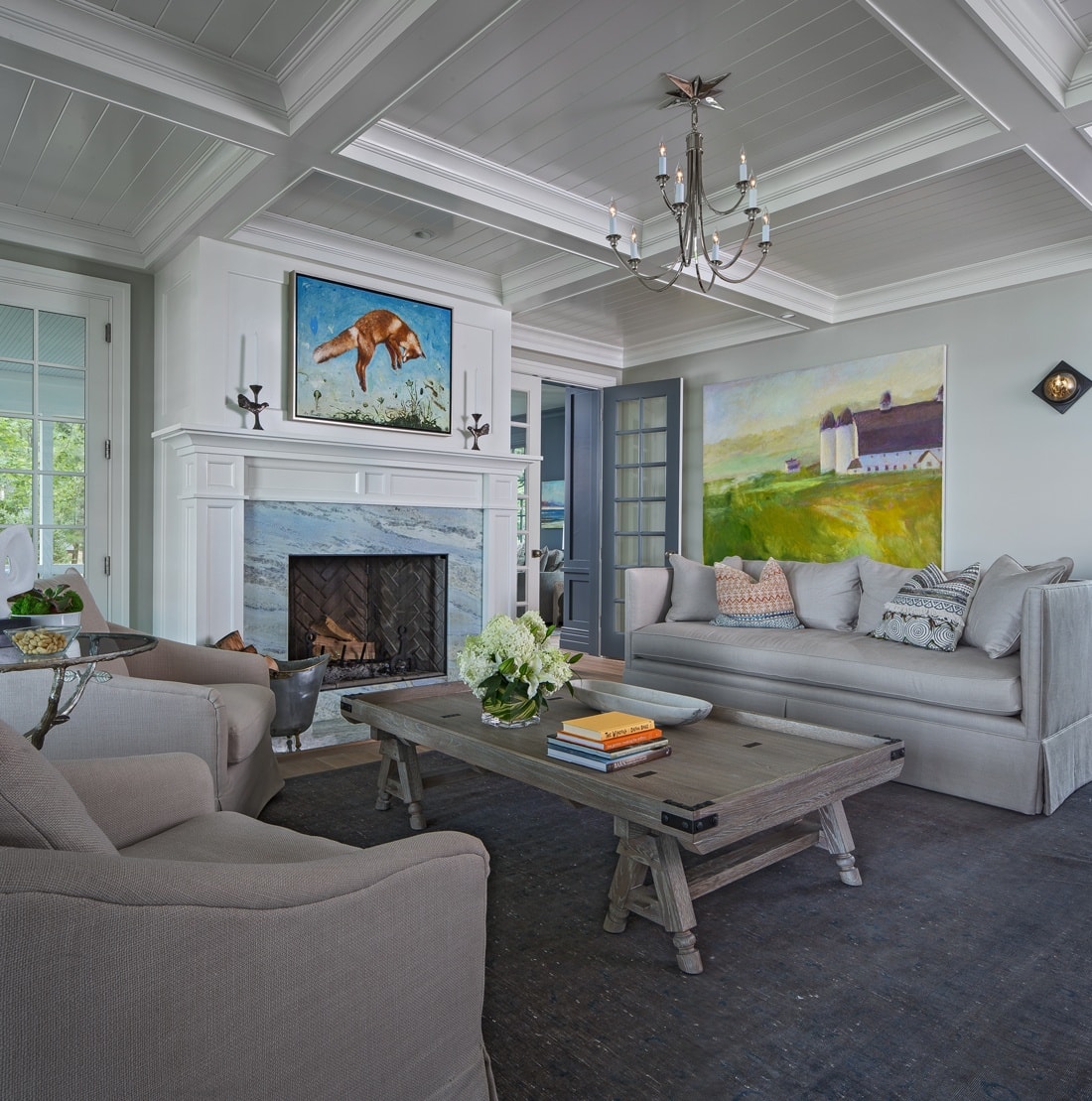 No doubt, serenity is the theme in this home—but tourgoers will also be enamored with fun, bold touches that include a television room with its walls and molding all painted a dark blue-gray. Two different floral wallpaper patterns, one in a downstairs powder room and the other in an upstairs bedroom, add a burst of feminine charm to the home. Another powder room is decorated with carved birds.

This classic, timeless home so filled with artistic touches is one not to miss on the tour. 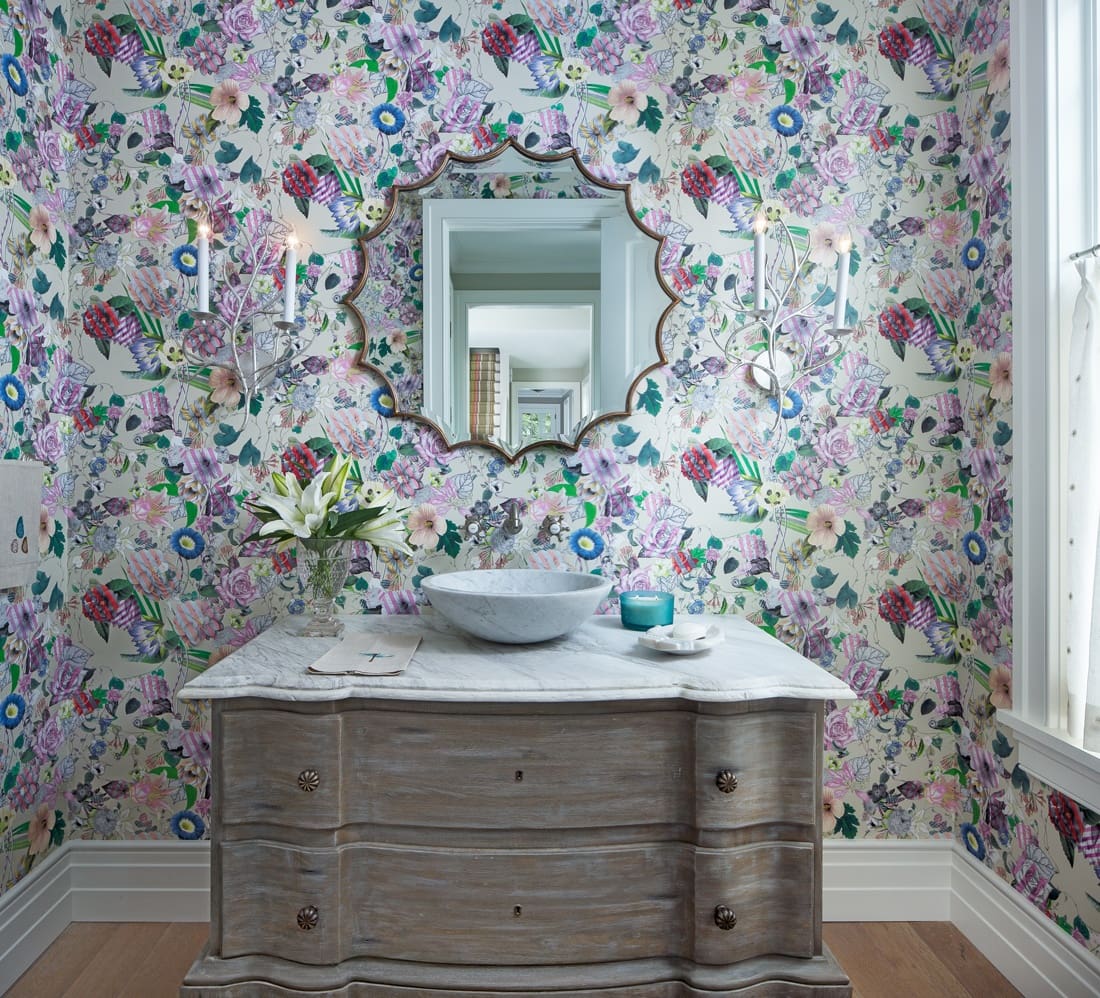 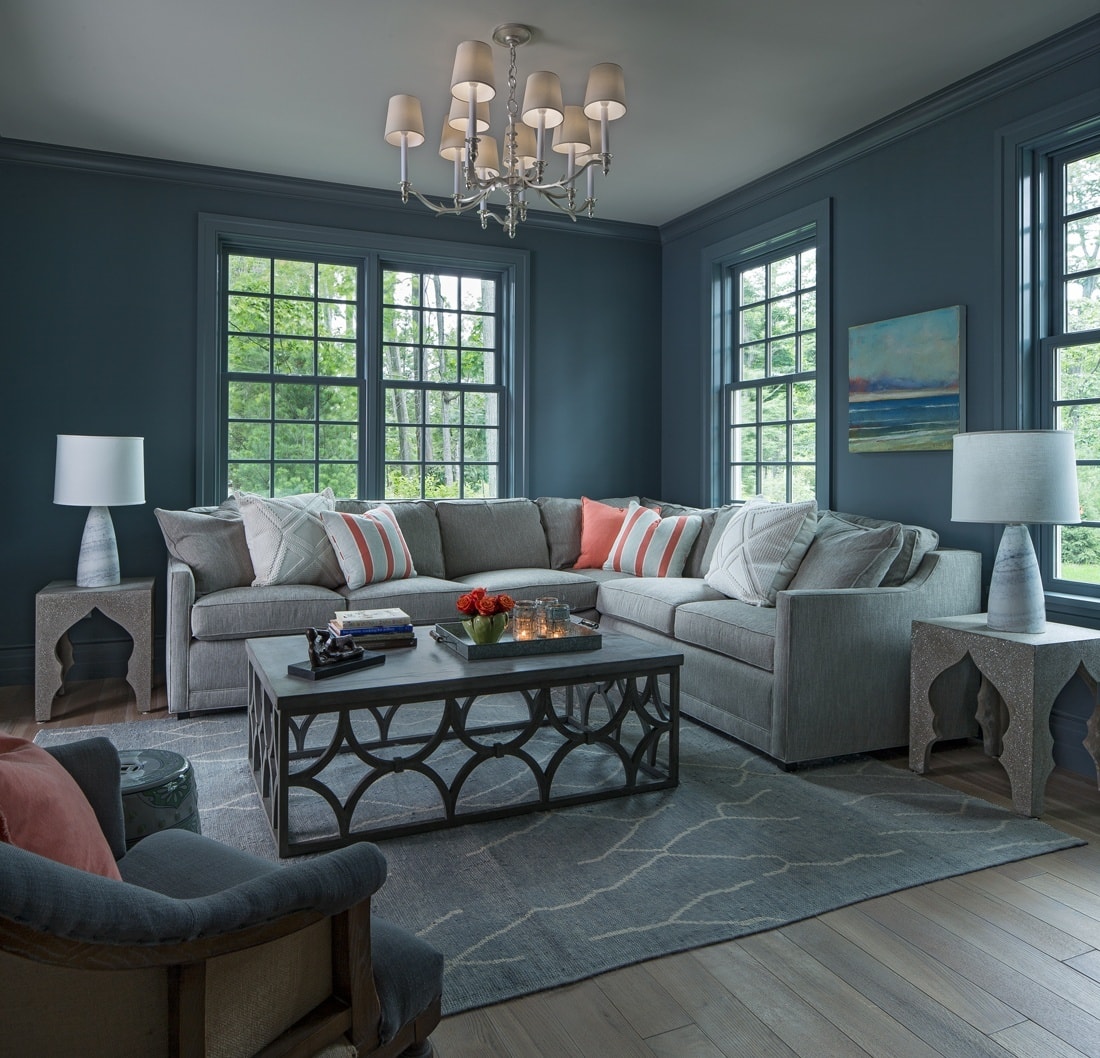 Tickets to the Traverse Area Home Tour are available on MyNorthTickets.com.