Readers, Get Ready. The National Writers Series Has an Incredible Fall Lineup 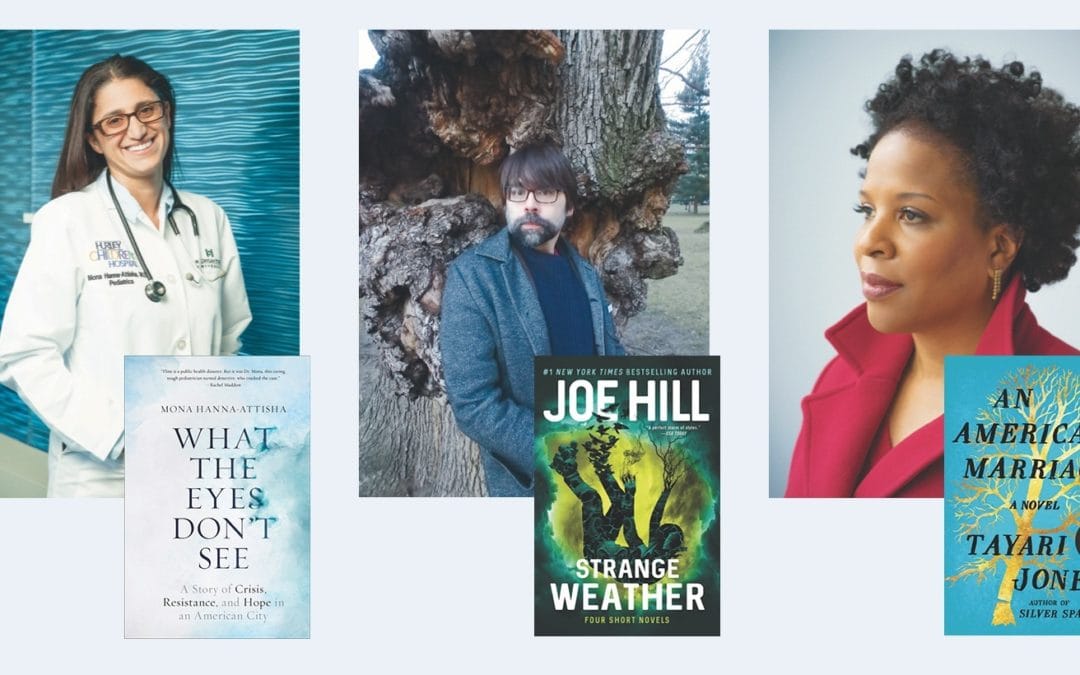 Our region’s much-loved National Writers Series brings nationally acclaimed authors to Traverse City to share their stories. We can’t wait for them to land in town this fall.

What the Eyes Don’t See
Even if you think you already know the story of the Flint water crisis, there is much to learn from this groundbreaking book, which reads like a scientific thriller set in real life.

Strange Weather
This #1 New York Times bestseller Joe Hill has been lauded as “the best horror writer of our generation.” (Did you know, his father is the legendary Stephen King?) Says NWS co-founder Anne Stanton, “every one of his novels has been optioned up by Hollywood, and Strange Weather is likely up next.”

Janesville: An American Story
Barack Obama listed Amy Goldstein’s new book among his top 10 in 2017. It tells the story of a Wisconsin town which, despite all efforts, still hasn’t recovered after losing its General Motors plant.

An American Marriage
Tayari Jones’s new novel, An American Marriage, was an instant New York Times bestseller and a 2018 Oprah’s Book Club selection, telling the astonishing story of a couple at the crossroads of love and injustice.

Taking the Arrow Out of the Heart
Alice Walker is the first African American woman to receive the Pulitzer Prize, and her novel The Color Purple was made into an Academy Award-nominated film and Broadway musical. Her latest work is a collection of bilingual poetry.

Warnings: Finding Cassandras to Stop Catastrophes
Richard Clarke served as an advisor to four presidents and was one of the few people to warn of Osama bin Laden’s attack. His book, Warnings, is the story of the future of national security.

The Great Halifax Explosion
His newest book tells the history of the Mont-Blanc, a World War I munitions ship that carried 3,000 tons of explosives and exploded in the waters of Halifax, Nova Scotia killing and wounding thousands.