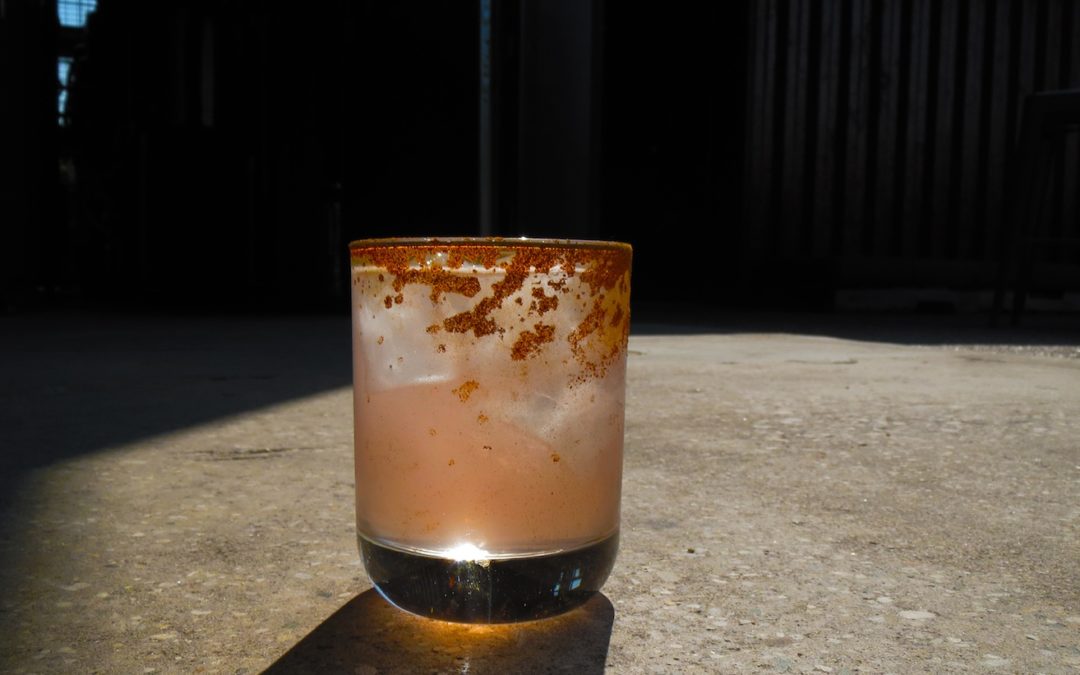 Celebrate the launch of our September issue of Traverse, Northern Michigan’s Magazine in Elk Rapids at Ethanolo¿y Distillery. 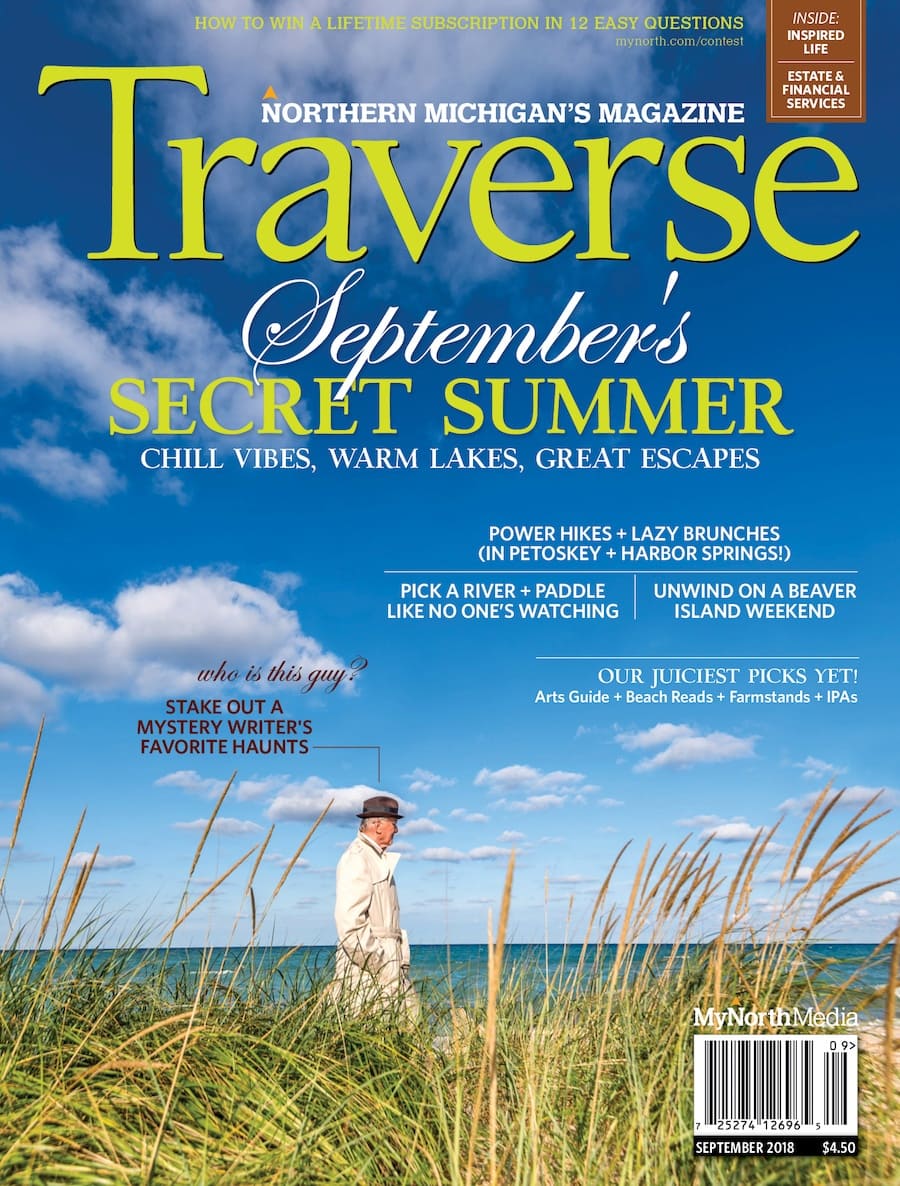 Join the editorial staff, special guests and your fellow readers of Traverse Magazine for an exclusive sneak peek of the upcoming September 2018 issue. It will be a fun night of casual networking, and Editor Emily Tyra will raise a glass to our readers and share behind-the-scenes stories. There will also be a special guest reading by local author Aaron Stander, featured on the cover, who has published nine murder mysteries set in Northern Michigan.

Ethanolo¿y’s incredibly creative mixologists have created a special summer cocktail for the September issue. Order it at the event, or make it at home (recipe below). It’s appropriately named “Ancient Pepon.” Pepon was the name the Greeks gave to watermelon and it was praised for its many healing properties. We’ll drink to that.

Place watermelon vodka, watermelon simple syrup, and peach tincture in a pint glass full of ice, and stir 30 revolutions. Flick water on one side of a rocks glass, and dust with ground cinnamon. Then add ice and strain mixture into the rocks glass. Grab beach chair, sit back and gingerly sip.

Take 1/4 of a medium-sized locally grown watermelon, slice and place in quart canning jar, then fill the jar with Ethanology Siligo vodka and let soak for 48 hours.

Slice 1/4 of a locally grown watermelon and place in a saucepan. Then, add 1 cup pure cane sugar, 2 cups water, simmer and reduce for about 20 minutes until thickened, and cool. Once cool, double strain into a glass jar.

Place in a canning jar, and let soak for 48 hours, then strain.

We hope to see you soon. RSVP.