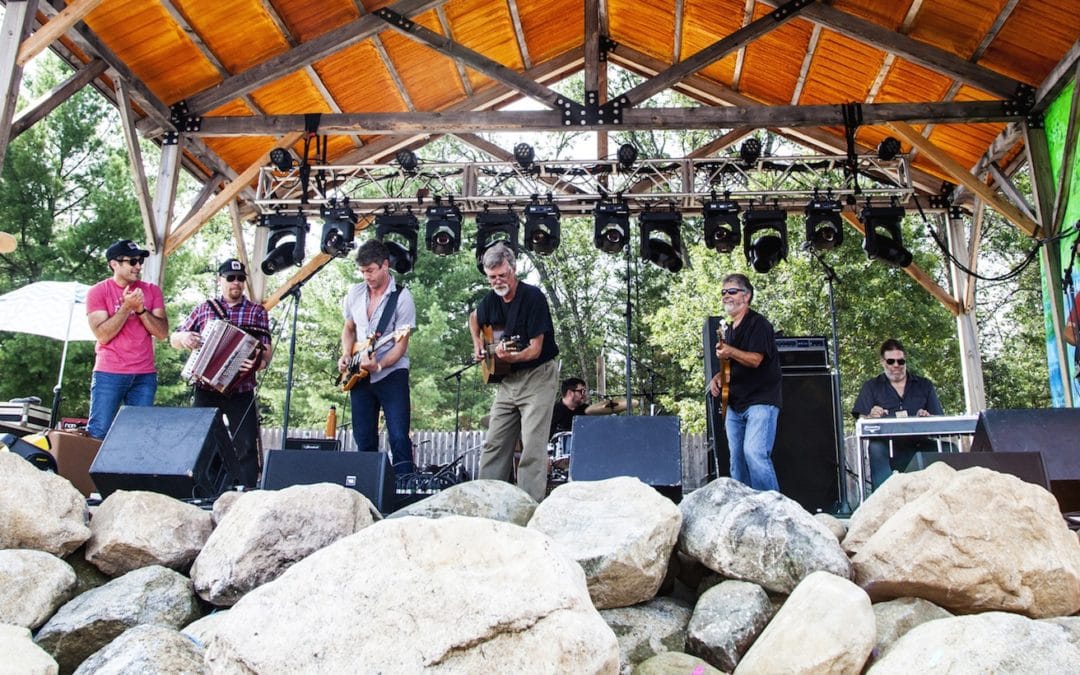 Jake Robinson never set out to create the next big music festival. Heck, the Kalamazoo-based luthier just wanted to play music with some of his friends then go back to making guitars for them. However, the Hoxeyville Music Festival had plans of its own.

Now in its 16th year, the Northern Michigan festival, set for August 17–19, has graduated from that first informal get together to three days jam-packed with music. Jam being the operative word, as the jam-band scene is well represented, and the musicians frequently cross-pollinate one another’s bands.

“The original vision? There wasn’t a vision, just a lot of friends. We had a big jam session and a keg of beer,” Jake says.

For the first few years, as the event slowly grew, it was held at Coyote Crossing Resort outside Cadillac. Then Jake got the urge to permanently escape Kalamazoo. He moved himself and the festival west of Cadillac to a 100-acre site near Wellston, just southeast of the intersection of M-55 and M-37. The festival grounds are near the Pine River, a scenic blue-ribbon trout stream and national wild river ideal for kayaking or canoeing. The wooded acreage of the Manistee National Forest offers numerous wooded camping sites and trails for hiking or biking. 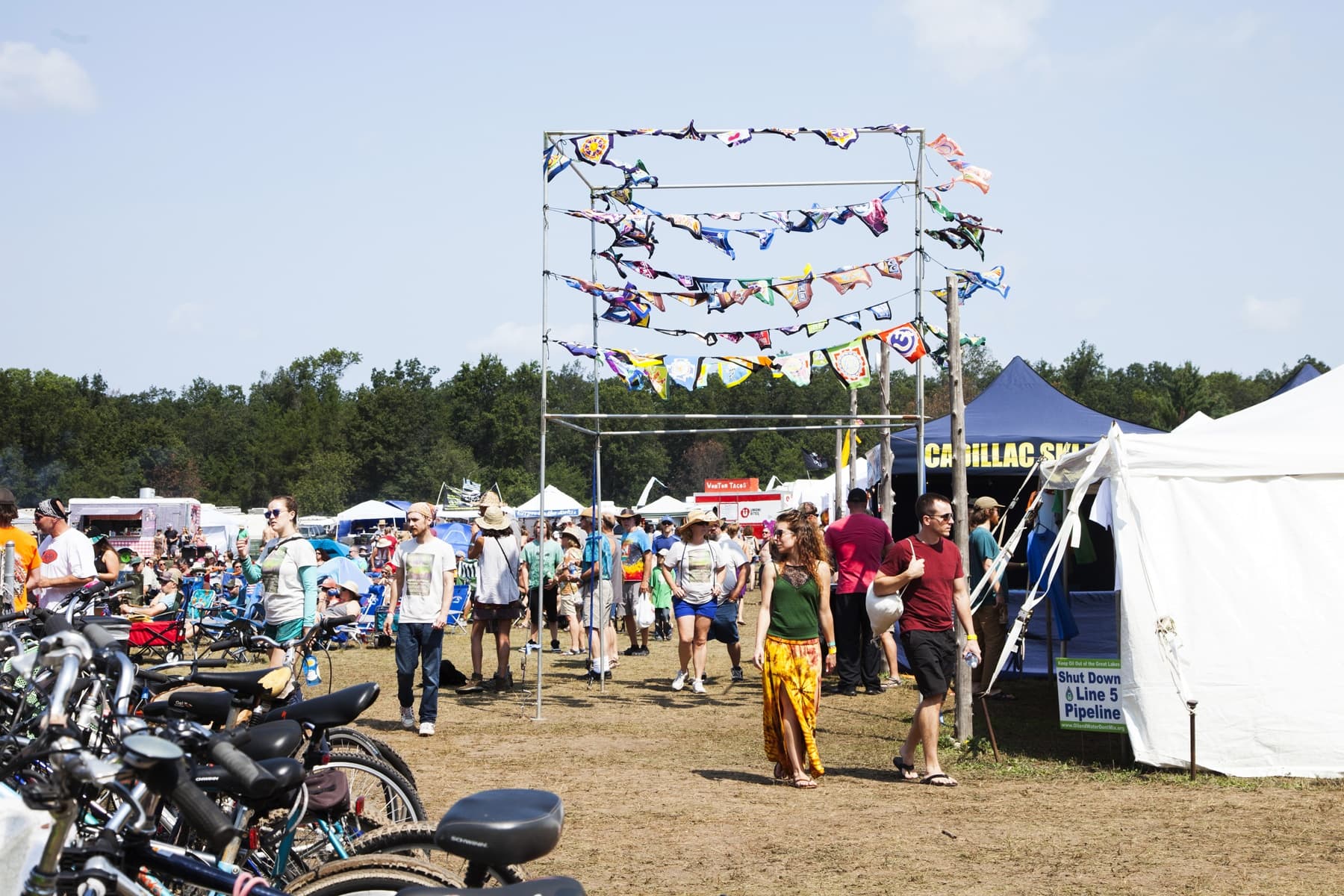 Of course, the focus of the weekend is music. Over the years, national headliners such as Ivan Neville, the Dirty Dozen Brass Band, and former Grateful Dead members Mickey Hart, Bill Kreutzmann, and Bruce Hornsby have taken the stage. It’s also been a chance to celebrate Michigan-made music, from Ultraviolet Hippopotamus to Luke Winslow-King to various entries from the Earthworks Collective.

The latter will be represented in part this year with a Steppin’ In It reunion. “This band has always been about the sum of its parts,” says singer/guitarist Joshua Davis. “It’s like a family. The reason we’ve been able to keep it fresh and make music is there are no egos.” Joshua Davis, of course, became familiar to a national audience thanks to his appearance on NBC’s The Voice.

Dominic John Davis is a regular in Jack White’s band. Other members come and go as they please. “I came to it as a solo artist. I still play with some of the guys on a pretty regular basis,” Joshua Davis says. Members of the group, solo and together, have been staples at the Hoxeyville Music Festival over the years.

In addition to Steppin’ In It, this year’s roster includes Dawes, Leftover Salmon, Lindsay Lou, Billy Strings, the Infamous Stringdusters, Winslow-King—in all, more than two dozen artists and bands will take the stage. A special early show Thursday night by Full Cord is followed by three full days of music.

Joshua Davis says the opportunity to see and hear other artists from the Great Lakes State is always enjoyable. “It allows you to see acts in a different light and for the musicians to get to see each other.”

He adds the size and setting also help to set a mood that’s different from many other music festivals. “Hoxeyville is not overwhelming. It’s enough of a party but it’s family-oriented. You’re comfortable bringing kids.”

Bands cross enough musical boundaries to keep things interesting for any audience. “Some (festivals) are traditional, like Wheatland and Hiawatha,” Joshua Davis says. “Hoxeyville is folk-ish with a lot of different faces. Steppin’ In It is a rock and roll band.”

“At its core is roots and Americana,” agrees founder Jake Robinson about his festival. “There’s a lot of bluegrass. We try to stay in roots but mix it up, keep it fresh. We’re always searching for new music. We pay attention to (festivals) similar to us in other parts of the country.”

Jake says he’s still playing music as well, though he’s cut back on the number of guitars he creates. “I’m not building as many—six or eight a year.” That’s due in large part to the growth of his baby, and his babies. “Our biggest growth has been young families, and (subsequently) kids’ entertainment. I have kids now too.”