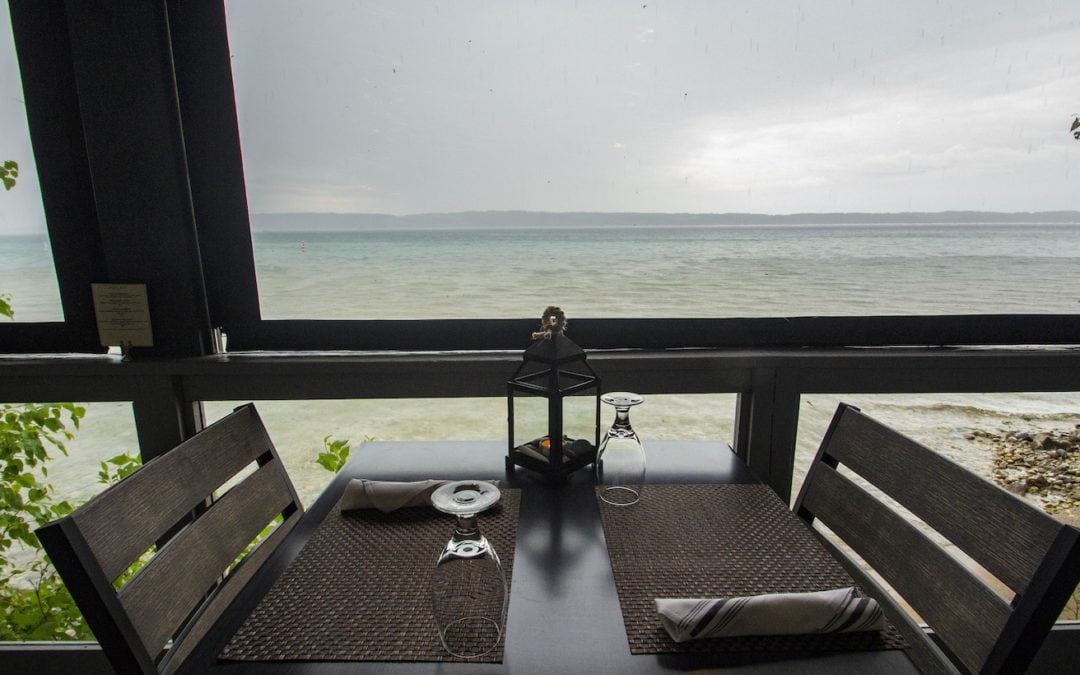 Venture out to Rocks Landing in Frankfort for a casual dining experience right on the water. The new Northern Michigan restaurant has an eclectic menu featuring local ingredients.

Opening in June, Rocks Landing used to be the Beach Dining Room at Chimney Corners Resort. The restaurant now operates independently of the resort, but it will keep the tradition of Monday night BBQ  alive for families and the community. Read on for a peek at the menu and renovations.

Every week you might find something a little different at Rocks Landing. If you see it on their menu, you can probably find it down at the local market. Just-picked greens and produce come from Benzie County greenhouses and ingredients are sourced as locally as possible.

Executive chef Joe Meyers brings his skillset from Portland, Oregon, and together with co-owner Steve Tebo, the culinary team strives for sustainable food that brings a myriad of tastes to Frankfort. A favorite on this summer’s menu is the crispy pork belly salad. It balances the sweetness of watermelon with the bitterness of Arugula, and the pork is cured in olives from Lynn and Perin for extra flavor. 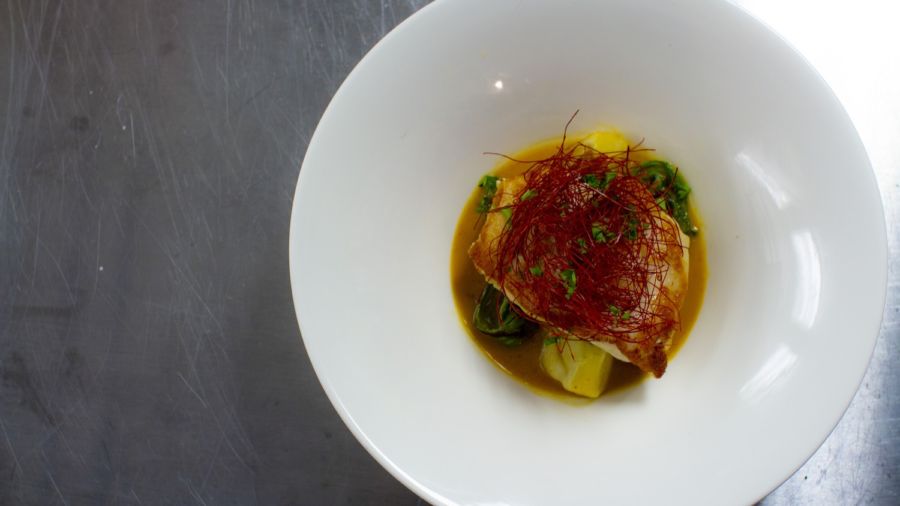 In addition to classics such as New York strip and ricotta gnocchi, you can order grilled octopus—and it’ll taste better than you imagined. The tenderness and flavor might surprise you. The fried calamari is always a sure hit, too. They’re hand cut, breaded in a masa harina corn flour, and served with lemon aioli.

The sea scallops are another popular menu item—even East Coasters will praise the way they’re prepared. Each scallop gets a heavy sear on both sides so there’s a thin crust, but the center stays translucent. That texture is part of what sets ordinary scallops apart from exceptional ones, and at Rocks Landing, you can taste the difference. 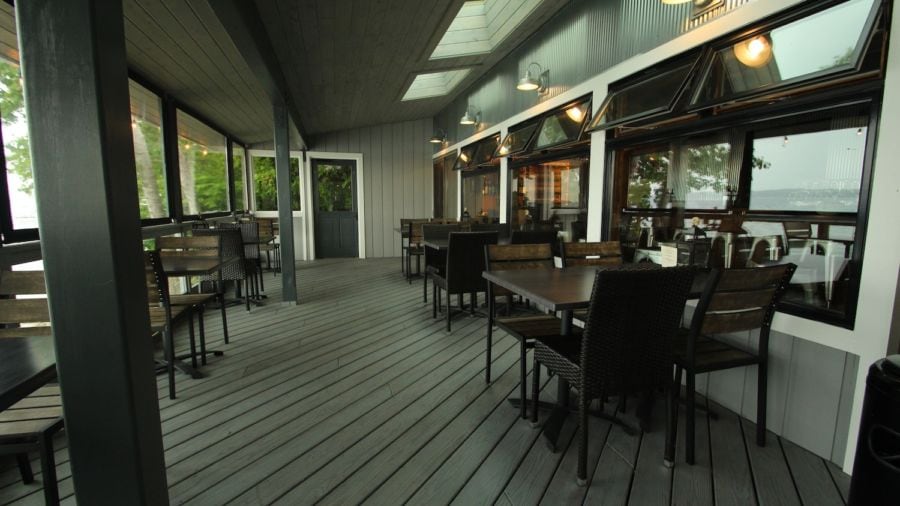 When you see Crystal Lake from the porch of Rocks Landing, you understand why the location influenced the renovation process. The great food isn’t the only attraction here, it’s the atmosphere and culture of Benzie County. While enjoying food with your family (because most of these are shareable servings, mind you) you’ll see friends dining just tables down, sailboats racing out on Crystal Lake, and kiteboarders catching the wind.

Throughout the interior, it’s hard to tell where old meets new. The stone fireplace is surrounded by wood that crosses over to the outdoor seating, which runs along the water. Rocks Landing brings out the best of casual atmosphere, so jeans are just fine. When you glance around at the decor, though, you feel like you’re dining at one of the finest places in Michigan.

The building renovations seem to match the food style. Steve says Rocks Landing is “steak-and-potatoes, but presented in ways you never imagined possible.” Casual dining collides with fine, and old meets new in the building and on the menu. 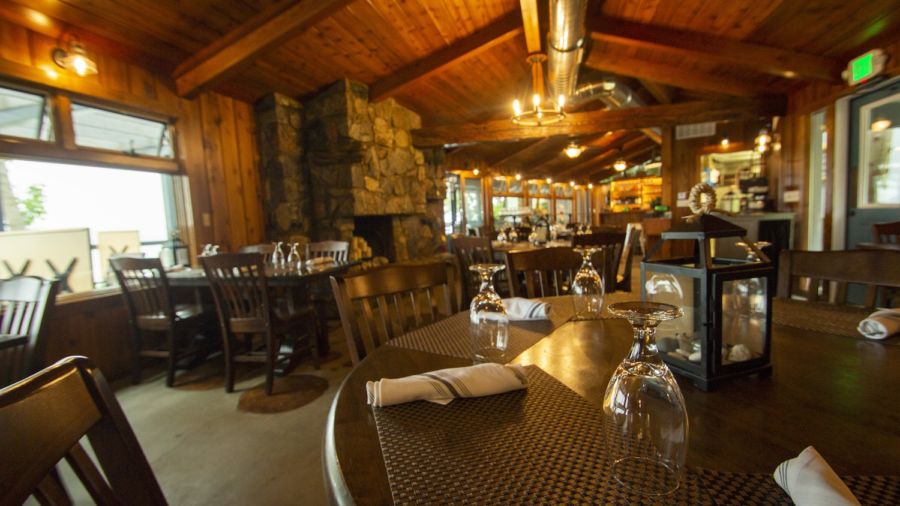 Mollie Rogers, the matriarch of the Rogers family, was a world traveler and an adventurous eater. Her curiosity and passion influenced Steve Tebo while he worked alongside her as Chimney Corners Resort’s Food Service Manager from 2011–2017.

The Rogers have always valued family, and that has been upheld by Steve and his team at the new restaurant. The name, Rocks Landing, is even a nod to the Rogers family. Rockwell is the middle name of the Rogers men, who have all been known as “Rock” for years.

This isn’t Steve’s first go in the restaurant business. He also started Coho, a popular restaurant in Frankfort. After success there, Steve decided it was time to do something new. His family and friends came on board with this venture, saying, “He’s 10 years older, 10 years wiser. So he must have done something right.” Chefs, servers, bartenders, and managers of Steve’s prior restaurant years have all come to join the Rocks Landing team, and it makes for one truly gigantic family. 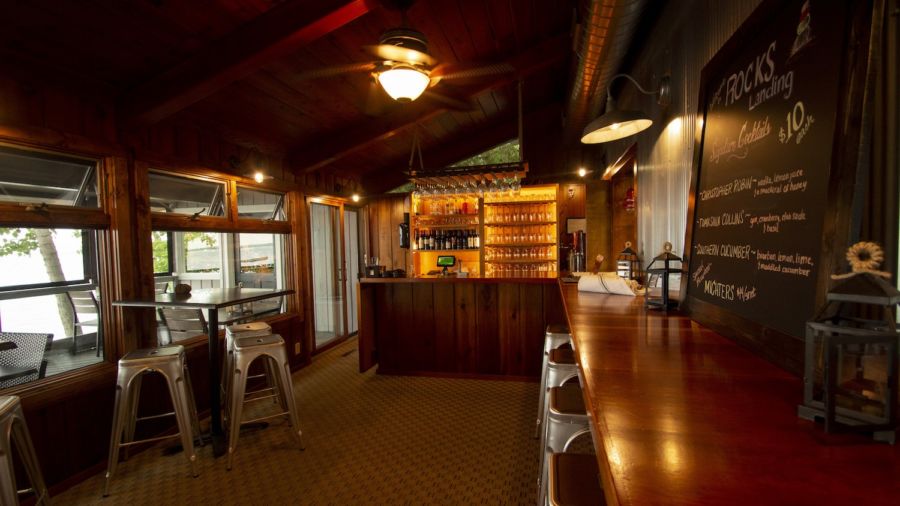 Plan your trip out to Frankfort this summer to land your taste buds on something extraordinary. Rocks Landing is a nod to the Roger family and the spirit of Benzie County, Michigan. So, grab your paddleboard or your kayak, drive or walk, stay awhile or stop in just for a drink—there’s something for everyone at Rocks Landing. 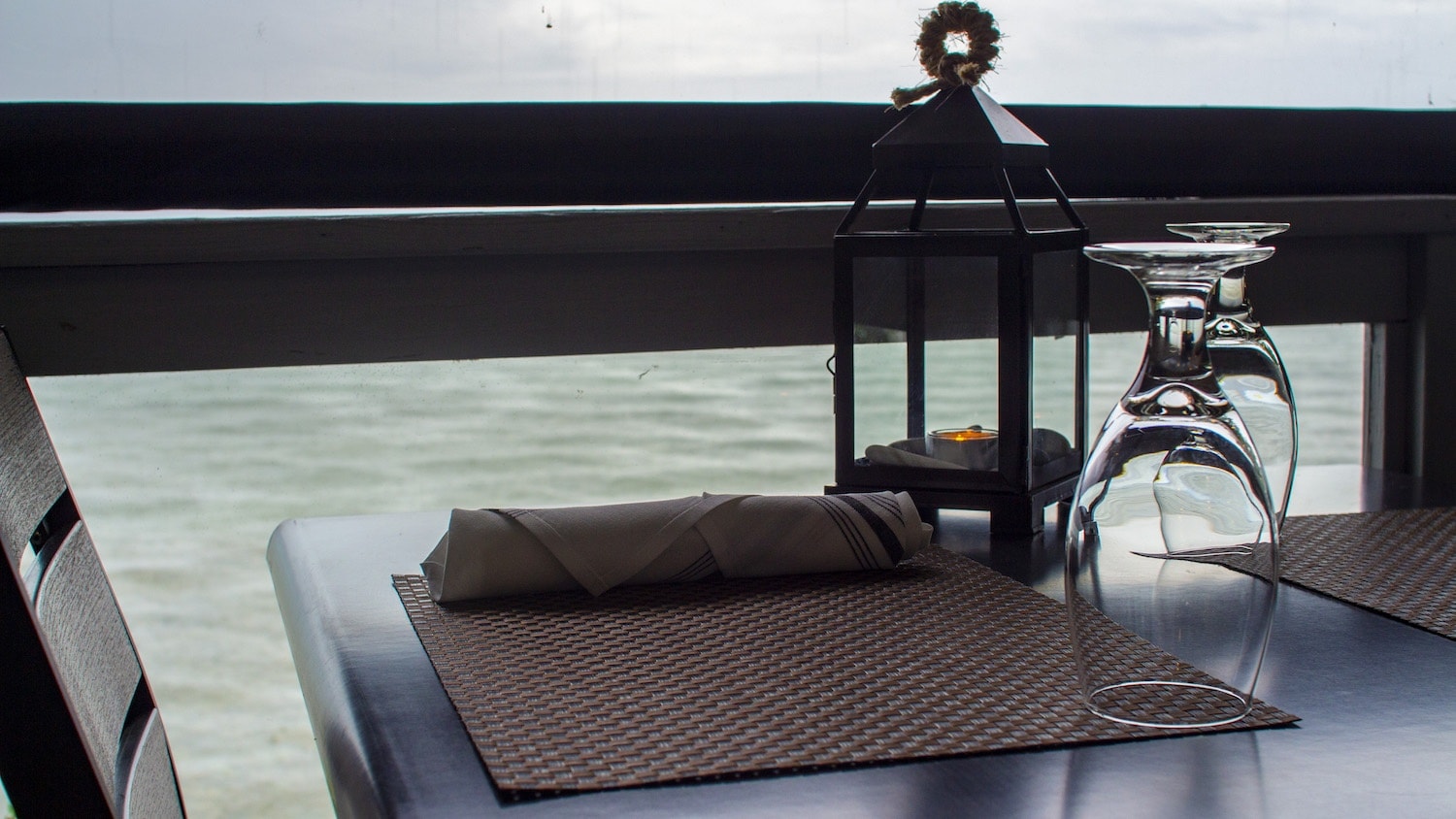