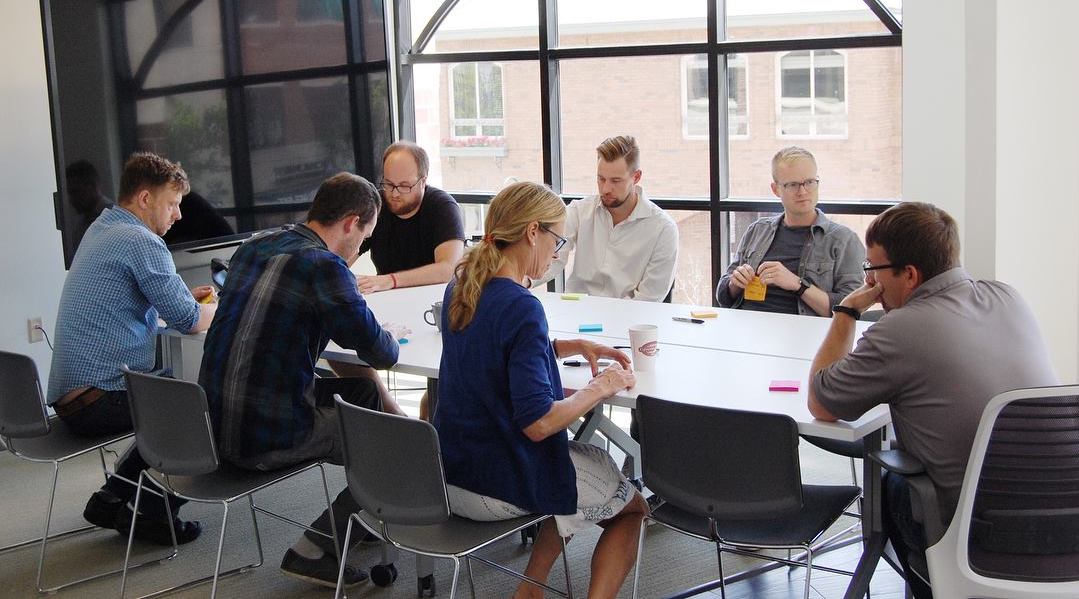 An initial cohort of eight tech startups will be featured at next week’s grand opening celebration of 20Fathoms, a nonprofit business incubator, technology hub, and collaborative workspace that launched earlier this summer in downtown Traverse City.

“We quietly opened the doors just a couple weeks ago and already we’re at half capacity,” says Andy Cole, Executive Director of 20Fathoms. “We expect to reach full capacity very soon. The momentum has been incredible and the hunger for this kind of support is very, very clear. This is going to be huge for these entrepreneurs and for Traverse City. Big things are going to happen.”

The grand opening celebration begins at 5 p.m. on Thursday, July 26 at 20Fathoms’ 5,700-square-foot headquarters in the heart of downtown at the corner of Front Street and Park Street on the second floor of the 101 North Park Street building. The event will include tours and a tent party on Park Street. Cole will introduce 20Fathoms’ initial cohort of entrepreneurs and discuss upcoming plans and events, including educational programming provided by Michigan Technological University and Michigan State University, and Grand Circus. 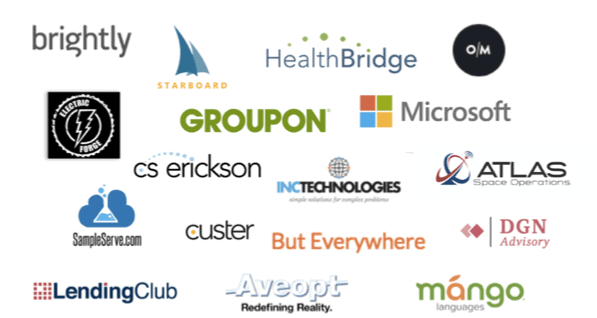 Members are impressed with the workspace so far, and they are enthusiastic about its potential. “We’re very excited about being a part of the 20Fathoms community, the amazing energy of all the people involved and the incredible things that we’re going to accomplish together,” says Tim Heger, CTO of HealthBridge. SampleServe chose to locate in 20Fathoms “because of the facilities and technology-focused business amenities,” explains Russell Schindler, CEO of SampleServe. “The ongoing educational opportunities and access to advisers and potential investors is also a significant benefit to being located in 20Fathoms.” Aramis Hernandez, president of Inc Technologies agrees. “Collaboration has been the primary source of our continued growth and success. Working in an exclusive and diverse space such as 20Fathoms is a natural and progressive step toward our mission of maintaining an edge in the technology sector.”

In addition to startups in the 20Fathoms incubator, there are also several innovators and technology experts from more established organizations working out of the collaborative workspace. These individuals have committed to directly contributing to 20Fathoms’ entrepreneurs by providing mentorship, workshops and presentations on their respective industry and expertise, and in some cases a connection to their broader organization.

“Having recently moved to Traverse City, I was extremely pleased to find such an entrepreneurial community and 20Fathoms in particular,” says Kenneth Davies, Director of Renewables at Microsoft and previously a venture capitalist with Google Ventures and founder of Google Energy LLC. “I’m looking forward to sharing my experience as a venture capitalist with the startups at 20Fathoms and perhaps even working on a startup idea or two of my own.”

Jamie Kemler, who serves on the boards of TCNewTech and the Northern Michigan Angles, comes from Boston, having years of experience working out of the Cambridge Innovation Center (among the largest tech co-working spaces in the country) before moving to Traverse City about two years ago. “I’m especially excited to see the 20Fathoms incubator open in downtown TC,” says Kemler, who is also a SCORE mentor. “I’m impressed that it has a similar look and feel to the CIC and already is attracting a variety of early-stage startups and expanding tech companies. I have no doubt that it will grow over time and become a critical factor in the success of the local entrepreneurial scene.”

20Fathoms’ mission is to cultivate a thriving and connected startup ecosystem in Northern Michigan, with an eye toward making the city a magnet for tech talent and startup companies poised for exponential growth. 20Fathoms is currently accepting sponsorships and partnerships. Those interested may inquire at info@20fathoms.org.