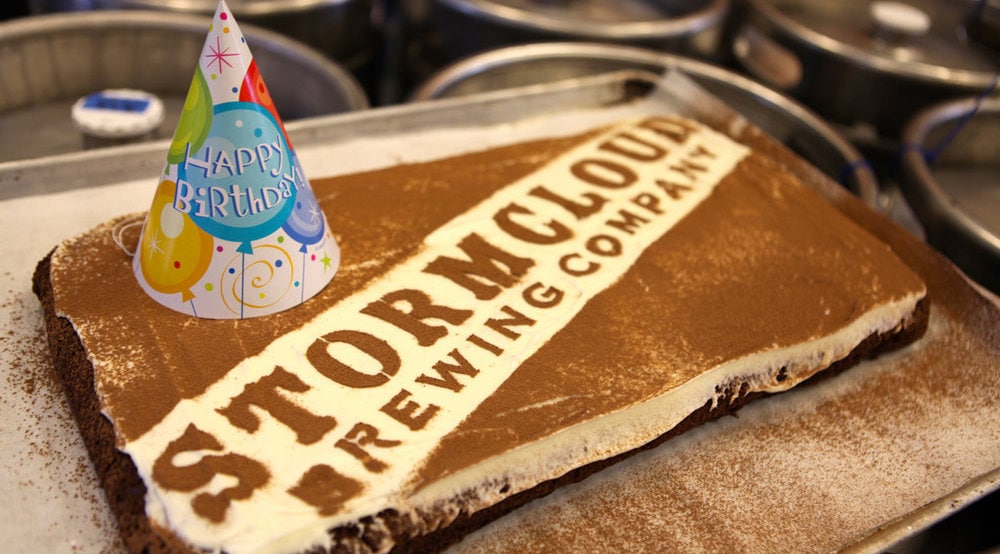 This June is Stormcloud Brewing Company’s fifth anniversary in Frankfort. The Northern Michigan brewery will celebrate its “Beerthday” on Saturday, June 16 with two fundraising events plus a party in Stormcloud’s downtown pub. Both fundraising events will raise money and awareness for the Betsie Valley Trail, a 22-mile pathway for bikers and hikers stretching across Benzie County.
For the third year in a row, Stormcloud will host a Fun Ride/Walk on the trail. The event begins at Penfold Park, near the Betsie Valley Trailhead in Elberta, and ends in downtown Frankfort at Stormcloud. For each participant, Stormcloud will donate $5 to the Friends of the Betsie Valley Trail, a non-profit organization that oversees development and operation of the trail. The event starts at 3 p.m. with free hot dogs, beverages, express bike tune-ups, and live music, followed by the Fun Ride/Walk at 4 p.m. Participants can dress in costumes and decorate their bikes for a chance to win Stormcloud prizes. Benzie Bus will provide rides from Stormcloud to Elberta.
In addition, Stormcloud is hosting a fundraising event in the pub to benefit the Betsie Valley Trail. Fifty percent of all pub sales between the hours of 5–7 p.m. will be donated to the non-profit organization. Both fundraisers are part of the brewery’s Stormcloud Builds Community initiative.
As part of Stormcloud Builds Community, Stormcloud Brewing Company selects one charitable organization making a difference in Northern Michigan to share its message with customers and help raise funding for its efforts. To date, Stormcloud Builds Community has helped support 22 non-profit organizations in northwest lower Michigan.
Stormcloud Brewing Company will also celebrate its big day with a “Beerthday Bash” at its pub complete with beer can chicken on the grill, free beer cake, and live music from Darin Larner Jr. at 6 p.m. and Blue Footed Booby at 8 p.m. For more, visit stormcloudbrewing.com/beerthday.