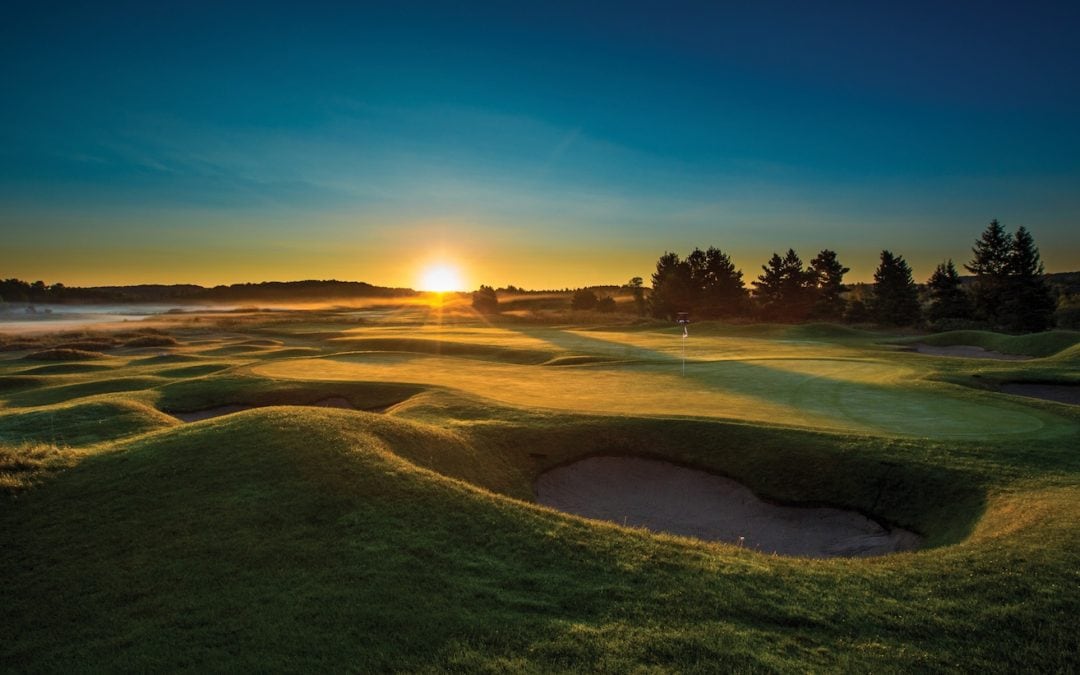 The Michigan Open Championship, the state’s oldest and most prestigious annual tournament, returns to The Bear at Grand Traverse Resort and Spa June 11–14. For the first time, the event will coincide with a special junior clinic put on by the resort, the Traverse City Junior Golf Association, and the Michigan PGA.

Below, you’ll find all the details about the tournament, the clinic, and The Bear. We invite you to come out and watch the 101st Michigan Open and see golf history in the making!

Dates and Details for Spectators

About the Michigan Open Championship

The Michigan Open was first played in 1916 and won by Leo Diegel, who also played in the inaugural Ryder Cup matches and the first Masters Tournament in Augusta, Georgia. Many of golf’s most famous have their names listed on the Michigan Open’s James Standish Trophy, including Walter Hagen, Chuck Kocsis, Al Watrous, Horton Smith, Walter Burkemo, and John Barnum.

The 2018 championship is being presented by Yamaha Golf Cars Plus and MercyElite Sports Performance with additional support from Pepsi and Traverse City Tourism.

The field is traditionally made up of the top Michigan PGA professionals, touring professionals who maintain residency in the state, and the top amateur players. The Championship is a 72-hole stroke play event. A field of 156 starting golfers will be determined after entrants not in the exempt categories play in one of seven qualifiers presented around the state between May 22 and June 3. A special three-spot qualifier will also be held on June 9 at Traverse City Golf & Country Club, which can be used as a first or second attempt. A tie for first place will be decided by a sudden-death playoff immediately following the completion of the final round. Purse payout is for those who return a 72-hole score.

The Bear was home to the Michigan Open Championship from 1985 through 2008 and is often described as one of the toughest golf courses in the state. It is an 18-hole, par 72 course which features terraced fairways, tiered greens, deep grassy roughs, moguls and mounds, and deep pot bunkers. A true test for even the finest golfers, The Bear plays to 7,078 yards from the championship tees. It has four lakes, 10 holes with water hazards, and only one hole with no bunkers: the 6th Hole. The Bear is a signature design of Jack Nicklaus and officially opened on June 17, 1985.

Grand Traverse Resort and Spa will be hosting a junior golf clinic in conjunction with the Traverse City Junior Golf Association and the Michigan PGA.

Volunteering at the Michigan Open

The success of the Michigan Open is largely due to the volunteers who help make the event run smoothly providing services such as live tournament scoring, leader boards, shuttle driving, spotting, score verification, and more. The Michigan PGA will be providing volunteer training meetings prior to the event. Volunteers will receive complimentary golf from the resort and a hat from the Michigan PGA. Those interested in volunteering should contact Kyle Oberstadt at koberstadt@gtresort.com or 231-534-6586.