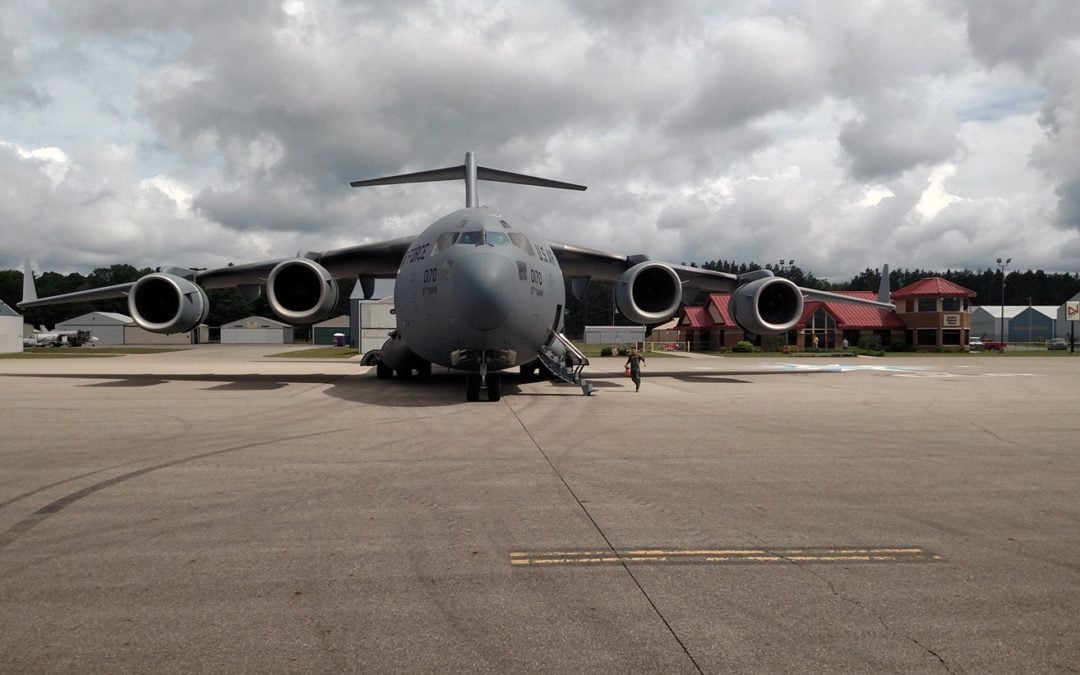 Get ready for two days of high-flying fun! The Wings Over Northern Michigan Airshow is June 16 and 17 at the Gaylord Regional Airport. With historic World War II aircraft and vehicles to state-of-the-art modern military assets, this airshow is unlike any other. When the jets take off, you’ll feel the ground shake, smell the fuel, and feel the heat coming off the engine—then, the performance starts!

You’re not going to want to miss these featured attractions:

But wait, there’s more! You’ll get the chance to sit in, view, and enjoy the modern and historic military vehicles. You’ll see the Air Combat Command A-10 Thunderbolt II Demonstration Flight Team perform precision aerial maneuvers. Vendors offer everything from food and drinks to T-shirts, hats, and model planes. Attendees can ride on some planes and helicopters or have a turn touring aircraft and talking to pilots and performers.

Two lucky Grand Prize winners will receive the ride of their lives in a Ferrari or Lamborghini! With the option to ride along or take a spin behind the wheel,  it’s possible to reach speeds up 200mph on the airport runway! One winner will be announced per day during the show. Runner up winners can win a variety of awesome items, from t-shirts, to posters autographed by the pilots and more! To enter, simply purchase your tickets at mynorthtickets.com and include your email address at checkout.

Mark your calendars for:

Can’t wait for the fun to begin? Don’t worry, Wings Over Northern Michigan is kicking off the weekend with the Big Band Night Hangar Party on Friday, June 15. Enjoy a trip to the past with the 1940s theme and dance the night away with a live band playing Glenn Miller favorites in a one-of-a-kind party setting. Brought to you by EAA1095, doors open at 6 p.m. Purchase tickets online at EAA 1095.

For the seventh year in a row, Wings Over Northern Michigan has teamed up with local radio station WMJZ Eagle 101.5. Participants have until June 1 to be one of the first people to call Eagle Radio (989.732.9515) with the location of the airplane parked someplace in Gaylord to win FREE air show tickets!

Tickets for Wings Over Northern Michigan are available at MyNorthTickets.com