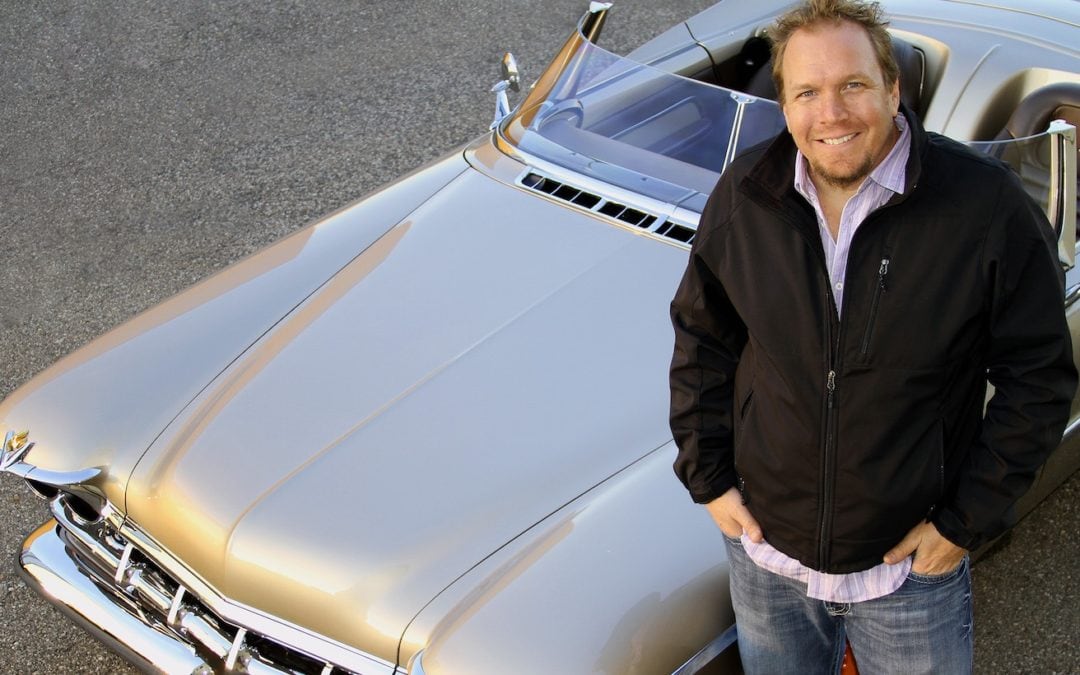 The St. Ignace Car Show Weekend has been a must-attend event for car lovers for 43 years and is still going strong! Over the weekend of June 28–30, more than 1,000 classics, customs, hot rods, and late-models converge on the picturesque lakeside setting along with more than 30,000 spectators. It all kicks off with the Cruise Night on Thursday, June 28 and then continues with the Down Memory Lane Parade Friday night. On Saturday, the event culminates with autos on display throughout downtown St. Ignace.

This year’s guest of honor is hot rod designer Murray Pfaff of Pfaff Designs. “Murray has designed over 400 cars for top builders coast to coast and is well known for his own builds as well,” says Quincy Ranville, executive director of the St. Ignace Visitors Bureau.

Pfaff’s cars can be found in the pages of Hot Rod and on display at the SEMA Show in Las Vegas.  Each year he organizes a fundraiser at the Detroit Autorama known as “The D Lot” that has generated more than 100,000 meals for the hungry in Michigan.

“I am flattered and honored to be invited back to gorgeous St. Ignace,” Pfaff says. “This car show is one of Michigan’s crown jewels for car enthusiasts.”

Pfaff is probably best known for a two-seat runabout called “The Imperial Speedster” that he designed, built, and owns. Starting with a 19-foot 1959 Imperial, Pfaff and his friends shortened it 4’3”, narrowed it 8”, and sectioned it 3” creating the hot rod concept car that Chrysler never built. It won Darryl Starbird’s “Go for the Gold” award and has been featured in numerous magazines and at the Playboy Mansion. It most recently appeared on the Caffeine and Octane TV show.

In his spare time, Pfaff can be found in the garage behind his studio building his own hot rods, including a 1956 Cadillac Custom Lead Sled known as “FireMaker,” a 2002 MINI “Alter-Ego” that he races, a supercharged Dodge Ram “Draggin’ Wagon,” the “Super Yeti” Jeep, and custom built pitbike “SqueezeBox.” Several of his designs will be on display at St.Ignace courtesy of auto hauling specialists, Pilot Transport.

Pfaff lives in Royal Oak, Michigan with his wife Monique and son Griffin. He is originally from New York and studied at Syracuse University where he received his Bachelor’s degree in Industrial Design. To follow Pfaff Designs, go to www.facebook.com/pfaffdesigns.