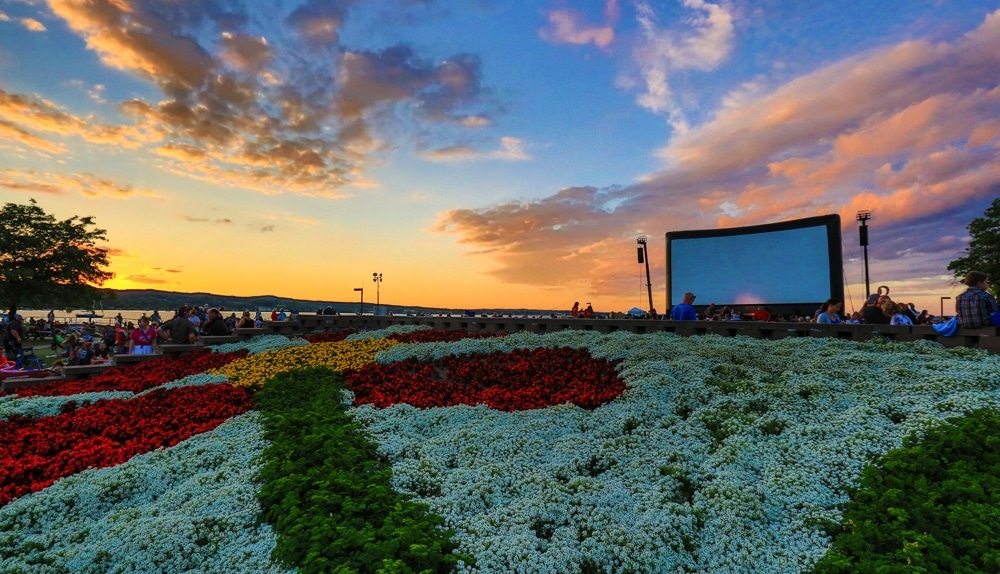 One of the most popular events of the festival is always the annual People’s Choice Night at the Open Space Park on Grand Traverse Bay. Once again, voting is open to the public so YOU can decide what will play on the giant 65-foot inflatable screen on the evening of Friday, August 3. This year, choose from a list of returning all-time Open Space favorites including E.T. the Extra-Terrestrial, Ferris Bueller’s Day Off, Ghostbusters (1984), A League of Their Own, Pee-wee’s Big Adventure, and Raiders of the Lost Ark. Click here to vote by Friday, June 8.

The festival’s gift to the community, the People’s Choice winner and other family films will show nightly at the Open Space Park right on the bay, for FREE, from Tuesday, July 31 through Sunday, August 5 at dusk (approximately 9:30 p.m.). Music, food, and entertainment begin at 7 p.m. each night. The People’s Choice winner and the full lineup of Open Space films will be announced on June 29.

Unlike other festivals and theaters, TCFF doesn’t run ads before movie screenings. Instead, audiences are treated to the incredible creativity and storytelling prowess of the Bumper Contest winners. Bumpers are 20- to 60-second short films designed to play before festival feature presentations. TCFF is looking for you to share your talents by making creative shorts that capture the spirit of the festival and Traverse City. Thanks to the sponsor, FIM Group, there’s even a top cash prize of $1,000! So get out there and get going! Everyone can’t wait to see what you come up with.

Entries are due by Monday, July 9, and viewing links can be submitted by email to bumpers@tcff.org. For more info, recommendations, fine print, and a look at last year’s winners, visit Bumper Contest How-To.