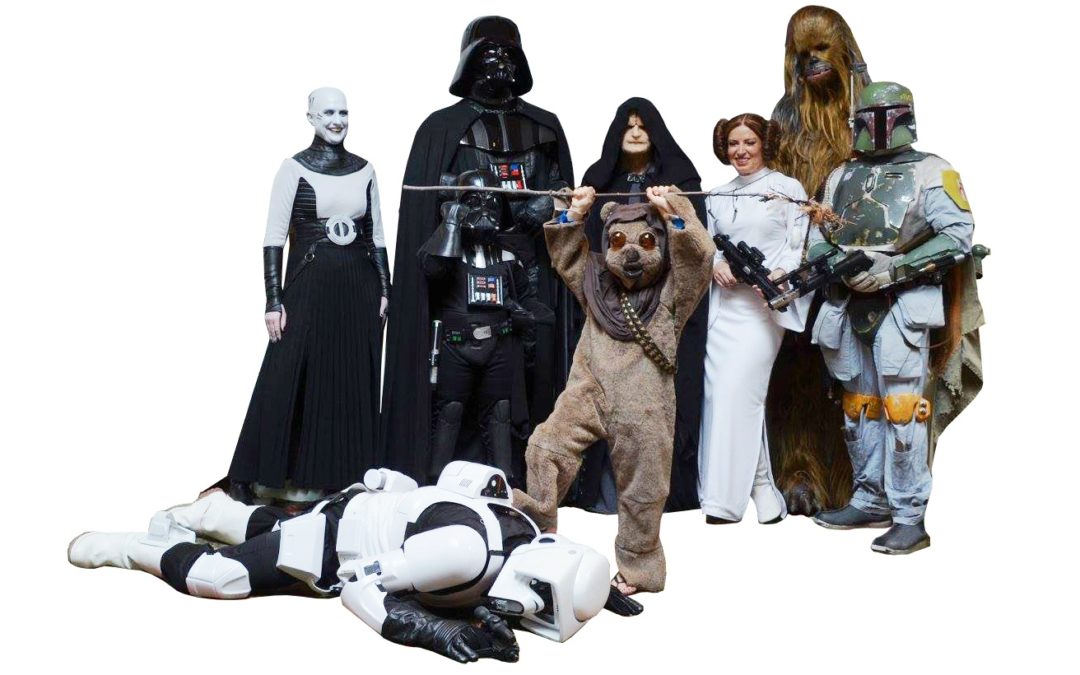 The annual Traverse City event, Cherry Capital Comic Con (C4), is returning to the Grand Traverse Resort & Spa May 25 to 27.

When Mike Akerley bought Top Comics, it wasn’t long before he was approached by customers who thought he ought to put on a comic convention. Like, less than a year. “So I took a shot,” Akerley says.

Akerleey says the organizers make sure it is a family-friendly event. “The cool part is you can take three or four generations and there’s something for everyone.” And no one gets bored. “It’s a different experience for everyone.”

The Cherry Capital Comic Convention is billed as Northern Michigan’s largest comic book and pop entertainment expo. It features panel discussions about the comics industry, plenty of cosplay with a costume contest for the adults and one for the kids, a karaoke after-party, a silent auction, photo opportunities, and—ahem—comic books. Loads and loads of comic books from a host of vendors. There will be tables and displays of every sort, whether you’re looking for Bronze, Silver, or Golden Age comics, Star Wars toys, Pop Vinyls, T-shirts or gadgets and other collectibles. There will also be a game room featuring a host of opportunities for guests to try their skills against a computer or one another.

And special guests. Don’t forget the special guests. “We wanted the 10th year to be comic book guests, go back to our roots,” Akerley says. The guest of honor is Jim Steranko, famed as the co-creator of Nick Fury, Agent of S.H.I.E.L.D. He also wrote and drew Captain America, The Hulk, Superman, and The X-Men. Both a writer and an artist, he’s also been an escape artist, magician, musician, and filmmaker. “Jim Steranko is a legend, with Marvel, DC, and independents,” Akerley says.

Other guests include Brian O’Halloran, Billy West, Mike Grell, Gene Ha, Tony Isabella, Angel Medina, and Jill Thompson. Akerley says it’s important to have a female guest as women and girls become more visible in the industry, on both the production side as writers or artists and as consumers. “Jill is very influential and the biggest female guest we’ve had. The first few years (the convention) felt like it was a bunch of guys. We didn’t want it to be known as a male exclusive thing. Now it’s nearly 50/50. It’s grown and expanded—young, old, guys, girls, it doesn’t matter.”

For more information, including additional guest announcements, go to the website at CherryCapitalCon.com or visit the Facebook page at facebook.com/cherrycapitalcon.