A Former National Cherry Queen Gets Married in Northern Michigan 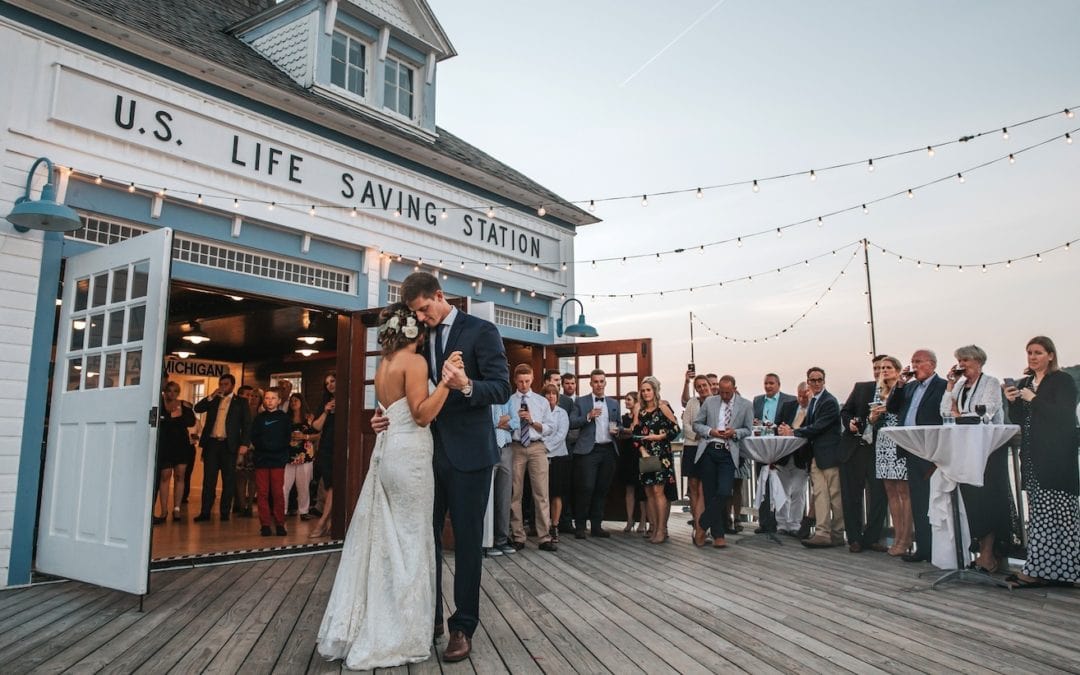 A former National Cherry Queen and her prince of a guy are wed in the land they love.

Want more ideas for a Northern Michigan wedding? You’ll want a copy of the 2018 issue of MyNorth Wedding! You can read the magazine online here. 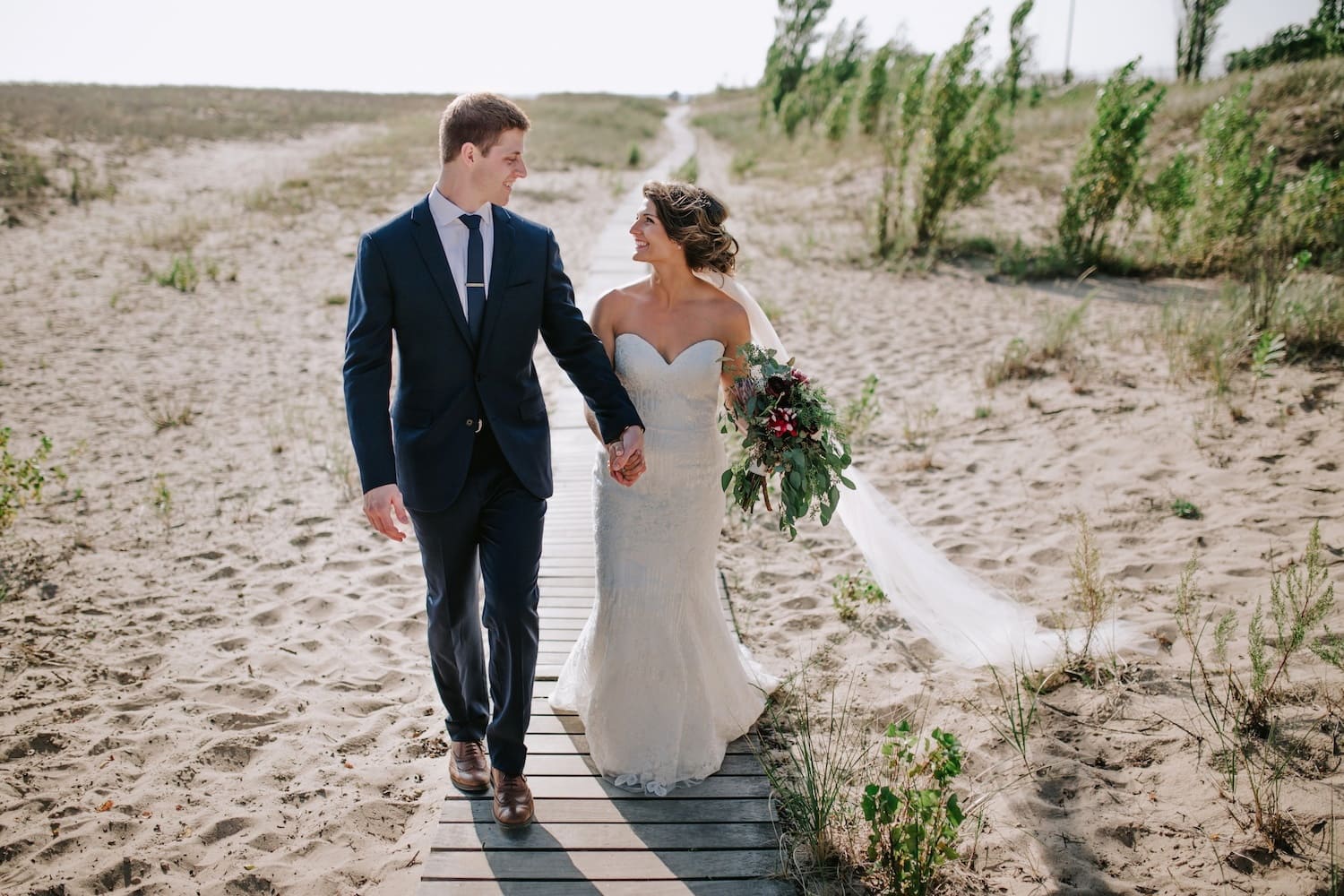 Chelsea and Layton were both born and raised in the Traverse City area—though since they attended different high schools and he is two years older, they never met. They both left for college, they both traveled, he lived in Washington, D.C., for a couple of years. They both knew the world has a lot of spectacular places but none quite like Northern Michigan. She came back first, in 2014, to run for the title of National Cherry Queen. She won and represented Northern Michigan’s storied cherry industry for a year. Layton got a job in oil exploration and moved back a year or so later.

Layton doesn’t gush about it or anything, but he does cut right to the point. Soon after moving back he walked into a party that a friend had invited him to and locked eyes with a young woman sitting across the room on a sofa. It was Chelsea and it was love at first sight—for both of them. It didn’t take long before they both knew they wanted a life together. And they wanted it in Northern Michigan. 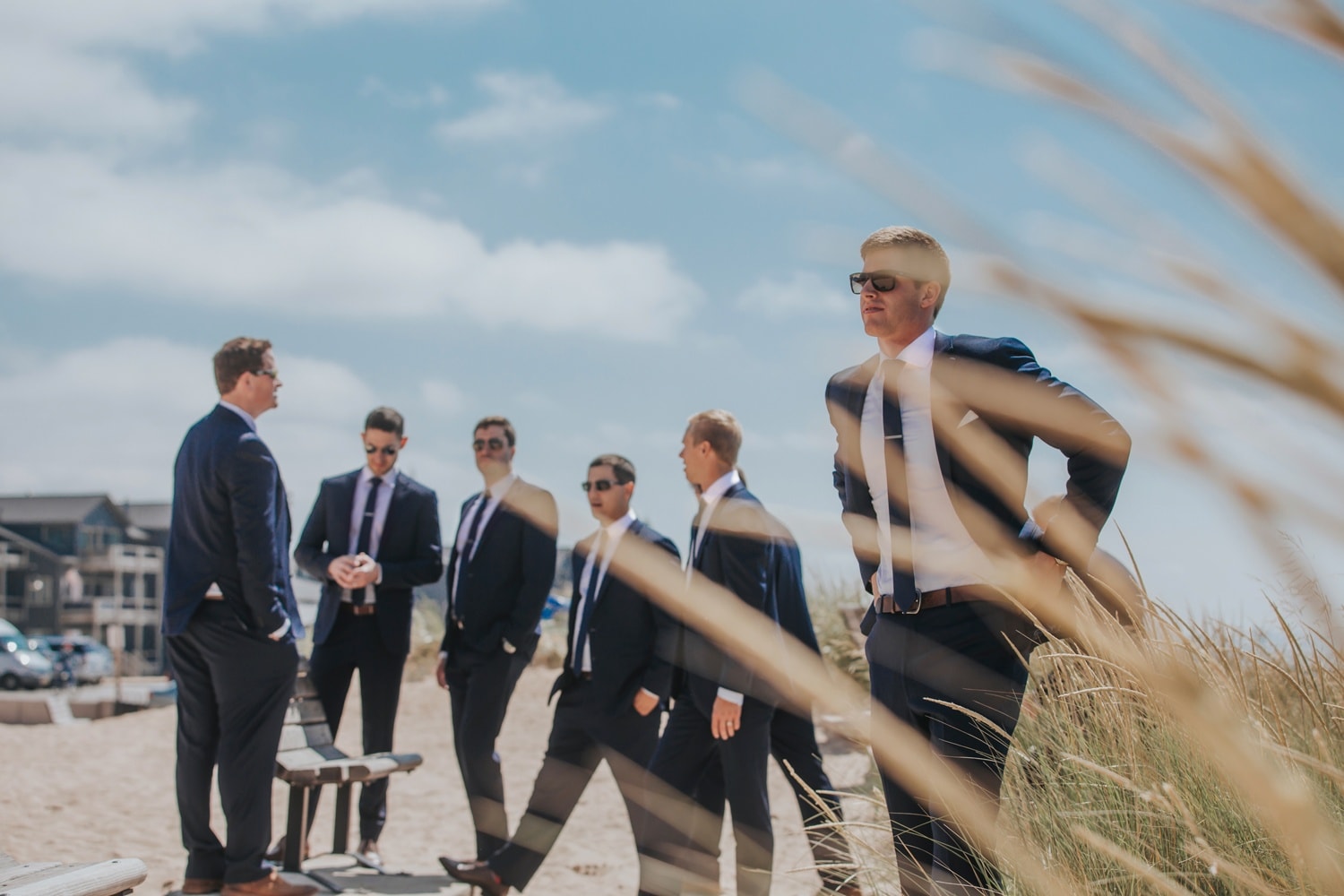 He popped the question at the bench at Clay Cliffs, a scenic conservancy tract near Leland that overlooks Lake Michigan where they’d gone on one of their first dates. Layton planned the proposal for a February day, set after Valentine’s Day and before Chelsea’s birthday on March 2—he didn’t want to confuse any holidays with this special day!

Not only did he want to surprise her, but he wanted her parents there ahead of time, hiding in the trees, so they could take pictures. Pulling it off, however, took some doing because, as Layton says, Chelsea doesn’t miss much. “She is very intuitive and she was also a psychology major. I had to have her parents under false names in my phone.” Whether she had an inkling or not didn’t matter. Chelsea was beyond thrilled. 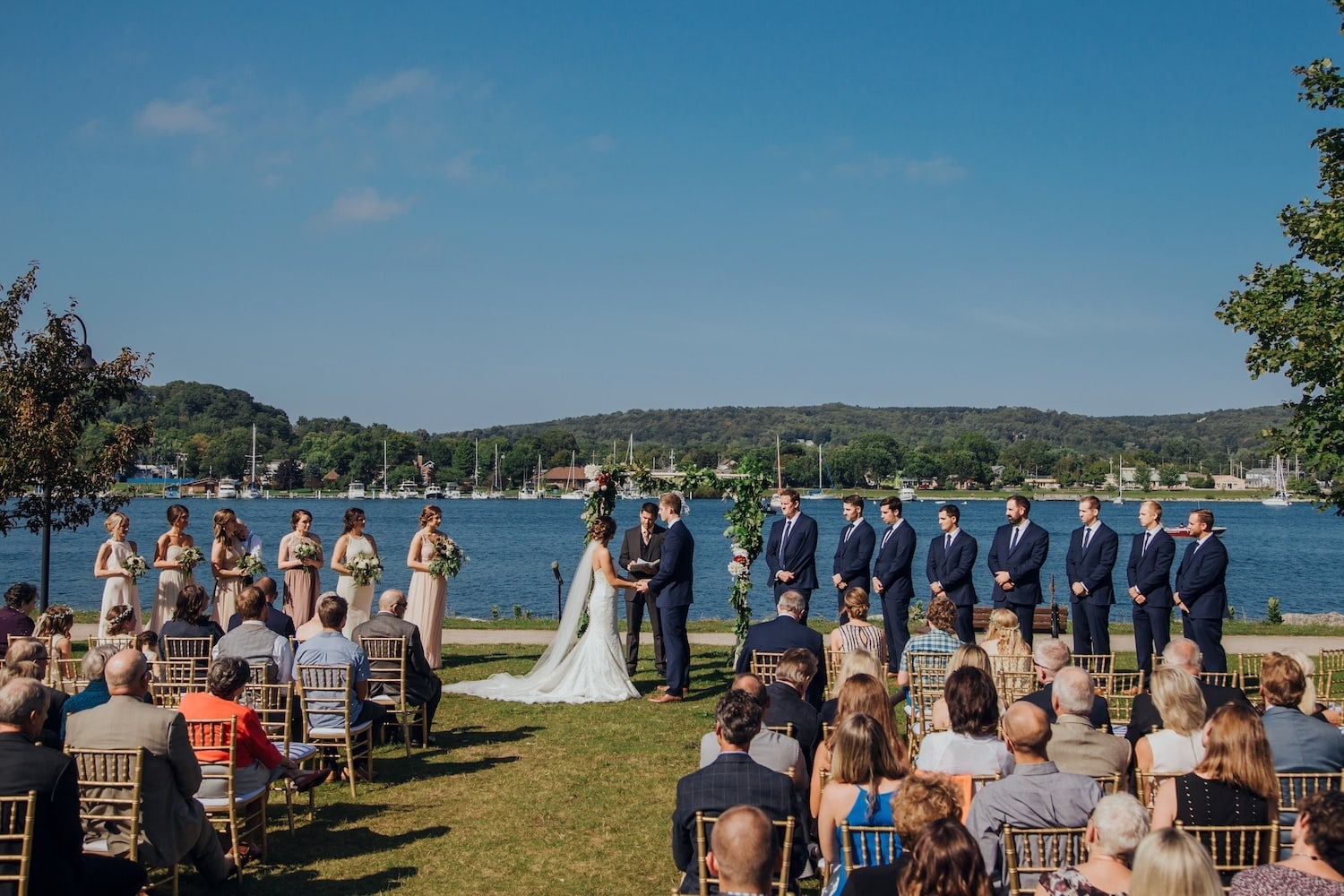 So the search for the perfect venue began. It didn’t take long to realize that if they were married on a Sunday they’d have more options, and the Sunday of Labor Day Weekend meant their out-of-town guests would have an extra day before they had to get back to work …

Then, almost by chance, Chelsea heard about the Elberta Life Saving Station in the teeny, tiny town of Elberta, just south of Frankfort. Were the grounds roomy enough for a 200+ ceremony and reception? Check. Was the venue by the water? It is on Betsie Lake, which flows into Lake Michigan just a beach-walk away. So, check. Was it available on Sunday, September 3, 2017? Check, again. Did it have that extra, romantic something? Yes, in spades. The renovated 19th-century building exudes vintage nautical style.

The adjacent town of Frankfort was ground central for the festivities. Many of the out-of-town guests stayed at the historic Hotel Frankfort or down the street at the Harbor Lights Resort—lodging that put them close to beaches, shops, hiking trails and the ever-beloved Stormcloud Brewing Company. 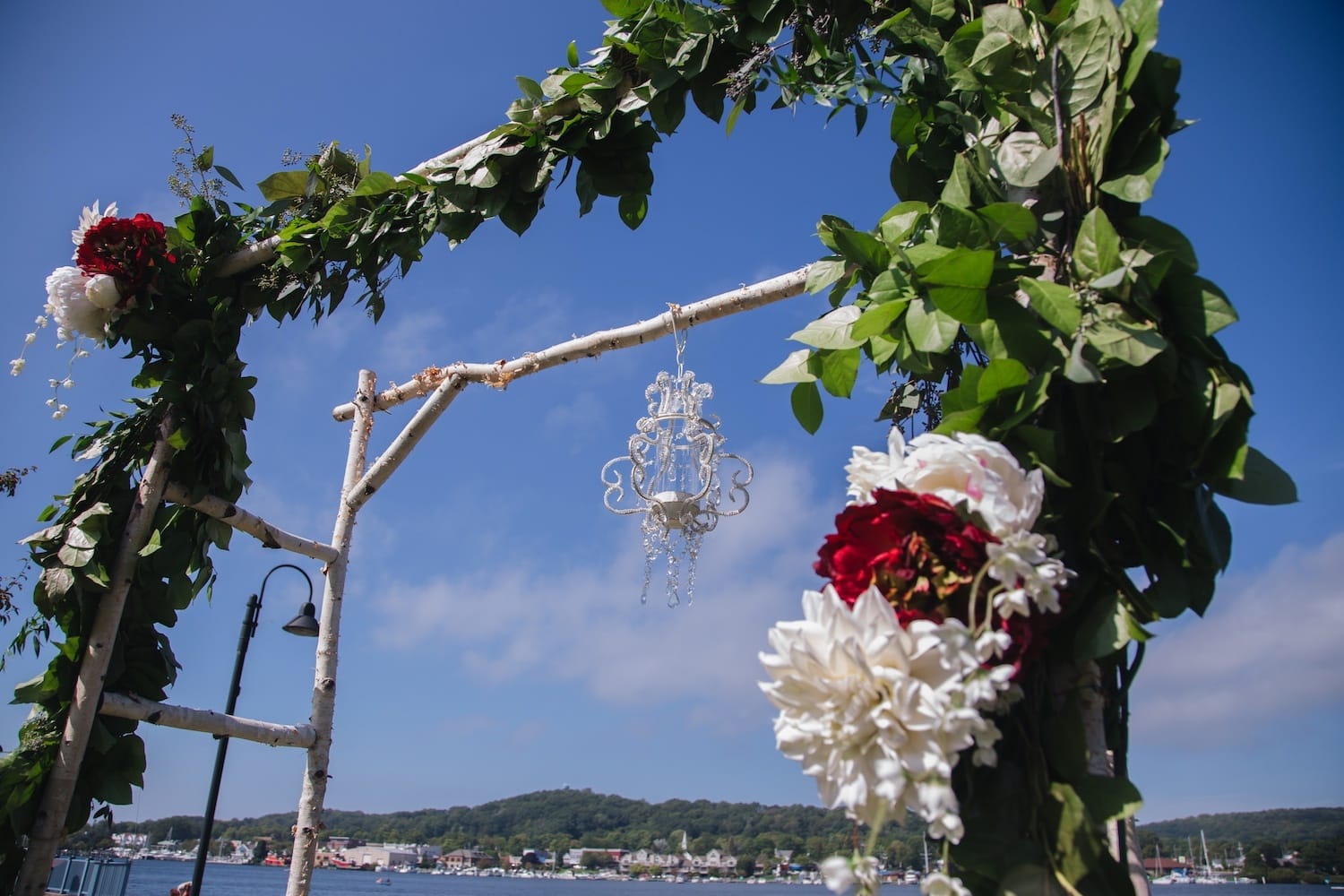 As their friends and family looked on, Chelsea and Layton were married on the Life Saving Station’s lawn, just steps away from the deep-blue waters of Betsie Lake. After, the couple and their bridal party took photos on the station grounds and also on the Lake Michigan beach just a minute’s drive away. Meanwhile, their guests were at the bar set up in the Life Saving Station, enjoying cocktails on the deck, with its gorgeous view of Betsie Lake and Frankfort across the water. As the couple’s family and friends chatted and sipped, a string trio played soft jazz.

At the reception, just steps away in a huge tent, everyone enjoyed a delicious plated dinner that included some very memorable gouda-mashed-potatoes and was followed by dancing that lasted until nearly midnight. From the guests who live in Northern Michigan to those who were visiting for the first time, everyone had fallen under the spell of the star-filled Northern Michigan sky that spread over this enchanted affair. 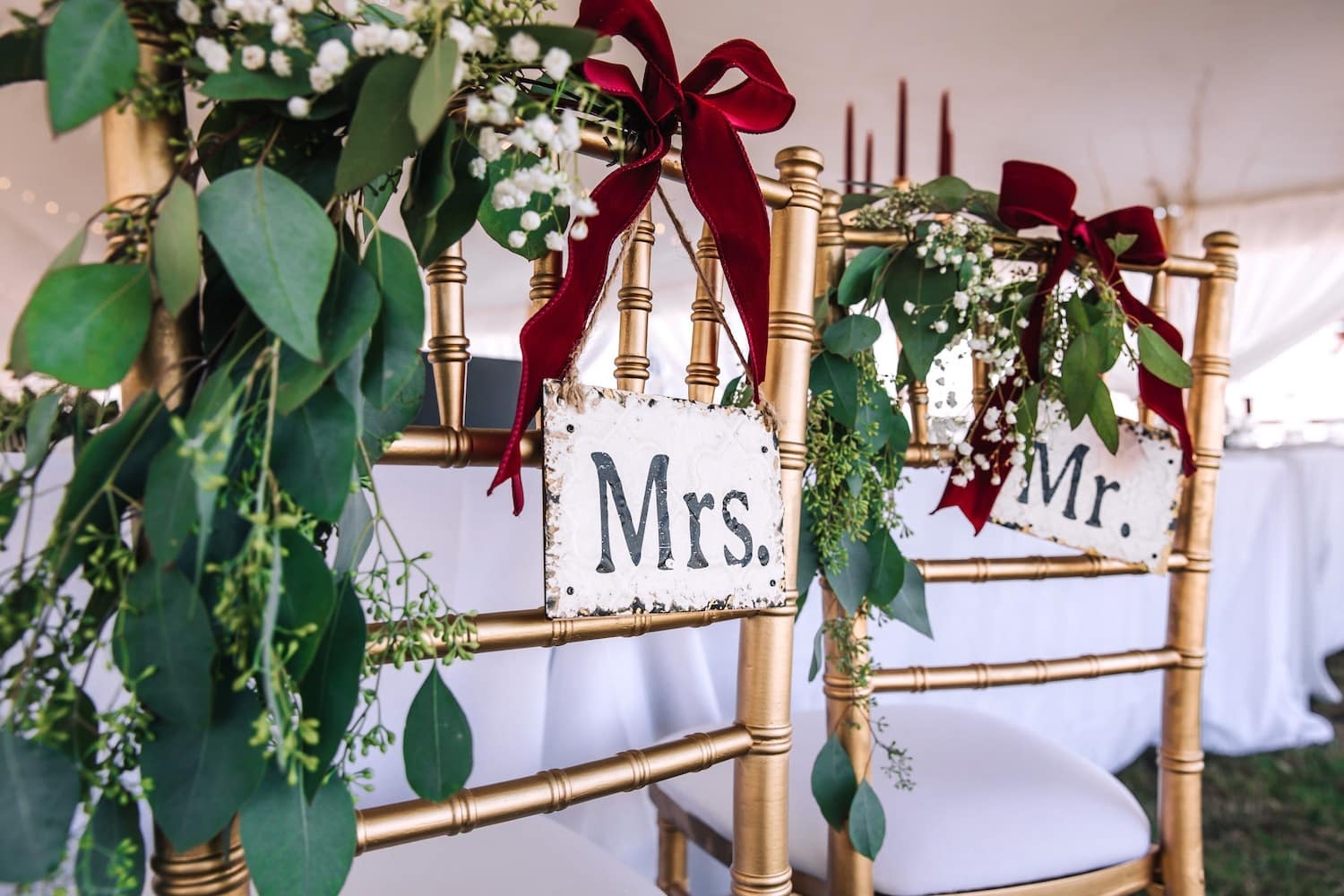 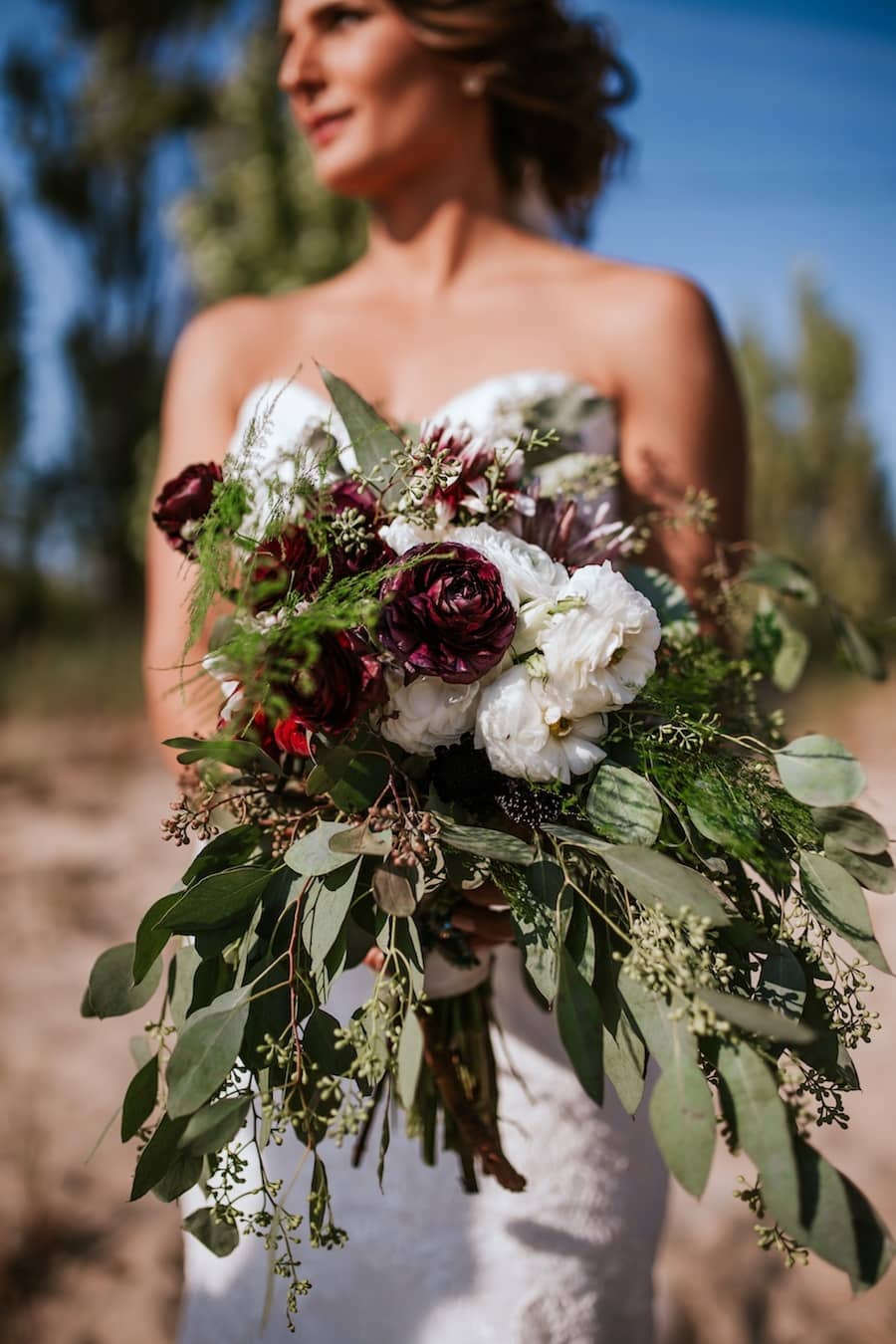 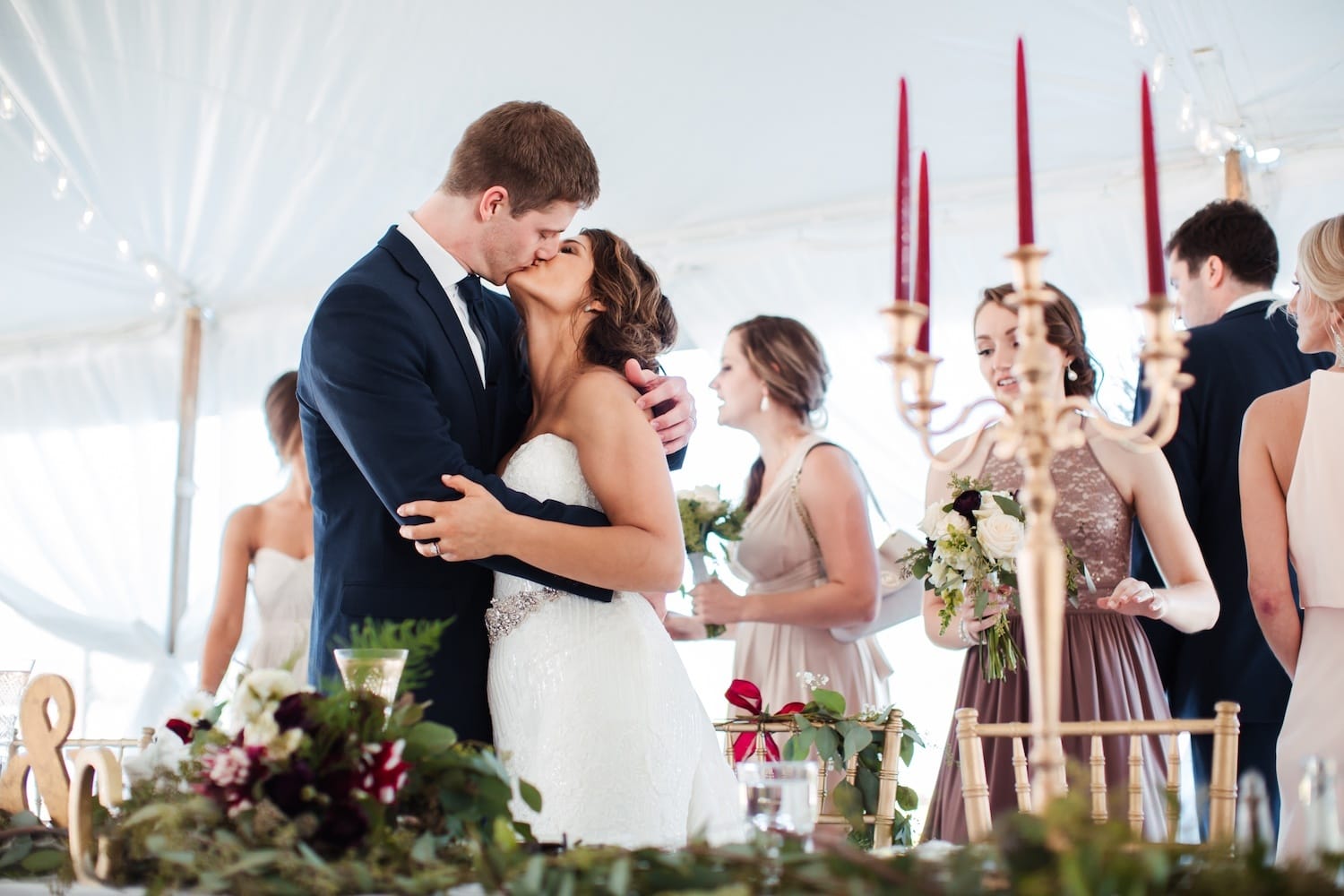 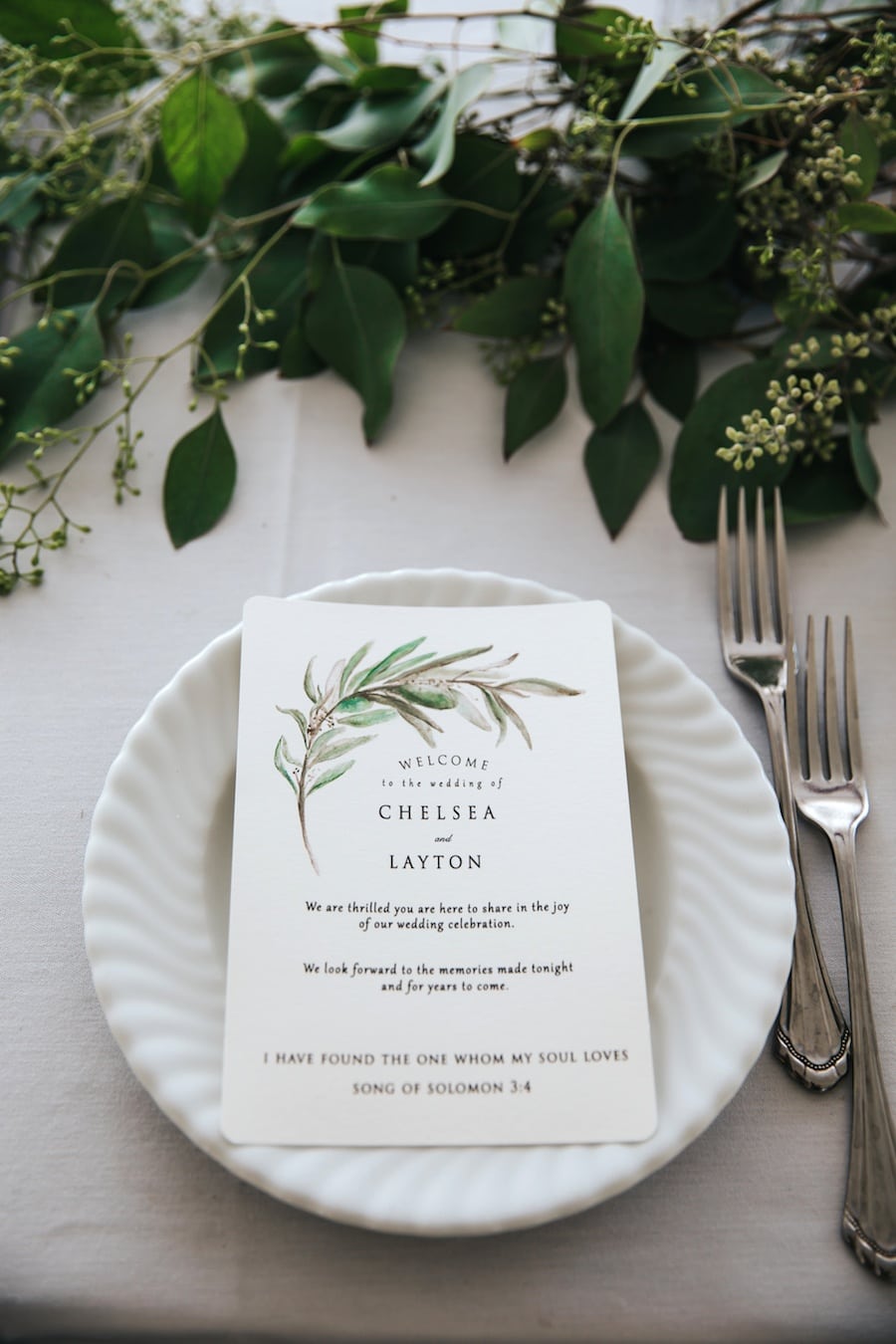 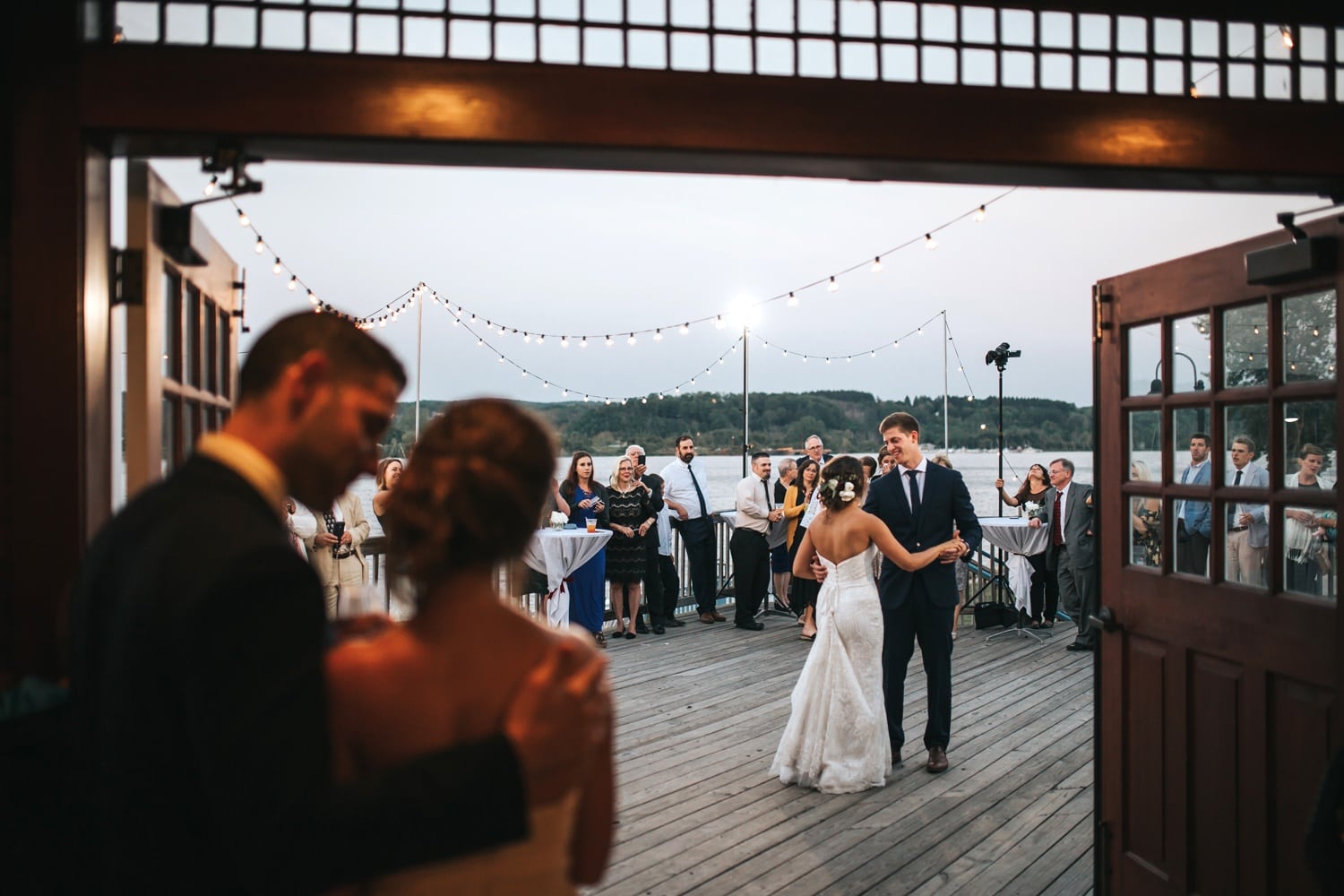 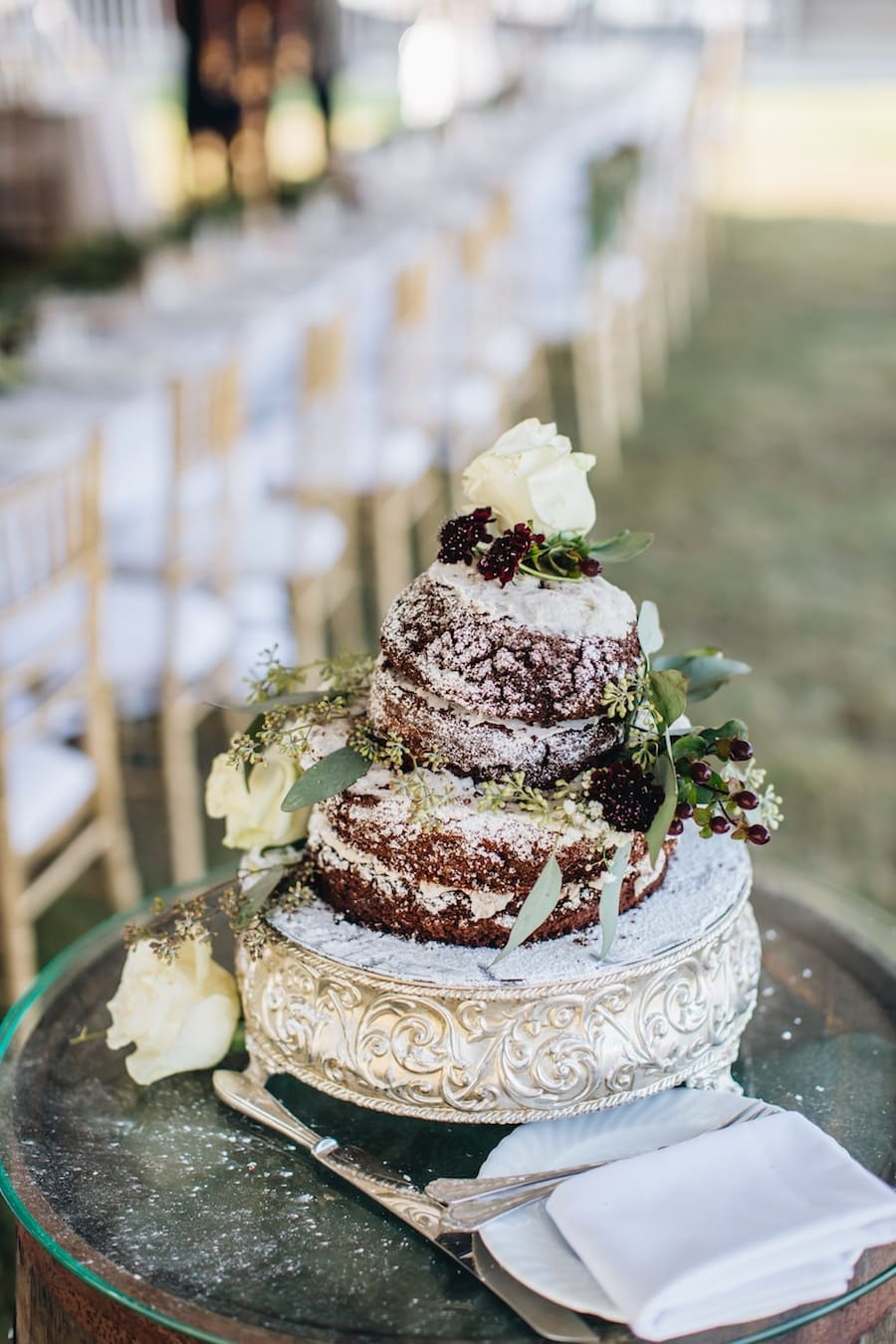 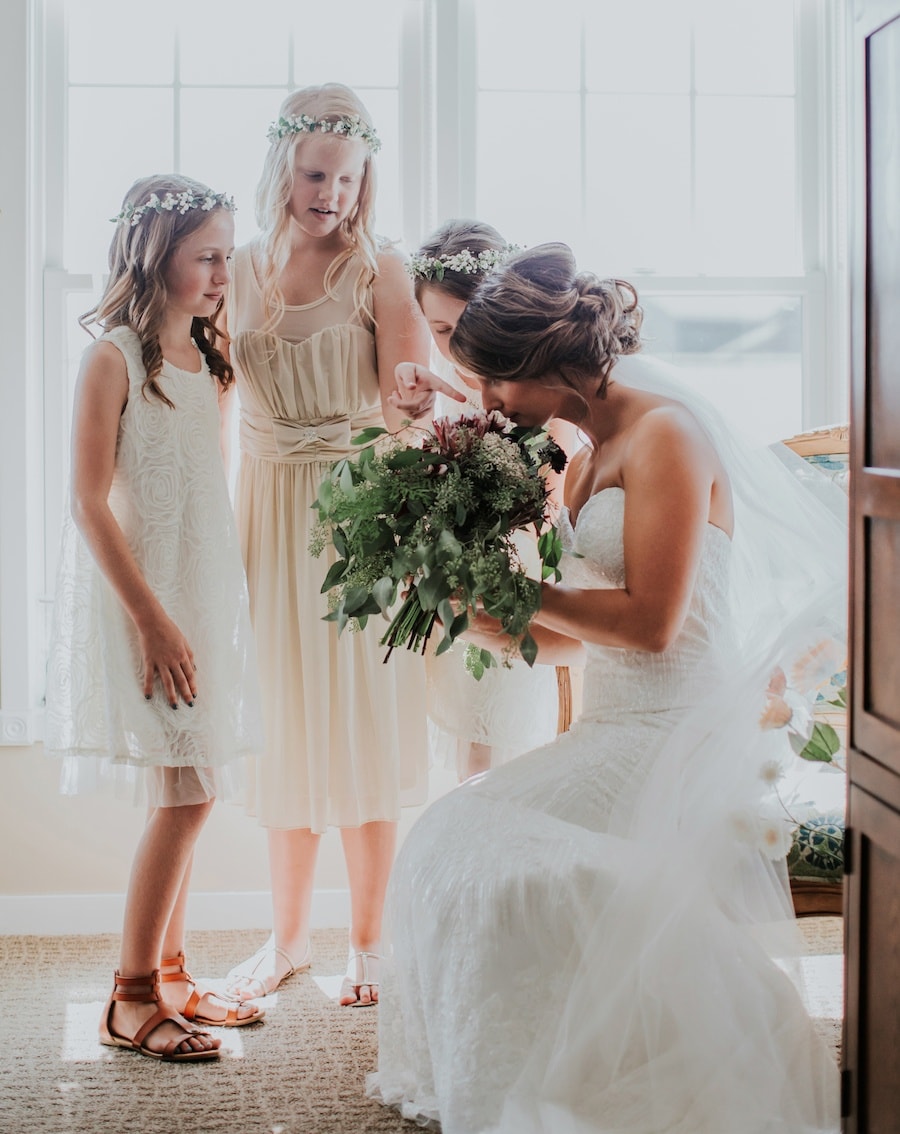 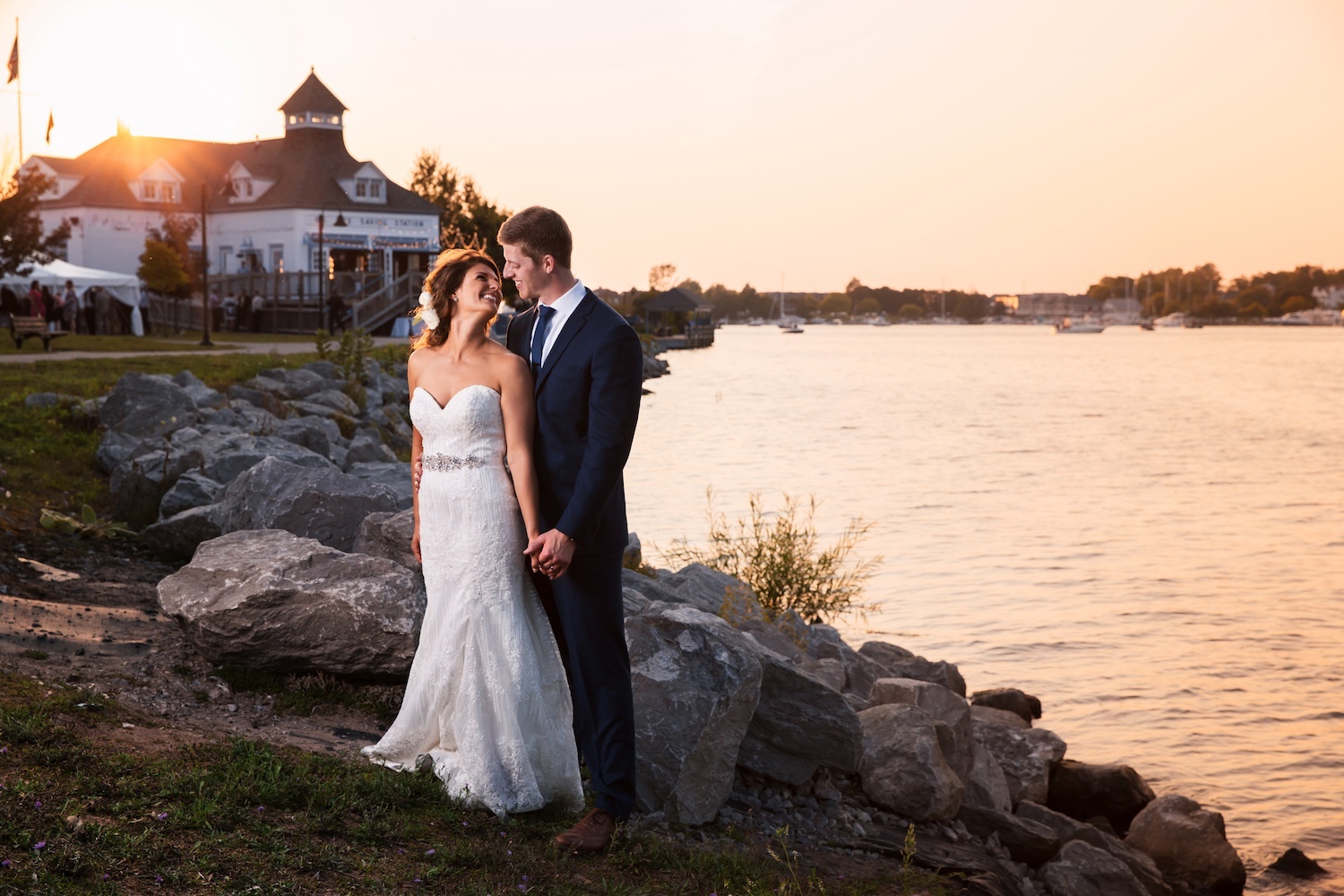