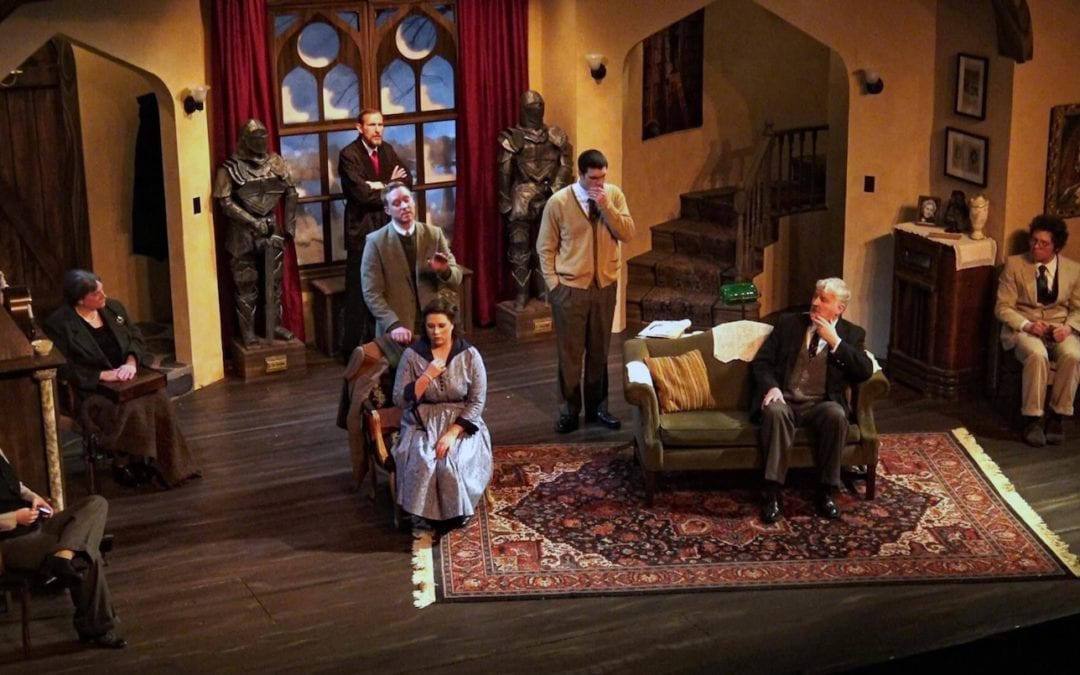 While there are several entertainment options and venues around the Traverse City area, perhaps none have the history and relationship with the community as does Old Town Playhouse. It dates back to 1960 when several community volunteers banded together to form an amateur theatre group.

Today, nearly 20,000 people attend and/or participate in its productions each year. “It’s a true community organization,” says Phil Murphy. Murphy should know—he’s been involved in some way since 1976. That includes working as a volunteer, as an actor, behind the scenes as a director, and in his current role as the executive director.

Of course, it’s possible that Murphy is biased in favor of theater. After all, this is a man who ran the theater departments at the University of Michigan and Northwestern Michigan College as well as professional theater groups. “My raison d’etre is theater,” he admits.

But that doesn’t mean he’s wrong. If the numbers aren’t enough, Murphy points to the organization’s mission. “We changed the structure to become a more community-based board, not just volunteer-based,” he says. 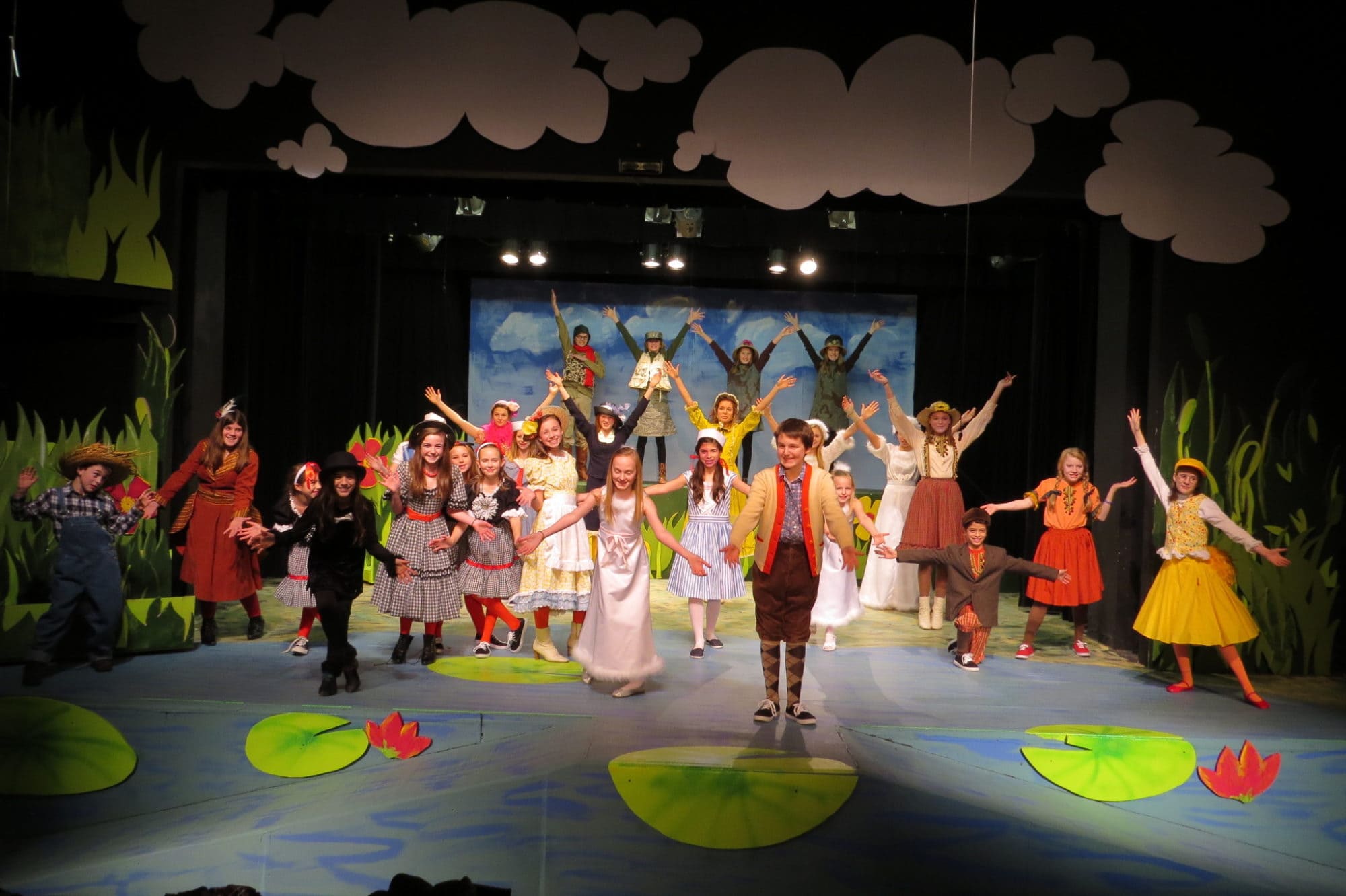 A performance of Honk! by the Young Company. Photo by Wayne Erreca.

Former Old Town Playhouse Board President Larry Avery agrees. He cites the Young Company’s work in reaching out to area youth who then get the theater bug and the Aged to Perfection Readers Theatre for people ages 55 and older. “It’s become cradle to grave for our arts community,” Avery says.

And don’t forget the playhouse’s economic impact. Its performances bring people into town and to area shops, restaurants, and bars. That’s how Avery first became familiar with Old Town Playhouse, as both those from the playhouse and audience members would frequent Dill’s, the legendary restaurant and bar he was a partner in. “Audiences would eat before shows and drink afterward. That’s how I got into it—I did a Black and White Gala (the playhouse’s annual fundraiser) and somehow got on the board and became president.”

Why has it thrived and why does it continue to grow? Kristina Nichols, the current president of the board, says it is all about those who love theater and the organization’s welcoming spirit. “It’s not exclusive. We are constantly getting new people involved. At our volunteer fair, we had so many people walk through the door who wanted to be part of something. For Old Town Playhouse, it’s about community and involvement.”

Jeff Kroeger is more succinct. “Theater is infectious,” he says.

Kroeger’s first experience was playing as a last-minute sub for one of the musicals. “I was just sitting at home minding my own business when I got a call,” he says. One of the trumpet players couldn’t make the closing performances of Applause, and could he fill in? “I said okay.”

The music was challenging, and he spent the first two nights making sure he didn’t miss any cues. By the third night, he was comfortable enough to look around. “This is kind of cool,” he remembers thinking.

He was hooked. He continued to play and work behind the scenes. In fact, he soon lent his expertise to building the scenes. “I was a home builder and retired. Friends found out I could build and I got conscripted into building sets.”

Kroeger has even performed onstage. “I had a good time in the chorus for a couple musicals.” A performance of Midsummer Night’s Dream. Photo by Tommy Valdez.

That’s the kind of thing that’s music to the ears of Nichols, who also has a history at the playhouse. Not only did she meet her husband Brett there, they were married on the main stage. Now their children are finding their way to the stage as well. “Our kids think the stage is an extended living room. Our daughter is … a fairy in Midsummer Night’s Dream.”

Nichols, who also serves as a vice president at Interlochen Center for the Arts, says not only does her arts background tie into Old Town Playhouse, it’s a way for Interlochen to invest itself in the surrounding area. “I think it’s great to be part of a local arts organization. Interlochen wants to tie in with the local community,” she says.

Old Town Playhouse’s outreach programs include the Studio Theatre at the Depot, which Avery equates to missionary work. “It’s black box theater. People work on acting, directing, and production chops. A lot of people start there and end up on the main stage,” he says. 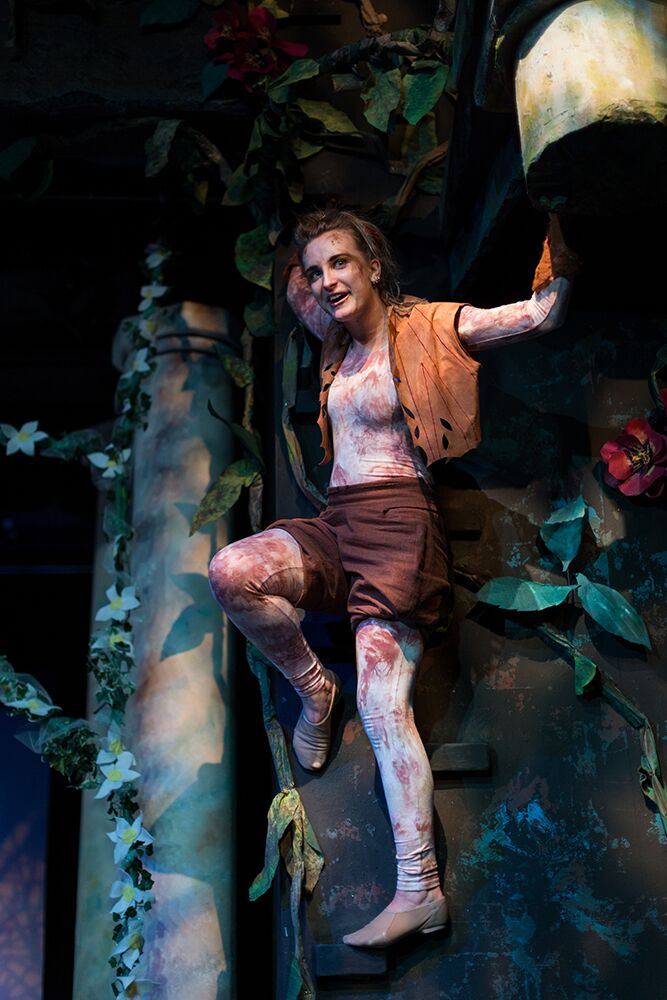 A performance of Midsummer Night’s Dream. Photo by Tommy Valdez.

Another is its special sensory-friendly performance of Midsummer Night’s Dream last weekend, where sound and light levels were adjusted for those on the autism spectrum and others with sensory sensitivities. The show also offered an environment where audience members were able to move around or express themselves as necessary.

Murphy touts the Young Company, which brings young people into the theatre, many for the first time. He helped found it as the Children’s Theatre in 1990. When he took over as executive director, he changed its name to the Young Company and hired Mychelle Hopkins, then working at the Kalamazoo Civic Theatre. (Fun side note, they starred together in the back in the ’70s as the leads in My Fair Lady.)

Old Town Playhouse has also undergone extensive renovations, especially in the last couple of years, including new seats, better technology, and the construction of an orchestra loft above the audience. Nichols and Murphy both say the future is bright. “We want to build an endowment so we can expand, have a larger shop, classrooms, rehearsal space,” Murphy says. He notes space is limited by the fact that as soon as one performance is over, set-building begins for the next, all on the main stage. “Some (theater groups) of the same size do 18 shows. We do nine. They don’t build their sets on the stage or rehearse on the stage. As soon as the set comes down for Midsummer Night’s Dream, another will come in.”

“It’s time to focus on what’s next, a strategic plan for the next five to ten years. The ultimate goal is to remain viable and strong,” Nichols says.