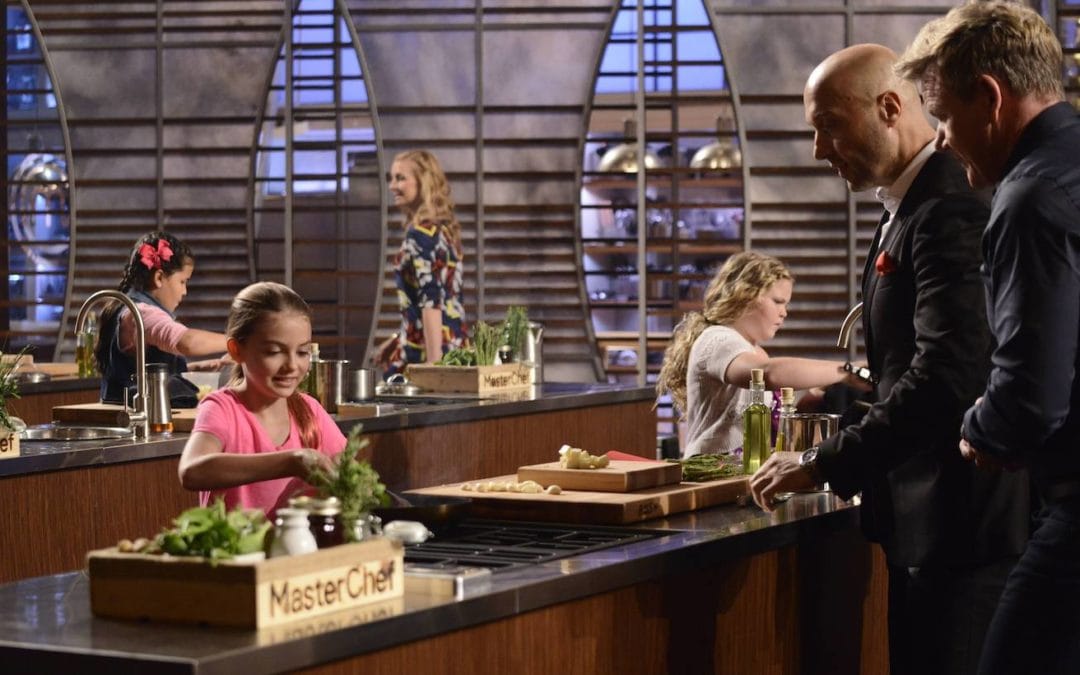 And as of Friday, we can add Top 24 contestant on Season Six of MASTERCHEF JUNIOR!

At only 12 years of age, Elk Rapids’ Lindsay Hayes already has an impressive résumé on national TV. We first watched her culinary skills when she competed in Season Two of CHOPPED JUNIOR. Now we get the opportunity to see her competitive culinary side again.

See Lindsay in action! We filmed this video before her appearance on CHOPPED JUNIOR.

In the season opener, Lindsay replicated a Gordon Ramsay filet mignon—paired with a Northern Michigan favorite, asparagus, of course—and showed off her signature dish: rosemary lamb chops with tzatziki sauce and goat and feta cheese stuffed eggplant. Christina Tosi called the lamb “beautiful” and the tzatziki a “really nice pairing,” proving why Lindsay made it so far in the competition thus far.

Making a pretty typical 12-year-old comment about her eggplant side dish, Lindsay says, “I’m not fond of how it is, but everyone else seems to like it.”

“Joe is terrifying. Gordon: scary. And Christina: you can’t be scared of her.”
–Lindsay 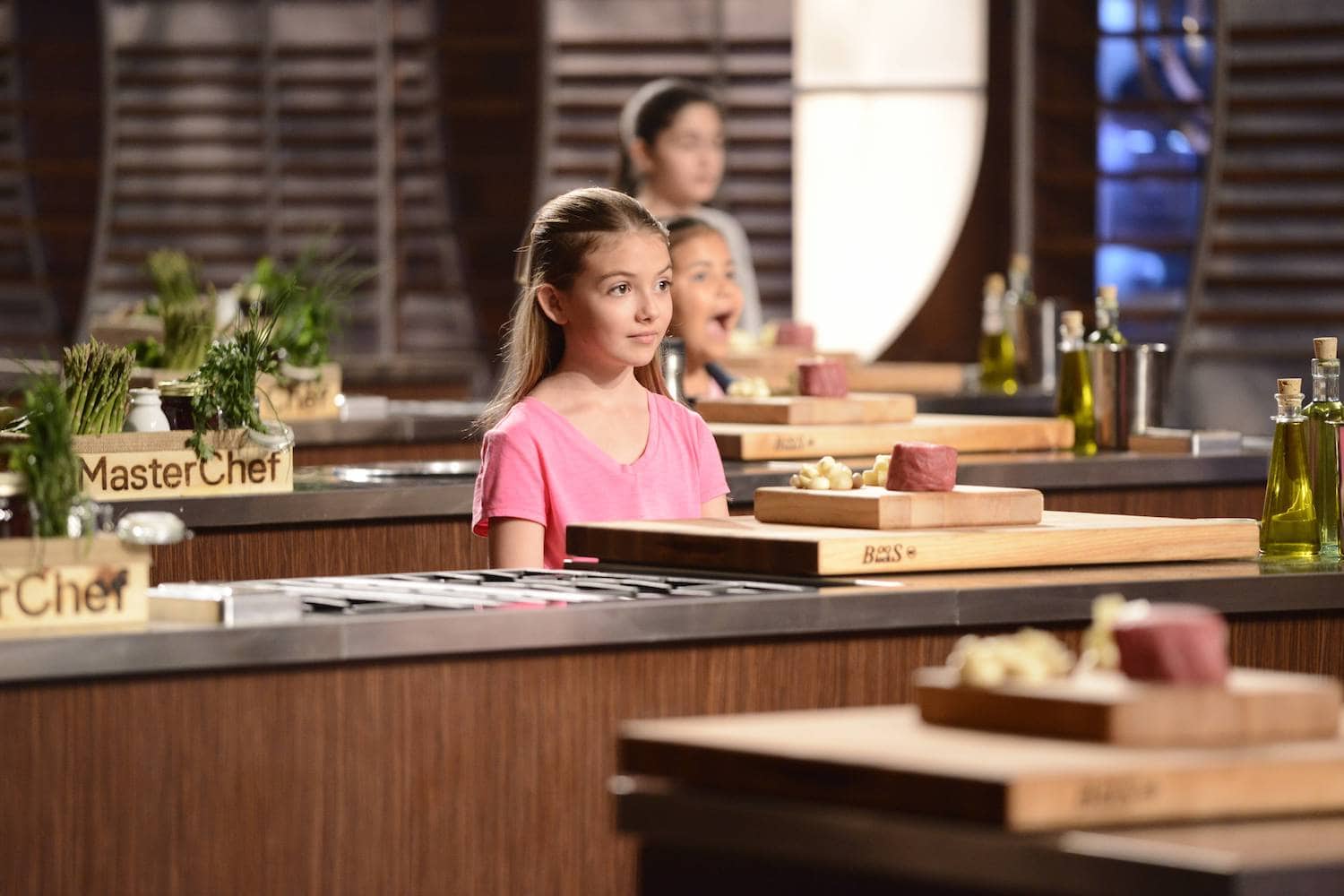 Lindsay used her lamb chop and eggplant signature dish in the MASTERCHEF JUNIOR auditions, says her mom, Becky Hayes, sharing that the four-month audition process was a lengthy one.

The audition process began during the week her episode of CHOPPED JUNIOR premiered back in summer 2016. Lindsay was surrounded by 300 to 500 other kids during open casting in Chicago, says her dad, Dave Hayes. After an egg-cooking test and on-camera interview, Lindsay received a phone call saying she made it to the next round only a half-hour later. After a longer stay in Chicago to cook in front of crew and producers, followed by lots of Skype interviews and even more trips to Chicago … then, more home videos, background checks, and, of course, signing paperwork, Lindsay and her family finally took the trip to California.

However, this wasn’t her first time auditioning for MASTERCHEF JUNIOR. In Season Four, Lindsay was their official alternate, in case any contestant got sick or wasn’t able to compete. She was “contestant number 25 of 24.” And although she didn’t compete on-camera, she had the luxury of training alongside contestants in California for more than a week. Needless to say, that exposure was key, and they were “really glad she came back” to audition again, adds Dave. 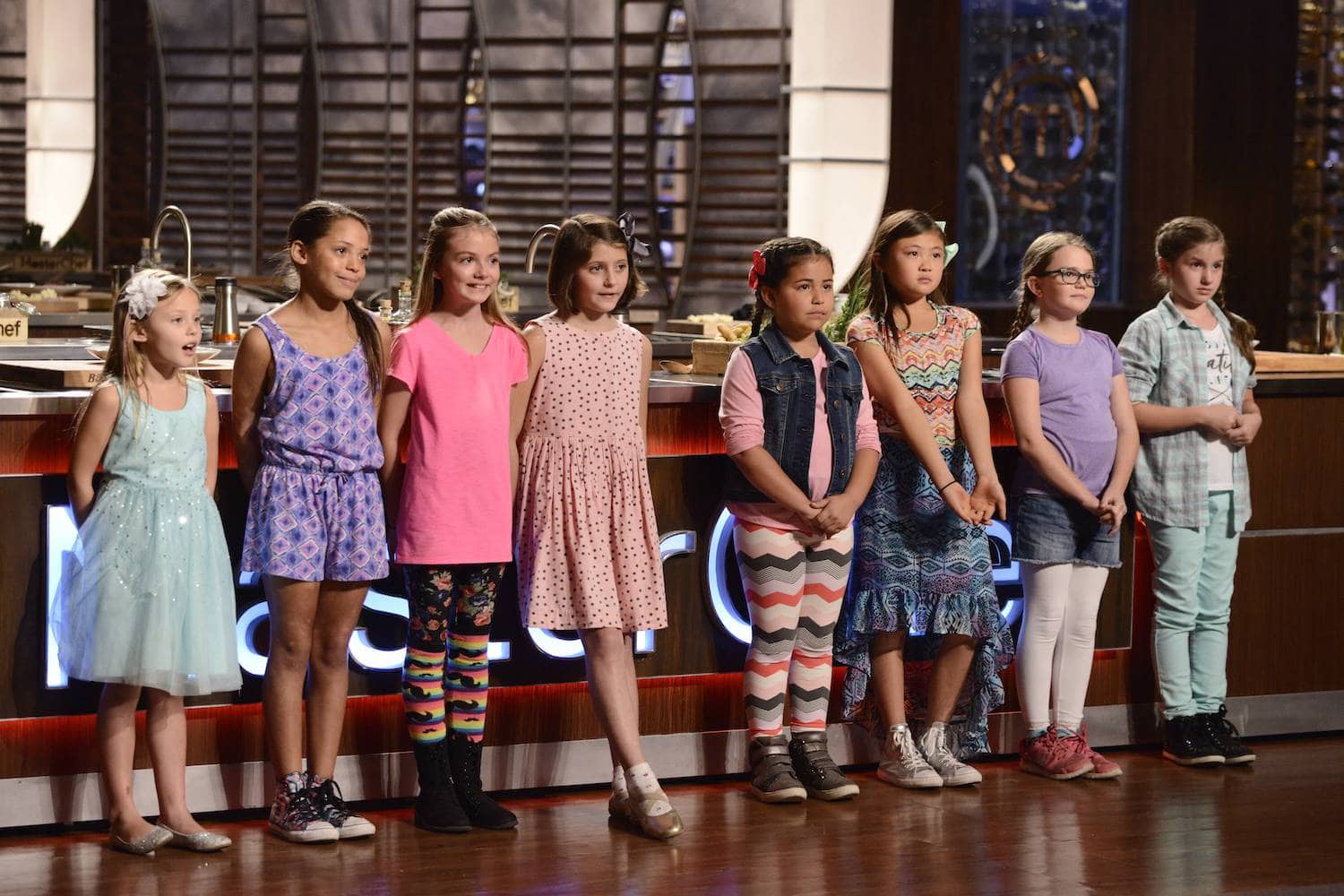 Before Lindsay’s national television debuts on CHOPPED JUNIOR and MASTERCHEF JUNIOR, she had some preparation to do. “I love my parents but they only know so much about cooking,” Lindsay jokes. From Petoskey to Traverse City, a half-dozen regional restaurants lent a helping hand. They shared recipes. Gave tours of their kitchens. And gave cooking lessons. The most influential visits for Lindsay included sushi lessons from Red Ginger and working with chefs at Grand Traverse Resort & Spa.

Grand Traverse Resort staff taught the Cherryland Middle School student “how to make sushi, gnocchi, homemade pasta, and chocolate rouge,” she says. Plus the staff at Aerie started their shifts early to help her learn, which was instrumental. 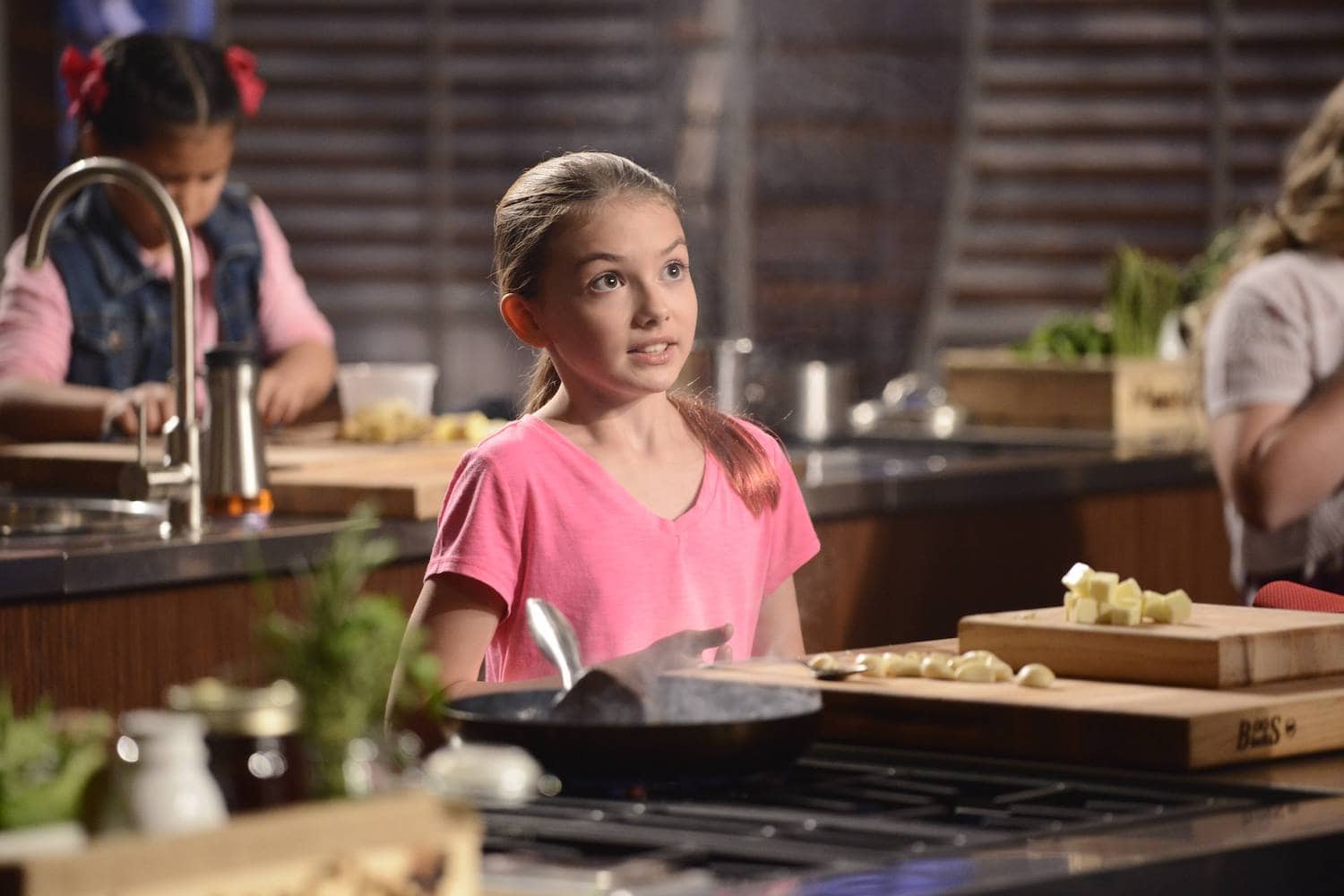 Fast forward to fall 2016, and the recording of the 2018 MASTERCHEF JUNIOR season began. Forty kids were invited to California, and now we know only 24 remain after the two-hour premiere, including Lindsay.

What can we expect in the rest of the season? Lots of exciting challenges. A mystery box challenge, preparing a wedding reception meal, and a pop-up restaurant challenge are just a few of the exciting things to come.

But where is the MASTERCHEF white apron now that Lindsay’s back home in Elk Rapids? The aspiring neurosurgeon says, “It’s in my closet. I barely touch it!”