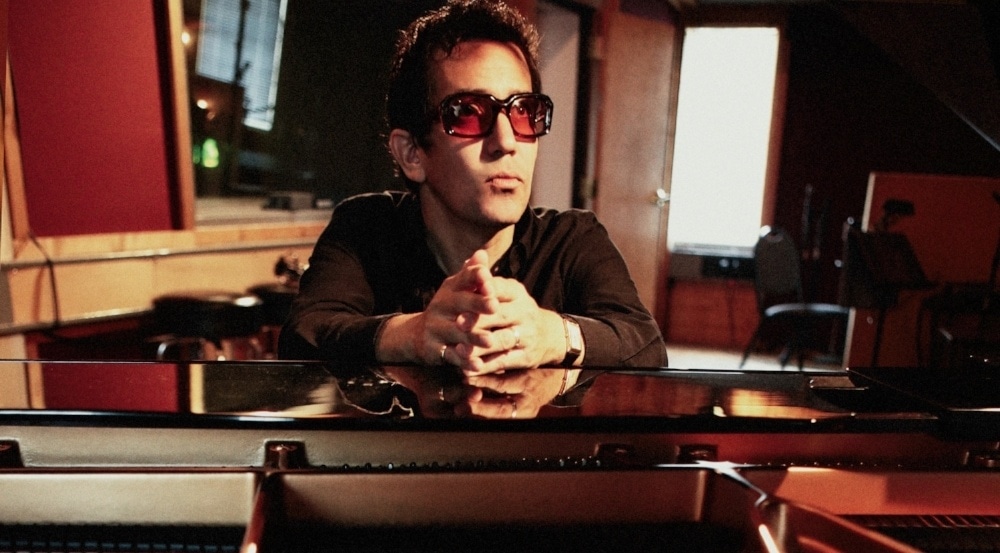 Acclaimed singer/songwriter A.J. Croce will perform his own songs and those of his legendary father, Jim Croce, at the Kirtland Center for the Performing Arts in Roscommon. Get your tickets at MyNorthTickets.com.

For more than 20 years, creative pop iconoclast A.J. Croce has tapped a variety of American sounds in crafting his music. Croce’s nine albums have appeared on Top 40 and other charts, and when his breakout CD That’s Me in the Bar was reissued, it charted in two decades.

Always interested in exploring new musical territory, the Nashville-based singer/songwriter has created a very special concert experience that celebrates both his own music and that of his father, the late troubadour Jim Croce. A few years ago, A.J. was digitalizing some of his father’s old tapes and came across a cassette filled with covers of old blues and folk tunes by the likes of Fats Waller, Bessie Smith, and Pink Anderson. It was a revelation to him. “He was playing stuff I played myself,” A.J. revealed, adding that “stuff made sense” discovering that his father and he had “all the music common.”

As he started to learn his father’s tunes, A.J. had to do it “the old fashion way, by listening to the recordings” because there were no chord books of Jim Croce music. A.J., who was developing his own guitar playing prowess, was particularly impressed with the complexities of his father’s compositions, especially in the interplay between Croce and his longtime collaborator, lead guitarist Maury Muehleisen, who died with Croce in that fatal plane crash in 1973.

During the “Two Generations” concert at the Kirtland Center, A.J. also describes where his and his father’s songs came from. Not a tribute show, the evening will be an entertaining look at how the two men’s songs relate to each other and to the American music that inspired them. Tickets to the show are available at MyNorthTickets.com.

Jim Croce found long-overdue success in 1972 following years of struggling to make a name in the music business. That year he released two albums, You Don’t Mess Around With Jim and Life and Times, that spawned the hit singles “You Don’t Mess Around With Jim,” “Operator (That’s Not the Way It Feels),” “Time in a Bottle” and “Bad, Bad Leroy Brown”. His final, I’ve Got a Name, was released in December of 1973, three months after his death and reached #2 in the album charts. A.J. pointed out that these three classic albums amazingly were recorded in just a one-and-a-half-year time period. Jim Croce, who was just 30 when he died, has had his folk-rock music remain popular over the years. His record sales have surpassed the 45 million mark, and his songs have appeared on over 375 compilations.

A.J. is collaborating with the legendary producer/songsmith Dan Penn on his next album, which he describes as a “soul-inspired” record. A.J. is on the release, which will feature contributions from the great Muscle Shoals bassist David Hood, blues guitar master Colin Linden, and the renowned gospel singers the McCrary Sisters. This project marks the follow up to A.J.’s last album, the critically acclaimed Twelve Tales, which was released on Nashville-based Compass Records.