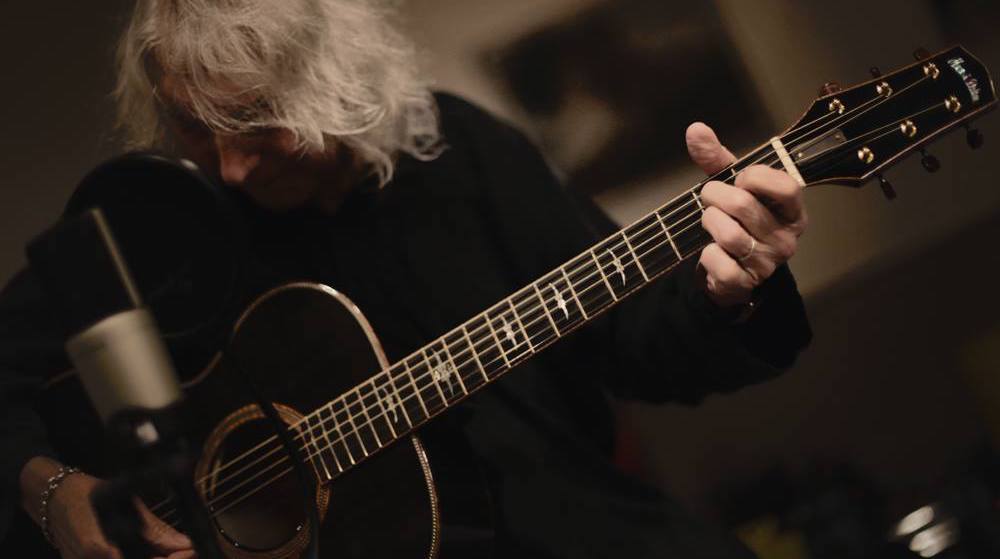 Acclaimed British guitarist Albert Lee is heading to Northern Michigan with a performance scheduled for February 10 at Freshwater Gallery in Boyne City. Famed for a five-year stint with Eric Clapton’s band and a lengthy tenure with Emmylou Harris’s Hot Band, Lee is renowned for his dazzling licks, typically in a country vein. Lee was named Guitar Player Magazine’s country guitar player of the year for five years in a row.

“It’s kind of a fluke. He was playing downstate Thursday and Sunday and we got a call asking if we’d want to have him here,” says Freshwater’s Tony Williams, who owns the gallery and concert venue with his wife, Robin Lee Berry.

Lee is bringing a full band with him, including bass, drums and keyboards. “He’s a pretty big name,” continues Williams. “He’s got a great band. His keyboard player, J.T. Thomas, has played with Bruce Hornsby for 23 years. We’re excited about having him.”

With good reason. Lee is one of those rare players who is a virtuoso but never overwhelms the song. That’s a lesson he no doubt learned while performing with the Everly Brothers. From there it was off to the Hot Band and Clapton. Harris called Lee “a brilliant guitar player,” saying, “His sound is unmistakable—often emulated, never equaled. When Saint Peter asks me to chronicle my time down here on earth, I’ll be able to say (with pride if that’s allowed) that for a while I played rhythm guitar in a band with Albert Lee.”

His sound is unmistakably twangy, but even those who might turn up their nose at country music enthuse over him. His speed and virtuosity are hallmarks of his playing, but he’s also lauded for his melodic prowess. Lee won a Grammy Award for Best Country Instrumental Performance for “Foggy Mountain Breakdown” from the CD Earl Scruggs & Friends in 2002. He’s played alongside rock and country virtuoso Steve Morse (the Dregs, Deep Purple) and frequently performs with ex-Stone Bill Wyman’s Rhythm Kings. Legendary British rootsy rocker Dave Edmunds has said, “If I could be born again as anyone other than myself, it would be as Albert Lee.”

So yes, Albert Lee performing at Freshwater Gallery is a pretty big deal. Williams says tickets are selling quickly and he anticipates a sellout.

He also says the fame of the venue is spreading among booking agents. “It’s a beautiful little room, a nice setting,” Williams says. “We treat the artists well, our audiences listen and buy CDs. A month and a half later (after a show), the artist’s agent calls and wants to book another show.

“We’re starting to get inquiries from all over. Herbie Hancock’s agent called us—I had to ask him if he knew who we were. They wanted to know if we had a full-size grand piano onstage.” After informing the agent about the size of the venue, with a stage that’s only slightly larger than a grand, they agreed that it wouldn’t suit the jazz legend or his audience. But it’s emblematic of the respect and reputation Freshwater is gaining among music’s movers and shakers.

The show also comes in the midst of Chocolate Covered Boyne. The two-day celebration of all things chocolate takes place the weekend closest to Valentine’s Day. It features activities at the library, a Chocolate Dessert Contest and tasty specials, treats and sales offered by various downtown businesses.