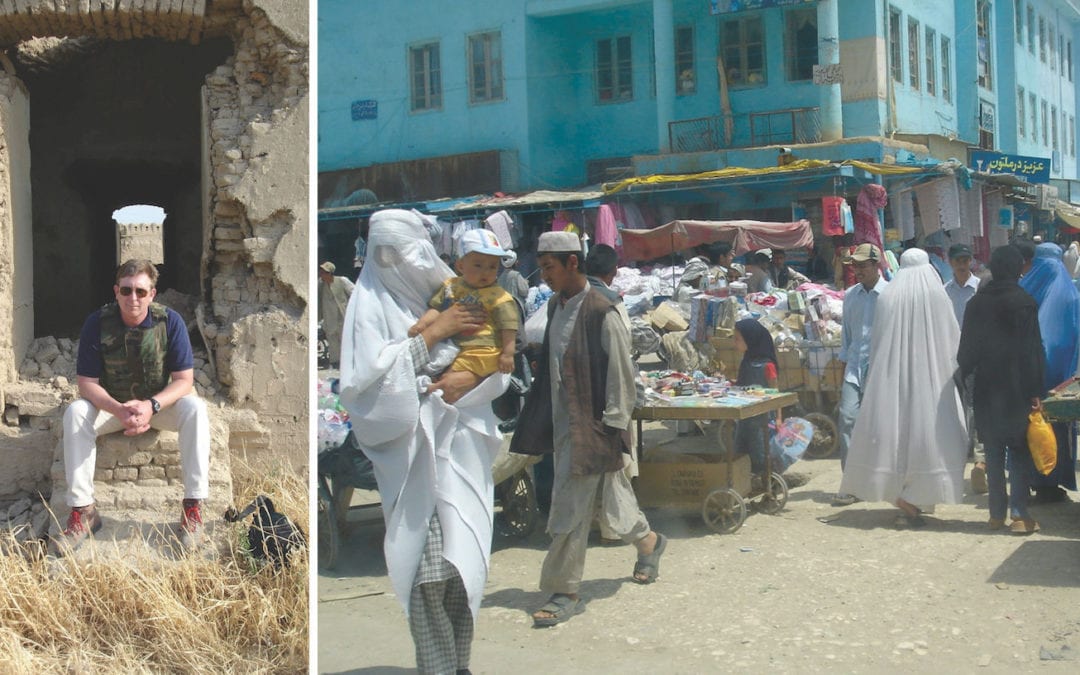 Doug Stanton can tell a hell of a war story. His 2001 World War II survivor drama, In Harm’s Way, was a New York Times bestseller; as was 2009’s Horse Soldiers—a rendering of the true story of a 12-man U.S. Special Forces unit that helped rally Afghan fighters to topple the Taliban in 2001. The latter title was recently reborn as 12 Strong—a real-deal Hollywood movie produced by Jerry Bruckheimer that Stanton calls “a Western with lasers.” But he insists the film, which debuts January 19 nationwide (the film will premiere January 18 at the State Theatre in Traverse City—tickets sold out), still preserves much of the humanity of the original story.

Check out this free author talk with Doug on January 18 at Horizon Books.

So this is the first of your books to make it to the screen. What was it like watching Horse Soldiers become 12 Strong?

When I was on set, I was reminded of something Jim Harrison said to me after he watched Legends of the Fall. He said it was “surreal.” For me, it was the same. And I mean “surreal” in just the way the poet Rimbaud meant: It was more real than real. I remembered interviewing people while I was reporting the book and hearing them say things about their lives. And to see some of those same words and gestures re-created was pretty incredible.

The cliché, of course, is that movies are never as good as the books. Was the adaptation process a little painful?

Well, the screenwriter, Ted Tally, won an Oscar for adapting The Silence of the Lambs, and Peter Craig, who wrote The Town, also did a draft. So from the beginning, the story was in the hands of writers who understood storytelling. So I actually didn’t find it painful. In fact, they asked me lots of questions to get the details right. It’s a hell of an action movie, but it’s ultimately about relationships between the Americans and Afghans and this moment in history that a lot of people don’t know about. So it still feels like a sophisticated movie.

The story captures events in 2001. The book was published in 2009. The movie is out in 2018. Do you think people will respond to the story differently, given that the politics of that war have grown more complicated?

You know, I think the takeaway is the same. The story is essentially a portrait of people working alongside each other, and of these principles that are unique to Army Special Forces and their ability to achieve some social good. So it’s not a political movie at its heart, because what you’re watching is a real response by real people to real events. You see a sense of mission and purpose that everyone seemed to be in agreement with at the time. I mean, my new book, The Odyssey of Echo Company, deals with Vietnam. If you squint, in some ways I guess you could say Afghanistan has become our new Vietnam. But our society’s response is so completely different. I’ve been to 20 cities touring with the new book, and my sense from talking with people is that Vietnam still looms as one of America’s unfinished stories. I mean, when you have a whole generation of Americans—and their kids and their grandkids—that can’t really talk about something, that’s expensive spiritually and emotionally for a country.