We’re checking in with the owners of North Channel Brewing Co. as the new Manistee brewery nears its two-month anniversary.

It seems like there’s a brewpub in every town. Or two or three or more, depending on the town in question. 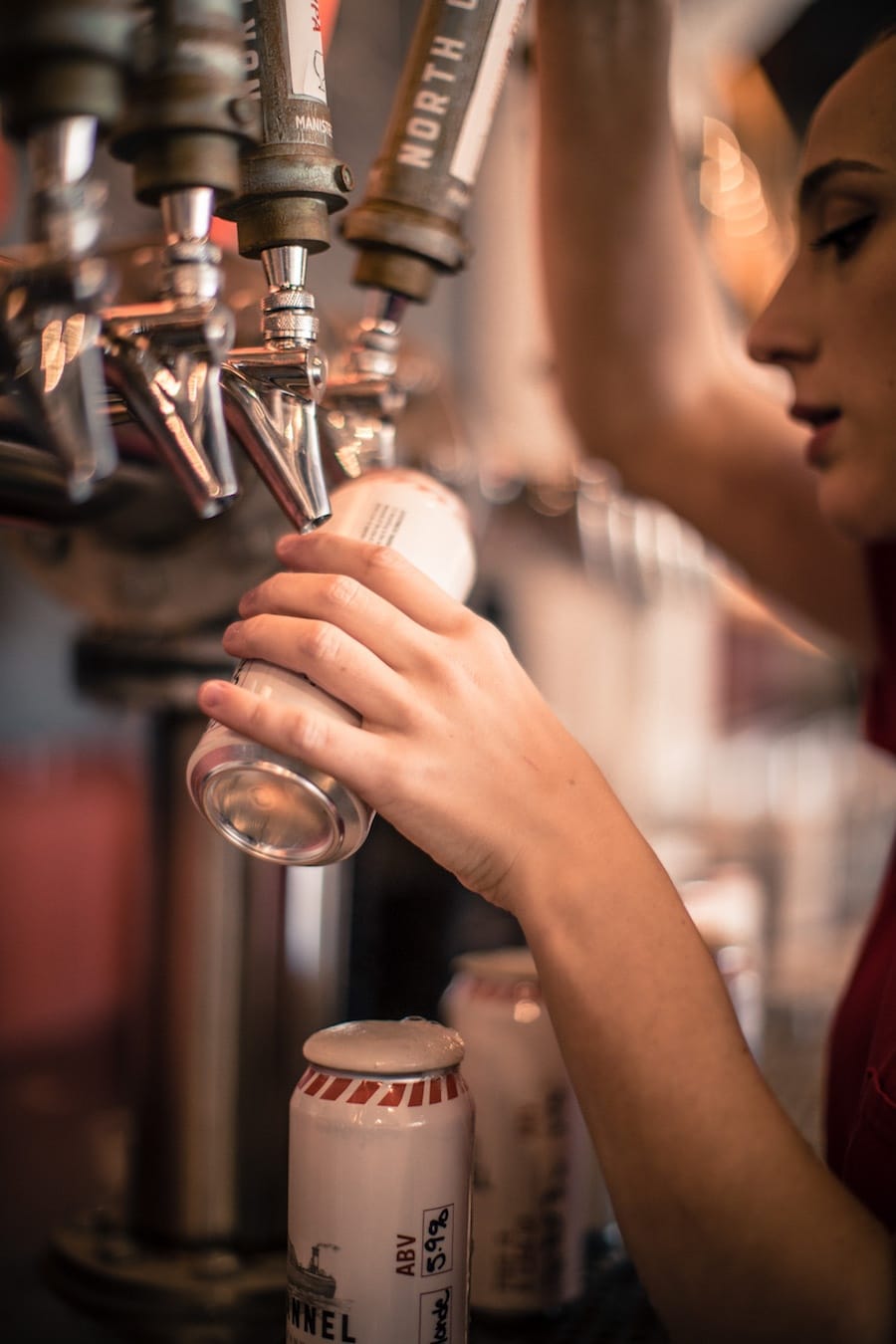 He was, therefore, a bit surprised to find that Manistee lacked a signature brewpub. He and his business partner Philip Johnson own Unsalted Vacations, with several vacation properties in Western Michigan. When they expanded their operation to the Manistee area, they saw more than just the chance to rent homes. “There were a lot of great people doing some really cool things. I fell in love with the town and saw an opportunity to help revitalize it,” he says.

Looking around Manistee, he came across a former manufacturing facility which had housed some retail operations over the years before being all but abandoned. “We stumbled onto the building,” May says. It turned out the North Channel building was for sale. He enlisted his partner and his brother Erik to share his vision. “It just looked like it should house a brewery,” May says.

Turns out he wasn’t the only one who felt that way. When they got in touch with Capstone Real Estate of Grand Haven, which owned the building, they were told that a husband and wife had approached the company with the same vision. The three met Ron and Dawn Ford and formed a partnership.

North Channel Brewing opened November 10. General Manager Carl Eskridge says Manistee has put out the welcome mat for the brewpub. “We’ve been open a month and we’ve been embraced by the local community,” he says. 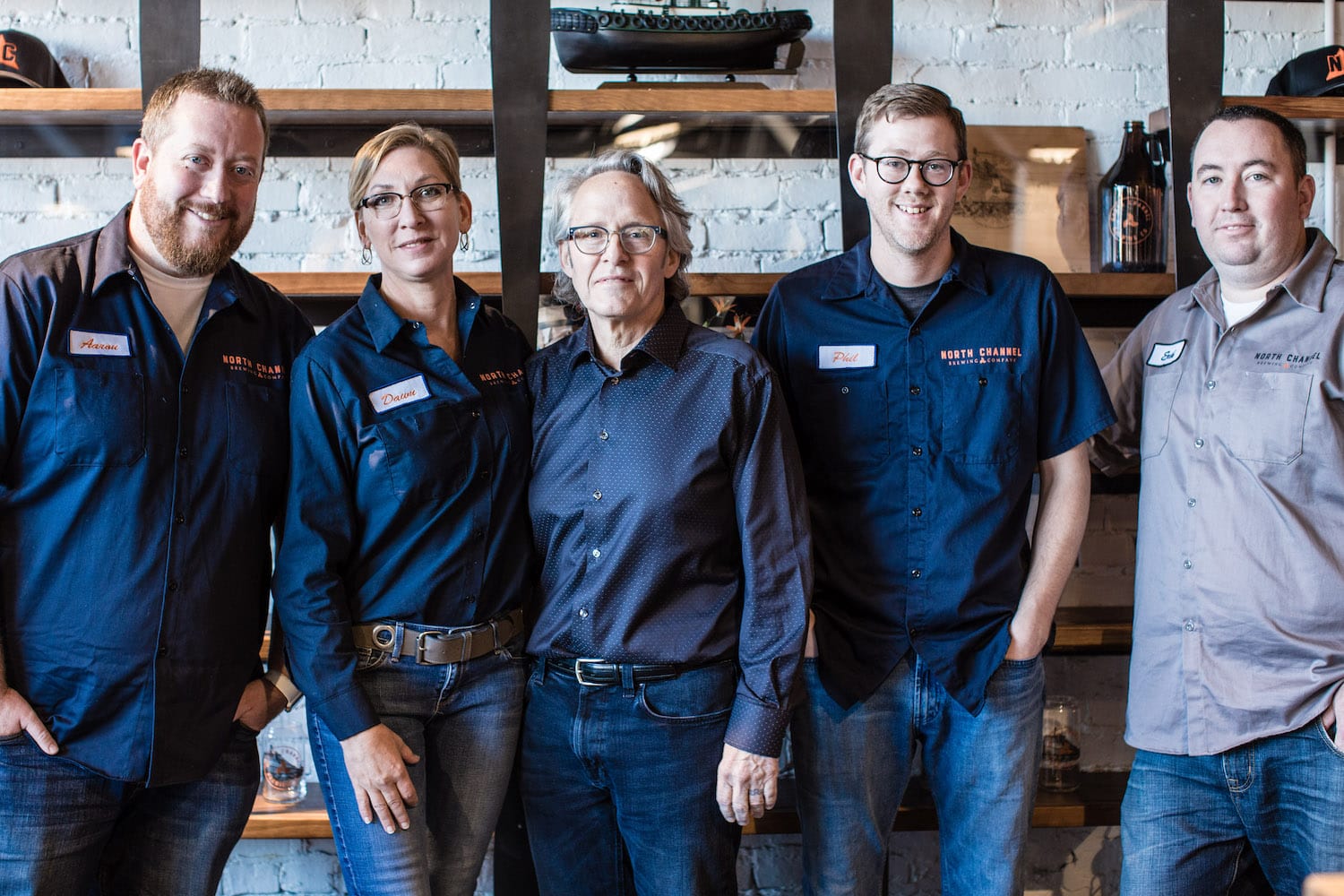 Overseeing the brewing operation is brewer Bill Joslyn, a graduate of the University of California-Davis Master Brewers Program. “He worked in Asheville, North Carolina, and out West – he has quite a résumé,” Eskridge says. Joslyn’s creations include Iron Beach Double Red, a double red ale; Pier Michigan, a pale ale; Manistee’s IPA; Salt City Blonde; High Bluff Porter; Sawmill Stout; Dockside Bock; and several ciders. North Channel is also licensed for winemaking and distilling, which Eskridge says will happen down the road.

The brewpub’s menu is similarly eclectic, favoring flavors from the Southwest. “There’s nothing local that resembles it,” Eskridge says. The menu includes brisket nachos, Southwestern shrimp, jalapeño cornbread, four kinds of tacos, and three different barbecue dishes: baby back ribs, chopped barbecue pork, and brisket. The meats are smoked daily, and the barbecue section includes the ominous tagline, “When we’re out, we’re out.”

“We tried to be really thoughtful” about the menu, adds May. “The restaurants in and around Manistee do a wonderful job, but this was an area that hadn’t been explored. We’re offering something new.”

All that in what Eskridge says is a “refined industrial atmosphere,” one that harkens back to the building’s heritage—and looks ahead to being a comfy, welcoming place for locals and visitors alike. “You walk in and see the bar and the taps and the smell of the smoker,” he says. With both smaller seating areas and community tables that can seat up to 30, he sees it as a place to meet friends and make new ones.