The Blue Sweater, an Essay by Author Anne-Marie Oomen 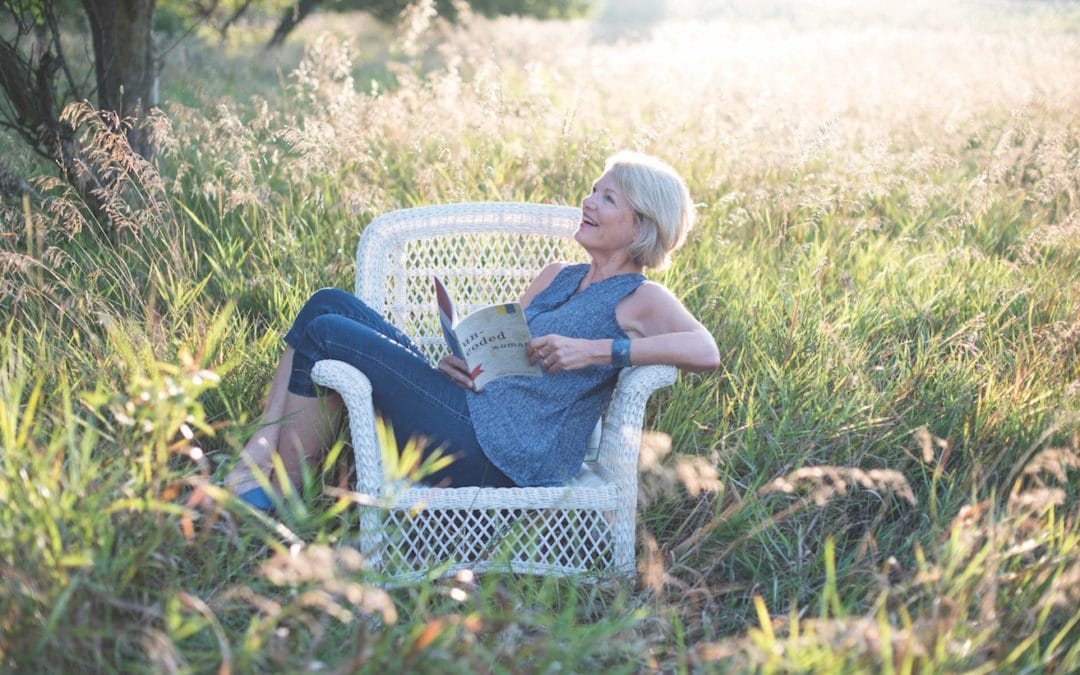 In the end, the creatures found it. They were the ones who knew what to do.

A couple decades ago my dear friend Mimi gave me a blue sweater. Not just any blue sweater, but one that had been knitted by her mother in Denmark. When her mother died, Mimi—who had gone to be with her—brought it back and gave it to me. Open stitches, soft wool, equally soft shape—that loose pullover style meant for cuddling in. And blue, a stunning, singing, deep, bright song. Winter blue, dark sapphire blue, ah yes, Scandinavian blue.

I cherished the sweater. Each winter, I anticipated pulling it out of storage on the coldest mornings of our Michigan darkness. The warmth and color never faded; I could rely on it when things were unreliable. When I wore it, I always looked to the sky for a match, and found it finally in those clear-hued December evenings. That blue, strongest just before real dark fell.

The winter after I lost my father, I pulled the sweater off the shelf, shook it out, and was shocked and saddened to find moths had invaded. A handful of holes blinked in the weave. I mended it and wore it two more winters, but the yarn had weakened. More holes laced the knit. The sweater was done. Was that the spring I lost two more friends: one, heart attack; another, cerebral hemorrhage?

Finally, I took the blue into my arms, apologized to Mimi’s mother, and threw it over the back clothesline hoping maybe the waxwings would raid it; they like string and single strands of stuff. That sacré bleu hung all summer and early fall; no waxwings. The blue never faded, and with the first snows, it shone against the thin white scrim. I looked at it every morning I came to the porch, coffee in hand. Its shabby obstinacy drew my eyes.

I missed my father, my friends more than I could say.

One day, the sweater disappeared. Gone. I can’t articulate the contradictions I felt. Relief … something had taken it at last; and loss … all over again. That swath of ultramarine had hung like a spirit friendship with a woman I never knew, but I did know because of her skill and her daughter’s gift. It also stood for my lost friends. Their spirits, that blue. I studied the ground under the clothesline, scuffed through the garden, searching for the remnants. Nothing.

Later, while packing up the garden one rough-winded day, I caught sight of a blue strand. It led under the woodshed. When I dislodged an old clay pot, there, a blue tangle woven with dry leaves in a nest where a mouse or vole had kept warm. All through late fall, I found traces: a strand hooked in the wood pile, a filament caught in the window box, and once, what might have been a clump in a tree. A squirrels’ nest woven blue into the cross-hatch of high-tree debris?

They were using it, but I had not seen. Like grief I suppose, eventually we weave it in, but invisibly.

Around Thanksgiving, I found what remained of the sweater in the ravine below our house. Just tatters, but identifiable. It had finally faded to the tired blue of sky after a storm. What remained fell apart in my hands; those warm mornings frayed in my fingertips. I stood on the hillside, amazed. Here was a piece of sky, now of earth, scattered by chance winds and the choices of wild creatures. What was lost? Warmth, color, connection? What was gained? A nest, a coil of new meaning, some organic fiber woven into a home. I left it there. I’m a fool for loss, but there’s also beauty: sky on a partly sunny morning, light warming the winter garden, the ecology of being human with mouse, squirrel, sweater and winter.

That deep blue dusk as dark comes on.

It’s not done yet. Nearing solstice, as we move wood out of the woodshed, I discover a phoebe nest in the eaves. When I pull it down to check if the nest had been a success, there, a thin filament of blue looping in the grassy bowl of emptiness. All through our woods, blue has been knitted a second time. This is how creatures do it, making useful those faded but enduring fibers. Here, just before the year turns, I tug a single- strand from spiraled grasses and let it catch the wind. Here’s what matters, the way this cast-off never fully decays, the way friendship lives on in memory, and then becomes sacred in its adaptive use—blue thread still linking an endless sky to a battered but vital earth.