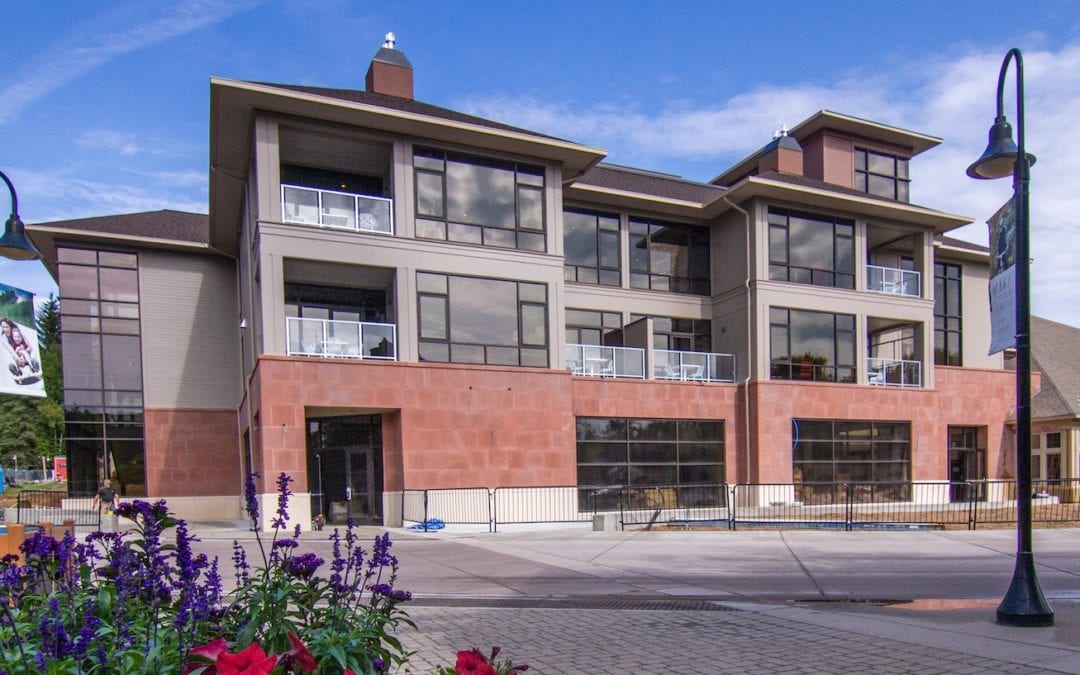 The Inn at the Mountain will be center stage as a new Mountain Market, Bru bar, rooftop terrace and 25 suites open to the public this winter at Crystal Mountain. Many of the rooms in the 31,200 square-foot, $11 million expansion to the Inn began hosting guests this fall. The contemporary design of these rooms features floor-to-ceiling windows that frame a panorama of the downhill trails and village.

Enter to win a 2-night ski getaway at Crystal Mountain! 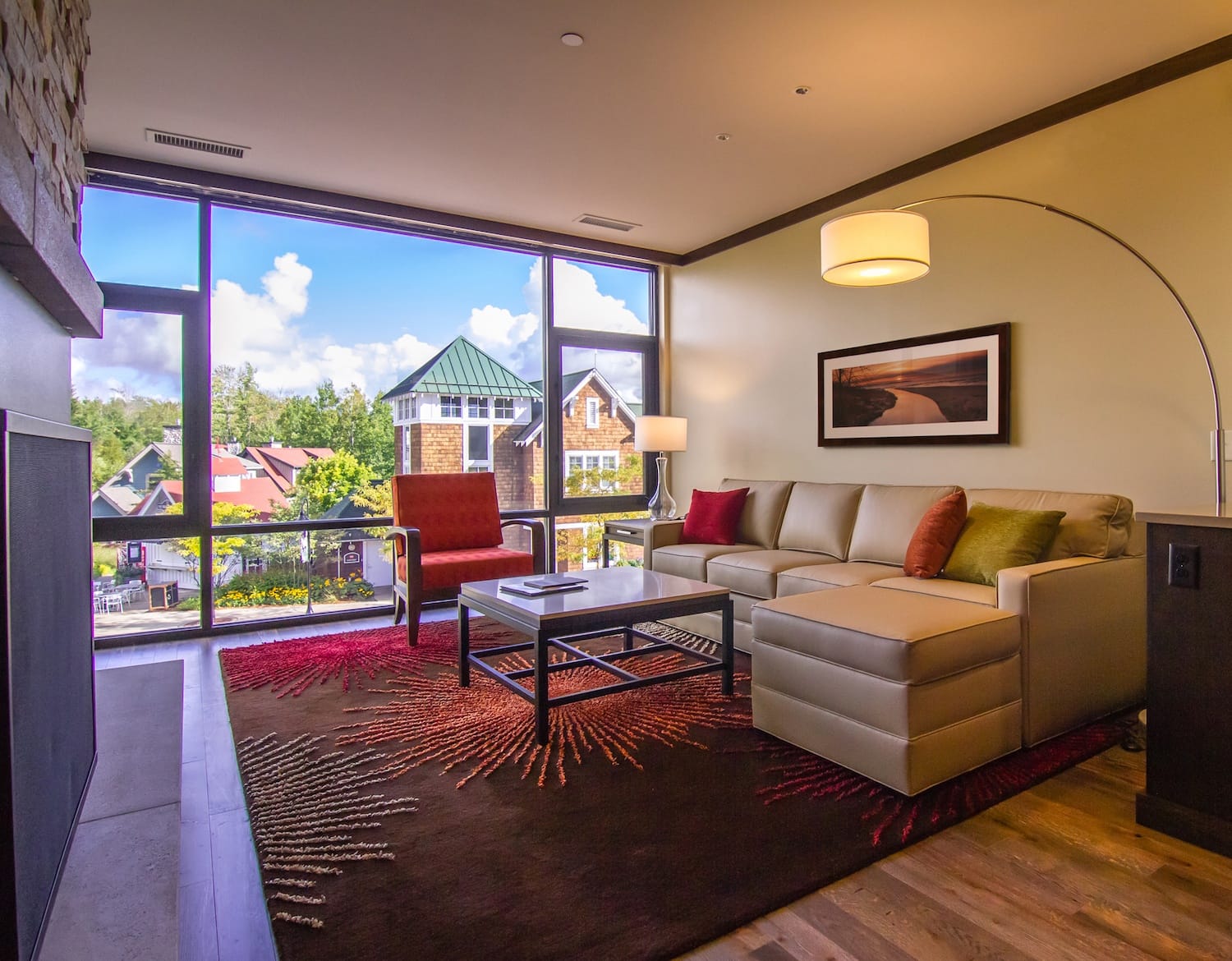 Photographers were commissioned to provide photo collections that illustrate the theme for each suite which include Arcadia Dunes, Old Mission Peninsula, Fishtown, Betsie Bay, Sleeping Bear Dunes, Otter Creek, Platte Bay and Point Betsie. Hallways will feature reproductions of the Art Prize award-winning Sleeping Bear Dunes Lakeshore and Northwood Awakening by Ann and Steve Loveless along with maps and murals by Glenn Wolff.

Crews are now finishing the Mountain Market and Bru bar on the main level as well as the rooftop terrace that will open as the winter season approaches—in time to watch the fireworks on New Year’s Eve. Work has also gotten underway on Barr Park, named after David Barr, founder of Michigan Legacy Art Park. The outdoor space that sits between the Inn and the Lodge will once again be home to the resort’s ice skating rink. 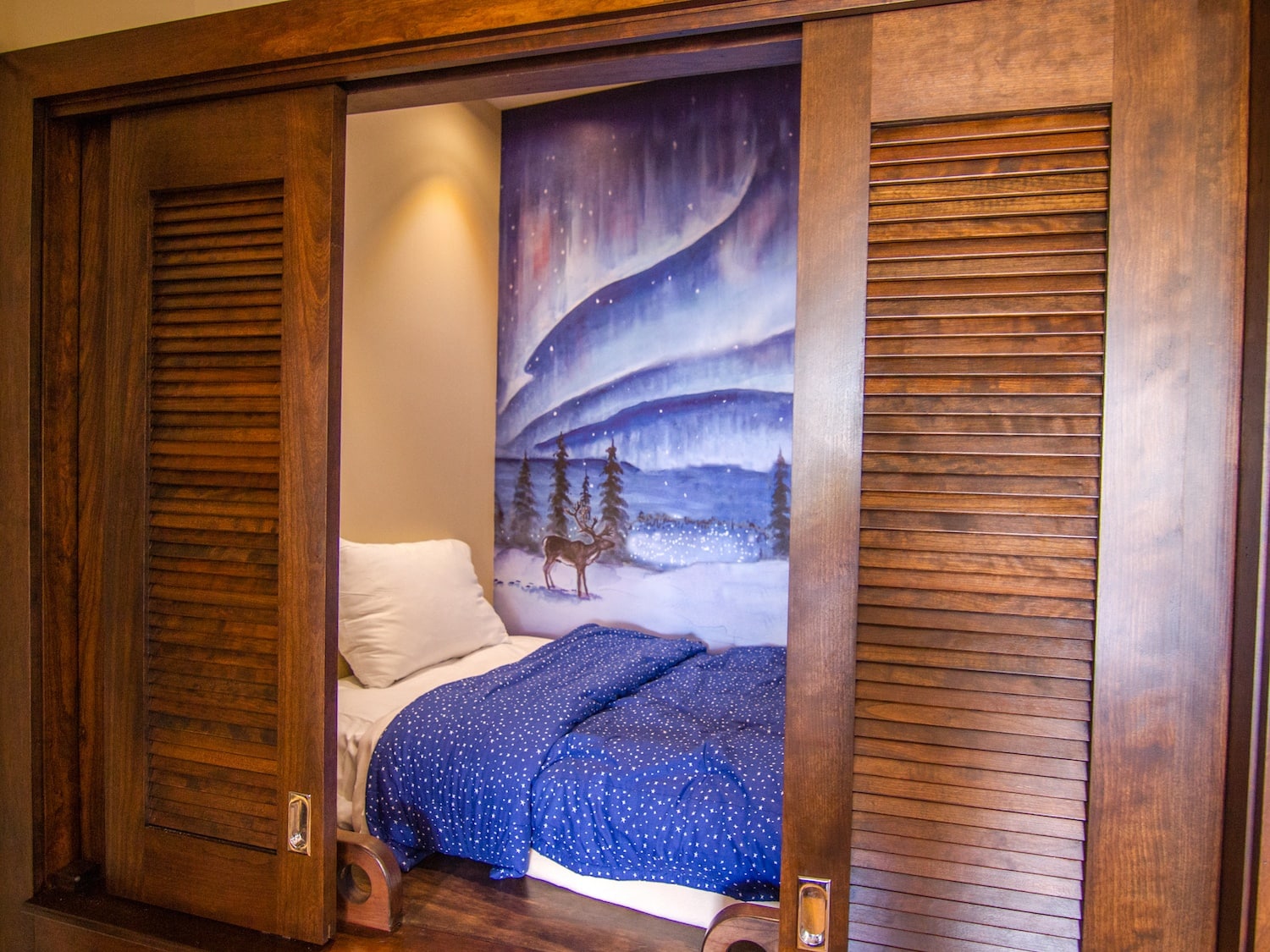 The building itself features a geothermal system with 26,000 feet of pipe that travel 460 feet below the ground to use the earth’s constant temperature to heat in the winter and cool during the summer. This system is 48 percent more efficient than a traditional system. Those benefits will be further enhanced as the resort’s electricity provider, Cherryland Electric Cooperative, increases its mix of zero-carbon energy to 56 percent, anticipated by January 1, 2018.

Adding to the buzz created by the new addition to the Inn will be the excitement that always accompanies an Olympic year as a few new features appear on-hill:

Tuck’s and Little Vincent are doing a bit of a trade this winter. The rails, tubes, bumps and boxes from Tuck’s (intermediate trail) will move to create a new terrain park on Little Vincent (intermediate trail). Once snowmaking begins, crews will assess the potential jumps that could be included in the new park. Tucks will now be a wide-open skills trail for free-skiing and snowboarding with banks, rollers and moguls to help intermediate- to advanced-level students improve their skills. 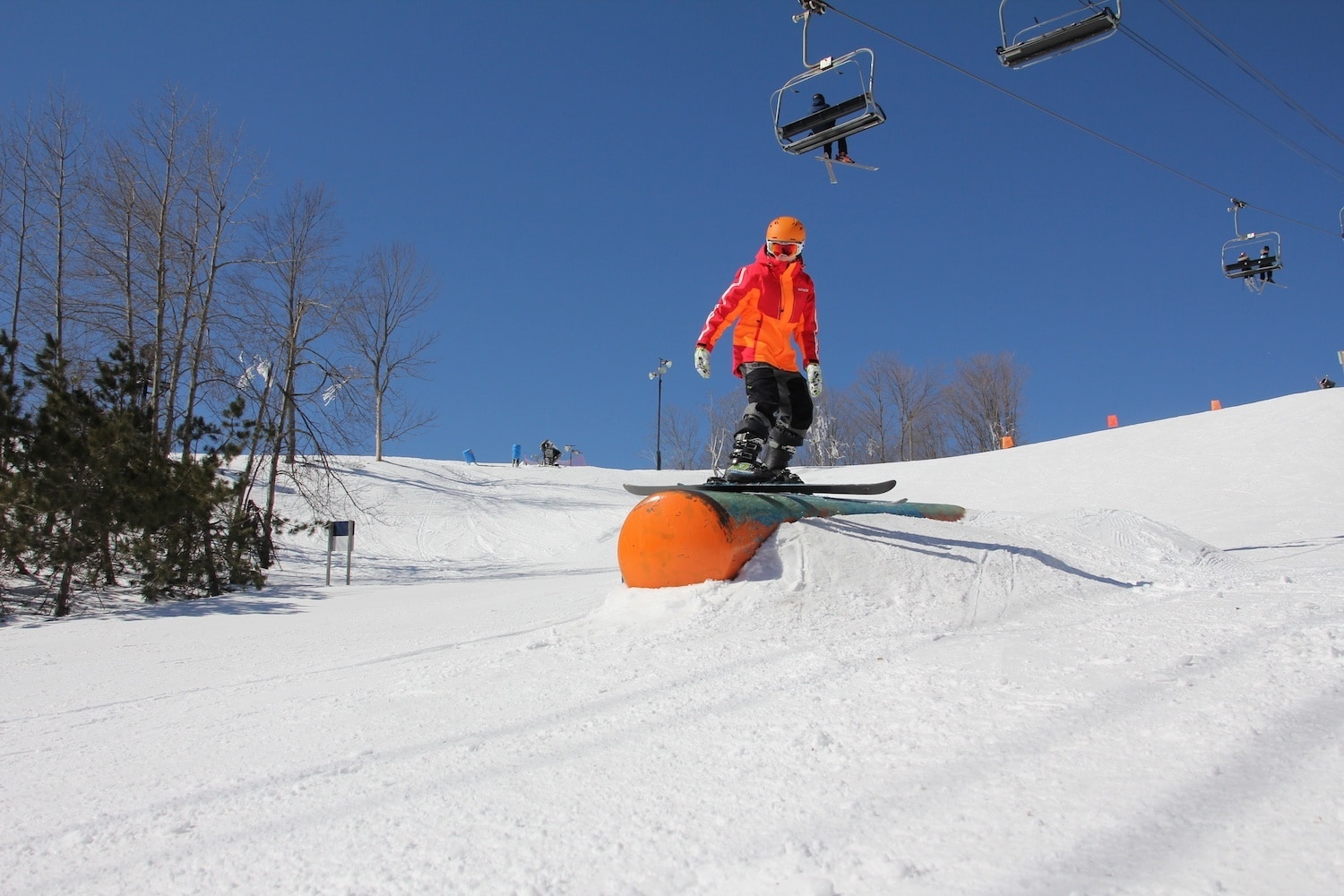 Additional space has been created in Camp Totem, the resort’s learning area, for the upcoming season that will allow for learning-enhanced features like banks and rollers to be built. These features prompt students to more intuitively position their body to turn, slow down and stop. Young snowboarders will also have access to the Burton Riglet Park, a flat course used as an introduction to the sport in which students are pulled through rollers and banks.

If ever there were two words that could warm your heart on a cold winter’s day they would have to be Waffle Cabin. The franchise serving delicious waffles and hot coffee out of a quaint little cabin will be located near the resort’s Mountain Adventure Zone which houses the Crystal Mountain Snowsports School. 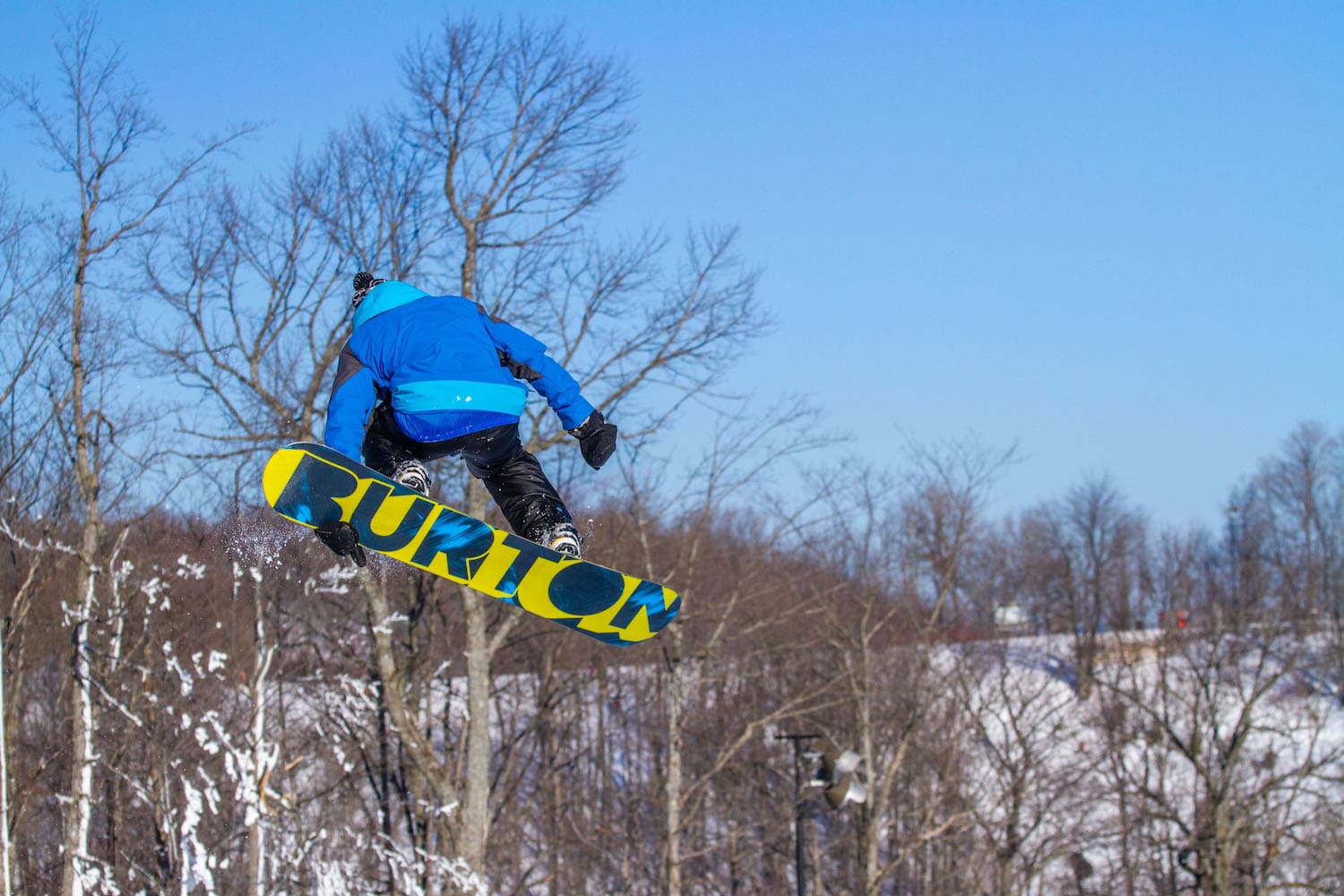 Already designated a Burton Learn-to-Ride Center, with the added boots and snowboards for this upcoming winter, Crystal Mountain’s entire fleet will now be exclusively provided by Burton.

Crystal Mountain has completely replaced and upgraded its fleet of rental skis and boots with HEAD Link Pro skis and Next Edge boots. The new wood-core ski makes turning easier for the beginner and more responsive for the advanced skier. The new four-buckle boots offer better performance along with generous size and comfort. 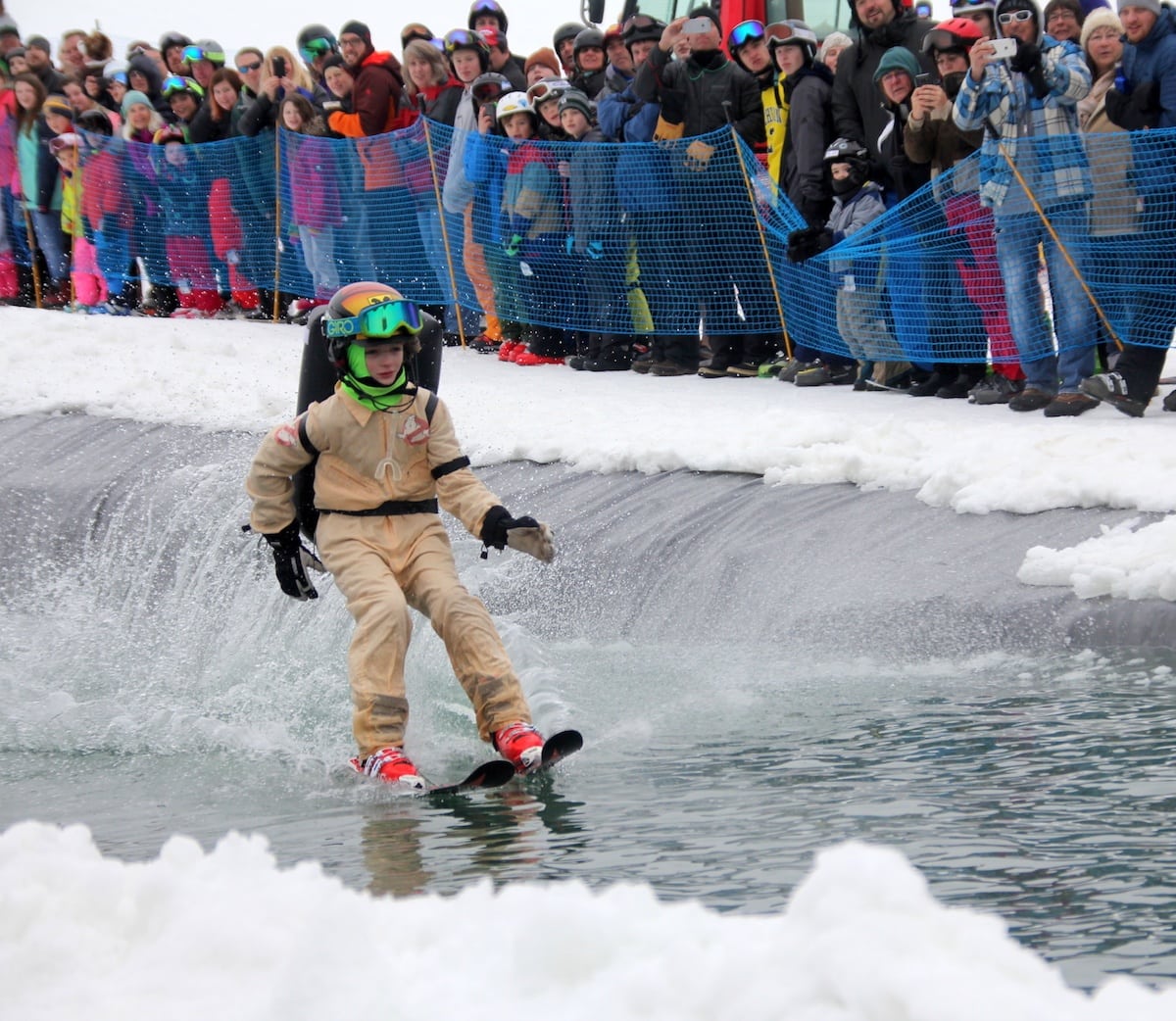 NEW! Even More to March

Don’t be deceived. While Mother Nature may melt much of the snow downstate, skiing and snowboarding continue throughout the month of March. Crystal Mountain hosts a month-long celebration with live entertainment under a big top tent, events, food and drink! The schedule includes Mardi Gras on the Mountain (March 2–3), Spring Carnival (March 9–10), Celts & Kayaks (March 16–17) with BRENA band and Retro Weekend (March 23–24) with the Mjolnir Challenge – a Thunder Run up Thor (black diamond trail) along with a Devious Dash featuring obstacles on Loki (black diamond trail). During the final weekend of the winter season, lodging guests ski free and can enjoy an Easter Eggstravaganza including the Easter Egg Hunt on March 31 (10 a.m. sharp) and Easter Buffet on April 1.

Crystal Mountain is adding to its already robust snowmaking system with two new portable snow machines, an SMI Super PoleCat and an SMI Kid PoleCat. This increases the number of snow machines to 143. A Tucker Terra has also been added to the fleet to move portables around on the mountain. Temperatures need to be under 28 degrees to make snow. Under ideal conditions, Crystal Mountain can cover the entire mountain in one foot of snow in 45 hours.