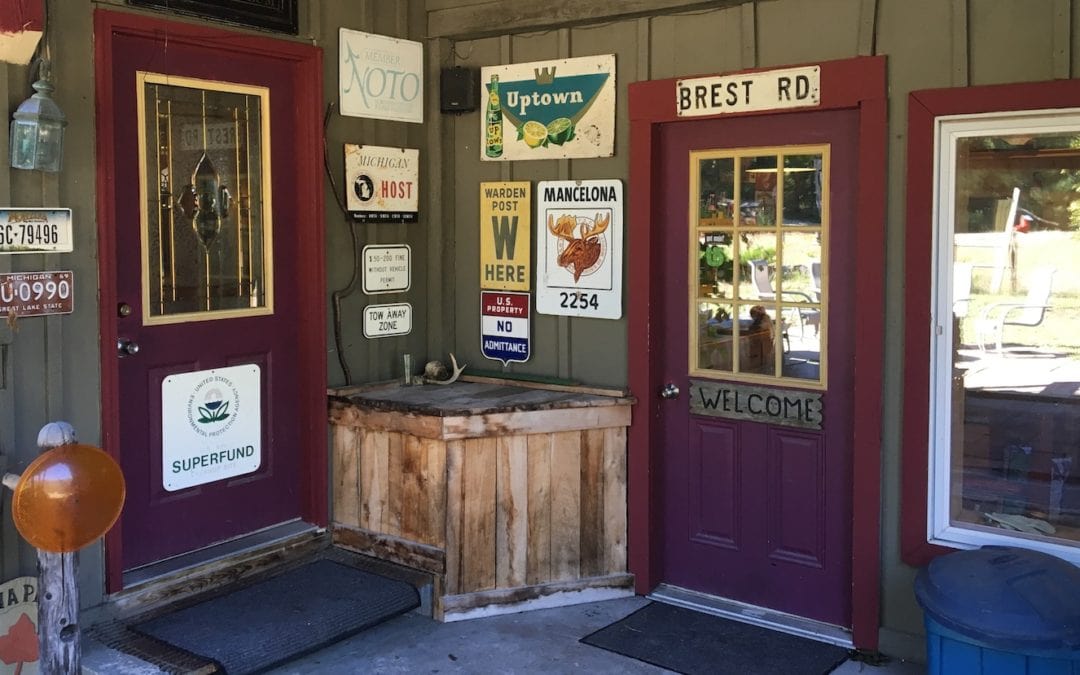 For more than 30 years, the lodge, hill and surroundings at Mt. Mancelona have been quiet and off-limits to the public. That’s about to change, as preparations are underway for the property’s renaissance, courtesy of new owners Sam and Abby Porter.

For the couple, the decision to purchase a former ski resort was a long time coming. “I grew up on the oldest farm in Kalkaska County. My siblings went there (Mt. Mancelona), but I don’t remember it, I was too young,” Sam says. The community ski hill and gathering place was built in 1954 and closed in 1984. 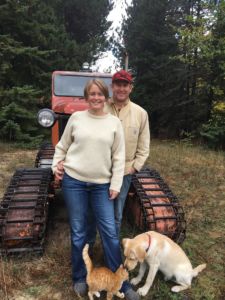 The couple finalized the purchase September 29, and Sam says they’re in the beginning phases of deciding how to utilize the property. And that could mean almost anything, but probably many things: recreation including skiing, snowboarding, biking and hiking; educational pursuits; concerts; corporate meetings; even private events. “We’re building a strategy plan,” he says. “It’s an amazing opportunity for a hub for 131 commuters, to drive dollars to locals.”

The more Sam talks, the more one hears words and concepts like “partnerships” and “giving back” and “community.” The couple is committed to creating what they call a “hub” for activities.

How did it come about? Sam says that about nine months ago a Facebook notice about the property being for sale caught his attention. He called the agent, who told him there was an offer coming from two families who wanted to purchase it for their private use. He asked the agent to hold off on anything for 24 hours, and the two discussed it before offering a contract to purchase it within 90 days. A few extensions later, and now the Porters are the proud owners of a ski hill. “Abby and I built a vision of a Mountain of Dreams,” he says. 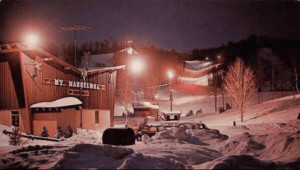 And it’s not just their dreams. “There are tens of thousands of memories that are waiting for someone,” he says of Mt. Mancelona. Indeed, a glance at the new Facebook page shows people’s fond recollections of the past and excitement for the future.

Perhaps the most surprising thing about this venture is that it means Sam will be parting ways with his other businesses, Porterhouse Productions and Tent Venue. They are the organizations behind Paella in the Park, the Traverse City Microbrew and Music Festival, events at Flintfields and several other events in the region and other locations. The business assets include large event tents, sound and light equipment, stages, tables, chairs and business contacts, clients, and associated festival and in-house brands. While he’s looking forward to being around family and friends more often, Sam admits he will miss parts of his former businesses and lifestyle. “The transition won’t be easy,” he says. “It’s a big life change.”

He’s keeping his hands in the presentation business. To start with, they are kicking off the new venture by hosting Billy Strings on Saturday, November 25. The music, plus food and drinks, will take place under a heated outdoor tent at Mt. Mancelona. Tickets are $25 and are on sale now at MyNorthTickets.com.

Then it’s on to the future, whatever it may hold. “We want to set some goals. Maybe next summer we’ll host some events,” Sam says. Then he starts to list some of Mt. Mancelona’s assets: “It’s got the third-oldest T-Bar in the world, and it works. It’s got the best artesian aquifer, the best ski glades and the lodge is a museum of history.”

Sam says their overall vision is to create a nerve center for four-season activities and to create the means for it to not only become self-sustaining but community-sustaining. “We have to have the capital and funding to drive a good plan. This winter is about bringing people together to create the plans. We want to walk with the community, one step at a time. It feels really good.” 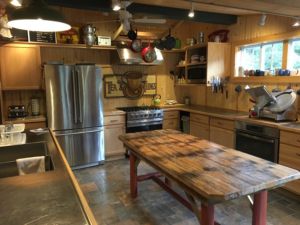