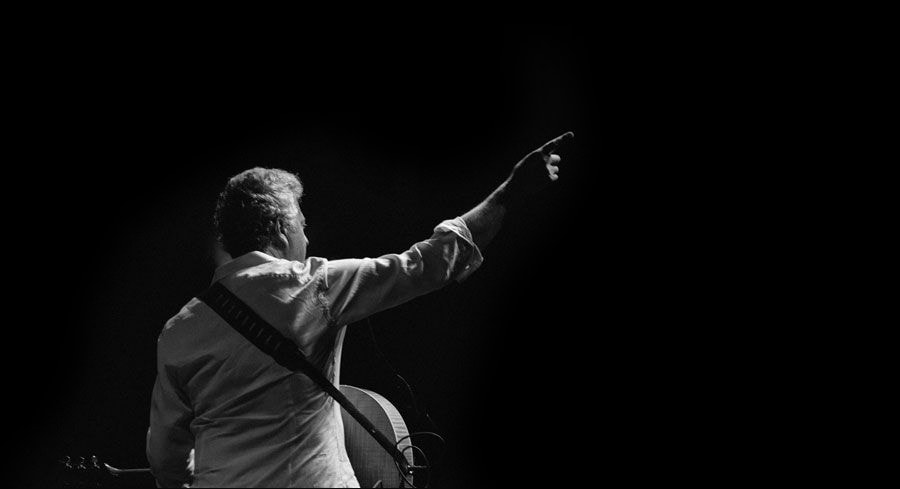 Guitarist. Producer. Composer. Arranger. Singer. For Paul Brown, it’s not the title or the role, it’s the music that matters.

Brown, who performs Saturday, October 21 at Milliken Auditorium, actually came late to the performer scene. While he took up drums and then guitar as a child, it was his studio prowess as a producer and engineer that first led to industry success. He produced saxophonist Boney James’s breakout debut Trust in 1992. Since then he’s worked with a who’s who in the jazz world: fellow guitarists Larry Carlton, Peter White and George Benson; saxophonists Euge Groove, Kirk Whalum and Jessy J; Rick Braun, Jeff Golub, and the late, great Al Jarreau among others. All told, Brown claims over 60 #1 radio airplay hits between himself and the artists he’s worked for and with.

Tickets for Saturday’s show are $27 in advance, $30 at the door and $24 for museum members. To purchase, go to MyNorthTickets.com.

“I got into production and engineering. That went on for about 20 years,” Brown says. “I was working on a song one day and played guitar and said, ‘Wow, that sounds like a finished product.’”

His first solo album came out in 2004, fittingly titled Up Front. “That got the ball rolling. Between producing and playing, it’s been really fun,” Brown says.

He’s since released eight more albums, all of which have enjoyed chart success and airplay on smooth jazz stations. 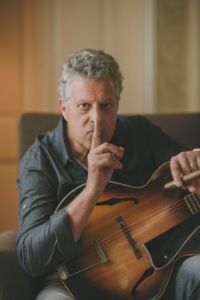 Brown says his background definitely influences his music. “I have a distinct sound because of my drumming, where I choose to place the parts.” Asked to describe it, he responds, “I’m still searching for myself. It’s blues-oriented contemporary jazz. There are elements of soul, funk, blues, gospel and contemporary jazz.”

He says the dramatic changes in the industry over the past couple of decades have been both good and bad. “It’s easier to make music,” he says, but easier doesn’t necessarily mean better. He says the fact people are able to make music in their home on their computers doesn’t make it good—in fact, making music on the cheap means it often sounds that way.

“I worked at Warner Brothers studios for 15 years. I appreciate what they had,” referring to high-quality equipment, from microphones to monitors, mixing boards, even recording rooms famed for their quality sound. “It’s easier—anybody can buy Pro Tools—but that doesn’t make it any better.”

For his backing band at Milliken, Brown has enlisted an organ trio based in Grand Rapids he has played with previously. One of its members is a familiar face in Traverse City: Drummer Randy Marsh frequently plays with Jeff Haas and Friends at West Bay Beach and in the summer at Chateau Chantal. He and Organissimo will be joined by a saxophonist Brown is bringing in, and Brown is hopeful another friend from the local jazz scene will stop in as well.

Brown makes no apologies for creating music that is uplifting and melodic. “My wife says it’s very sexy and romantic,” he says with a laugh. “It’s well written and well performed. It’s feel-good, there’s not a lot of outside (playing) that’s tense and angular. If it’s smooth and melodic, that doesn’t mean it’s bad.

“I didn’t grow up listening to Coltrane and Miles. I’m a Deadhead,” he says. “My biggest influences are Wes Montgomery and Jerry Garcia.”

The important thing, he says, is that whatever music the artist is playing, it needs to come from the heart. “There are great musicians in smooth jazz. Boney James, his use of restraint, he chooses to play music he likes. If he tried to play straight-ahead jazz, it wouldn’t be natural.”

For Brown, musical artists as diverse as Earth, Wind and Fire, Yes, the Grateful Dead, Luther Vandross and Blood, Sweat & Tears were successful because they followed their hearts. “Back then, they were doing what they wanted to. The main thing is if it’s from your heart. You want to play the scale then chords with a flat 5—if Luther wouldn’t sing it, there’s no reason I’d play it.”