Petoskey Chocolatier One of Nation’s Best 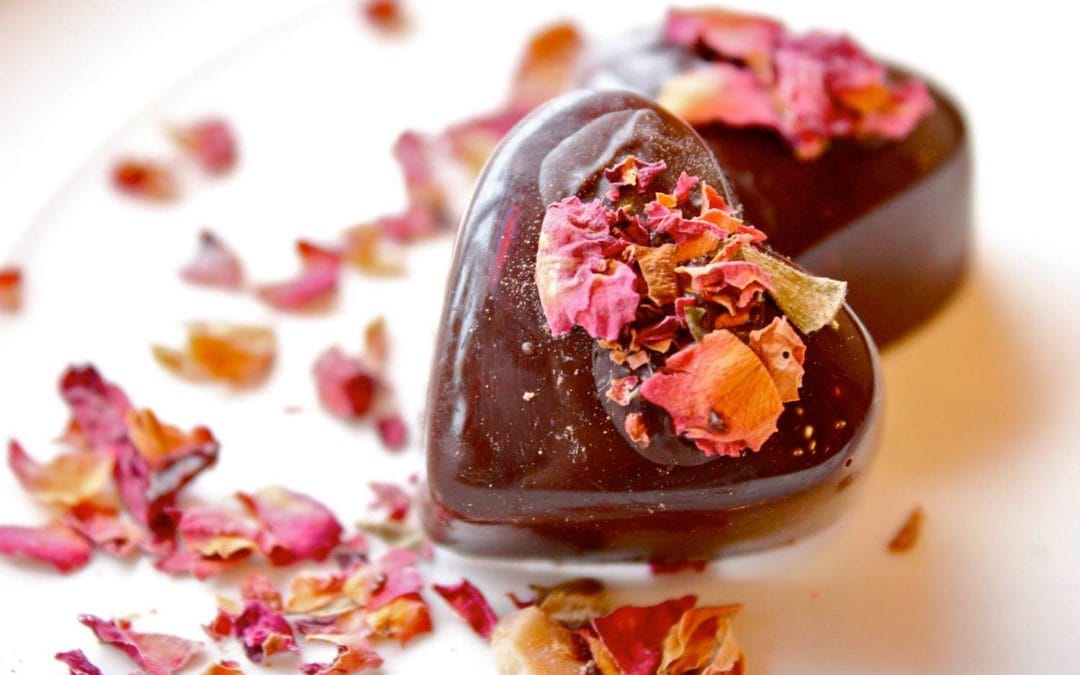 For many people, life may be a bowl of cherries. Laura Case would probably agree, though with a twist. For her, those cherries are in the form of cherry balsamic vinegar infused into dark chocolate truffles.

That’s because Laura is the owner and proprietor of Beijo de Chocolat, a Portuguese/French hybrid name that means “Kiss of Chocolate.” She had her own store in Chicago for several years before moving back to her home state to be near family.

“I’ve been here a little over a year,” Laura says. “Here” for Laura is Petoskey. The Detroit native has a sister who lives in Boyne City.

Laura came to chocolates naturally enough: She was an award-winning news producer for a television station in Chicago, and from there it was only a short step to—wait a minute, TV news? Yep. Laura is a veteran of television news for Fox and CBS affiliates, with several journalism awards and Emmy nominations to her credit. But she tired of the daily grind. “I decided I wanted to do something different,” she says. How different? She enrolled in the French Pastry School in Chicago.

That’s when she fell hard, mesmerized by a new flame. Even though she admits the object of her attention was demanding and she was not alone in her affection. “I fell in love with chocolate,” she says. “It’s beneficial, and it’s challenging, and people love it.” 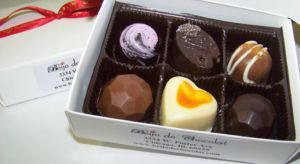 And the chocolate loved her right back. She began experimenting with various flavor combinations and eventually opened her own store in Chicago. She served coffee, tea and hot chocolate, along with a few pastries. But it was the handmade candies and chocolates that made the store a must-stop.

But after seven years of supplying chocolate goodness to customers in Chicago’s North Park neighborhood, she decided it was time to return to her family. So in March of last year, she closed and locked the doors of her shop. “It was difficult to close the store, but I was homesick,” she says. “People were crying when I left.”

Today she doesn’t have a storefront but is a familiar face at the local farmers’ markets. “I’ve been doing Charlevoix, Boyne City. In the winter I do the Petoskey indoor market,” Laura says.

She also provides her sweet treats by special order. While she never says never, she’s not inclined to open her own storefront at this time. “I love it (her store) but now my goal is to find a home for Beijo de Chocolat in someone else’s store and be able to market it to other stores as well.”

In the meantime, she is happy with her decision and the results thus far. “I have been getting a following. I love being home.”