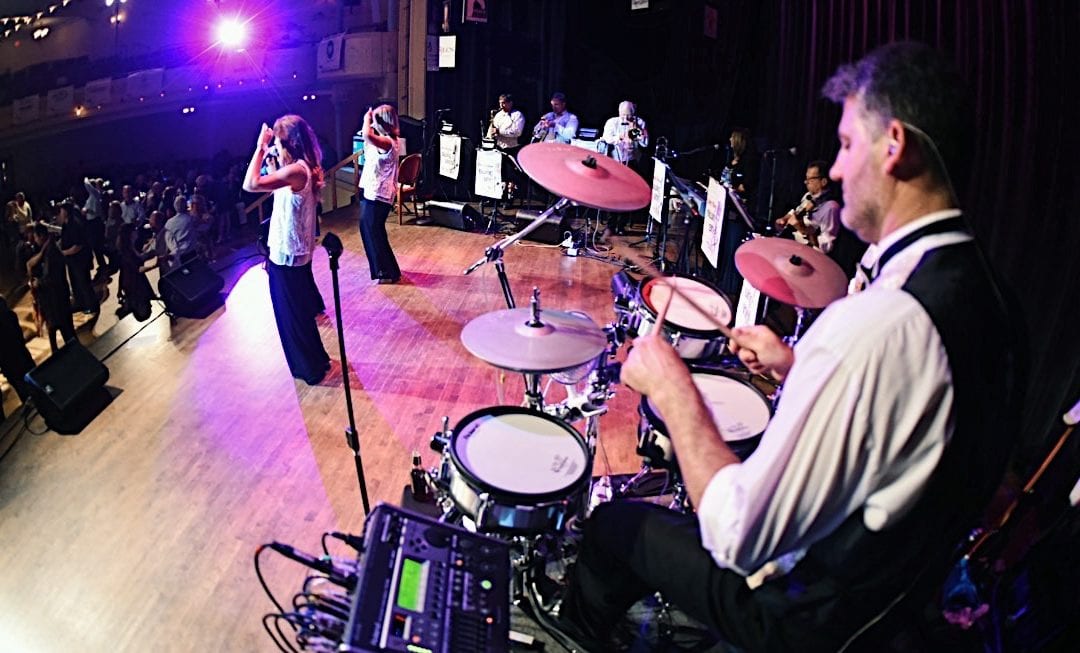 Judy Harrison is having the time of her life. Whether it’s fronting a swing band for local charities, performing country music for dancing or listening enjoyment, even recalling and recreating the sound of one of the greats of yesteryear, she’s able to combine music and dance. For the singer and one-time dance instructor and choreographer at Interlochen Center for the Arts, there’s nothing better.

Audiences at the City Opera House are familiar with Harrison as she fronts the variety dance band SwingShift, responsible for the music to which local stars dance while raising money for charity. This is the 10th season for the project, which has raised more than $2.3 million for non-profits. This season alone it has raised over $300,000.

She readily admits the show was inspired by the hit ABC show Dancing With the Stars, but Harrison wanted to put her own stamp on it. “As we get older, we ask what are we doing? How can we give back? How can we impact the community while incorporating the bands? This was a new way for organizations to raise funds and awareness,” she says.

This season is more expansive than any before. Rather than having the same teams compete at each of the showcase events, each of the four presents a new slate of performers and new charities. Harrison says that’s in part an attempt to broaden its reach, as well as recognition of people’s busy schedules. “It’s hard to give that much time. They rehearse two to five hours a week,” she says.

Harrison says many of the participants have told her that despite the work they’ve enjoyed the experience. “They’ve told me they lose weight, get in better shape, and learn to dance,” she says.

It’s been so successful, Harrison exported the production to the tri-cities area, involving charities and dancers from Midland, Bay City and Saginaw for three seasons. Harrison says she is looking at other locales where the program could be successful.

While three of the season’s four performances feature SwingShift, the fourth typically focuses more on country sounds. No problem—Harrison simply switches bands, as she’s also the leader of the country and classic rock band Rebooted. That’s the case for the next session of SwingShift and the Stars, which takes place November 17 at the City Opera House. The charities are Grand Traverse Pavilions/PACE, Grand Traverse Watershed, Michael’s Place, Peace Ranch, Single MOMM and Young Life. For tickets and more information, go to CityOperaHouse.org. 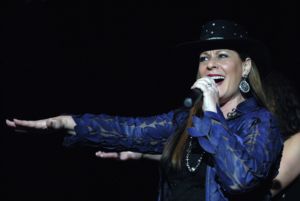 While it’s her work with SwingShift and the Stars that is most visible, at the moment her focus is on “Remembering Patsy Cline.” The musical revue written by Leeds Bird with musical assistance from Mindy Rohn and Kevin Cole is based on the life and music of the country star. It is being performed Friday and Saturday, October 27 and 28, at Old Town Playhouse.

“He wrote a beautiful revue,” says Harrison of Bird, who previously teamed up with Cole and Harrison for Always … Patsy Cline at The Bay City Players. “I play Patsy—I even wear the wig!”

Harrison says even though Cline died in 1963, her music and legend live on. And audiences of all ages can relate to and enjoy the music. “Even my daughter loves Patsy Cline—and she’s 17! Music brings back memories.”

Phil Murphy, the executive director of Old Town Playhouse, says the opportunity to host the revue for the second time was appealing, as it brings audiences in without the playhouse having to worry about sets, backdrops, lighting effects or coordinating rehearsals for a cast. The group does a dress rehearsal, then two nights of shows.

“It’s a one-off opportunity for our subscribers and ticket-buyers. We’re trying to make better use of our spaces when we’re able to. It’s a nice show to drop in the schedule,” he says. Tickets for the Patsy Cline show start at $32; available at MyNorthTickets.com.

Whatever the venue or the occasion—the bands are also available for private and corporate events—Harrison is happy to be doing what she loves, and doing it with fellow performers she enjoys and respects. The two bands feature some of the region’s best and most versatile musicians, including Mindy Rohn, Laurie Sears, Steve Krygier and Clark Harner. “I’m so blessed to have worked with all the musicians. There are great friendships. The cadre of musicians and talent here is unmatched.”