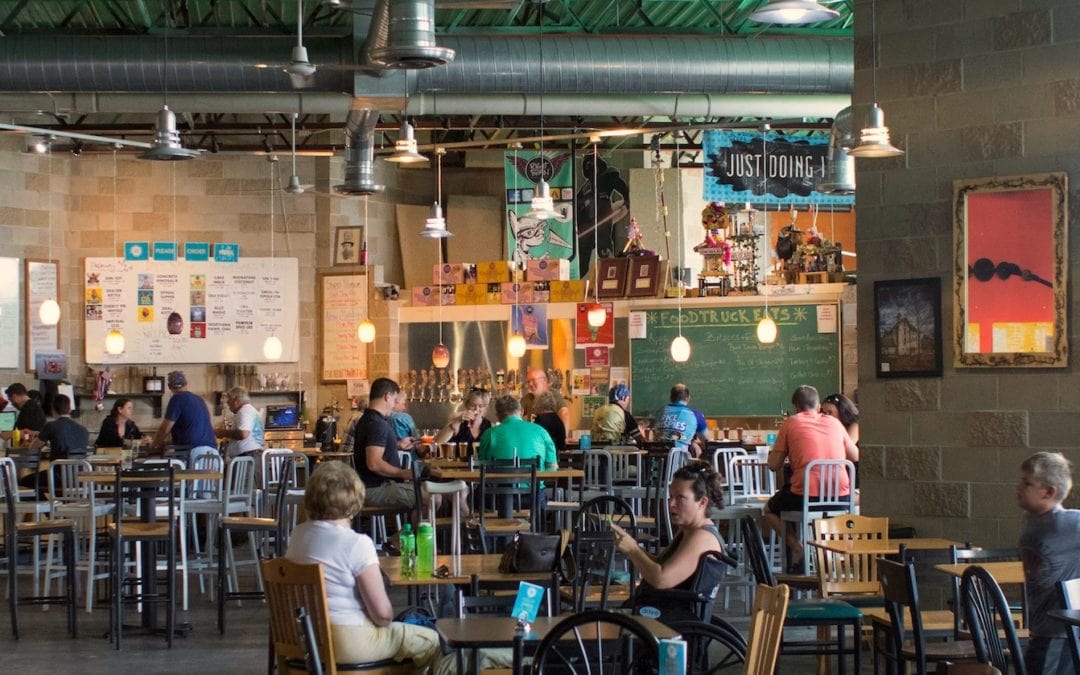 An estimated 56,530 Michigan residents will learn they have cancer this year and by 2026, there are expected to be 20.3 million cancer survivors in the United States. As the largest voluntary health organization, the American Cancer Society’s efforts have contributed to a 20 percent decline in cancer death rates in the U.S. since 1991, and a 50 percent drop in smoking rates. Since 1946, the American Cancer Society has funded research and training of health professionals to investigate the causes, prevention, and early detection of cancer, as well as new treatments, cancer survivorship, and end of life support for patients and their families. In those 70 years, the American Cancer Society’s extramural research grants program has devoted more than $4.5 billion to cancer research and has funded 47 Nobel Prize winners.

Please Join the American Cancer Society at Right Brain Brewery on Saturday, September 23 for a night of comedy and laughter. The second annual Comedians Against Cancer will feature stand-up performances from up and coming comedians in Northern Michigan and across the state. The show will be headlined by local comedian and cancer survivor Marti Johnson. Joining Johnson will be comedians Dick Norman, Jason Allen, Charlie Settles, Joshua Paul, JR Williams, and Chris Batchelder.

Proceeds from the event will support the Relay For Life of Grand Traverse County. Tickets are available through MyNorthTickets for $15. Performances begin at 8 p.m. Come early to bid on silent auction items. Food and drinks will be available for purchase from Right Brain. Enjoy a night of fun and laughs while helping in the fight against cancer! 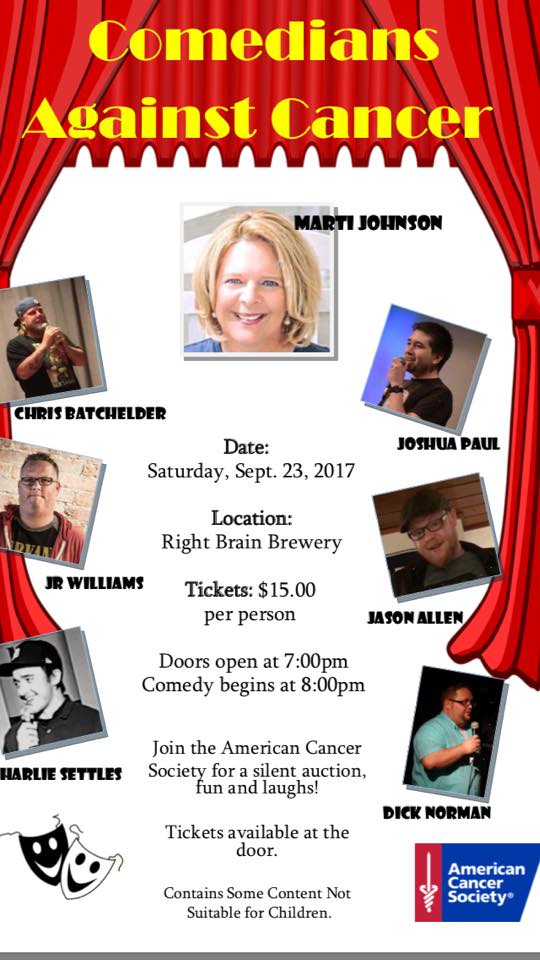