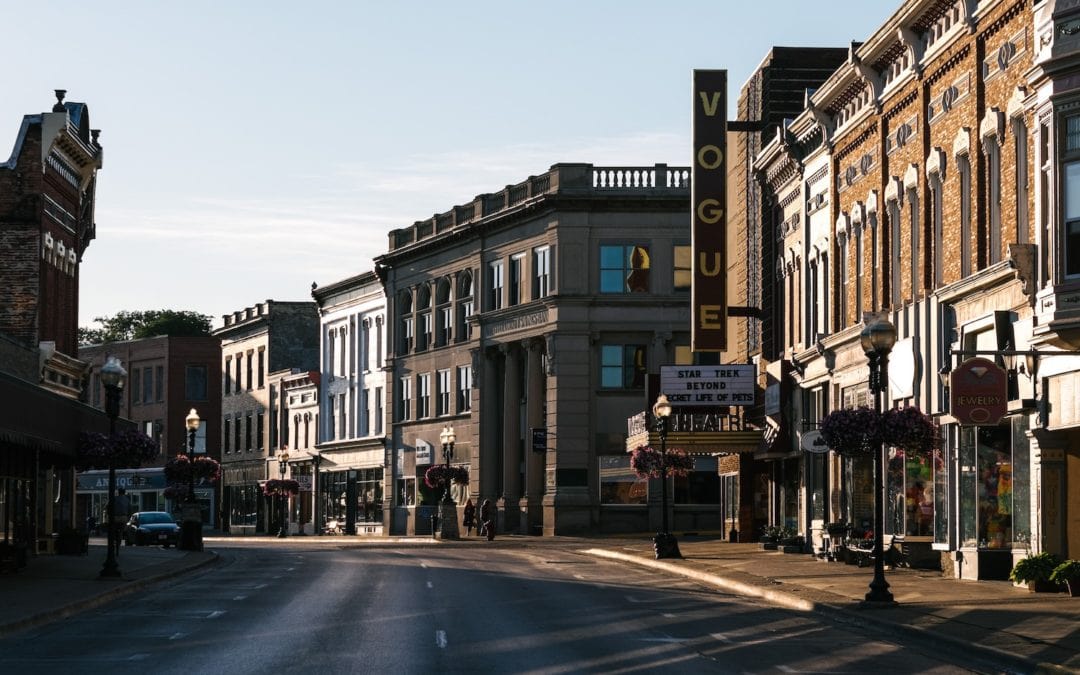 Bursts of economic development, both large and small, are continuously happening in the city of Manistee. New restaurants and businesses are emerging downtown, with more in the works. There’s a hustle and bustle these days, locals and tourists alike. For years, people have been saying that Manistee is going to “pop” on the Michigan map. Now, with the momentum of the Vogue Theatre and other new developments, the beautiful Victorian city finally has a chance to grow into its potential.

Taking a look back on Manistee a decade ago, downtown was bare. River Street was home to several dark and dusty uninhabited buildings, the paint peeling off the front and bricks falling loose. The only benefit was the ease of finding parking as few customers thought of Manistee as a shopping destination. Locals used to make a trip to Ludington or Traverse City just to go to Meijer, let alone any specialty store.

Manistee’s long-established stores like Ideal Kitchen, Port City Organics and Synder’s Shoes, made it through the market crash in 2008. But during the late 2000’s there were a multitude of store closings, and stores opening and stores closing again; one building changed hands three times in just a few years. An economic disease had settled onto the town, putting Manistee into a slow slumber.

But, the Vogue Theatre was the alarm clock. 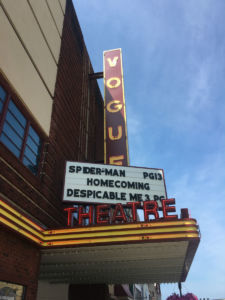 Originally built in 1938, the old Vogue Theatre had an Art Deco theme, and at the time, the finest audio and video systems. But, as the decades went by, it fell into disrepair. In 2006, the Vogue Theatre closed its doors and many assumed they’d never open again.

But some community members had other plans. In 2010, Manistee’s Downtown Development Authority (DDA) purchased the Vogue property and turned it over to a newly formed nonprofit, The Historic Vogue Theatre of Manistee (HVTM). Suddenly, a new project was in motion. A huge fundraising campaign began that swept through the entire town, reaching all the way up to Traverse City’s State Theatre, now a significant partner of the Vogue. Costing $2.6 million, the Vogue Theatre remains one of largest investments on River Street.

Instantly, the whole town was abuzz with the news of the Vogue’s renovation. After the initial shock and doubt that clouded the project, the theater gained immense popularity throughout the county. Instead of bulldozing the entire building, HVTM decided to keep as much of the original structure as possible, including the multi-colored tile, to preserve the historic property for the community. The majority of the building needed to be gutted, however, and replaced with new furnishings and equipment; today, it feels like a brand new theater.

When the theater reopened in December 2013, it had the latest technology available in two screening rooms. The Pure Michigan room seats 188 while the cozy Olsen room has 44. Many of the hottest featured films make their way through the theater, staying for two or three weeks before moving on to the next new release. On Saturday mornings, kid-friendly movies are shown for just 25 cents, just like in 1938. On Wednesdays, you can catch a classic for $2. 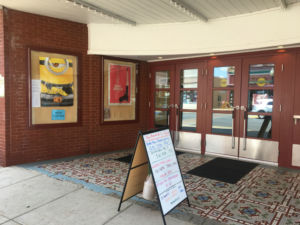 The Vogue has shown art and alternative films in the past, most recently featuring a film from the Traverse City Film Festival. In the future, the Vogue hopes to incorporate more art films, according to the board of directors, as they see a desire within the community for more culture and diversity.

Affordability is a key concept within the Vogue Theatre. You may even be shocked by the price of concessions. A small popcorn or soda is only $2! That feat alone is worthy of national news. Run by over 300 volunteers and only four paid staff members, the theater is truly a place for the whole community. If you’re a regular patron, don’t be surprised if the volunteer taking your ticket calls you by name. 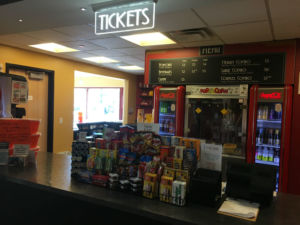 In order for a city to grow, there needs to be a spark: the Vogue Theatre is that spark. The DDA was able to convince the fine dining restaurant Bluefish to open downtown because of the theater. The owners saw what the State Theatre did for downtown Traverse City and believe the same will happen in Manistee. The owners of the new condominiums across the bridge from downtown are from Grand Haven; they also commented on what a theater can do for downtown. The hopeful attitude also initiated the opening of a new park in the city. Businesses like Famous Flynn’s, the Fillmore, Iron Works Cafe and the Daily Bakehouse are all post-theater. In 2015, a Meijer store opened at the north end of town, making Manistee the top grocery destination within a 30 mile radius.

“The town is waking up,” says Steven Brower, a member of the Vogue Theatre’s executive board.

Currently, several new business are in the works. A brewery is planning on opening in the early fall after remodeling a run-down warehouse. Affordable apartments are opening on the west end of downtown, making use of a beautiful piece of property along the Manistee River. The former National Guard Armory on First Street has been converted into a youth center and opened its doors this past June. The infamous 12th Street, where the local high school resides, is finally being repaved after a decade of dealing with potholes the size of a tire; in fact, many of the city streets have been repaved. 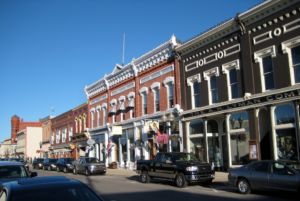 One of the key reasons why Manistee is doing well is because people now have a reason to visit downtown. If a patron is already seeing a movie, they are more likely to eat at nearby restaurants and shop at neighboring stores. According to a study done by students from Baker College, 100 percent of downtown businesses have seen a positive impact on downtown Manistee due to the Vogue Theatre, and over 70 percent of downtown businesses saw an increase in sales due to the Vogue. In a survey of downtown patrons, over 60 percent of 667 people answered that they either shop, dine or both in addition to seeing a movie at the Vogue. 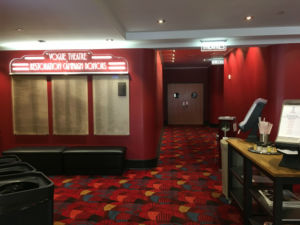 The Vogue got where it is today because of contributions from over 730 individuals and organizations. Michael Moore was a major part of the Vogue’s launch and still remains on the board of directors. Organizations from Detroit and Grand Rapids even contributed, their first time supporting something outside of their area. The Vogue has started a ripple reaching so far it can be a challenge to see where it all started.

Down the road, the Vogue may install a third screening room with elevator access on the second floor. Seating about 90 people, this screen would give the theater room to bring in different genres and hold additional events. The board is currently looking at the feasibility of a third screen and whether or not it would be sustainable. The board is also looking at ways to retire its debt as well as establishing a contingency fund. Being a nonprofit organization, the continued support from the community is imperative. 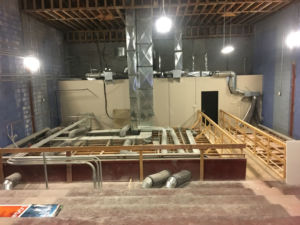 Current condition of the second-floor screening area and the possible location of a third movie screen.

The charm of this theater is indescribable; if you’ve never seen a show there, you’re missing out on what is now an iconic Manistee experience. The hometown feel of the opening sequences showcases the rebuilding of the Vogue and the vitality of the volunteers; it’ll make you smile every time. The community’s anticipation is growing as more businesses move in, bringing culture, tasty eats and hope. Manistee is getting hot; one more spark, and it’s going to “pop.”