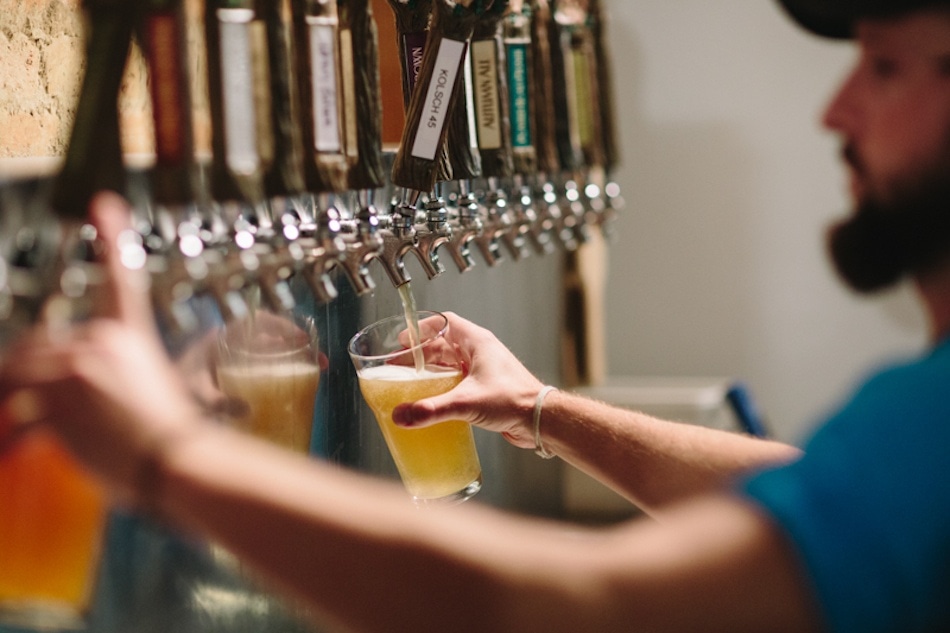 Sellout or lifeline? That perhaps depends on your perspective. For some fans of craft brews, the announcement that Short’s Brewing Company has sold nearly 20 percent of its equity to Lagunitas Brewing Company means the end of their infatuation with the idiosyncratic company that brings us quirky beers like Melt My Brain—a gin-and-tonic flavored golden ale brewed with coriander, juniper berries and limes—and Bananarama—a strong brown ale brewed with bananas and molasses. Comments on the announcement include “Old slogan #lifeistooshorts, New slogan #shortscutandsellout” and “I’m still in as long as they can maintain the unique flavors, styles, and quality, but it just feels different now.”

Short’s founder Joe Short acknowledges and understands that mindset, but dismisses the premise. “We’re trying to be proactive in an aggressive marketplace. People don’t know I sold 20 percent before we ever opened. We’re investing for a new industry,” he says. 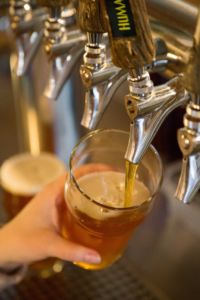 While the proliferation of microbreweries and the hundreds of styles and flavors of beers at your local grocery store may obscure that fact, he’s right about the industry being relatively new. Local breweries closed across the country throughout the early and mid-20th century. It wasn’t really until the ’80s that home brewing and craft brewing started to become a thing. It grew in fits and starts over the next 20 years before the industry kicked off its current explosive growth in 2004. That’s the same year Short’s opened in Bellaire.

Short’s CFO Scott Newman-Bale says the response isn’t surprising. “That’ the typical reaction. It’s a small-business mentality. It’s a reaction to fear of what could change.

“We looked at it a lot,” he continues. “There’s no controlling interest. The industry is changing. We see bankruptcies out West. Large brewers are buying other breweries.” In an era and industry where the two say the only constant is change, the company saw this as the best way to continue to grow and experiment.

Lagunitas, the country’s ninth-largest brewer, is based in Petaluma, California. It went through the same kind of thing itself when it was purchased by Heineken. Its 19.99 percent equity stake in Short’s will be managed by Lagunitas U.S. Holdings (LUSH). The founding principle of LUSH is to build relationships with, and support, regional breweries. In keeping with this, Short’s will maintain its individual brand image.

“They’re older than us,” Newman-Bale says. “They’re going through things we have and we haven’t. They have experience. They’re not telling us what to do, but it we ask questions, they’ll answer.”

Short picks up on that with respect to questions surrounding the company’s upcoming brewhouse expansion. “Did we scale right? How does that impact the rest of the operation? We can plan right the first time.”

Short believes the relationship simply is an expansion of his business philosophy. ”I never imagined Short’s would become such a successful regional brewery. The secret to that success has always been to surround myself with good people who in many ways are smarter and more talented than myself. This partnership with Lagunitas is just another part of evolution in the cycle of our dynamic and growing business. Change is the only thing that stays the same.”

That’s not the only news coming from Short’s. The second annual release of Psychedelic Cat Grass, its  #WithoutDelayIPA, is coming August 9. The goal is to make it the freshest India Pale Ale on the market by packaging and distributing it within 24 hours of its brewing. This year, packaging of Psychedelic Cat Grass will begin at 12:01 a.m. on Wednesday, August 9 with distribution to take place throughout the day.

Newman-Bale says the goal is to double the fun by doubling the production and increasing the distribution. The company is moving ahead despite doubters. “We’ve been told by everybody it won’t work,” Newman-Bale says. “We’re pretty sure it will. We’ll probably lose money on it. It is high-risk. But we want to continue to do things like that.”

Tapping parties will take place throughout the company’s Great Lakes region distribution area, including Michigan, Pennsylvania, Ohio, Indiana, Illinois, and Wisconsin. Events include a release bar crawl in Madison, Wisconsin; a release in Lockhart’s BBQ in Royal Oak; a HopCat Tap Takeover in East Lansing; and tappings at Hops at 84 East in Holland, World of Beer in Canton, Hopsmith in Chicago and locally at 7 Monks Taproom. Sales of bottles will take place at the production facility pull barn in Elk Rapids beginning shortly after midnight.