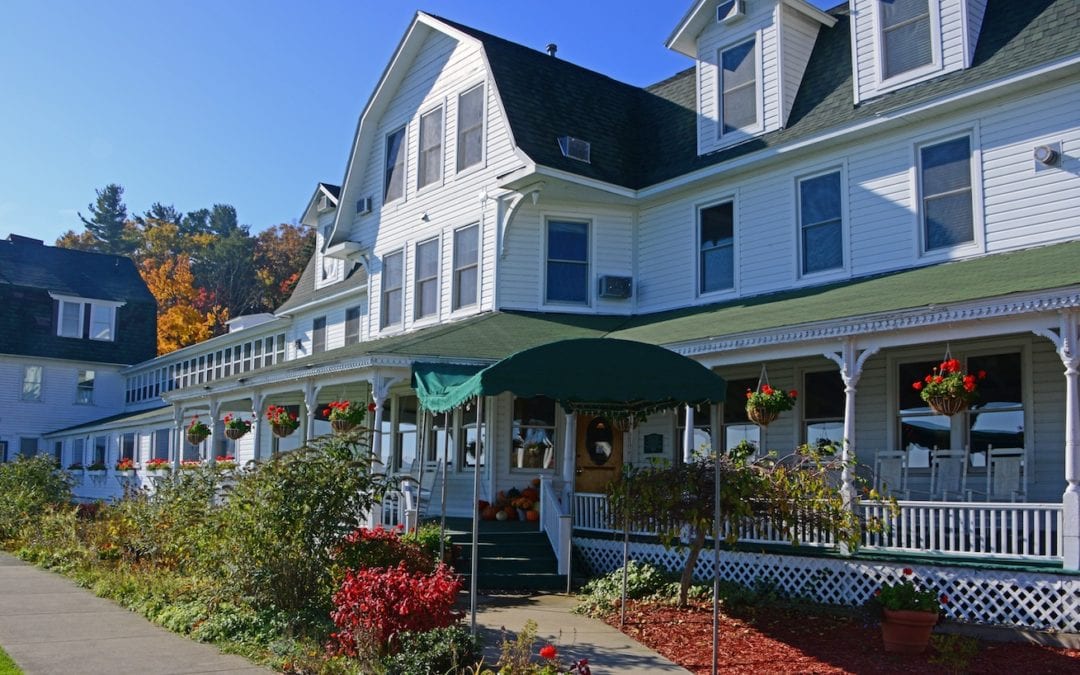 In 1903, a Chicago-based transportation company opened an elegant inn on Onekama’s Portage Lake. The same firm that designed Mackinac Island’s Grand Hotel designed the inn, and it echoed the Grand’s same Victorian presence. The inn owners named it The Portage Point Inn and used their five steamships, each 375 feet long, to ferry Chicagoans weary of their stifling summer to the reprieve of the north. The big passenger ships entered Portage Lake through a deep channel, and docked at the deep-bottomed berth right in front of the hotel. A dune that blocks wind from the big lake made the harbor ideal. 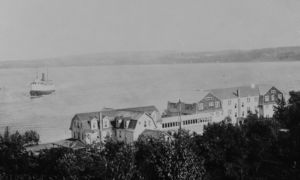 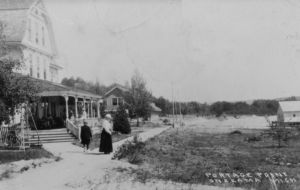 But despite the lovely inn, the beautiful setting and perfect harbor, over the decades, the fortunes of Portage Point Inn waxed and waned. A few years ago it fell into bankruptcy, which is how Robert Gezon, a dredging company owner, also became a resort owner, acquiring it during the bankruptcy proceedings.

Gezon intends to restore the resort’s luster, and he cleared a big hurdle in July 2017 when the township unanimously approved the master site plan, which includes renovations on the hotel, cottages, cabins and condos and an expanding the marina by adding 27 slips to the existing 48. The footprint of the resort buildings will be largely unchanged. Other permit hurdles remain, most notably state and federal approvals for the marina expansion. But Gezon has made his career cleaning up contaminated harbors and feels comfortable with the regulatory requirements the marina will have to meet. Gezon won’t speculate on completion date (the township approval alone took 2.5 years), but says he won’t be deterred. One special amenity to watch for: a culinary teaching program affiliated with Baker College that will run the Portage Point Inn restaurant. Stay tuned. 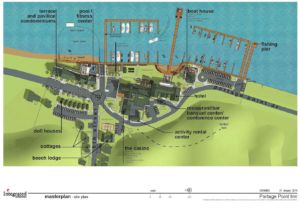