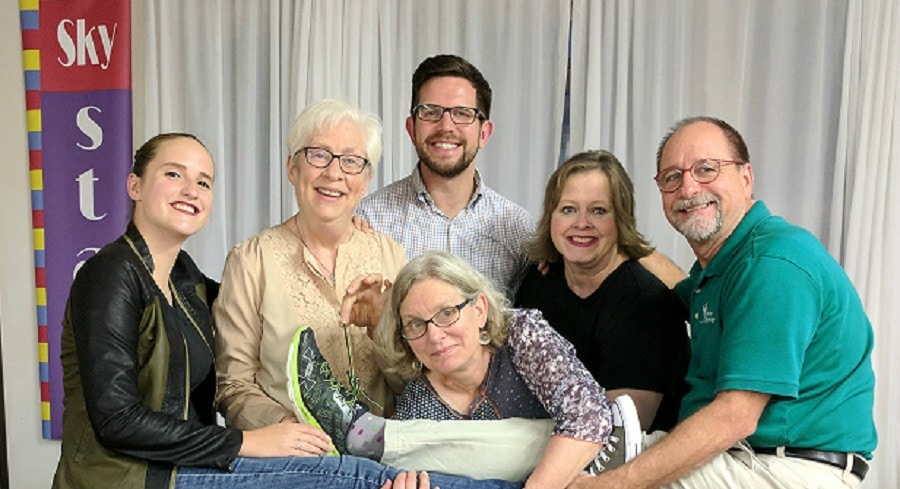 How do you create a uniquely Petoskey comedy show? Obviously, start with some first rate, homegrown, Petoskey comedy talent. For example, take Dean Tahtinen and Sally McCoy from Laugh and Disorder, Petoskey’s long standing improv troupe that performed from 2004 through 2009 at the City Park Grill, Blissfest, and the Perry Hotel. Then add Julie Stoppel who taught the fine art of improv performance to dozens of school kids through her group, Acting Up. Stir in one of those kids’ parents, Carol Balousek. Bring to a boil with Mara Klco who created the Dread Pirate Improv Troupe with her high school classmates and then arranged for them to open for the professional River City Improv at their off-season public performances. Finally, sprinkle in friendly newbies like Aaron Steppe and voila, Petoskey has its own brand new improv comedy troupe! Of course, their homegrown comedy performances are created just for Petoskey. They confirmed this by calling themselves the PIT!

Petoskey Improv Troupe’s first public performance took place at Red Sky Stage on July 2, 2017. They have been performing their family friendly improv at Red Sky Stage every month since then.

If you’ve ever wondered how comedy is done, come to a performance and watch these experts build it sketch by sketch right before your eyes. As a member of the audience, you will be a critical part of this creative process as you provide random scenarios, questions, thoughts, and ideas that the troupe uses to spontaneously create humerus challenges and rapidly change them in the middle of a scene. Then watch as the troupe reacts and fleshes out hilariously clever dialogue and action on the spur of the moment.

This fast-moving, ever-changing, unpredictable stream of conscious is improv. Petoskey Impro Troupe’s next show is on Monday, September 10, 8 p.m. at Red Sky Stage. Be a part of the fun!