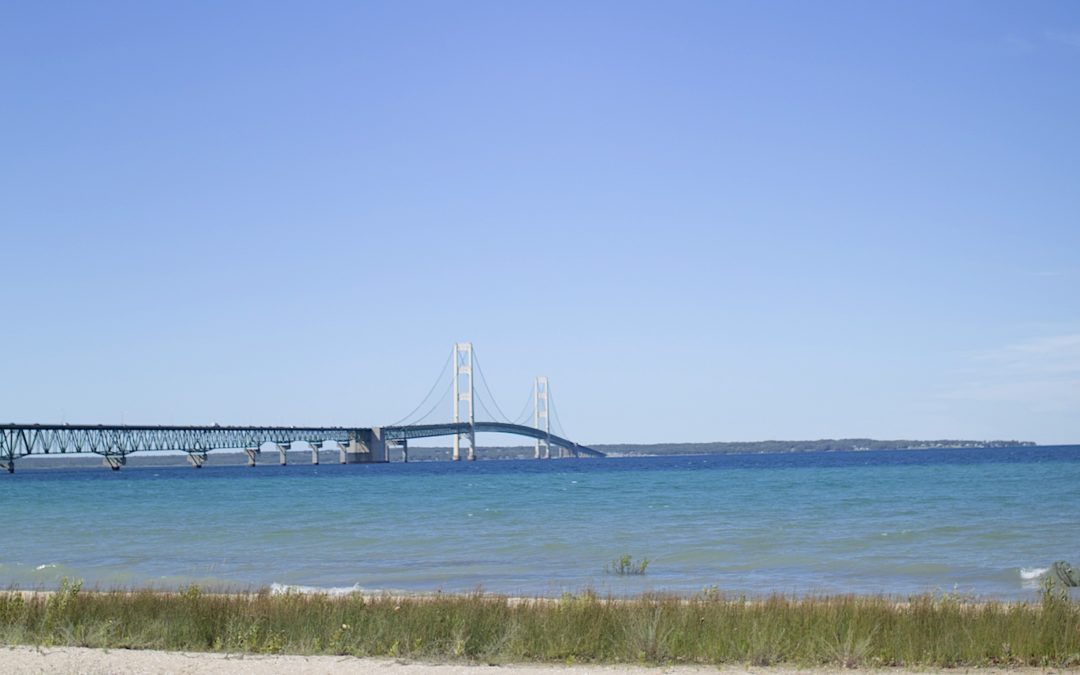 As many as 60,000 people are expected to converge in the Straits of Mackinac Monday, September 4 to take part in the 60th Annual Mackinac Bridge Labor Day Walk. As a safety precaution, the Mackinac Bridge Authority will close the bridge to automobile traffic between 6:30 a.m. and noon that day—only authorized buses transporting walkers and emergency vehicles will be permitted on the bridge during that time.

This is the first year that the five-mile Mackinac Bridge itself will be closed to vehicles during the walk, which begins at sunrise at 7 a.m. in St. Ignace. Participants must board an official shuttle bus by 10 a.m. in order to complete the walk by noon.

Michigan State Police (MSP) are also planning some highway and ramp closures along Interstate 75 and US-2 to reduce traffic flow in the Straits area that morning.

MSP has contingency plans for traffic issues on Monday morning while the Mackinac Bridge is closed. Gaylord State Police Post Commander, 1st Lt. Mark Harris says that the process of directing traffic during the Bridge Walk is going to be an “ongoing, fluid situation.” Officials will strategize about how best to direct traffic throughout the day. “Obviously, the intent is to minimize motorists being stranded while the bridge is closed.” He has provided the following details to be shared with the public:

In preparation for the closure, 150 portable toilets will be placed every quarter mile along this stretch of US-2 which runs along the Lake Michigan shoreline. MBA will also offer water and snack stations for motorists waiting for the bridge to reopen.

Additionally, two MBA mechanics will be patrolling on both sides of the bridge to help anyone who might be having vehicle problems during the delay.

With the assistance of Mackinac County 911/Emergency Management, you can sign up now for text updates during this year’s Labor Day Bridge Walk.

“With the changes taking place during this year’s walk, we’re trying to reach as many travelers and bridge walk participants as possible,” said Bob Sweeney, executive secretary of the MBA. “We really appreciate Mackinac County 911/Emergency Management’s willingness to make this system available for notifications on this event.”

There is no cost to receive these updates, aside from any texting fees from the participant’s mobile coverage plan. The system will automatically shut down on September 5.

To opt in to this text alert system: 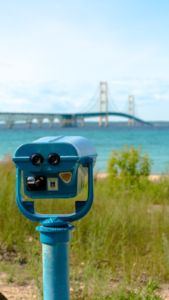 The Mackinac Bridge Walk was started and took place in late June 1958 during the bridge’s dedication ceremony, led by Governor G. Mennen Williams. That first year only 68 people walked across the bridge. The walk was changed to Labor Day in 1959, and for the first few years, participants in the walk alternated north and south in consecutive years. The St. Ignace to Mackinaw City (north-to-south) route became a constant in 1964.

In an average year, 40,000 to 65,000 people participate in the five-mile walk—nearly the combined population of the three counties connected by the bridge (Emmet, Cheboygan and Mackinac). The record number of walkers is estimated at 85,000 in 1992 when President George H.W. Bush participated. Over the past 60 years, it is estimated the collective number of walkers is over 2 million.

The “Mighty Mac” is currently the third largest suspension bridge in the world. Construction began in May 1954 (with official ceremonies taking place in both St. Ignace and Mackinaw City) and was completed in 1957. The first private car to cross the bridge—1951 Chevrolet Styleline De Luxe station wagon driven by Al Carter of Chicago—did so on November 1 that year. That vehicle is on permanent display at the Grand Rapids Public Museum.

Motorists who are delayed in their crossing of the Mackinac Bridge on Monday, September 4 are invited to explore some of Mackinaw City’s unique attractions, including (but not limited to):

For lodging reservations for the Labor Day weekend, or throughout the fall season, visit MackinawCity.com/stay/.