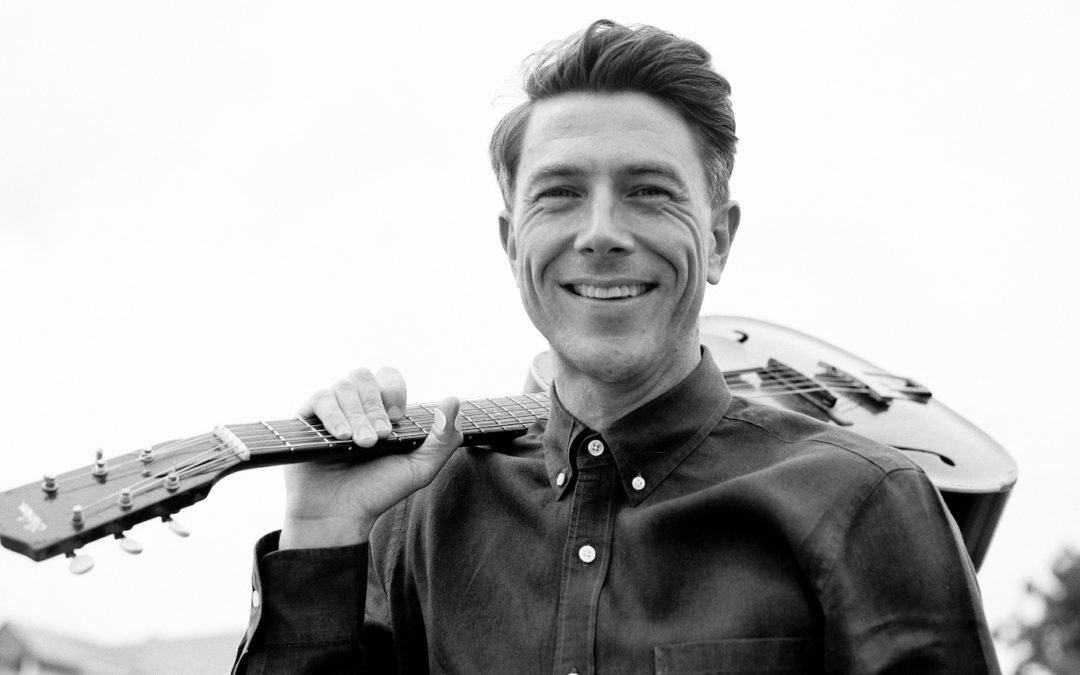 For Luke Winslow-King, home is a relative term. As a touring musician, he’s frequently on the road, playing this concert hall, that festival, clubs, theatres and other gigs. So after making the Big Easy his home base for years, he decided to return to Northern Michigan, settling in an apartment in his hometown of Cadillac.

“I decided it was time to come home,” Winslow-King says. “I’m still keeping a foot in Louisiana. I’m working there and in Europe.”

And locally as well. This weekend Winslow-King is going down the road from Cadillac to Hoxeyville, performing at the annual roots/Americana festival Friday. That’s the first of his upcoming slate of shows in the region. He’s following it with a show Wednesday at the Rotary Performing Arts Pavilion in Cadillac, then Short’s Brewing Company in Bellaire on Thursday the 24th and the Filling Station in Traverse City Saturday, August 26. September 8 and 9 he will be at the Wheatland Music Festival in Remus.

The 34-year-old started performing weekly in a local bar band at 14. He formed his own group, the Winslow-King Blues Band, at 16. He studied at Interlochen Arts Academy, where he majored in jazz guitar. He says his instructor there, John Wunsch, played a major role in his development. “Being a young guy from Cadillac, he gave me an opportunity to see the world through music. He gave me a scholarship. I’m very grateful.”

From Interlochen, Winslow-King moved on to see the world and play it. At least as far as New Orleans, where he was forced to stay for a time when his ride, full of musical instruments, was stolen. Despite that inauspicious beginning, he found the Big Easy an easy place to be. New Orleans became his home base, and center of his continuing musical education, busking by day and working the clubs at night. He immersed himself in the traditional jazz songbook, playing with some of the city’s best musicians: learning gospel and jazz standards accompanying John Boutté, picking up bottleneck slide guitar from blues maestro Roberto Luti, playing with outfits like John Sinclair’s Blues Scholars and Ben Polcer and The Loose Marbles Jazz Band.

His recorded output started with Old New Baby, recorded mostly live at Preservation Hall in 2008. He joined the Bloodshot Records roster in 2013 with the release of The Coming Tide and followed that up with 2014’s Everlasting Arms. I’m Glad Trouble Don’t Last Always, released last year, signaled a shift toward a more rock-oriented sound. “I don’t look for it (a musical direction), I just let it come to me. I have a new album half finished. I’ll have it out in the spring. It’s got a rock and roll feel,” he says, adding there are still some folk sounds to it as well.

With so much music on his mind, plus trying to find time for friends and family as well as outdoor activities such as fishing and canoeing, Winslow-King still is able to occasionally indulge his listening ear as well. His favorites range from African blues to American Mississippi blues to—Bob Seger? “Seger, some folk from the 70s, Bob Dylan—his New Morning was the soundtrack to my winter in Michigan,” Winslow-King says.