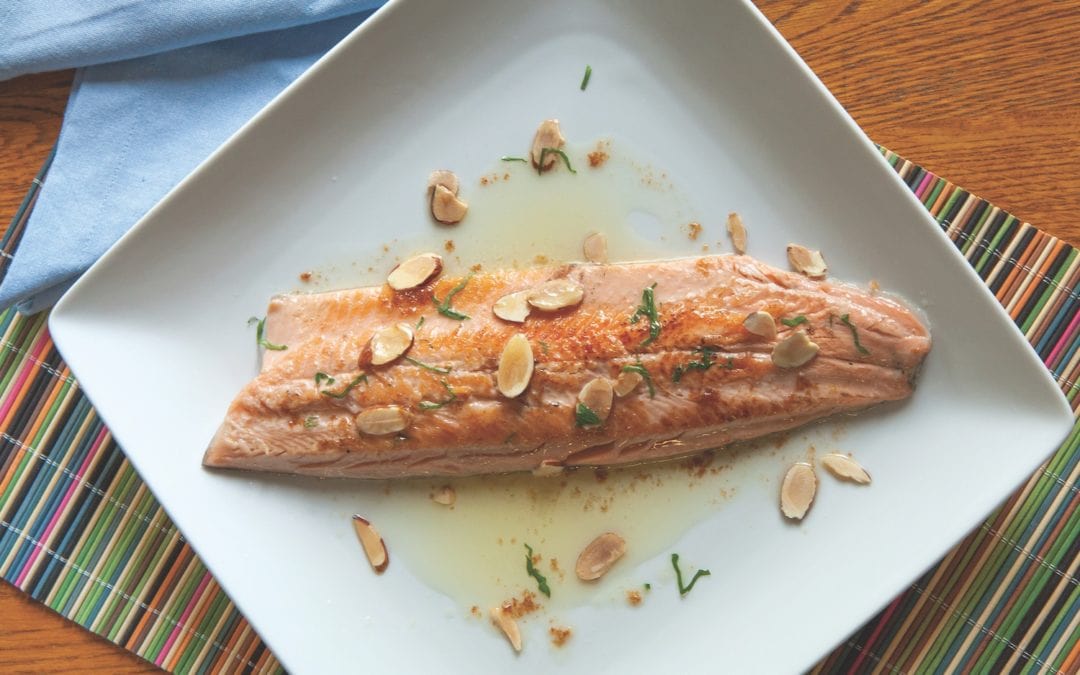 After graduating from the Culinary Institute of America in New York City, Chris studied under Ripert at Le Bernardin. Eventually, Courtright settled in Northern Michigan by way of a sous chef job at the Iroquois on Mackinac Island. Several years ago he traded in his apron to head up the Farm Bureau Insurance Agency in Cadillac. But no doubt, Chris still knows his way around a fish—catch one of his classes at Northwestern Michigan College’s Extended Education program. 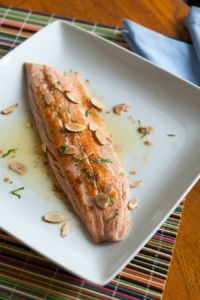 Pour oil in a heavy skillet that is just a few inches larger than your fillets, and heat until just barely smoking. Season fish with salt and pepper. Place fish in hot pan, holding the fillets so that you release them on the farthest side of the skillet from you will help prevent the hot oil splattering your arm. Regulate heat so as not to burn your fish.

Sautée until the fillet edges start to brown and the fish is roughly halfway cooked through, then flip over. Fish is done when it reaches 125- to 130-degrees on a cooking thermometer, or when the interior flesh appears medium rare to medium.

Remove the fish from the pan to serving platter. Wipe the pan you just sautéed the fish in with a paper towel to remove excess oil. Add butter to the hot pan and melt until it starts to turn golden brown. Turn off the heat and stir in the lemon juice. Add almonds and pour butter over the fish.