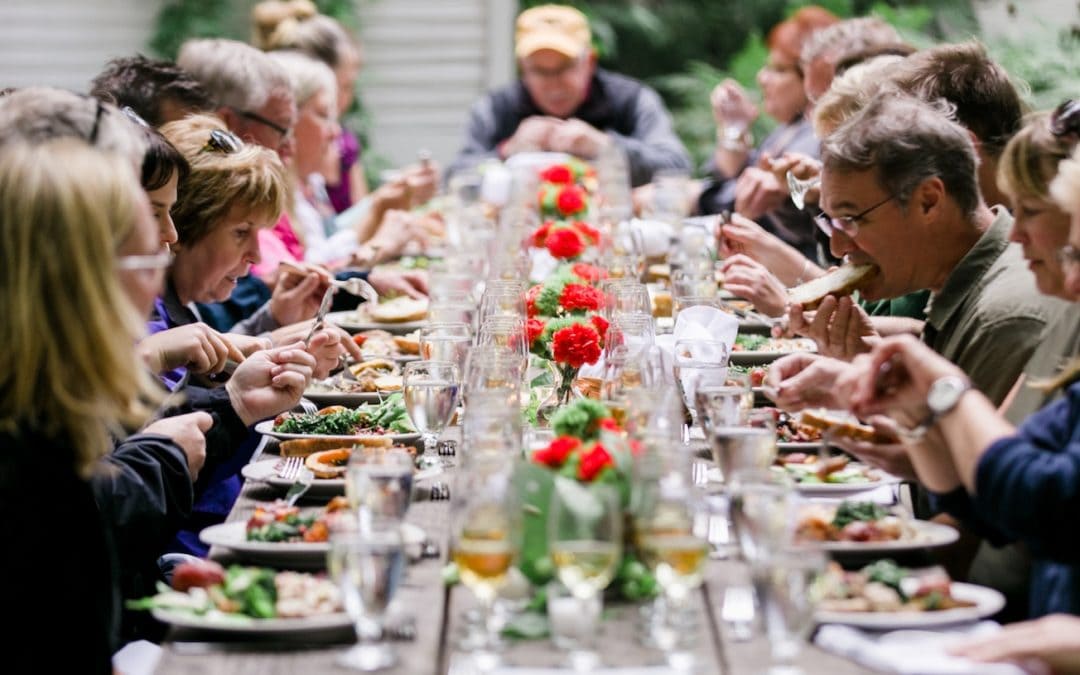 Zingerman’s, the well-known deli in Ann Arbor, is coming to Traverse City. No, it’s not opening a branch store filled with Black Magic Brownies or its other goodies. Instead, it’s showing off this region’s foodstuffs, and where they come from, to food tourists.

Dan and Janene Centurione are leading a three-day Zingerman’s Food Tour September 22–24, which will focus on the connections between local farmers and local foods, as well as wine, beer and cider. “It was successful last year, and we did (another) one in June. This is our third time leading a tour,” Janene says.

This time around, the Centuriones and 20 attendees will visit the Little Fleet, Brewery Terra Firma, Left Foot Charley and Alliance, as well as meet with the Minervinis at the Village at Grand Traverse Commons—and that’s just the first day. Over the next two days, the group will visit farms, restaurants, other purveyors of food and wine, even enjoy a Native American-themed dinner aboard the Inland Seas. 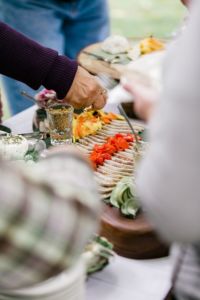 It’s all about demonstrating the connections between the land, the foods and beverages we eat and drink, and the ways in which they are prepared and distributed. In explaining the trip online, the Centuriones say they use local food culture and history as a way to connect travelers with a sense of place. “We talk about the future visions of the owners: How they adapt, labor issues, business models,” Janene says. As an example, she points to Food For Thought, the “wild and organic” business helmed by Timothy Young. He’s in the midst of moving the operation from his home farm between Empire and Honor to a site on Long Lake Road, formerly the home of Long Lake Elementary, in Traverse City.

The tour costs $1,700 per person or $3,000 per couple, which includes all lodging and meals. Janene says they’re offering a discounted rate for individuals from the Grand Traverse area who want to partake in the activities at various stops but don’t need lodging. “No, it’s not inexpensive, but we break it down to the number of experiences,” Janene says. She adds that the relationships she and her husband have developed between themselves and the farms and other business owners allow for behind-the-scenes activities that would be impossible to replicate. “It’s value versus cost. You couldn’t do this by yourself. By Sunday night, people are thrilled and exhausted,” she says. 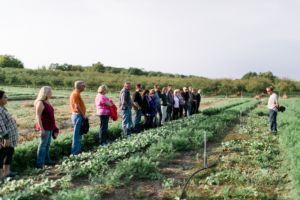 Each evening ends with a pretty spectacular dinner. Friday night’s dinner is at Alliance, with chef James Bloomfield and owner Pete Peterson, famed for his time running the award-winning restaurant Tapawingo in Ellsworth. Saturday’s dinner is aboard the Inland Seas with the chef from Hotel Indigo preparing Native American foods such as pemmican, buffalo and popcorn soup. Sunday night is a gathering at Cherry Basket Farm featuring Tandem Ciders.

In between, there are hands-on visits to farms such as Food For Thought, 9 Bean Rows and Hillside Homestead, even a tour of Cherry Capital Foods, which distributes foodstuffs from this area across the state.

Zingerman’s Food Tours actually originated more than 30 years ago, taking people to various destinations in Europe connected with some of the foods sold at the deli. While they were successful, Janene said they found younger people were more interested in excursions that cost less and offered more than just dining at restaurants. They were interested in things that were more active, less expensive and offered more of a look behind the scenes. 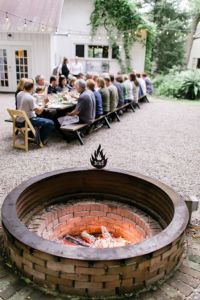 The idea coalesced after a tour the Centuriones took themselves two years ago on the Leelanau Peninsula. Sixteen of the other 18 attendees were from outside of the state. “The questions they had gave us the idea,” she says.

Like that outing, those who have signed up for this tour and previous ones come from across the country. Some are completely unfamiliar with Traverse City and Northern Michigan, but they know Zingerman’s and are interested in exploring food and its sources. Janene says while all participants are inveterate food enthusiasts, a majority are also looking at the trip as a means to improve their own local food scene, wherever that is. “They’re all dedicated foodies, but probably 75 percent are interested in taking what they’re learning back to their community and businesses.”

The Centuriones are only too happy to showcase what this region has to offer. “Traverse City is very creative in the way it’s linking together the facets of the food economy,” Janene says—particularly the ways in which farms, purveyors and distributors are working together. “There are lots of cities doing that, but Traverse City is a leader.”